With dramatic reveals, petty fights, and heartbreaking confessions, the newest episodes of “When My Love Blooms” keeps viewers on their toes. As Yoon Ji Soo (Lee Bo Young) and Han Jae Hyun’s (Yoo Ji Tae) affair begins to seep out into the open, they start facing what their actions mean outside of their bubble. Episodes nine and 10 delightfully drive the plot forward and here are some of the things I loved and hated about them.

Warning: Spoilers for the latest episodes and mentions of suicide below.

1. LOVED: Jae Hyun acknowledging that he will come back to Ji Soo

As admirable as Jae Hyun can be, there are times where he seems to cause more damage than good. While he has good intentions towards Ji Soo, most of the time his actions make her to be an easy target for his wife and father-in-law (Moon Seung Geun). This week he finally has a conversation with both Ji Soo and Jang Seo Kyung (Park Si Yeon) where he acknowledges that he will try and get a divorce. 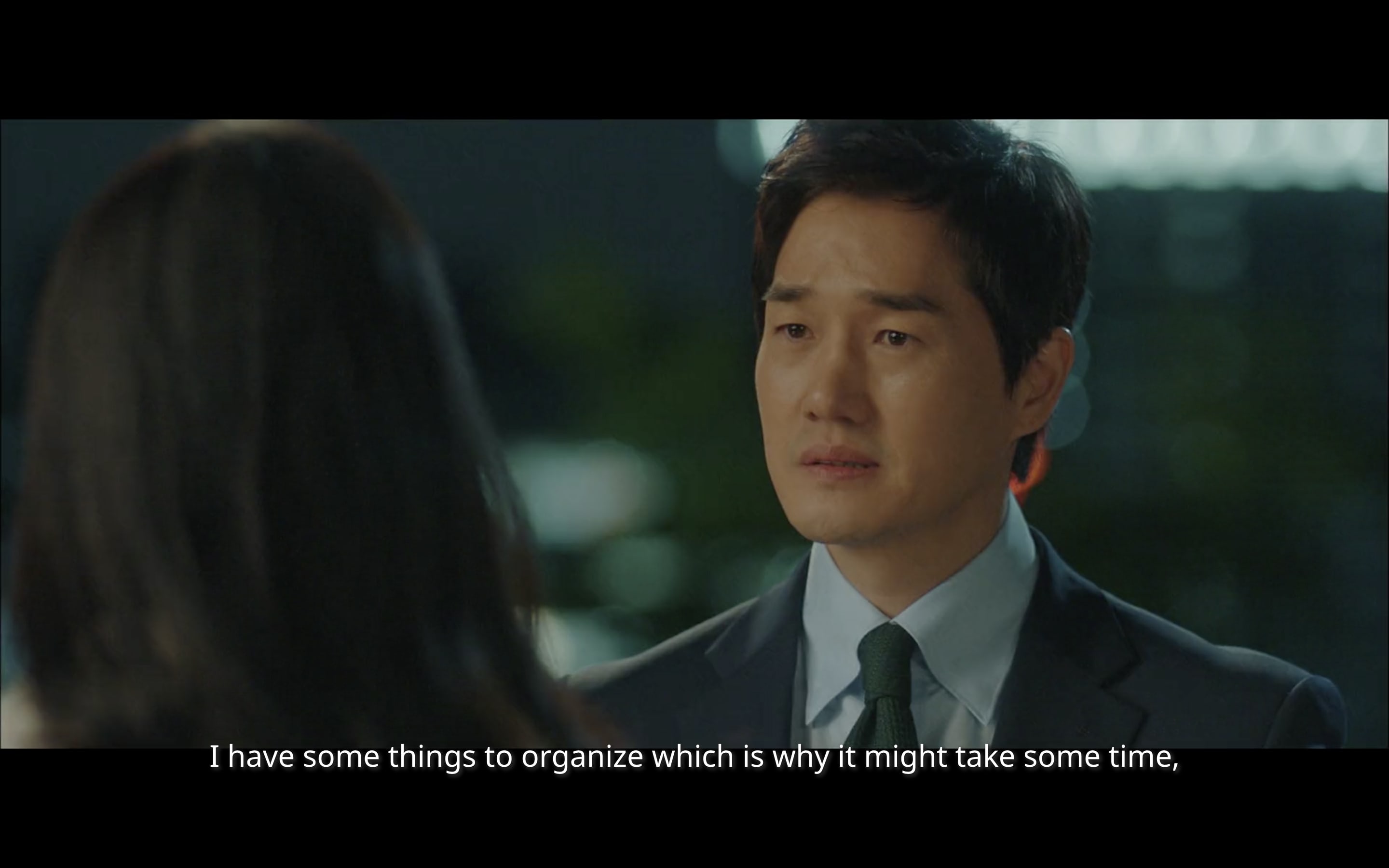 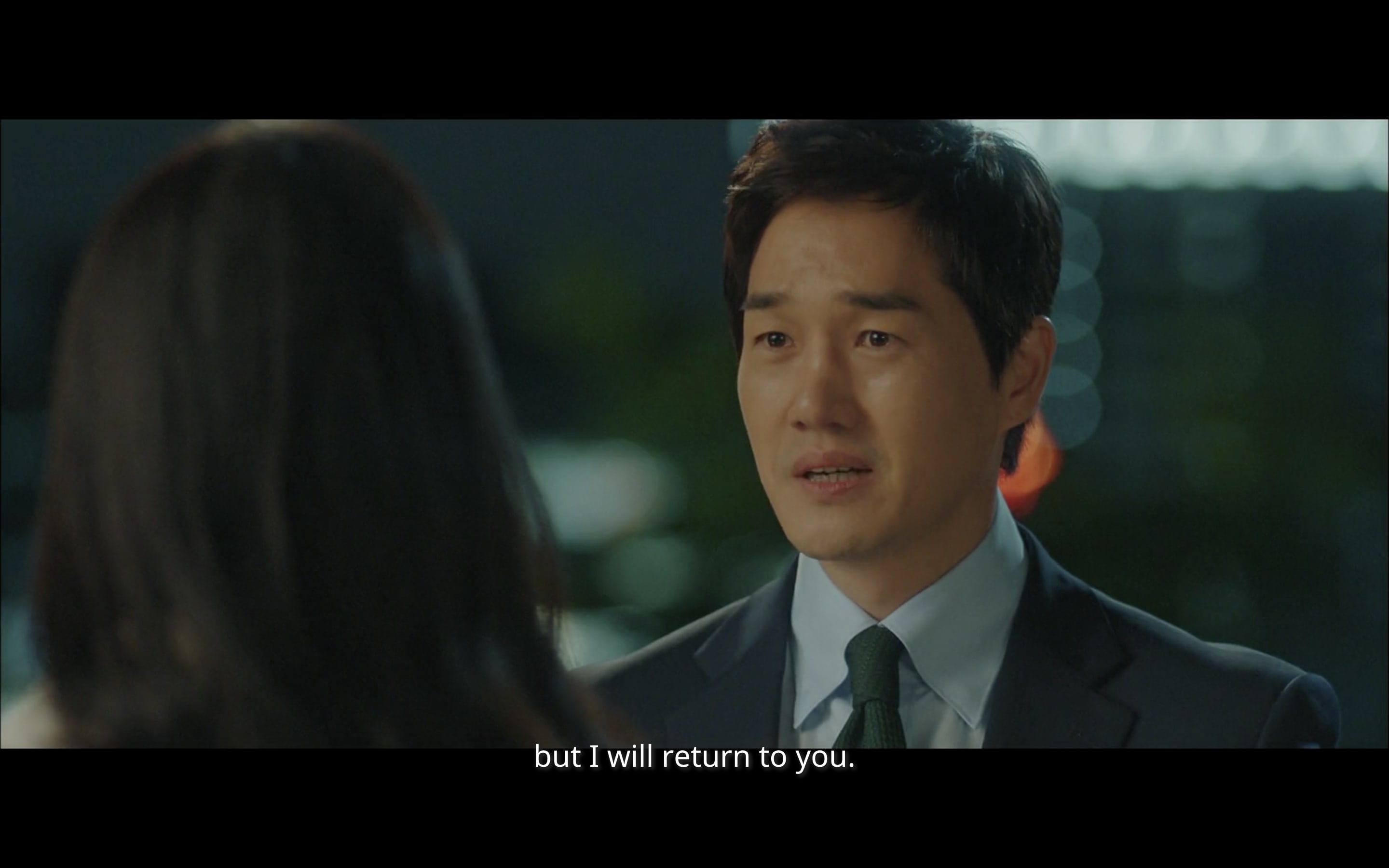 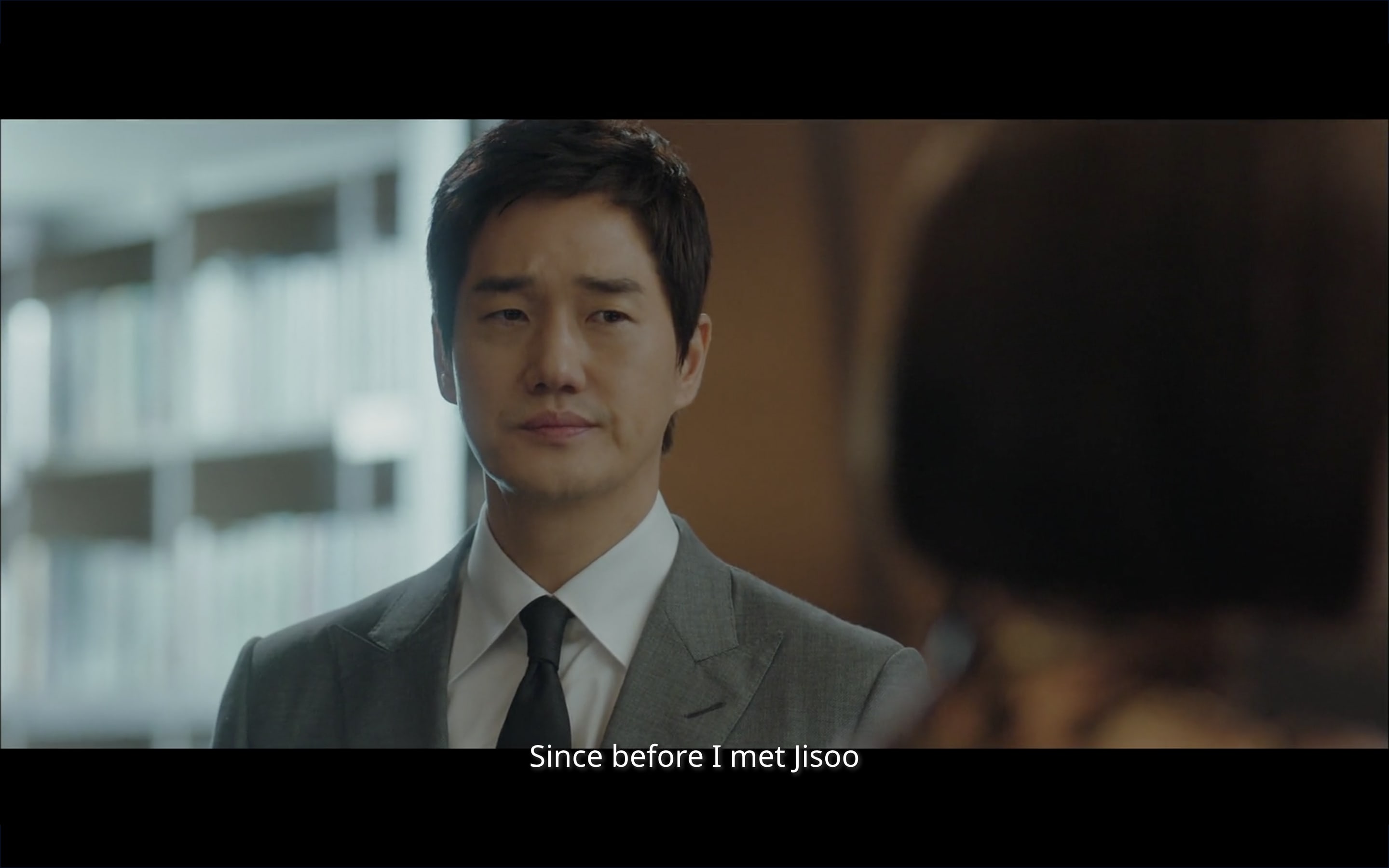 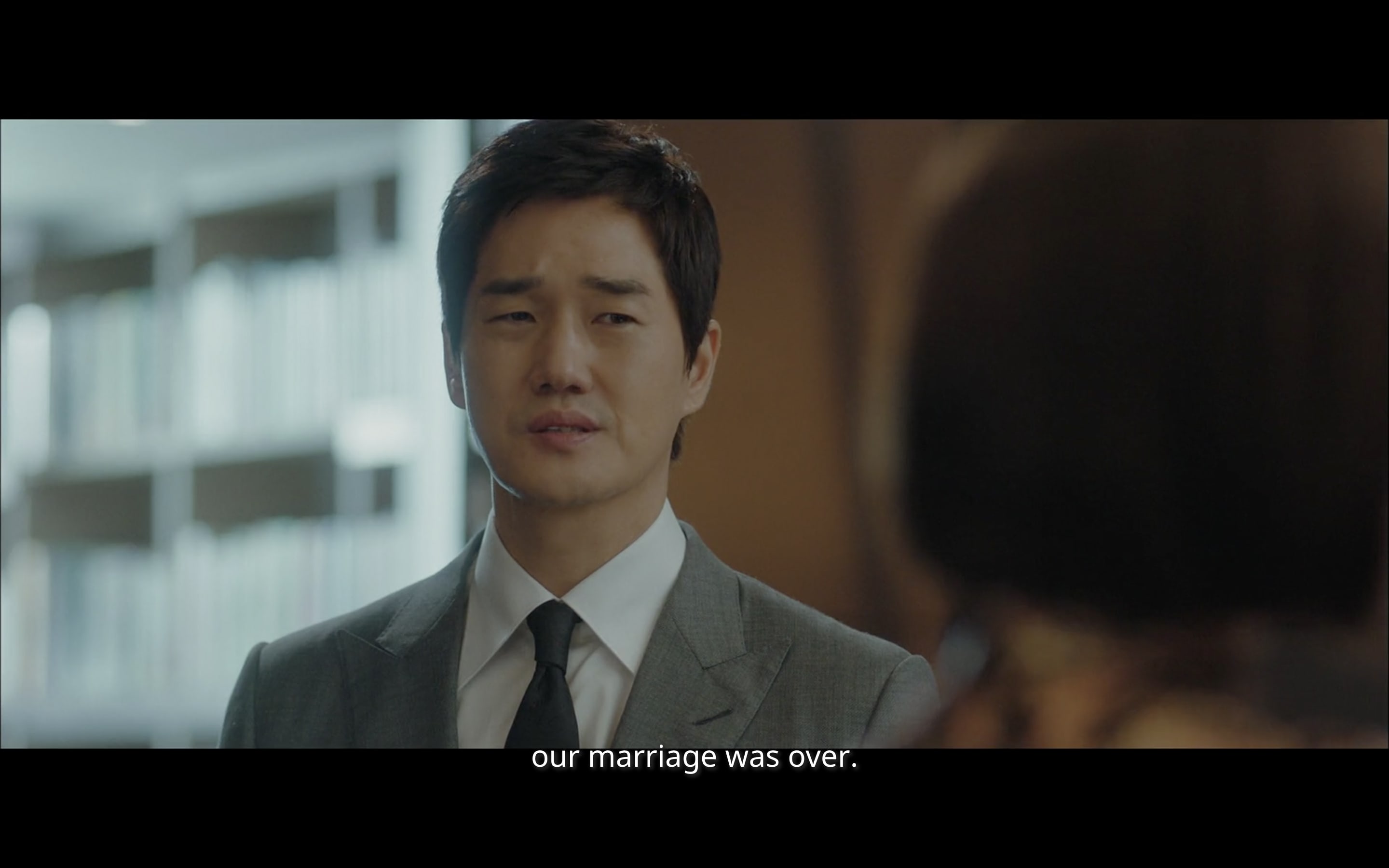 These scenes feel like a breath of fresh air. It’s great to finally see that he will be taking action to change his life instead of just selfishly having Ji Soo on the side.

One of the most heartbreaking scenes from this week is when Ji Soo leaves Jae Hyun after discovering that her mother and sister died in a collapsed shopping mall. Stricken by her grief, she loses her shoe but keeps running towards the train. Jae Hyun tries to follow her but ultimately is stopped because he cannot desert his post. 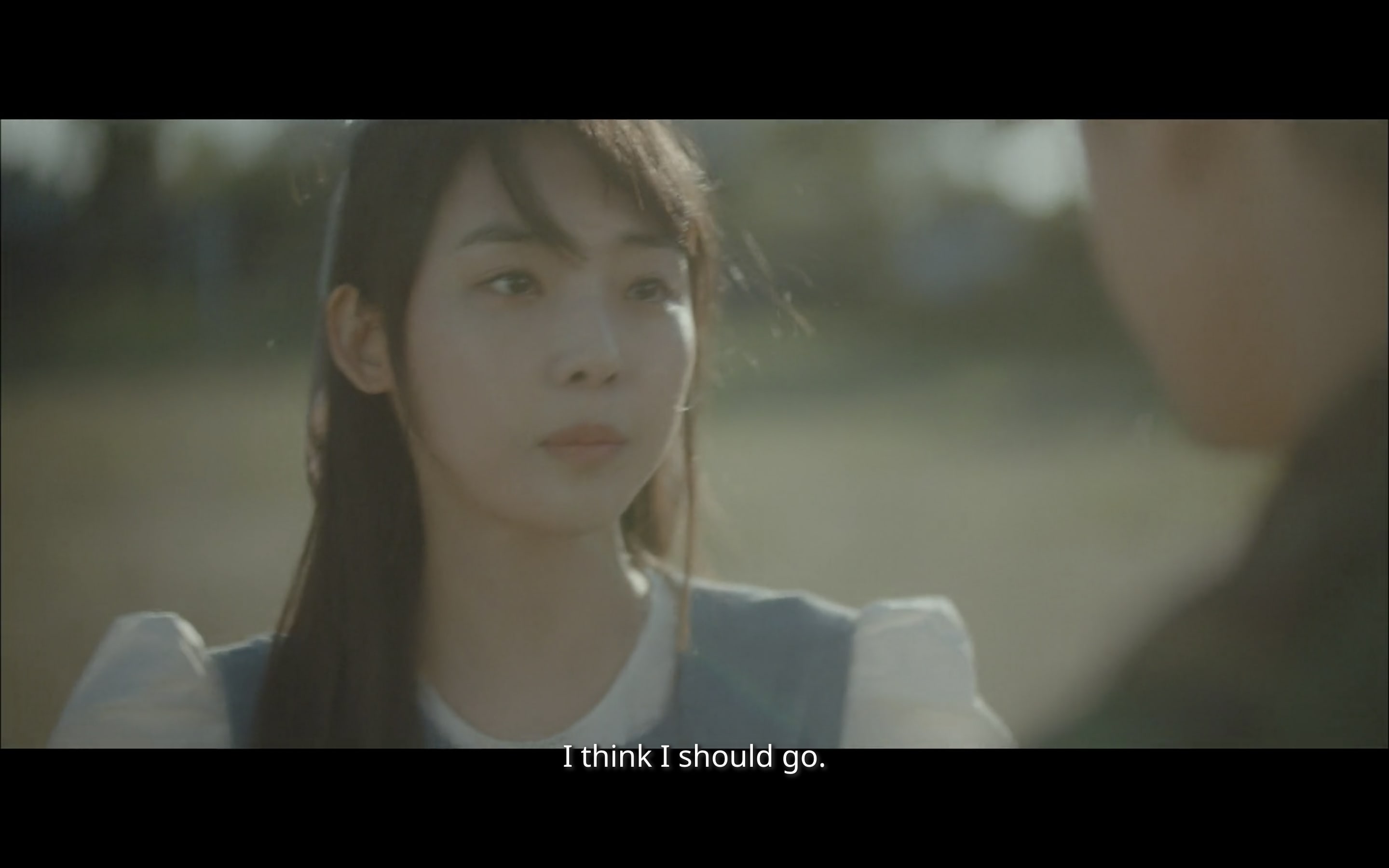 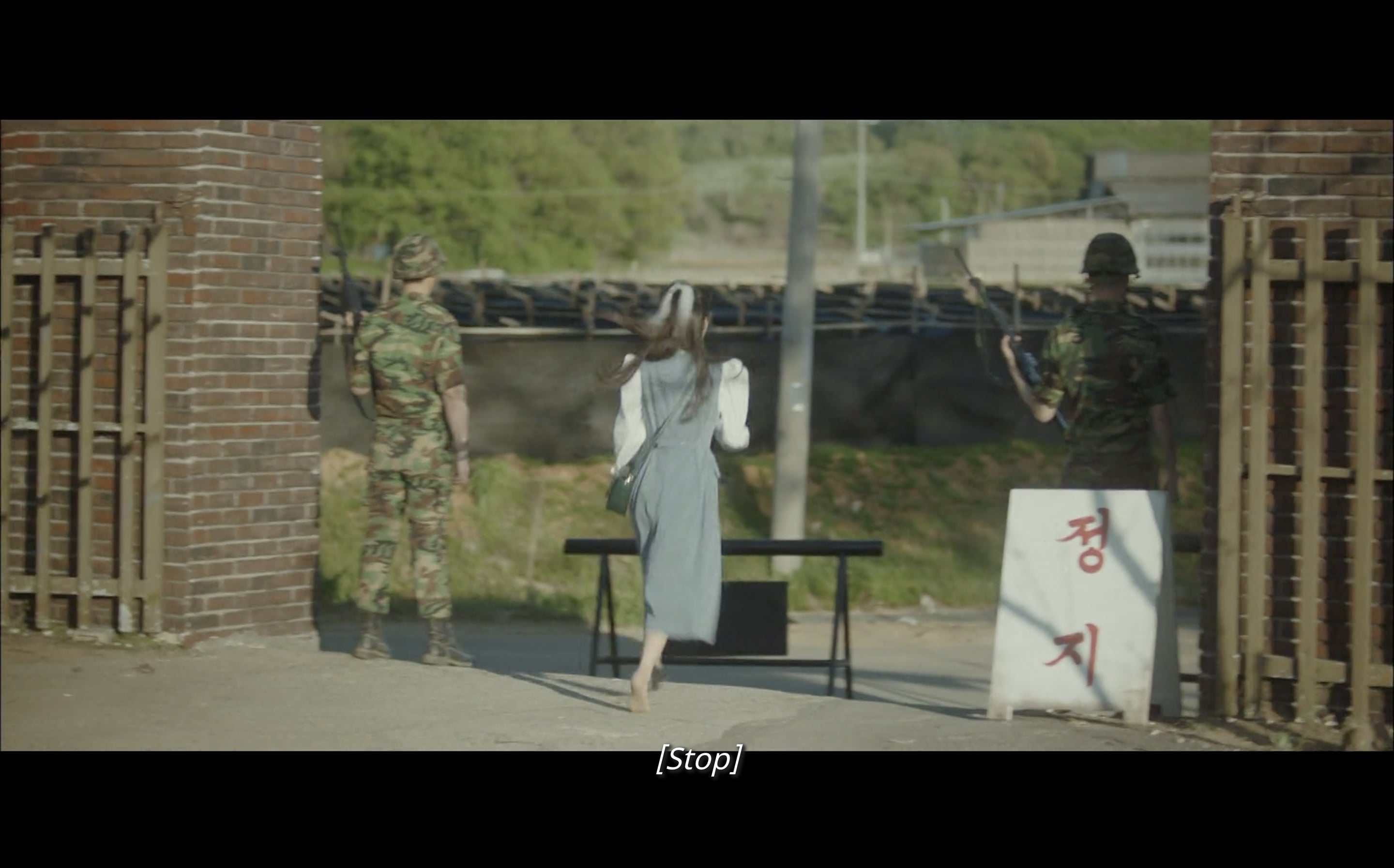 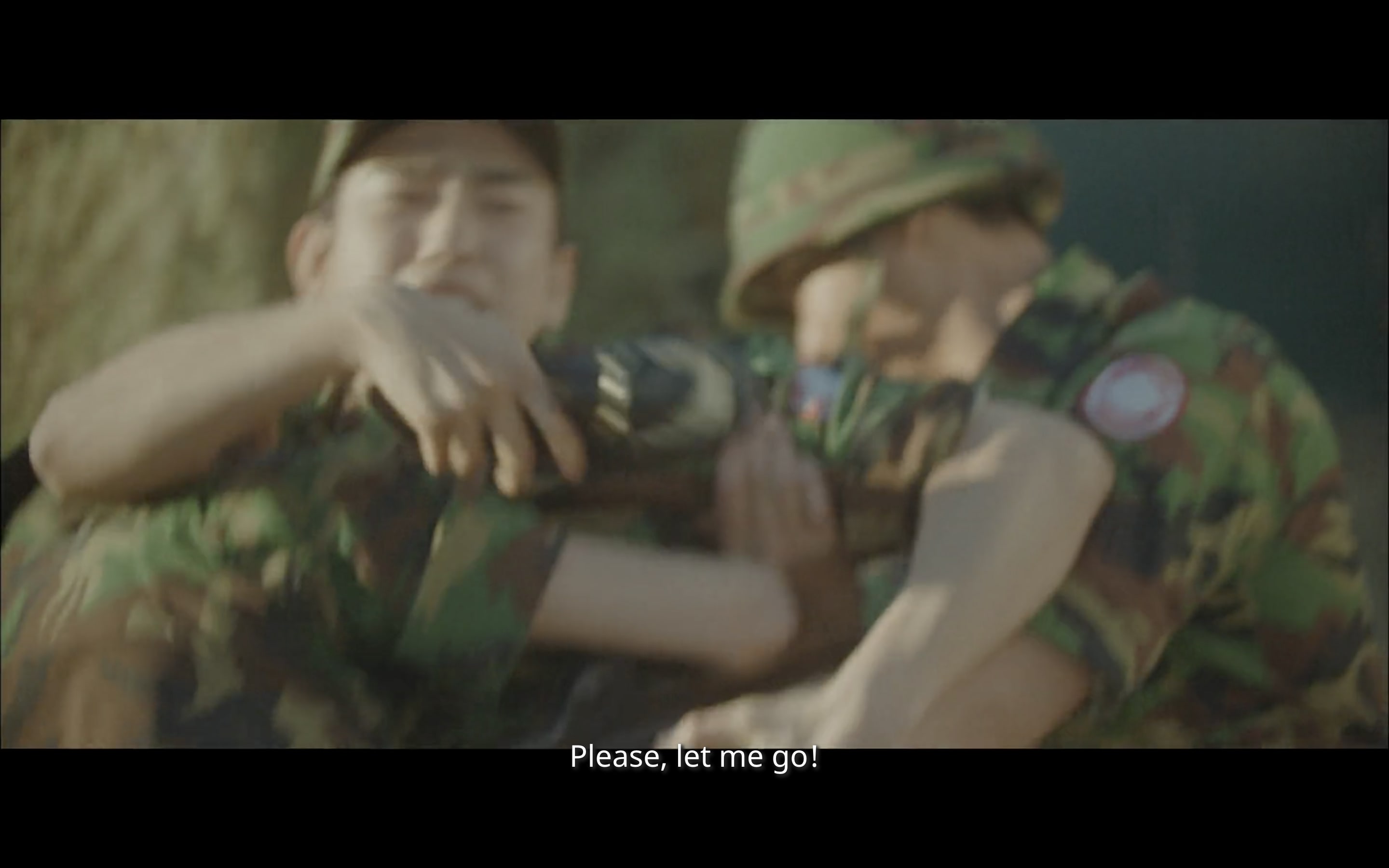 This past scene is paralleled against the present time when Ji Soo begins to have a panic attack on the train. Jae Hyun follows her and this time he gets to comfort her. 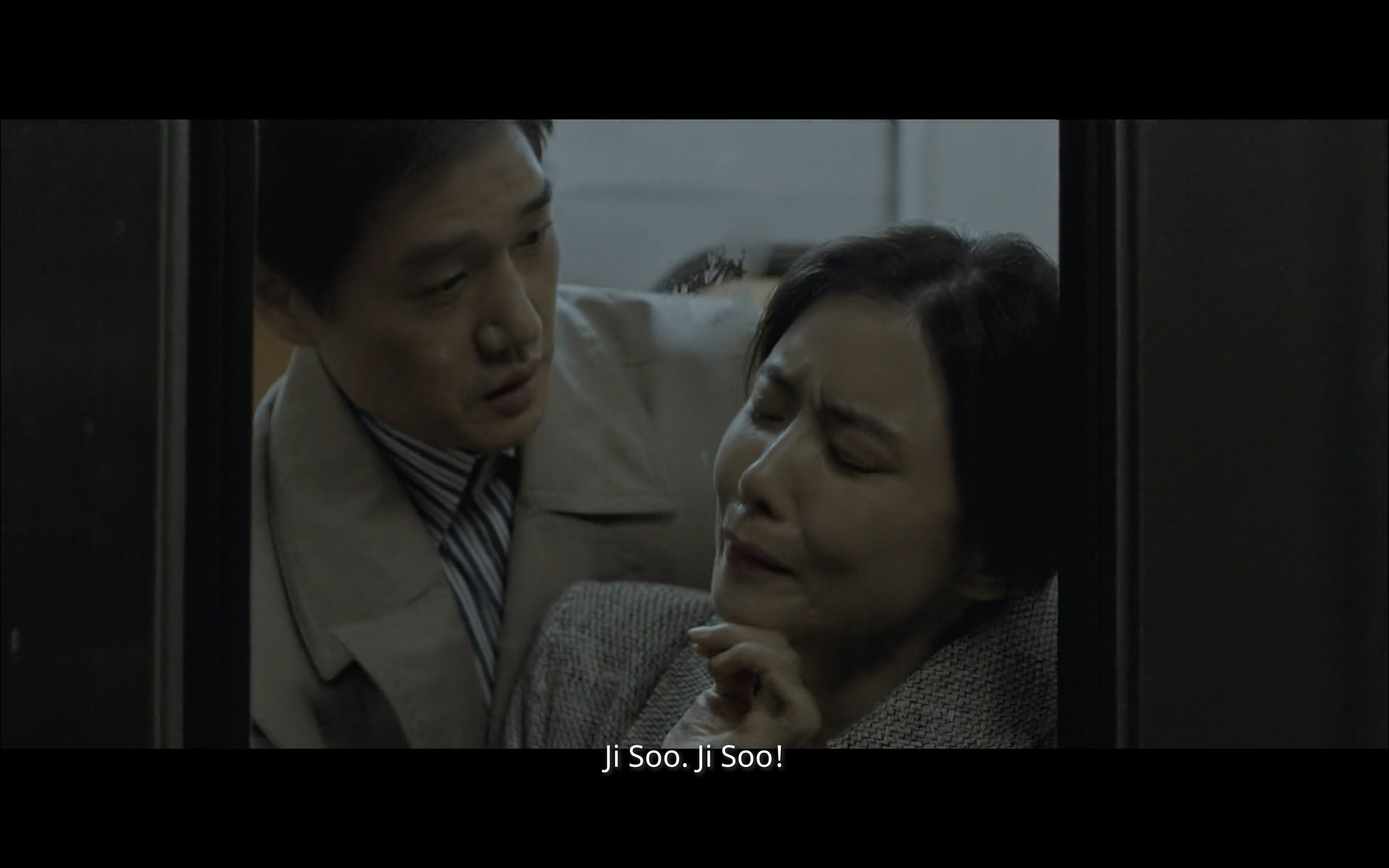 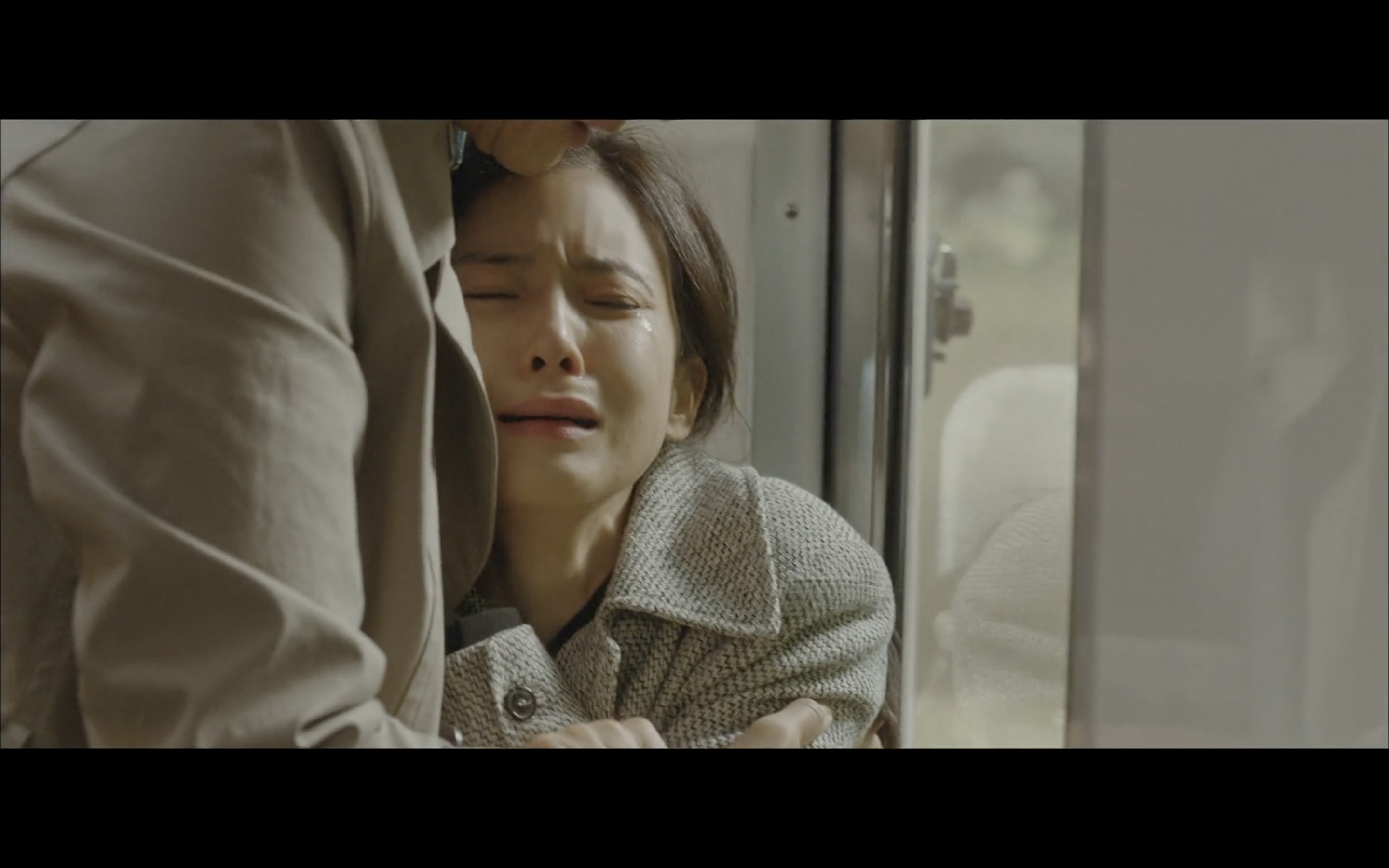 “When My Love Blooms” definitely has its cinematic parallels down to a tee. This scene feels like things have come full circle and it’s bittersweet that Ji Soo doesn’t have to be alone and can share the burden she feels from that day. The actors from both past and present nail all of the emotions and it’s remarkable.

The antagonistic behavior between Jang Joon Seo (Park Min Soo) and Young Min (Ko Woo Rim) continues this week after Joon Seo immediately begins a fight upon hearing that his father is having an affair with Young Min’s mom. As usual, the school goes out of its way to make sure that Young Min will take the blame. After getting his mother’s support, Young Min faces the principle and announces that he will leave school. 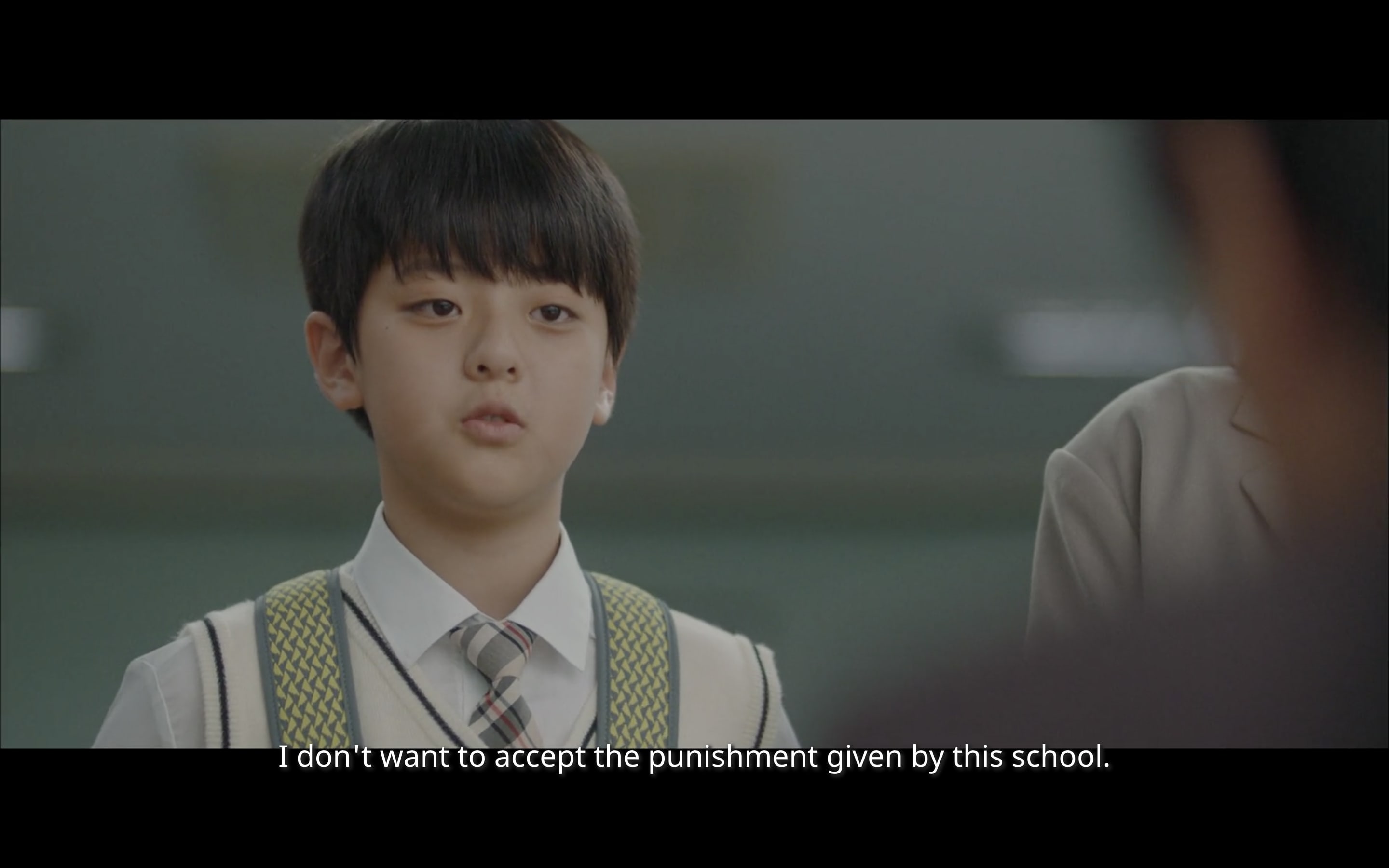 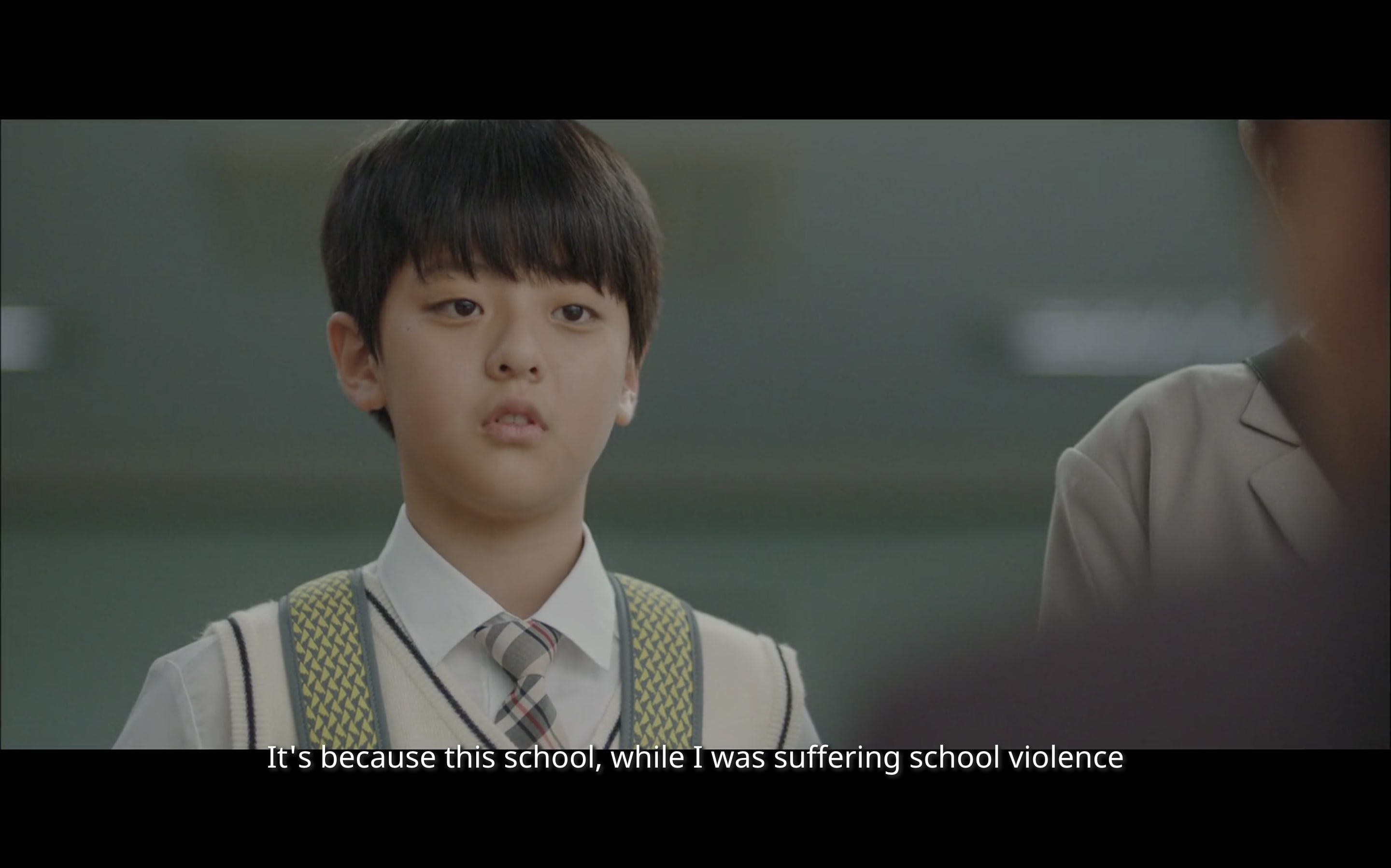 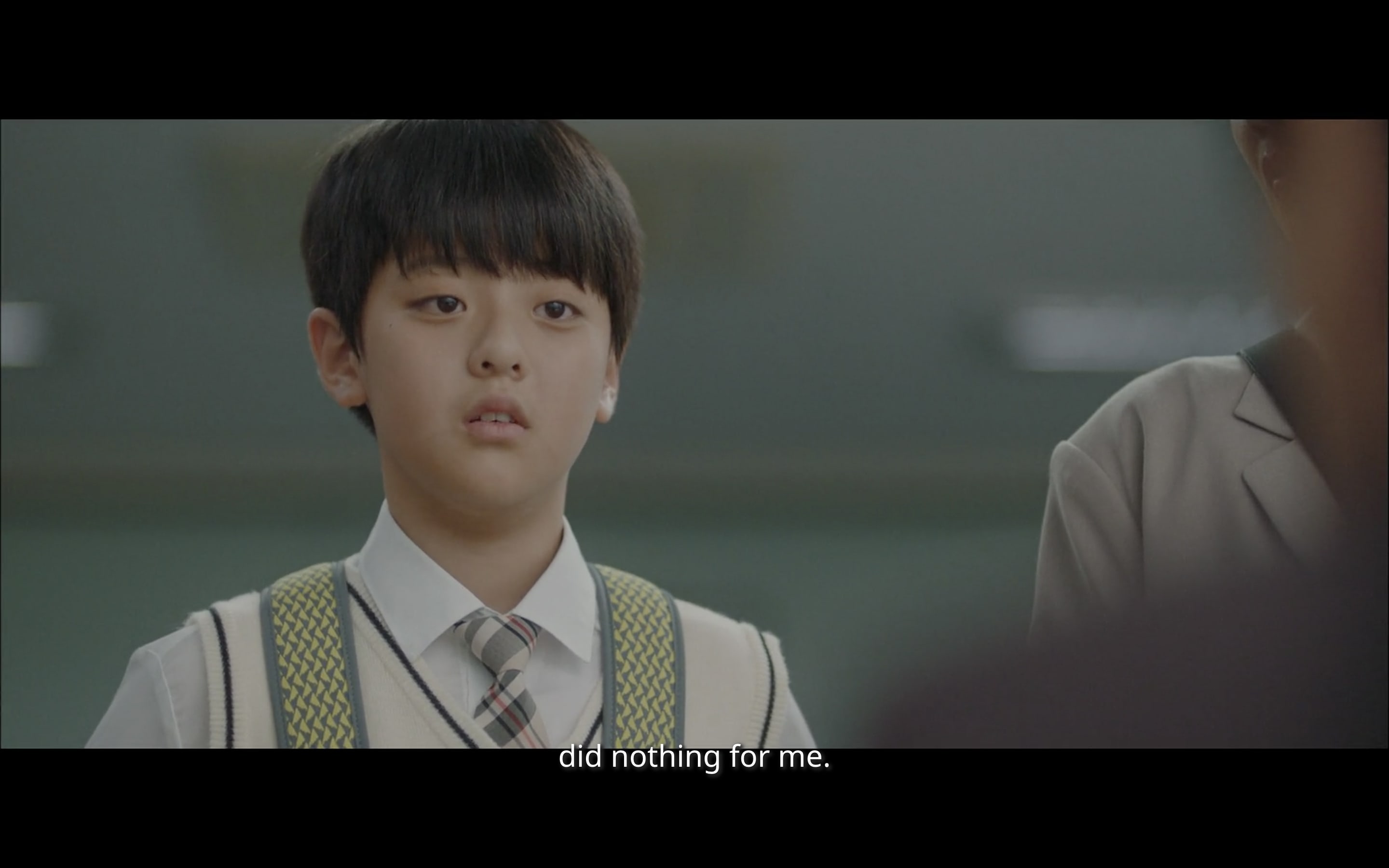 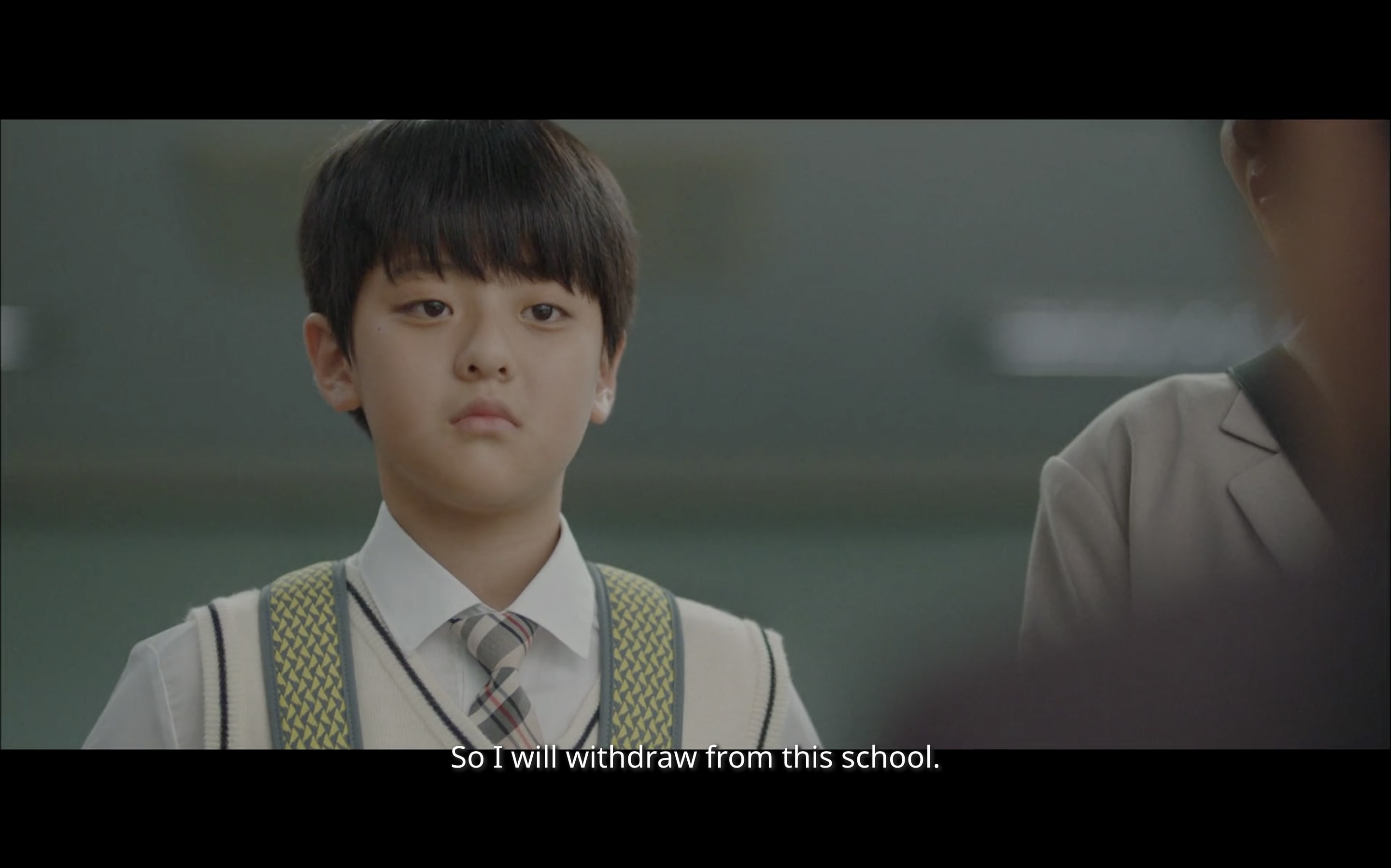 Relief seems like an understatement to describe this scene. It is satisfying to see Young Min stick up for himself and call out the school for failing him when he was being bullied. No matter what happens next, it is comforting knowing that Young Min will no longer have to remain in such a toxic environment.

The passing of Jae Hyun’s father (Nam Myung Ryul) has been shrouded in mystery and now we finally know how he met his end. The 10th episode comes to a close as Jae Hyun admits that his father died by suicide after being framed for betraying the other union workers. The scene is shot alongside his father-in-law discovering that the innocent man they used as a scapegoat to get out of the charges was Jae Hyun’s father. 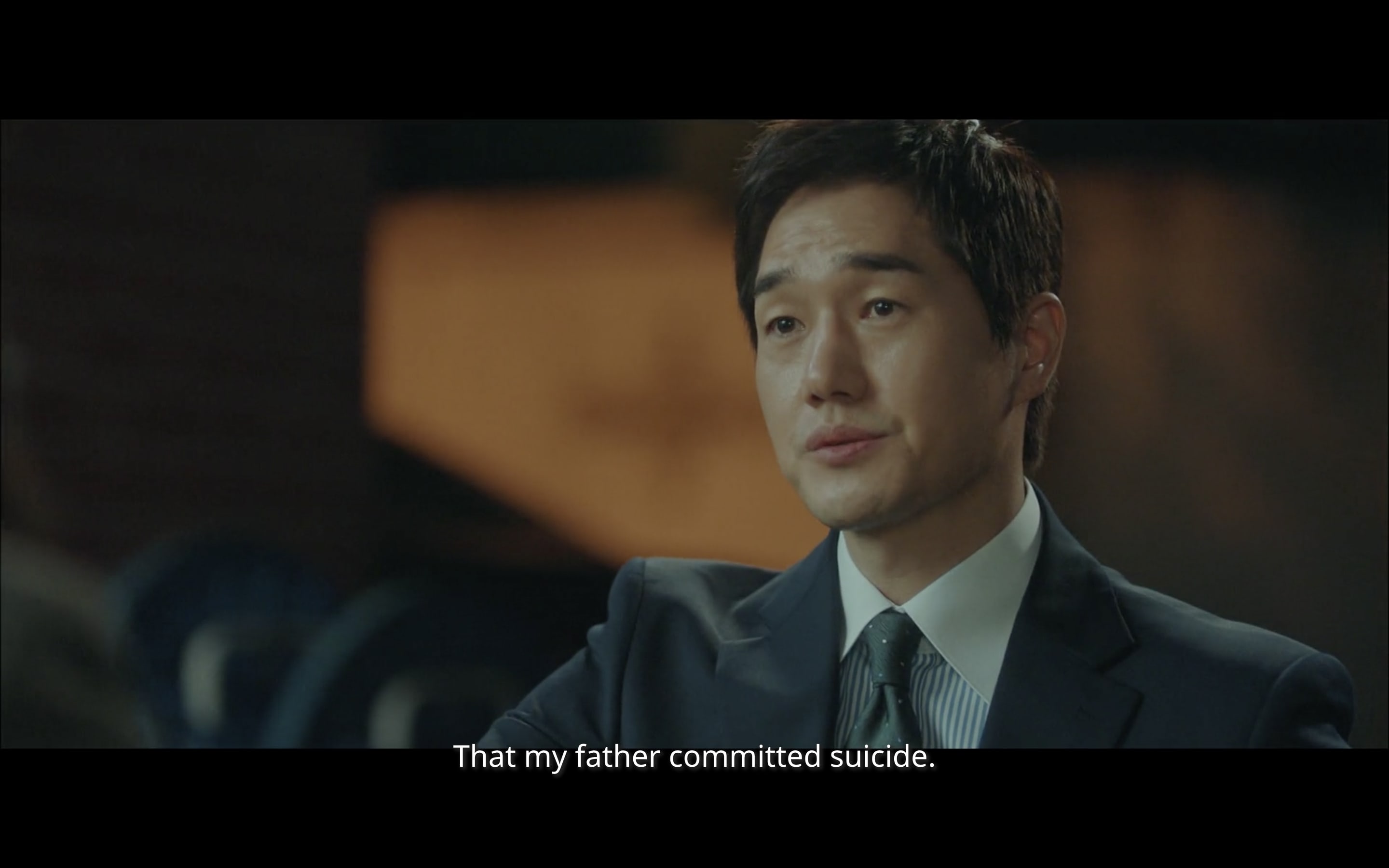 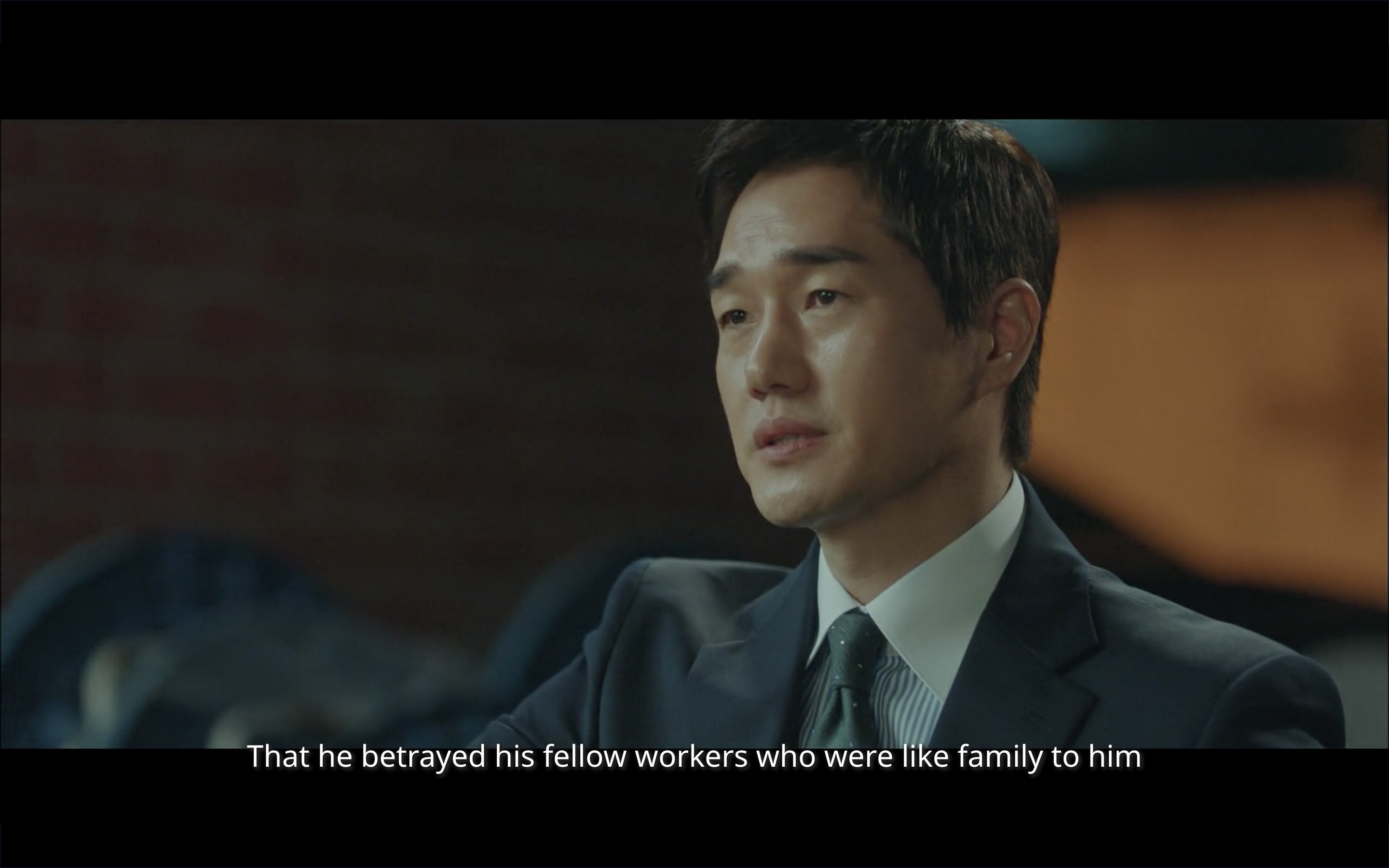 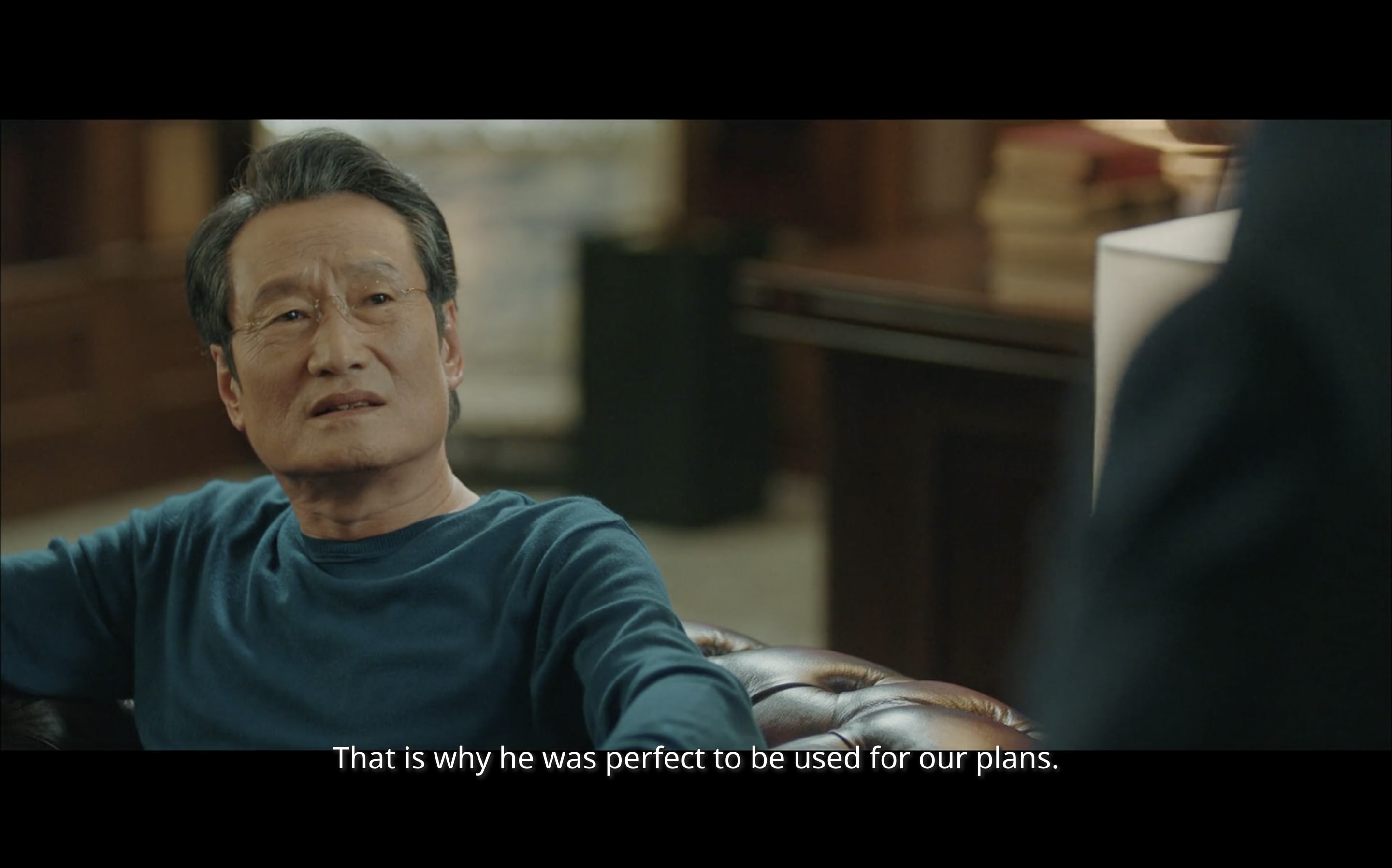 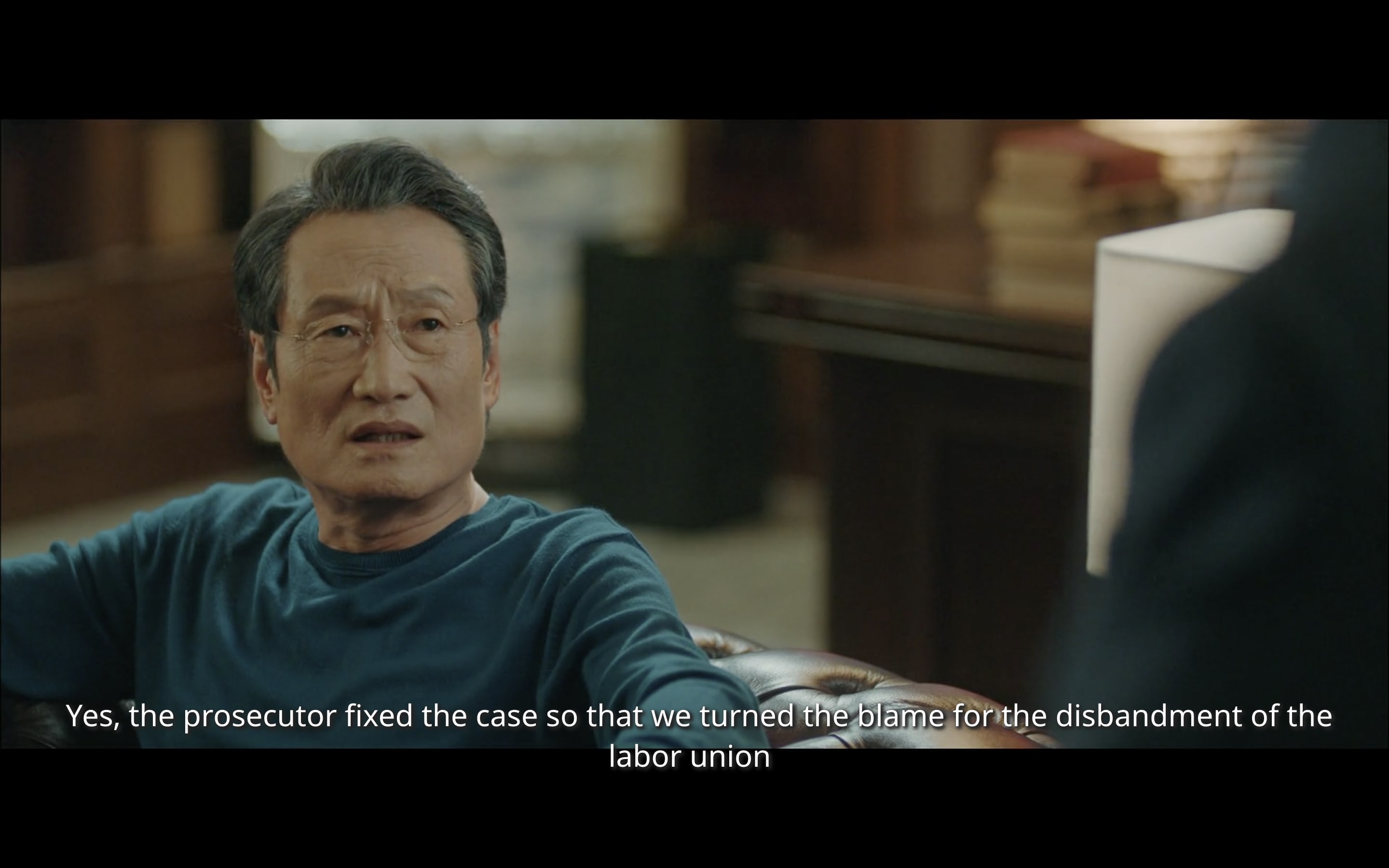 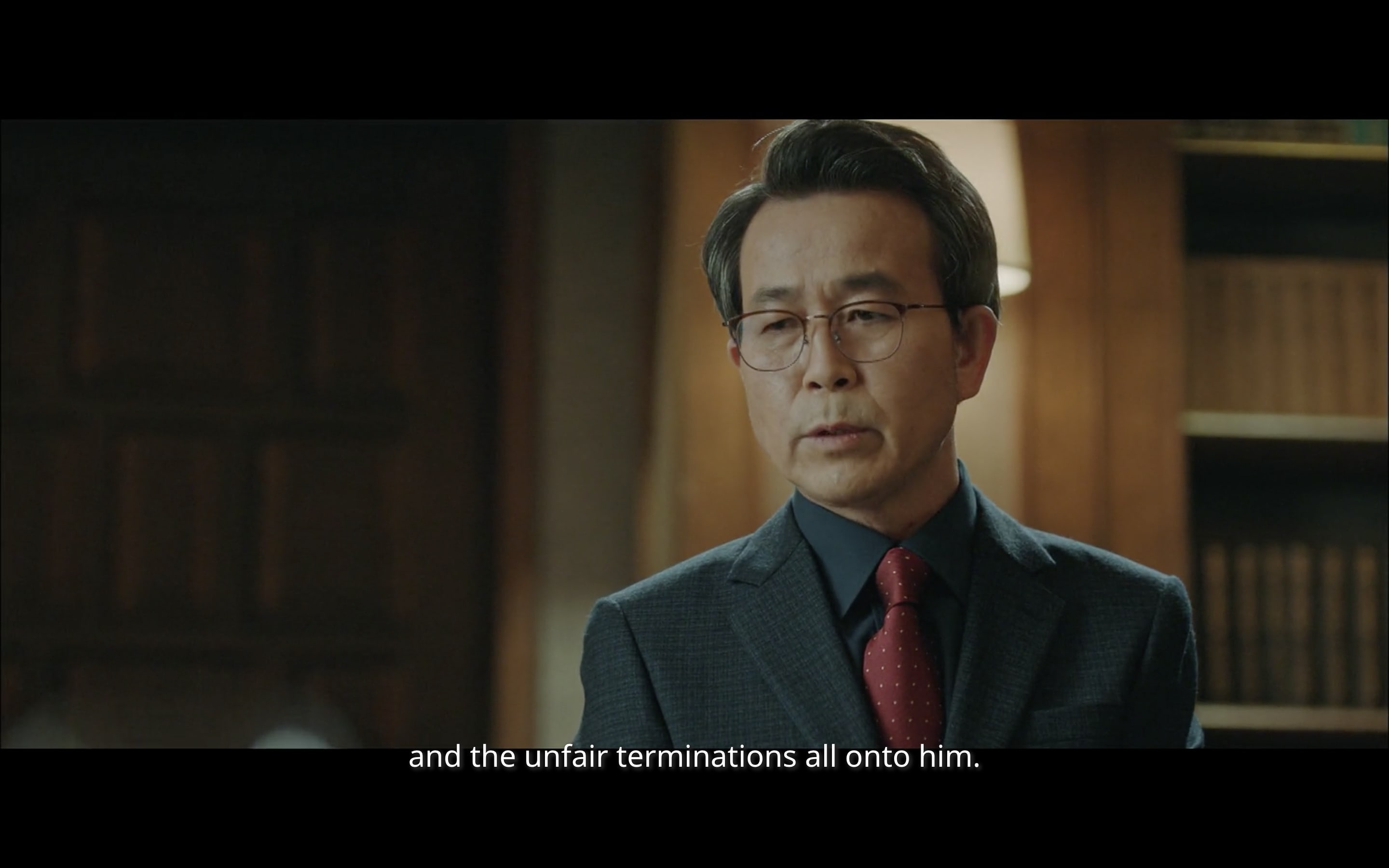 This reveal is incredible and it’s the perfect cliffhanger to build the anticipation for next week’s episodes. This definitely leaves you to wonder, has Jae Hyun been planning something for the past couple of decades and not just when he was incarcerated? Did he approach the Jang family on purpose? It will be intriguing to see how this new conspiracy unfolds as the drama continues.

If there’s one thing that taints Jae Hyun from being an iconic male lead, it definitely is his relationship with his son. Time and time again, Joon Seo has been a bully and it’s clear Jae Hyun does not approve. However, the show never takes time to have a scene between them that holds Joon Seo responsible for his antagonistic behavior. This week we see Jae Hyun briefly talk with Joon Seo about his intentions with Ji Soo, but there’s no mention of Joon Seo’s bad behavior. In fact, the next time we see Jae Hyun, he’s getting a call about Ji Soo’s father and shortly afterward we see him comforting Young Min. 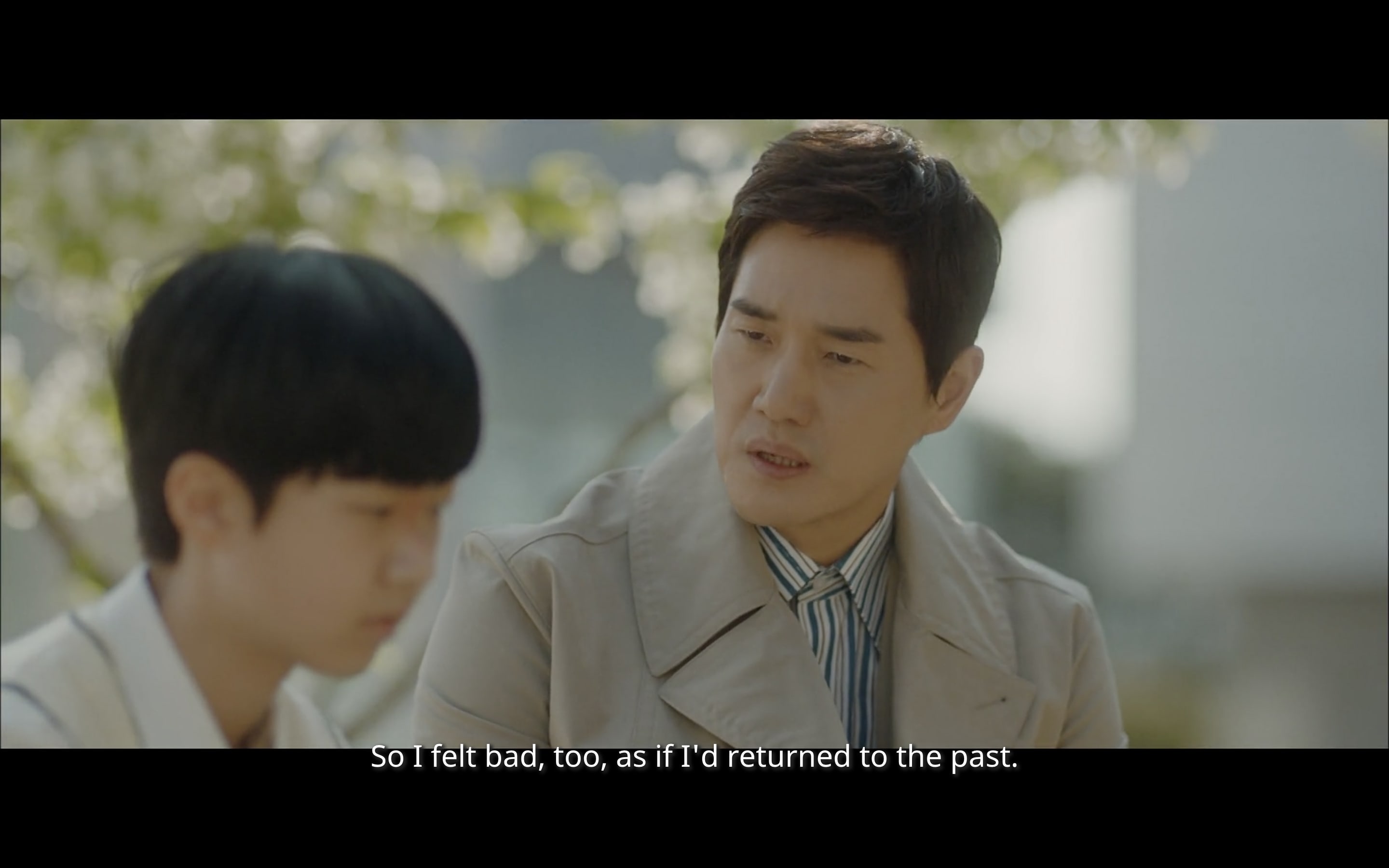 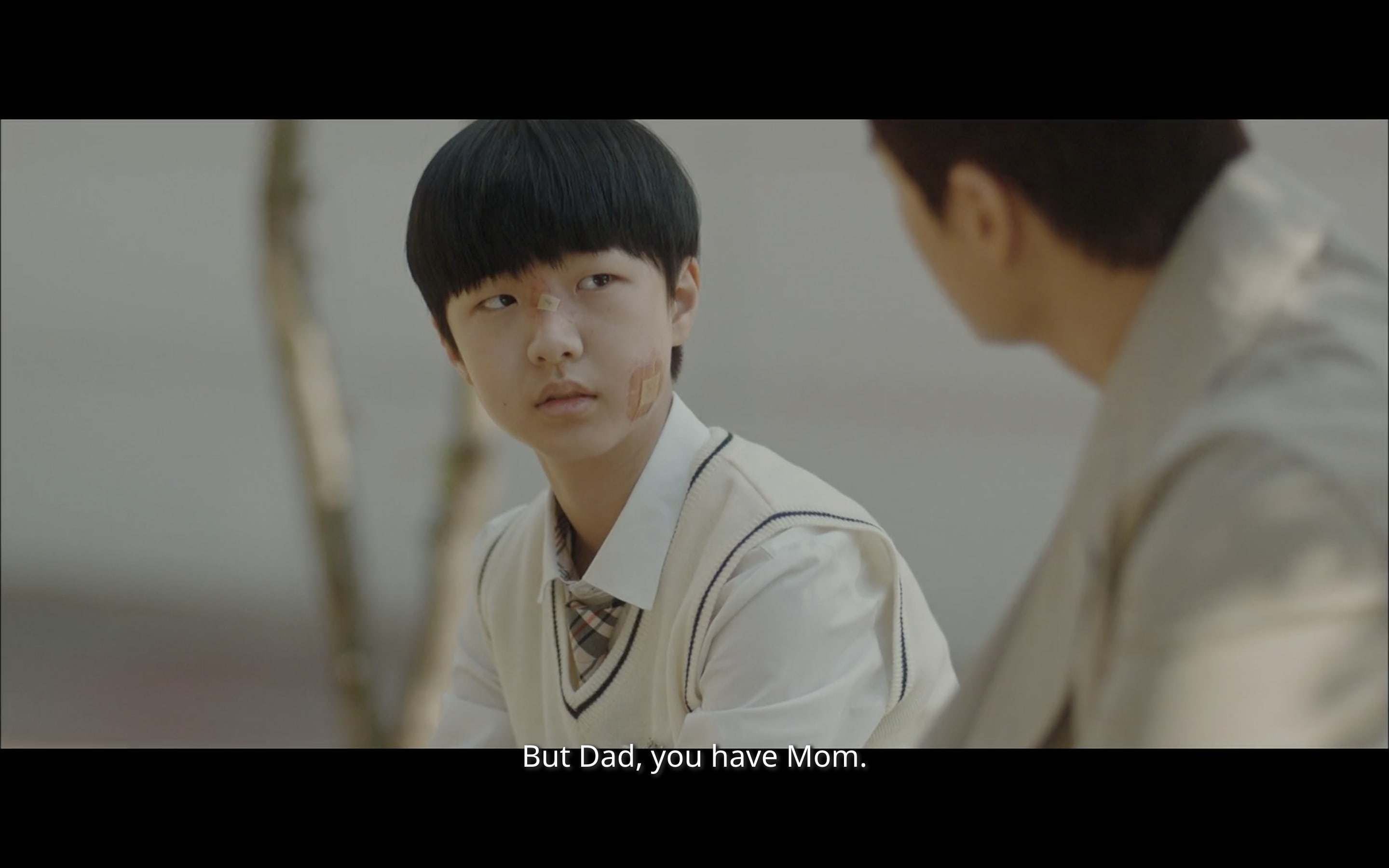 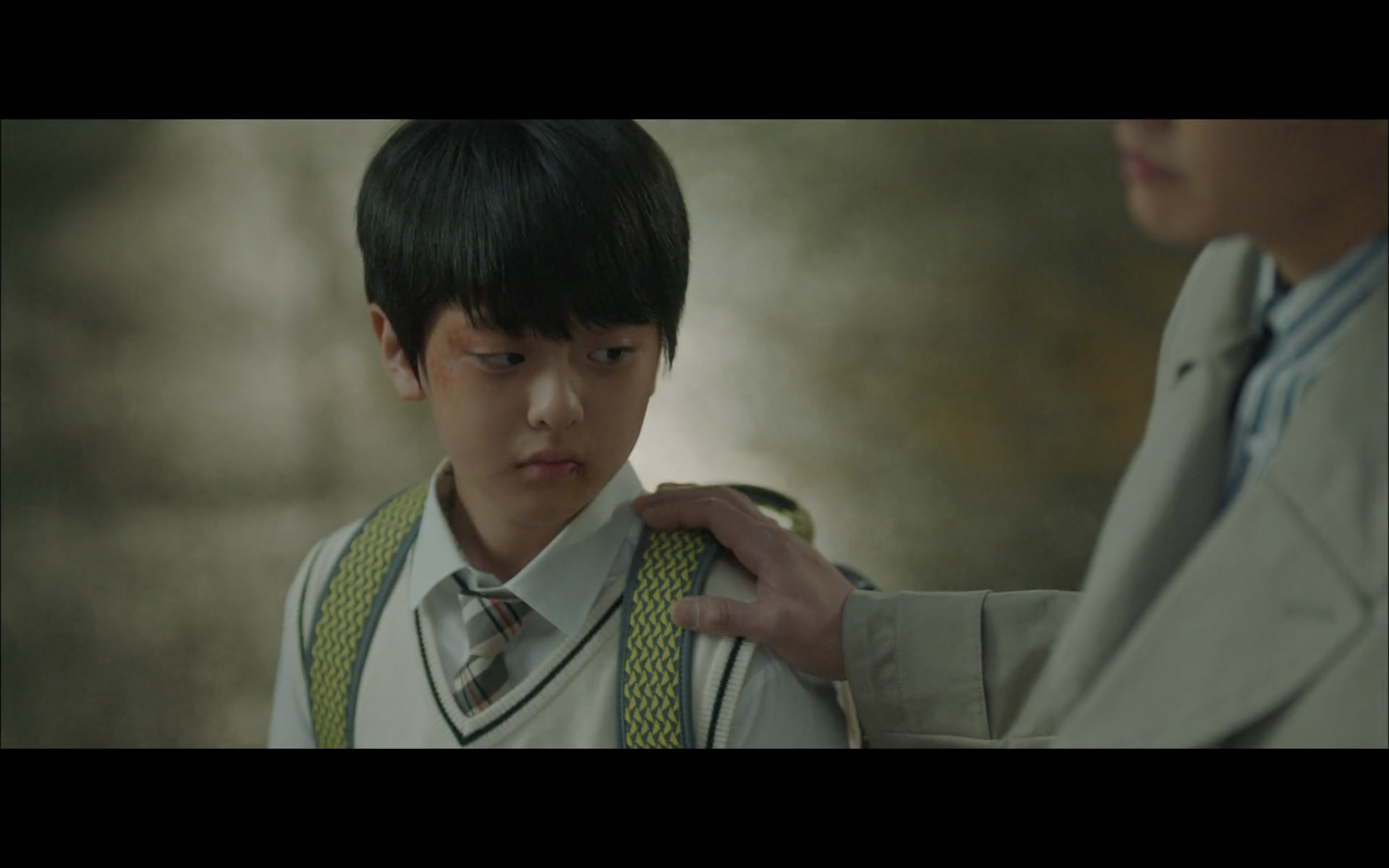 While it’s great that Jae Hyun seems to be taking on a fatherly role for Young Min, you can’t help but wonder why he doesn’t do the same for his own son? Why is there never a scene where he encourages his son to behave differently? We know Jae Hyun to be someone who believes that every child should be treated with kindness and respect, yet when it comes to his own child it seems like he barely cares. Joon Seo tends to be written just to create drama for Jae Hyun and Ji Soo, and it would be more compelling if the drama spent time developing their father/son relationship instead.

Hey Soompiers, what did you think about the latest episodes? Let us know in the comments below!