Watch: Apink’s Yoon Bomi, Lee Se Jin, And More Are Caught Up In Love In “Phantom The Secret Agent” Teaser And Posters

Upcoming web drama “Phantom the Secret Agent” has released a teaser and posters of their main cast!

The drama follows a love story between Apink’s Yoon Bomi and “Produce X 101” contestant Lee Se Jin as high school best friends Min Joo and Kang Chan, along with their other best friends Hee Yeon (DreamNote’s Sumin) and Hyun Beom (Jung Jin). While Min Joo has had a one-sided crush on Kang Chan for a long time, everything changes when the soul of her late brother Dae Yeon (Jang Chun) finds its way into her body. To fulfill his younger sister’s one-sided love, Dae Yeon does his best to win over Kang Chan’s heart. 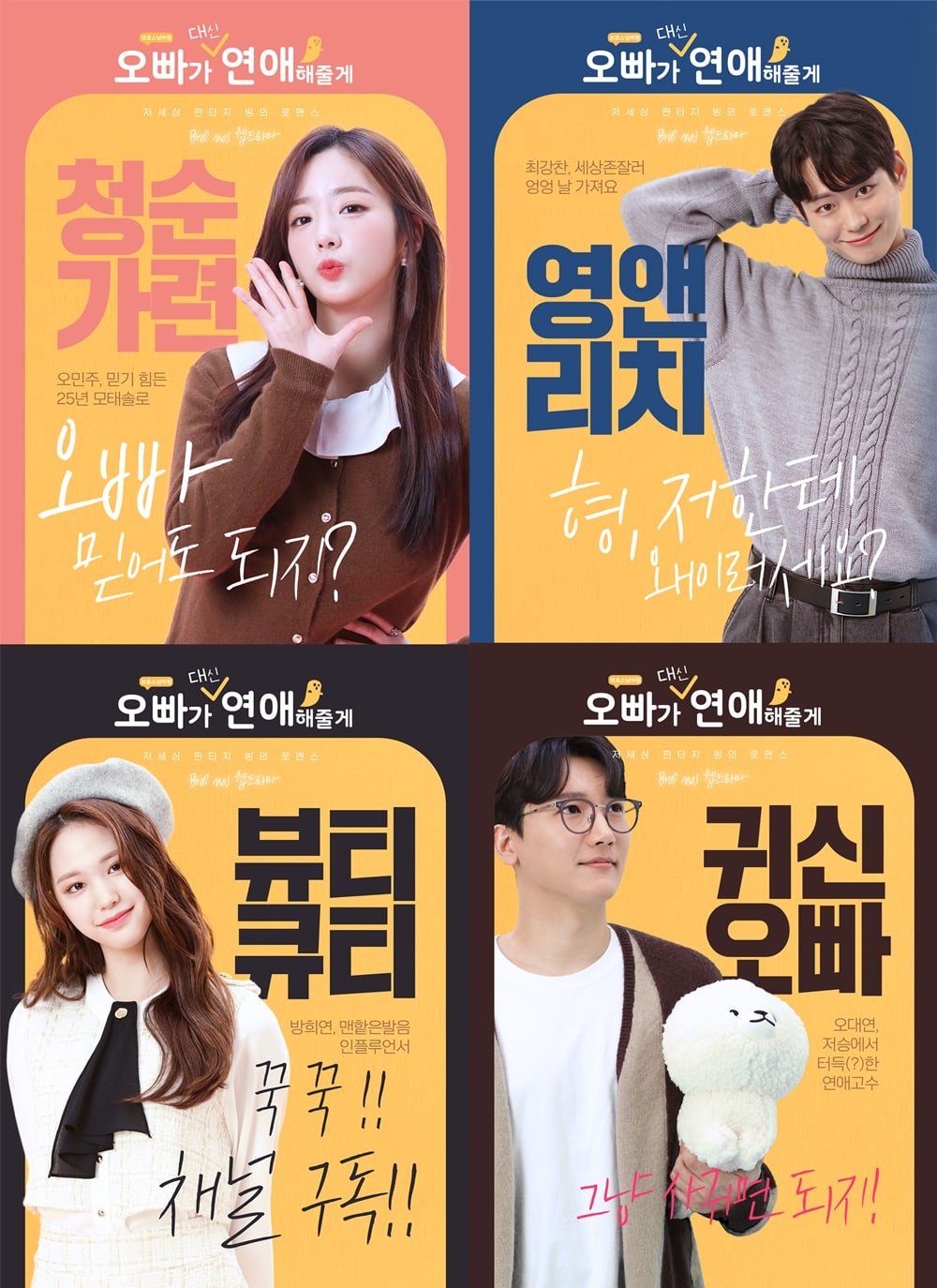 As Oh Min Joo, Yoon Bomi’s poster reads, “Surprisingly single for 25 years” and “Pure and naïve.” Lee Se Jin’s poster describes Choi Kang Chan as “The best-looking guy in the world” and “Young and rich.” Sumin’s character is described as a “Beauty cutie” influencer, while Jang Chun is described as Min Joo’s ghost older brother, a dating expert who uses what he’s learned during his time in the afterlife.

“Phantom the Secret Agent” also uploaded a teaser that begins with Yoon Bomi having a drink, as her brother learns who her target of interest is. After a night of drunk antics, she surprisingly wakes up on Lee Se Jin’s couch.

Yoon Bomi later says, “To be honest, there’s someone I like. But I don’t know what to do.” Her brother tells her, “Min Joo. In the afterlife, I wasn’t even a two-timer. I was a five-timer! Don’t worry, I’ll do it all for you.”

When she finally faces Lee Se Jin after waking up, he tells her, “Since you did it, you should remember it.”

“Phantom the Secret Agent” premieres on June 4 and airs every Thursday.