Jun Jin Talks About Falling In Love With His Fiancée At First Sight, Shinhwa’s Reaction To His Marriage Plans, And More

After recently announcing his engagement, Shinhwa’s Jun Jin appeared on “Don’t Be Jealous” to talk about his love story!

On the May 25 episode of MBC’s “Don’t Be Jealous, Shinhwa’s Jun Jin appeared as a guest. He introduced his fiancée by saying, “I’ve met someone whom I will love forever. We’ve been dating for three years. We met through one of my close juniors. It was love at first sight. The way she spoke and acted was so pretty I thought, ‘There are still people like this?’ Even at work her nicknames are goddess and angel.”

He also revealed that she’s saved in his contacts as “My girl who will be happy.” He said, “It’s been saved as that since we met.” 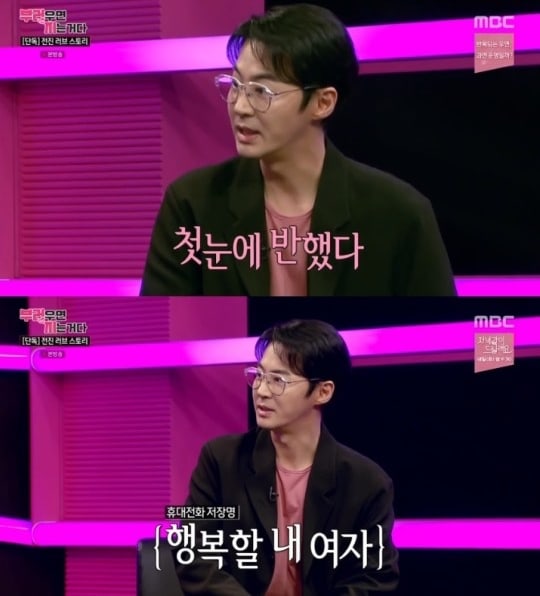 MC Jang Sung Kyu asked, “After not getting caught until now, didn’t you reveal your marriage news yourself?” Jun Jin made everyone laugh by explaining, “A reporter revealed it for us.”

He spoke about his members’ reactions saying, “Not too long ago, the Shinhwa members met up for a meeting and they welcomed me as the new groom. It felt strange.” Jun Jin is the second Shinhwa member to get married after Eric.

Regarding the congratulatory song at his wedding, he commented, “I haven’t asked anyone yet.” He confirmed that fellow Shinhwa member Shin Hye Sung and Kim Gura had agreed to host the ceremony.

Jun Jin is set to tie the knot this October.

Watch the full episode of “Don’t Be Jealous” below!

Jun Jin
Shinhwa
Don't Be Jealous
How does this article make you feel?