tvN’s “When My Love Blooms” has released a new behind-the-scenes look!

The making-of video begins with Lee Bo Young and Yoo Ji Tae introducing the video. They start to film a scene on the bus. They both immerse into their roles, and he gently calls her name. She replies, “No, call me later,” making everyone laugh in response at her detailed timing.

Later on during the emotional train scene, Yoo Ji Tae kindly makes sure Lee Bo Young is doing all right. During break, he jokes, “I was only trying to help you [gather your emotions]. I was just trying to help you.” She smiles in doubt, but he assures her that he’s being serious. However, Yoo Ji Tae can’t hold back his laughter, and he covers his face in embarrassment. 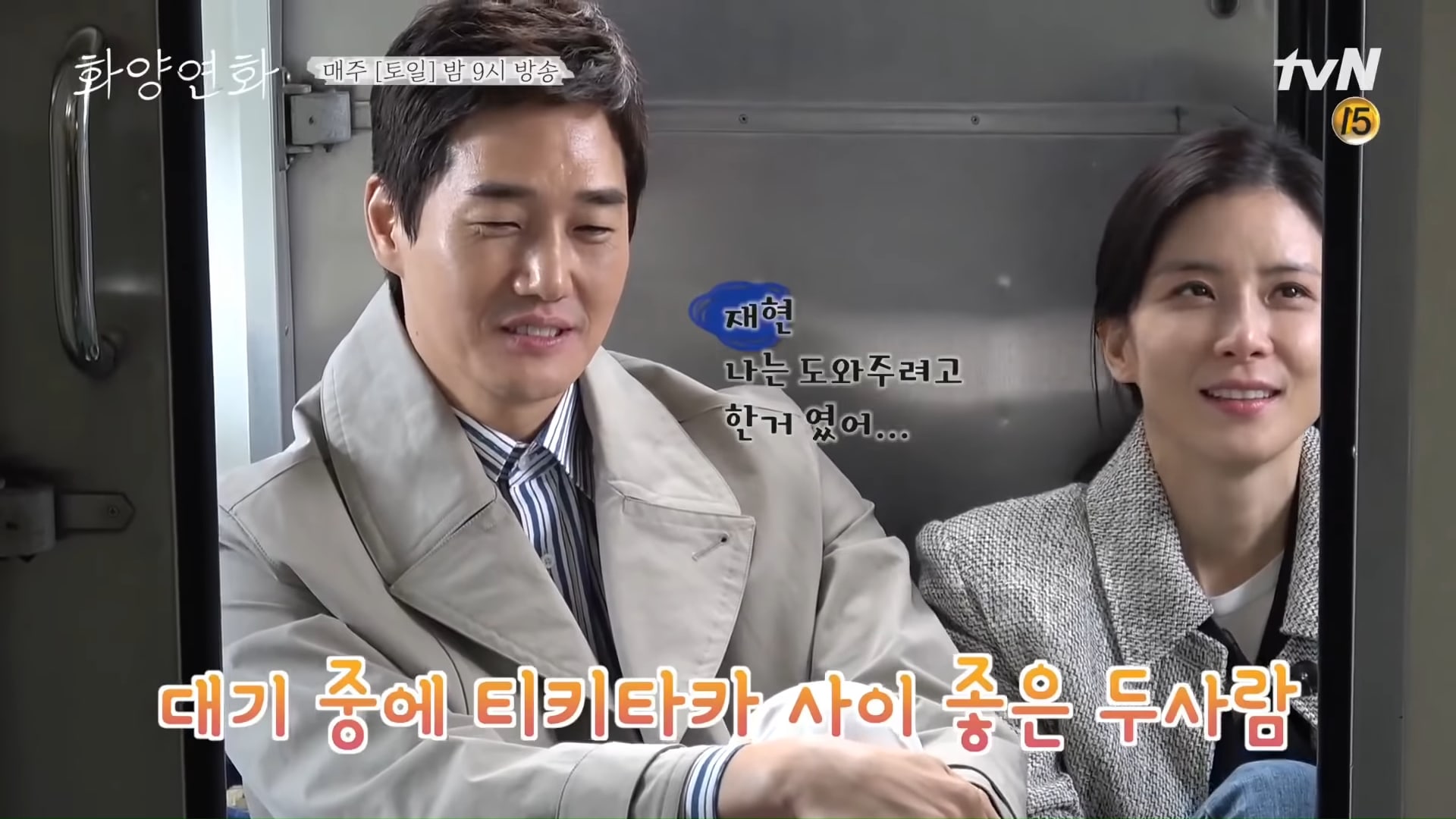 The video also shares a glimpse of GOT7’s Jinyoung and Jeon So Nee filming a scene at the military base. Jeon So Nee has to play Cinderella by leaving a shoe behind, and she gets flustered over how to suddenly leave a shoe. The director assures her that he’s not going to show that part while she’s running, and she starts to relax. She says, “That’s a relief. I was trying too hard to take my shoe off.”

After filming, the director tells Jinyoung to quickly put Jeon So Nee’s shoe back on for her. As Jinyoung brings her shoe to her, the director jokes, “How dare you [keep her barefoot]. You need to take good care of the spotted deer (a nickname to describe someone pretty and innocent).” 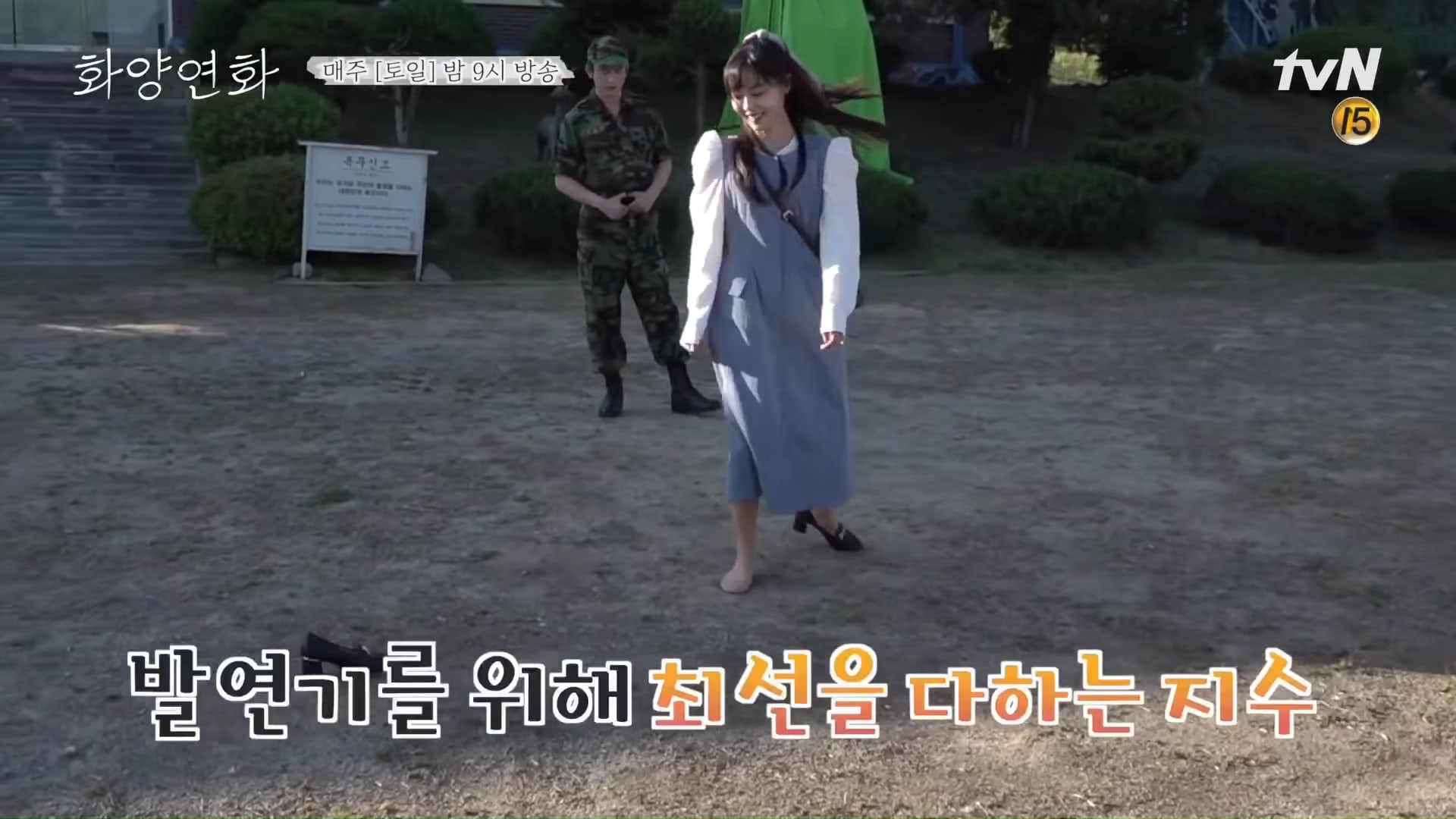 Towards the end of the clip, Yoo Ji Tae and Lee Bo Young review the viewers’ comments. One viewer asks Lee Bo Young why she’s so cute, and Lee Bo Young asks her co-star, “Why am I so cute? I’m cute, aren’t I?” Yoo Ji Tae cleverly responds, “You’re pretty.” Then he smiles at the camera, making her burst into laughter. She points out that he doesn’t sound sincere, and he jokes, “I’ll add a spoon of ‘sincerity’ in there. You’re definitely pretty.”

Embarrassed, Lee Bo Young asks to move on, and she does an impersonation of a viewer who calls Yoo Ji Tae oppa (a word used by a younger female to refer to an older male) and praises him for being cute, sweet, and handsome. She comments, “I read that quite nicely, didn’t I?” Then she tells him, “Lucky you. You’re an oppa,” and he laughs in embarrassment.

One viewer asked, “How is Lee Bo Young acting as the current Yoon Ji Soo (her character) with her personality?” Lee Bo Young asks, “What’s wrong with my personality? I’m very…innocent.” Yoo Ji Tae laughs much too loudly, and Lee Bo Young shoots him a warning look.

Lastly, they read a comment from a viewer who is in awe about how they can be laughing one moment as co-stars and be emotional in the next moment as their characters. They both marvel over that fact too, and they jokingly explain that they’re professionals now that they’ve been in the industry for about 20 years.