Han So Hee from JTBC’s “The World of the Married” recently sat down for an interview and talked about what it was like to film with her role model Kim Hee Ae.

“The World of the Married” set viewership records as soon as it premiered and went on to become the drama with the highest viewership ratings ever achieved on a Korean cable network.

Han So Hee received praise from viewers for her convincing acting throughout the show as pilates instructor Yeo Da Kyung, an only child of a wealthy family. She has an affair with the main character Lee Tae Oh (played by Park Hae Joon) and comes in between him and his wife Ji Sun Woo (played by Kim Hee Ae). Although she eventually becomes his wife, her own “world of the married” comes crumbling down when she finally decides to leave Lee Tae Oh. 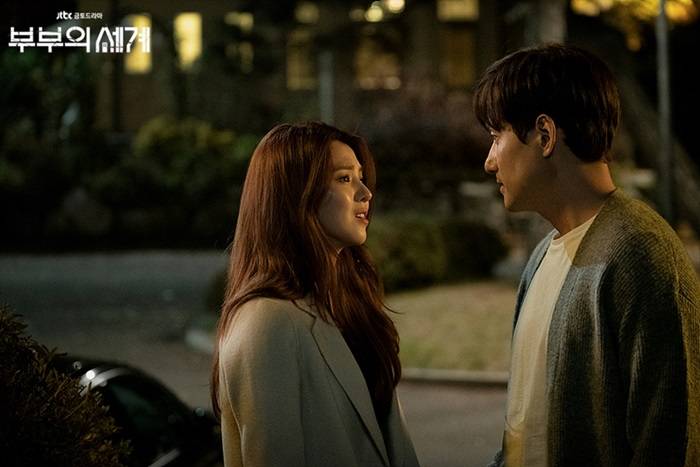 Han So Hee didn’t hold back her admiration for Kim Hee Ae. She said, “It was difficult to act in front of a senior actress like Kim Hee Ae. The most difficult scene was where I had to hit the back of her head. I thought I shouldn’t hit her too lightly, but then I [felt bad about hitting her] properly, and I had to be in control of Yeo Da Kyung. It was even more difficult because it wasn’t only the two of us. The other senior actors were there also.”

Han So Hee pointed out that what she respected the most about Kim Hee Ae was her level of immersion. The actress explained, “Everyone was so immersed in this project. I think everyone thought that if we communicated with each other, the emotional framework could be broken. I, too, thought something would break if I had a personal relationship with Kim Hee Ae. Maybe that’s why Kim Hee Ae always appeared on the set as Ji Sun Woo. I think she was trying to be considerate towards me.” 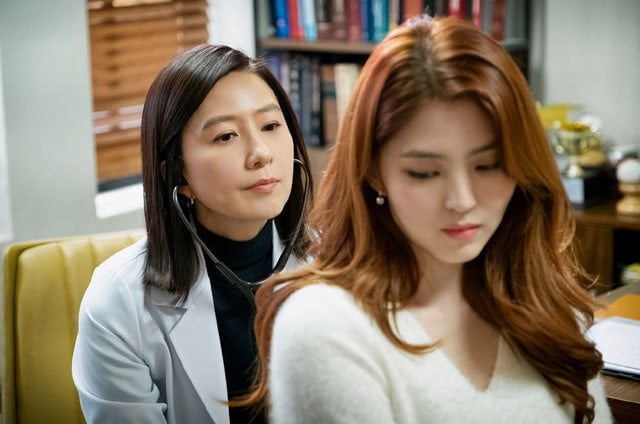 Han So Hee added, “If you ask me if I want to go back to the first shoot, I would say yes. That’s how regretful I feel about it. I felt a lot of lethargy when I saw the senior actors acting, and I wondered why I couldn’t act as half as well as they did. If I had to compliment myself, it would be for not letting go of Yeo Da Kyung. There were a lot of moments when I couldn’t understand her, but that didn’t mean I should let go of her. So I’d like to compliment myself for that.”

She admitted, “At first, I wondered if I could handle this. I had to show myself in dramas and other works, and I wondered if I could do this. Rather than being happy about the [positive] reaction towards me, I felt a lot of pressure to live up to this expectation. At times like this, I think I have to trust myself more. Shouldn’t I increase the number of times I do well and reduce the number of times I don’t do well?” 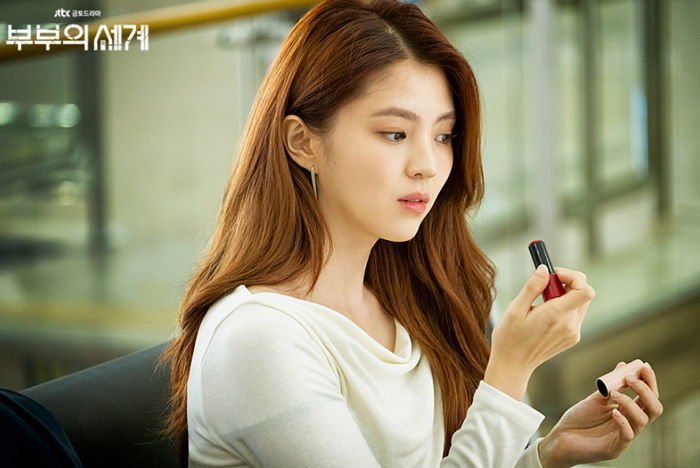 Han So Hee shared her current task is to “throw Yeo Da Kyung away.” She explained, “I’ll have to dispose of the Yeo Da Kyung I’m so used to acting as and remain out of the public eye for a while so that I can show you a new look next time. My biggest task right now is to send Yeo Da Kyung away.”

Lastly, she said, “While working on this drama, I thought that I should lay a better foundation in the future. If I watch a lot of projects and imitate them outwardly, I can act so I seem somewhat similar. But I don’t think I can act well if the foundation is not done properly. If I’m really good at it, I think success will follow.”

If you want to watch more of Han So Hee’s acting, check out her drama “100 Days My Prince” below!

Kim Hee Ae
Han So Hee
The World of the Married
How does this article make you feel?