“#ALIVE” stars Park Shin Hye and Yoo Ah In as Yoo Bin and Joon Woo, two people trapped inside their apartments without access to communication in the middle of Seoul as it becomes the epicenter of a mysterious virus outbreak that causes those infected to attack others. 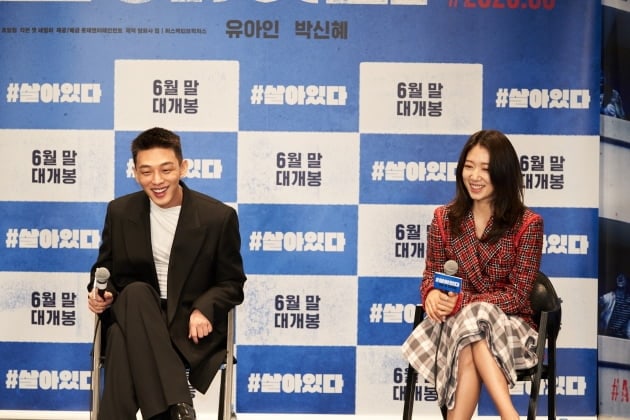 On May 27, “#ALIVE” held a press conference during which the actors talked about the upcoming movie. Yoo Ah In gave insight into his character Joon Woo by sharing, “He’s not perfect, and he has a clumsy side, so he’ll be an approachable figure that’s easy to relate to.” He added that since his character is good with technology, Joon Woo will approach survival in many diverse ways.

When asked if he is a fast adapter like his character, Yoo Ah In replied, “I was once like that. It’s difficult to follow along now.” He also explained that he enjoyed acting as Joon Woo because he was a comfortable and approachable figure, rather than one with a strong concept. Yoo Ah In elaborated on his character’s physical appearance as well. “First, I tried wearing a wig, but I eventually found an outward appearance that brings out the character’s traits very well. I didn’t think there was a character with that kind of appearance in a recent Korean film, but Ahn Jae Hong came out with the look first.” 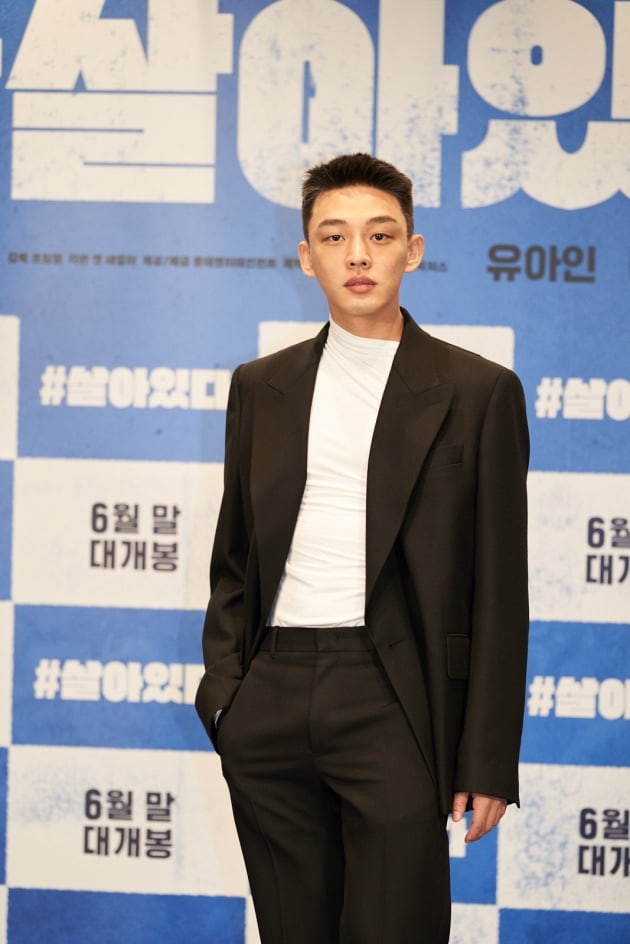 Park Shin Hye also talked about her similarities with her character Yoo Bin. She shared, “I think we are a bit alike in the aspect that we have no fear.” However, she said that she was actually more similar to Joon Woo in real life.

The actress also had to film many action scenes for the film. She explained, “I didn’t now that there would be so many action scenes. It was fun while doing them, and I could show a different type of energy compared to what I’ve shown until now. Yoo Bin is calmer, less emotional, and more rational compared to the characters I’ve met in the past.” 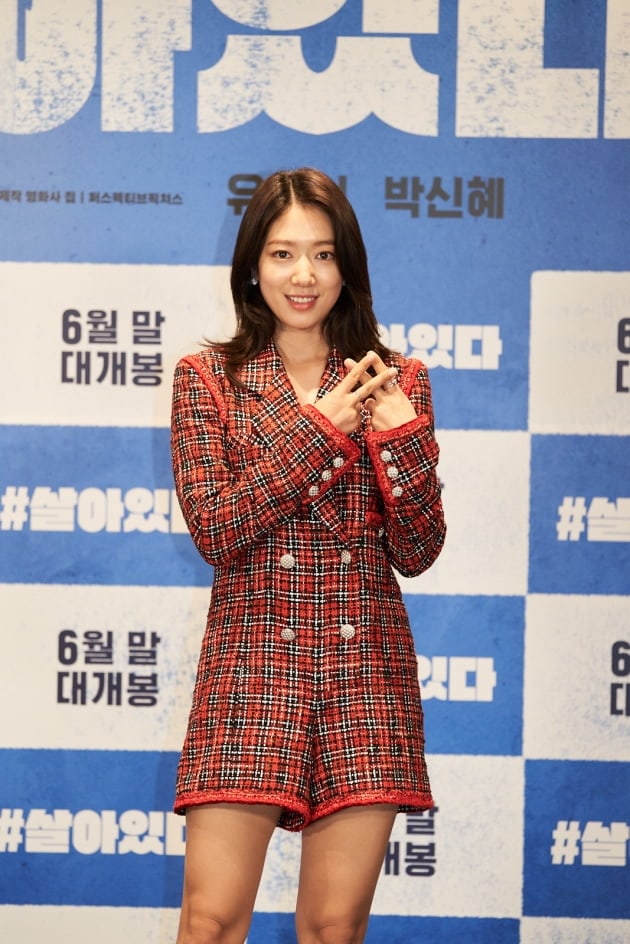 Although it was Park Shin Hye and Yoo Ah In’s first time working together, Park Shin Hye revealed that Yoo Ah In was the biggest reason why she chose to star in the film. She shared, “I really wanted to film with him. I met him in a private occasion before, and he was very interesting. I’ve always wanted to meet him once through a project.” Park Shin Hye continued to praise Yoo Ah In as an actor that made her curious to find out what kind of project she would produce by working with him. She added, “He was an even more amazing person than what I had expected.”

Yoo Ah In also agreed that Park Shin Hye was an actress he had always wanted to meet. He revealed, ” I had a feeling Park Shin Hye would take this movie. That was my first reason [for choosing the film]. I also thought, ‘Why haven’t we met yet?’ Honestly, I wondered what it would have been like if we had first met through a romantic drama,” adding that he enjoyed Park Shin Hye’s acting in romantic comedies. He praised, “She’s an actress with the strength to lead.”