Previously, Lee Man Shik joined Jun Su Foods as a senior intern under Ga Yeol Chan, and Lee Man Shik made viewers laugh with the rude plan he carried out during a meeting with important buyers from China.

In the newly released stills, Lee Man Shik and Ga Yeol Chan are surrounded by a completely different atmosphere from the one they’ve shown in the past. Ga Yeol Chan looks serious while staring at something, and Lee Man Shik is kneeling down on his knees. Furthermore, another picture shows the two sitting closely side-by-side while huddling under thin blankets. 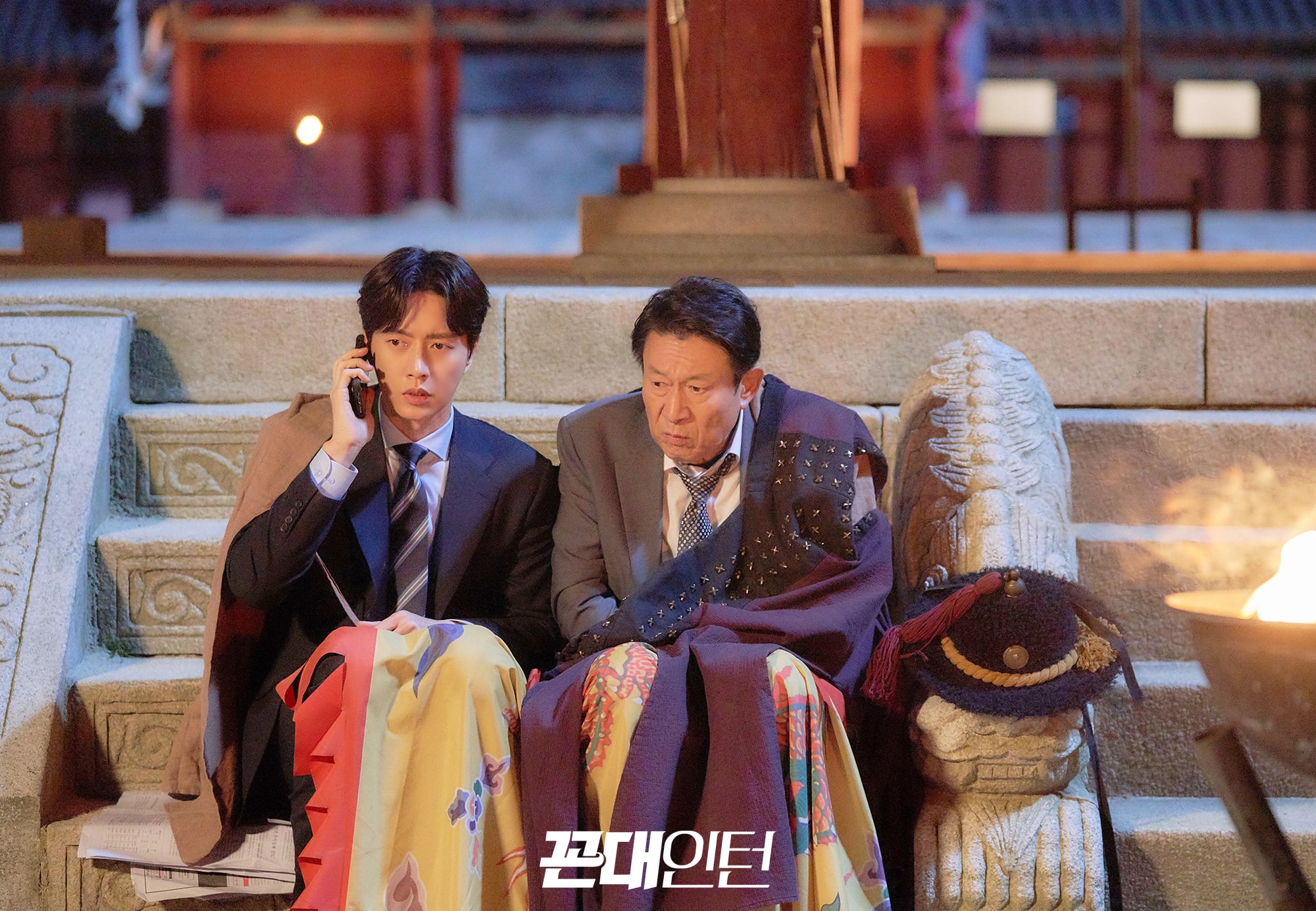 The recent preview for the upcoming episode teased Ga Yeol Chan and Lee Man Shik’s meeting with top actress Eun Hye Soo (Jung Young Joo). Since the two appear to be on the set of a drama, viewers are curious to discover what story will unfold as they meet the actress.