KBS 2TV’s “Once Again” has unveiled a glimpse of its stars behind the scenes!

The hit weekend drama, whose viewership ratings recently surged past the 30 percent mark, has released new photos of its cast from the filming set. In the first photo, Cha Hwa Yeon and Kim Bo Yeon’s fierce gazes stand out as they passionately rehearse their scene together. Even without the cameras rolling, the two actresses never paused for a break as they carefully went over the blocking of the scene in order to perfect their characters’ movements.

Another photo captures the playful chemistry between stars Lee Min Jung and Lee Sang Yeob, with the leading lady smiling brightly at her co-star even as he attempts to get into character. In contrast to the awkward tension between their characters in the drama, the two actors are constantly cracking each other up between takes—but once the cameras start rolling, both stars undergo a split-second transformation as they immediately fall back into character.

Lee Sang Yi and Lee Cho Hee, who have been stealing viewers’ hearts as a budding couple in the drama, also display a relaxed and playful chemistry on set as they wave at the camera during a break.

Finally, Lee Jung Eun, Oh Dae Hwan, and Ki Do Hoon all exude a cheerful, positive energy, smiling happily at their fellow cast and crew as they contribute to the lighthearted atmosphere on set. 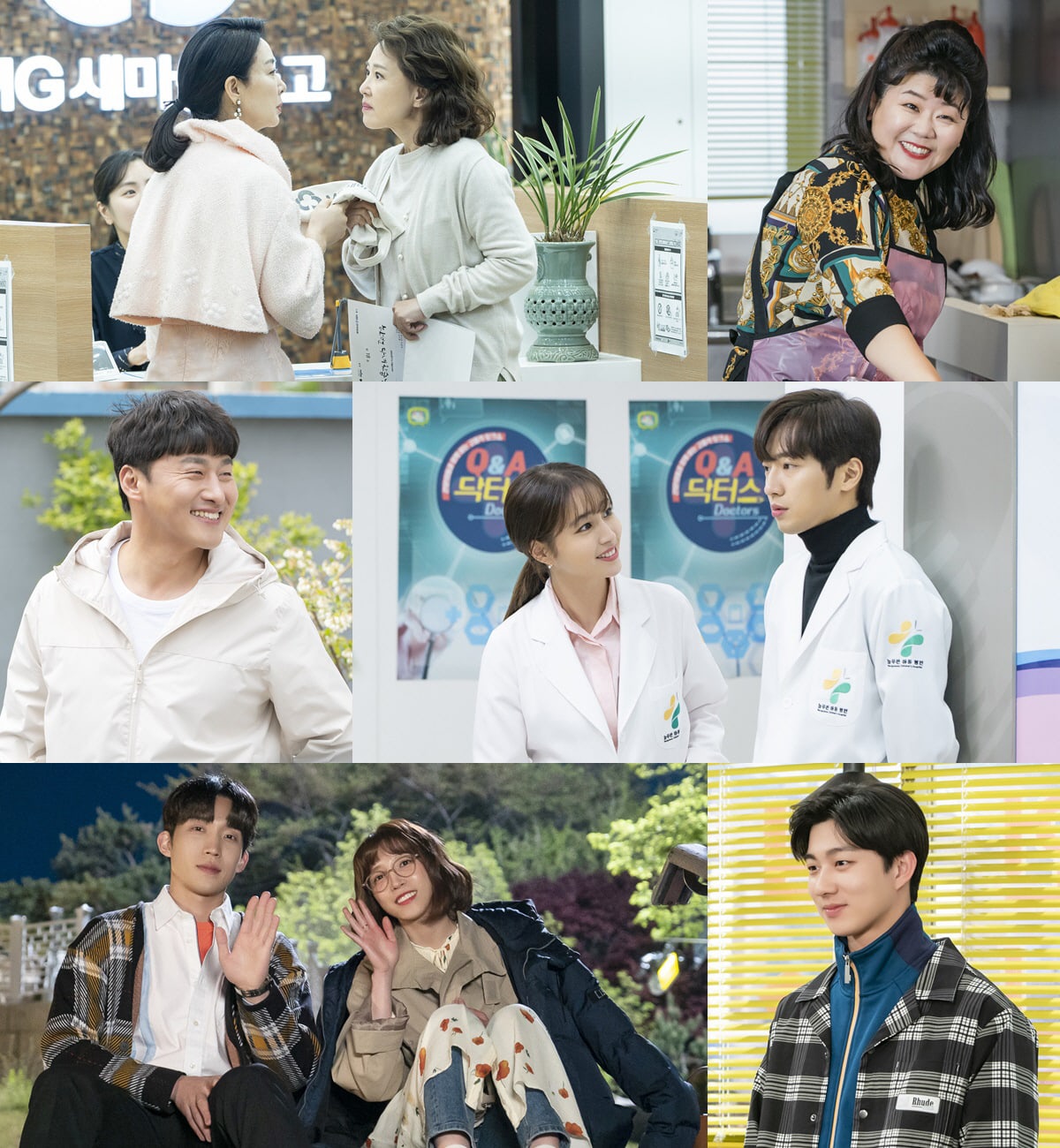