With just one episode remaining, the cast of “Hospital Playlist” revealed their thoughts on the drama’s end with hand-written messages and shared their excitement for the upcoming second season.

Jo Jung Suk, who played Yuljae Hospital’s most popular doctor Ik Joon, shared, “I had an extremely happy time, and it was a continuation of enjoyable moments to be able to act as the refreshingly bright and popular character Ik Joon by meeting great staff members, actors, and the greatest production team through a project that was like a blessing.” He added, “Furthermore, thank you to all the viewers who were with us every Thursday night. Please don’t forget ‘Hospital Playlist’ season two, and please ‘Pick Me’ again.”

Yoo Yeon Seok played Jung Won, the warmhearted doctor who took good care of his friends. He shared, “Thank you sincerely for the great love and support. I was really happy during these seven months.” The actor also displayed his affection for his peers, “Our Mi Do and Parasol members — we were really perfect partners. Let’s meet frequently for band practice. Although it’s sad that season one is ending, I’m excited and looking forward to meeting again soon through season two.” 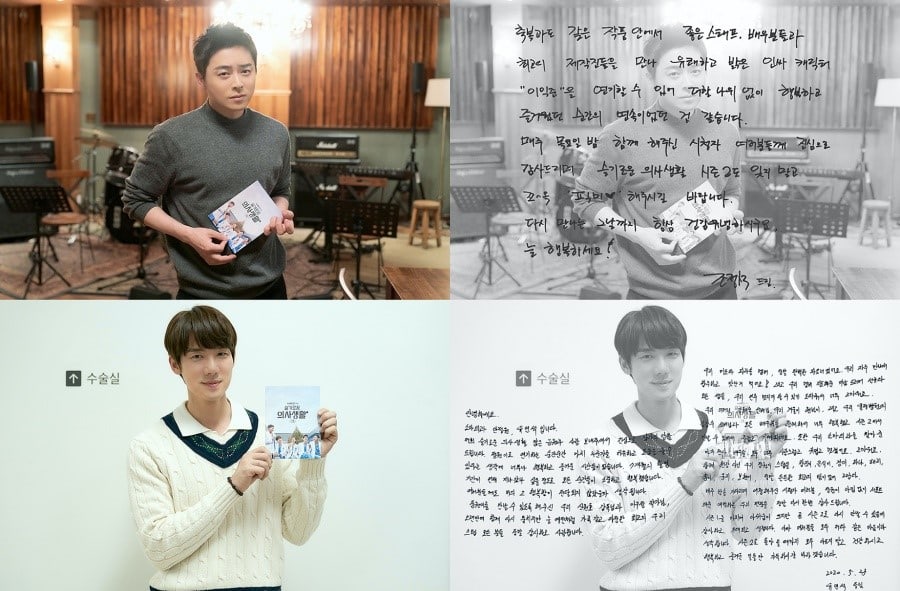 Jung Kyung Ho, who acted as the prickly but sweet gentleman Joon Wan, shared, “We wrapped up season one with thankful mindsets. It is a reassuring project since it’s not the end yet. To the valuable Mi Do and Parasol, I feel as if we completed an entire drama while just laughing. It’s a relief that we were at least able to meet each other now. Thank you to all the viewers who gave us love, and we will greet viewers with an even more abundant second season.”

Kim Dae Myung touched viewers with his portrayal of Suk Hyung, the outsider who became brighter as he began to interact with more people. He shared, “Thank you to scriptwriter Lee Woo Jung who allowed me to meet Yang Suk Hyung through a great project, and thank you to director Shin Won Ho who made every moment into life’s happiest times in front of the camera. To the considerate staff members, friends who I was happy to be together with, and viewers who listened to our stories, thank you for sharing your hearts with us.” Kim Dae Myung added, “Let’s meet soon,” raising anticipation for the second season. 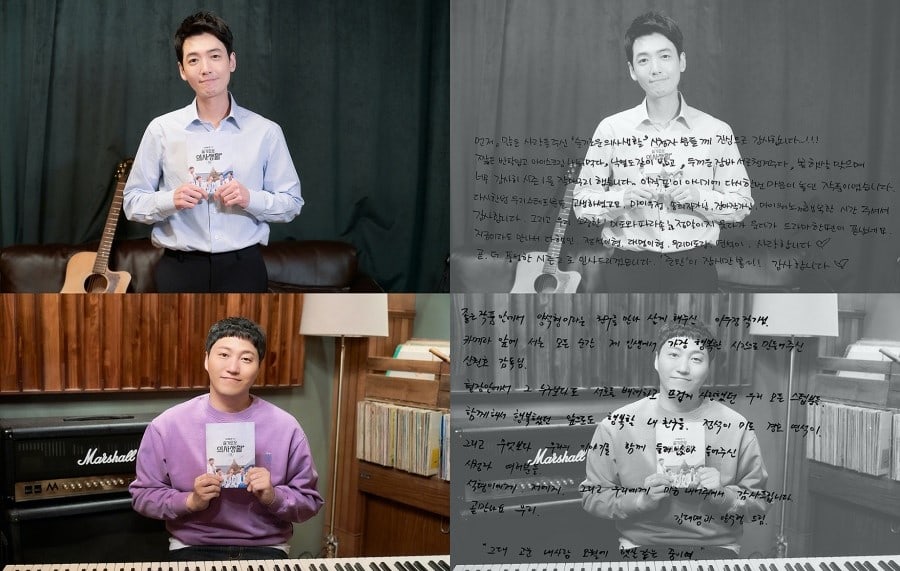 Jeon Mi Do, who played Song Hwa, the anchor of the friend group, shared, “I can’t believe it’s already the last episode. Thank you for giving us so much love. Although it’s sad, we still have season two!”

The last episode of “Hospital Playlist” will be extended to 113 minutes and air five minutes earlier than usual at 8:55 p.m. KST on May 28.