“Backstreet Rookie” will be a romantic comedy set in a 24-hour convenience store. Kim Yoo Jung will take on the role of Jung Saet Byul, who works the night shift at a convenience store run by Choi Dae Hyun (played by Ji Chang Wook). She has an odd personality and appears like a savior to the quiet convenience store one day.

Seo Ye Hwa and Yoon Soo play Jung Saet Byul’s best friends Hwang Geum Bi and Cha Eun Jo, respectively. The three of them have been close since high school and were even dubbed the “three musketeers of Balgwang Girls’ High School.”

The new stills give a glimpse of their affectionate friendship. Back in high school, they explode with laughter in their plaid uniforms, but in the present, they have a conversation with cans of beer in front of a convenience store. Hwang Geum Bi, whose curly locks represent her wild personality, is still stuck in high school for the fifth year, whereas Cha Eun Jo, who turns into a cursing machine when she’s angry, is an assistant at a hair salon. 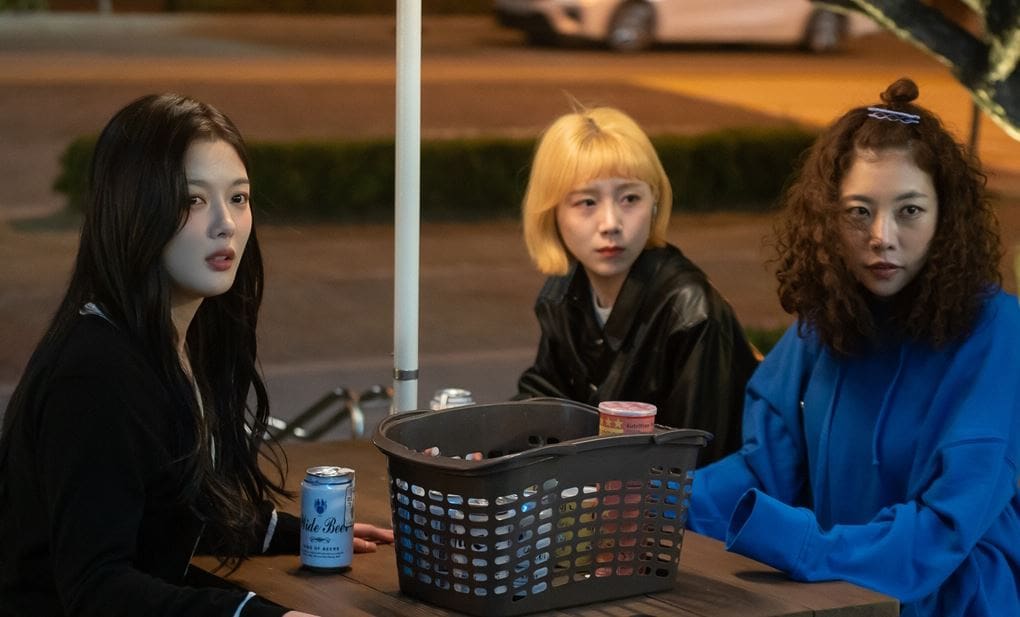 Hwang Geum Bi and Cha Eun Jo are expected to showcase a strong friendship with Jung Saet Byul while also adding comic relief to the relationship between Jung Saet Byul and Choi Dae Hyun. It is said that the trio has been showing perfect chemistry ever since the first script reading.

The production team commented, “They have great chemistry on set. Please look forward to the refreshing chemistry of the loyal ‘three musketeers of Balgwang Girls’ High School’ that will boost the drama’s vitality.”

“Backstreet Rookie” will premiere on June 12 at 10 p.m. KST. Check out the newest teaser here!