Woo Do Hwan Watches Over An Injured Lee Min Ho In “The King: Eternal Monarch”

SBS’s “The King: Eternal Monarch” has previewed a dramatic confrontation in their upcoming episode!

In Episode 12, Lee Gon (Lee Min Ho) couldn’t hide his shock when he noticed the lightning scars on Prime Minister Goo Seo Ryung (Jung Eun Chae), which suggested that she had been moving between the two parallel universes. Meanwhile, Jo Young (Woo Do Hwan) spotted Myung Na Ri (Kim Yong Ji) in the café with a woman who looked like Goo Seo Ryung, but got shot when he tried to follow her.

In the new stills, Jo Young discovers Lee Gon, who has been violently attacked by an unknown assailant. Although he immediately takes Lee Gon to the hospital, Lee Gon is put on breathing support and remains unconscious. 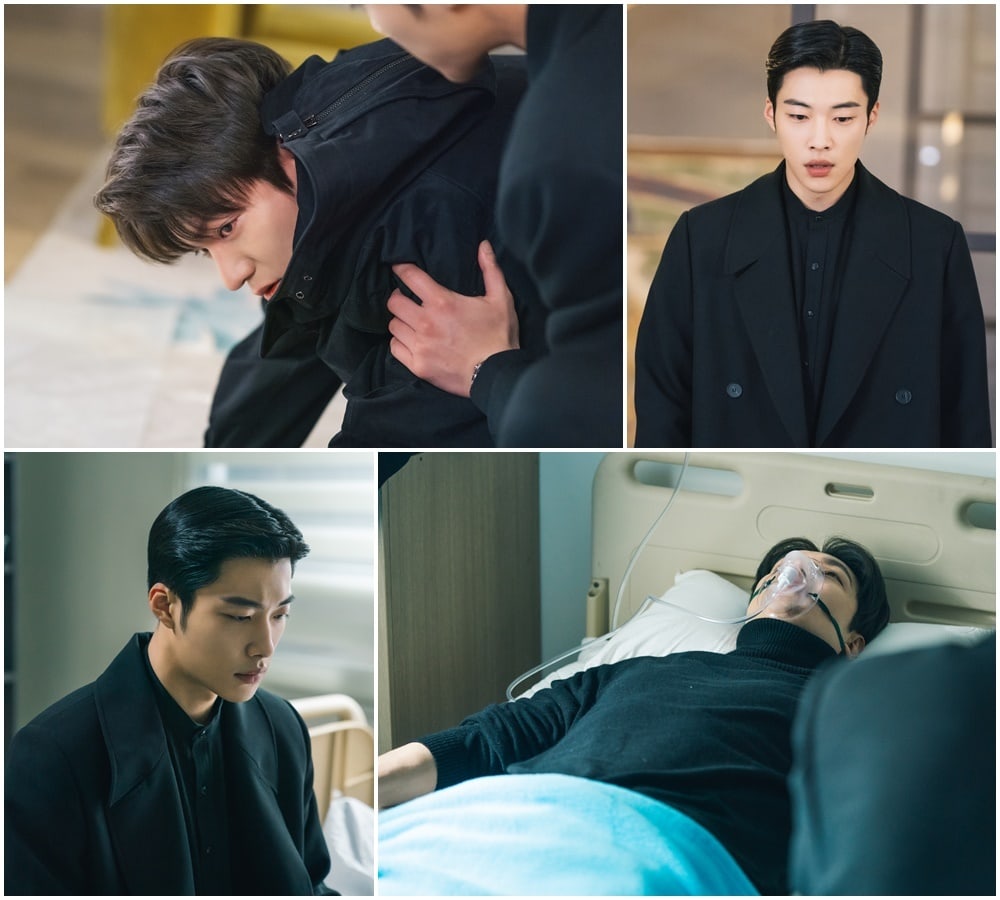 Production company Hwa&Dam Pictures stated, “Lee Min Ho and Woo Do Hwan, in their roles as the emperor and the chief royal bodyguard, are like soulmates. This will be a key scene in how Lee Gon overcomes the troubles that he is involved in. Please look forward to Episode 13.”