On the May 28 episode of “Good Girl,” the cast took part in a unit battle!

The mission began last week when the cast went to a two-day-and-one-night song camp, where they were given the task of making a two-member unit to perform together on the second day. They were told that the pair that was crowned as the “best unit” would get flex money as a prize.

The latest episode featured duo performances by the remaining units. Check them out below!

Sleeq and Hyoyeon – “Blinding Lights” (original by The Weeknd)

In the end, Sleeq and Hyoyeon were named the winners! All their fellow contestants had voted for them as the best unit. 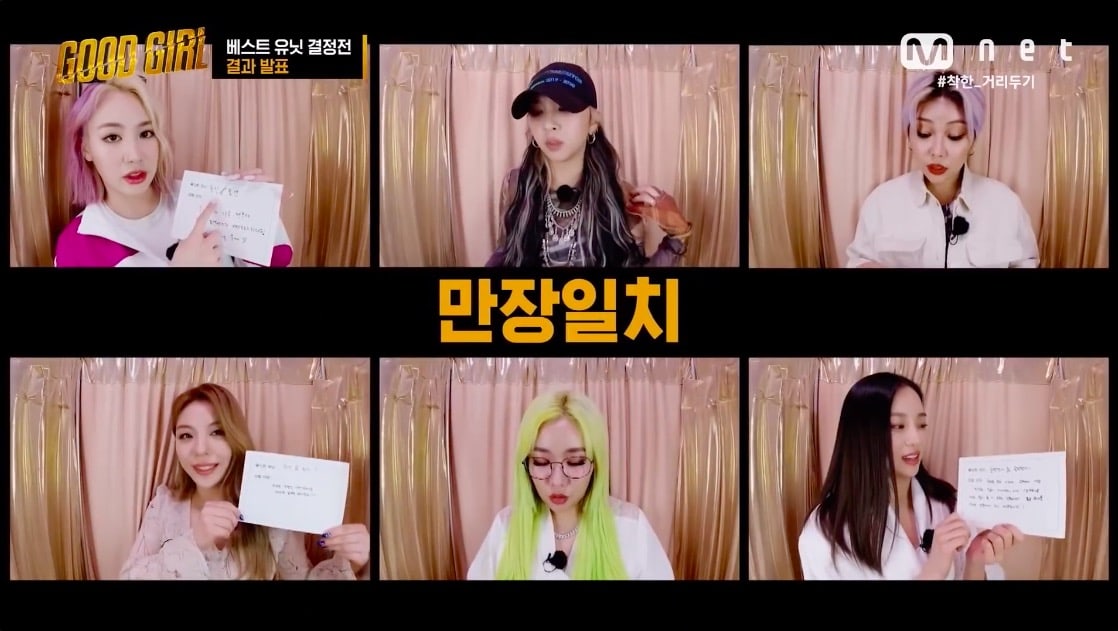 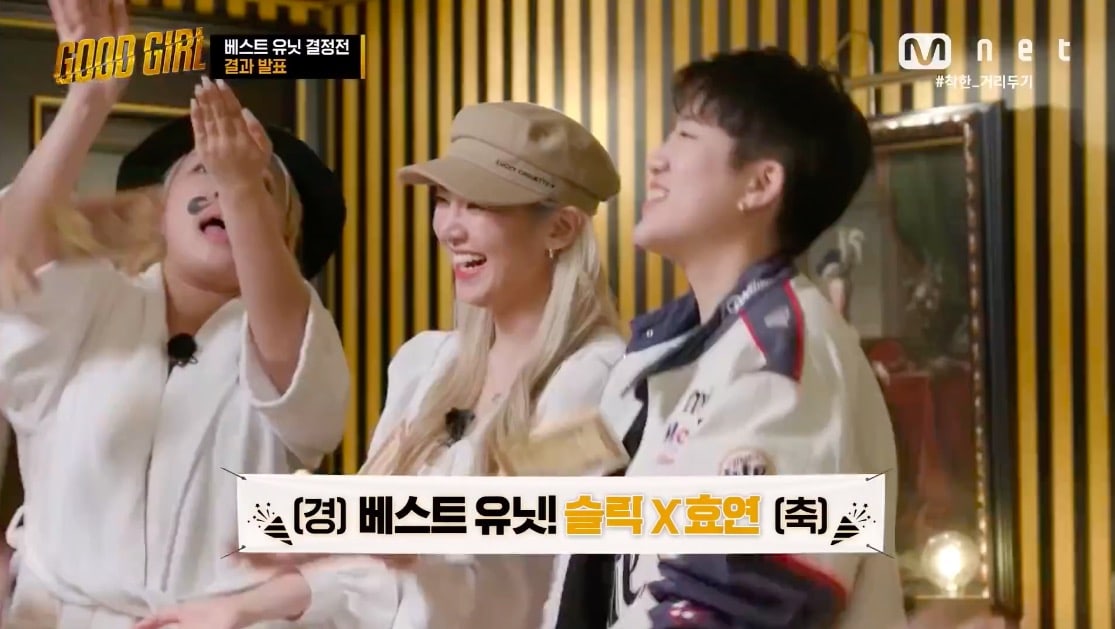 The “Good Girl” cast was then shown taking on their first quest, which was a battle against Just Music and Wedaplugg Records, which houses artists like Swings, Giriboy, and more. The Quiett took part in the episode as a special director.

When they came up with the lineup for their competition, the “Good Girl” members decided that Lee Young Ji would go up against Giriboy. Lee Young Ji said, “I’m really scared. Giriboy was my mentor on ‘High School Rapper.'”

It was also decided that in the first round, Sleeq, Yunhway, and Jamie are going up against Lil Tachi, sAewoo, and Jhnovr.