In a recent interview with Sports Chosun, Jo Jung Suk shared his thoughts on becoming a father!

Recently, Jo Jung Suk successfully wrapped up his tvN drama “Hospital Playlist,” which recorded its highest viewership ratings with the finale at 14.1 percent viewership. Viewers have already expressed their anticipation for the second season.

Many viewers praised Jo Jung Suk for creating a character of a lifetime through “Hospital Playlist” as Yuljae Hospital’s most popular doctor Ik Joon. After making his debut as a musical star, Jo Jung Suk soon became a popular actor in dramas as well. He made viewers tear up with his role as Eun Si Kyung in MBC’s “The King 2 Hearts,” and made viewers’ hearts flutter with the romantic comedy in tvN’s “Oh My Ghostess” with Park Bo Young. He also showcased an exciting romance with Gong Hyo Jin in “Don’t Dare to Dream,” and he continued to find success through MBC’s “Two Cops,” SBS’s “Nokdu Flower,” and the film “E.X.I.T.” 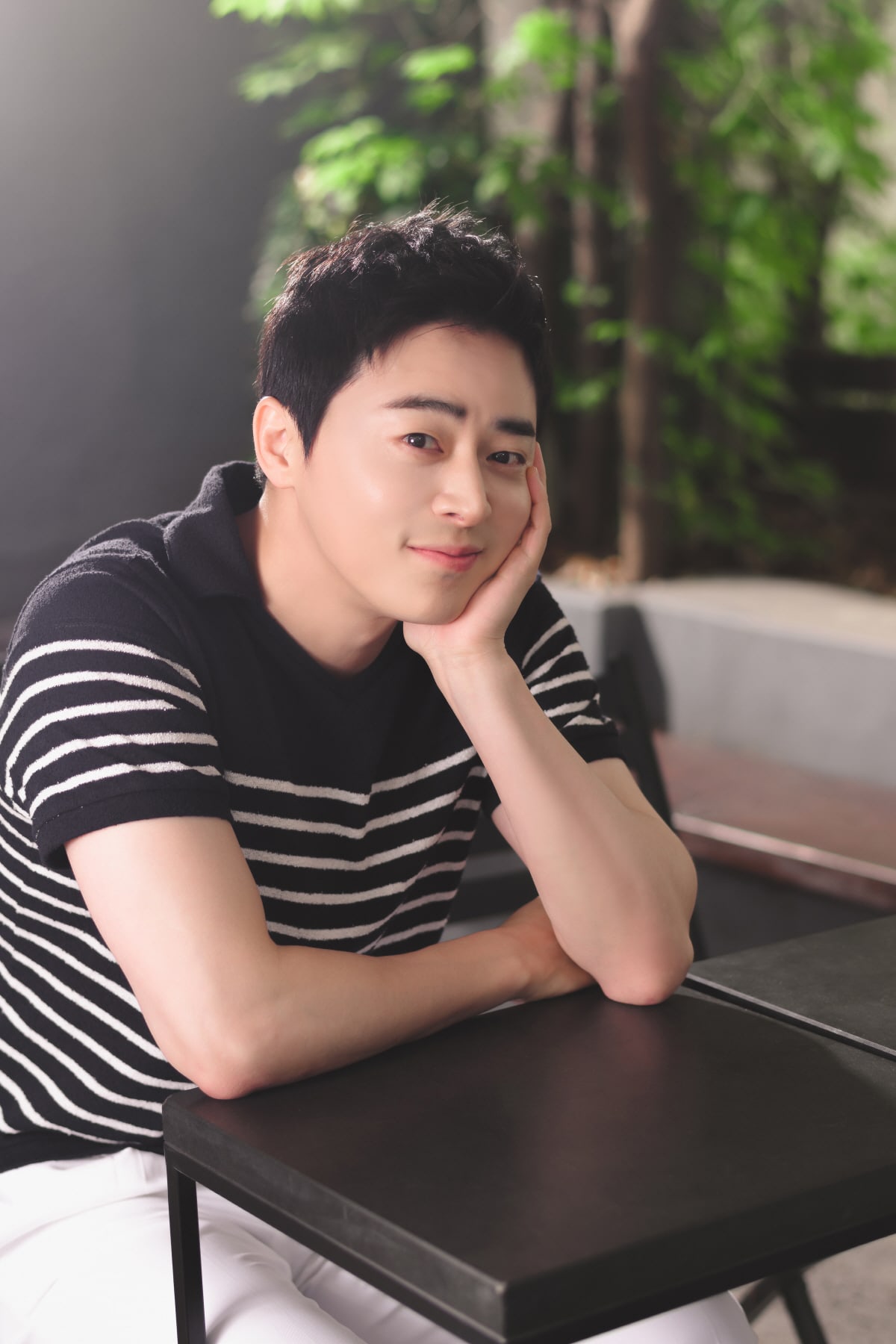 On his recent drama, the actor shared that his wife Gummy enjoyed him singing “In Front of City Hall at the Subway Station” the most. He shared, “My wife always monitors all my projects as a viewer, but this time, she said that she was immersed into each of the stories rather than just my character. If in the past she focused a bit more on my character while watching, this time, she focused on the drama’s story and kept watch as a regular viewer of the drama.” He continued, “I also let her listen to ‘Aloha’ before its release, and she supported me by saying that it will receive a lot of love since it’s fitting for the season. She was a great source of support.”

Jo Jung Suk also talked about how he changed after marriage. He shared, “I came to like hiking. It’s fun to walk together, and it’s more enjoyable being with someone rather than being alone. Furthermore, life itself feels much more comfortable and stable than before. One aspect that changed after marriage is that I think more about my health.” 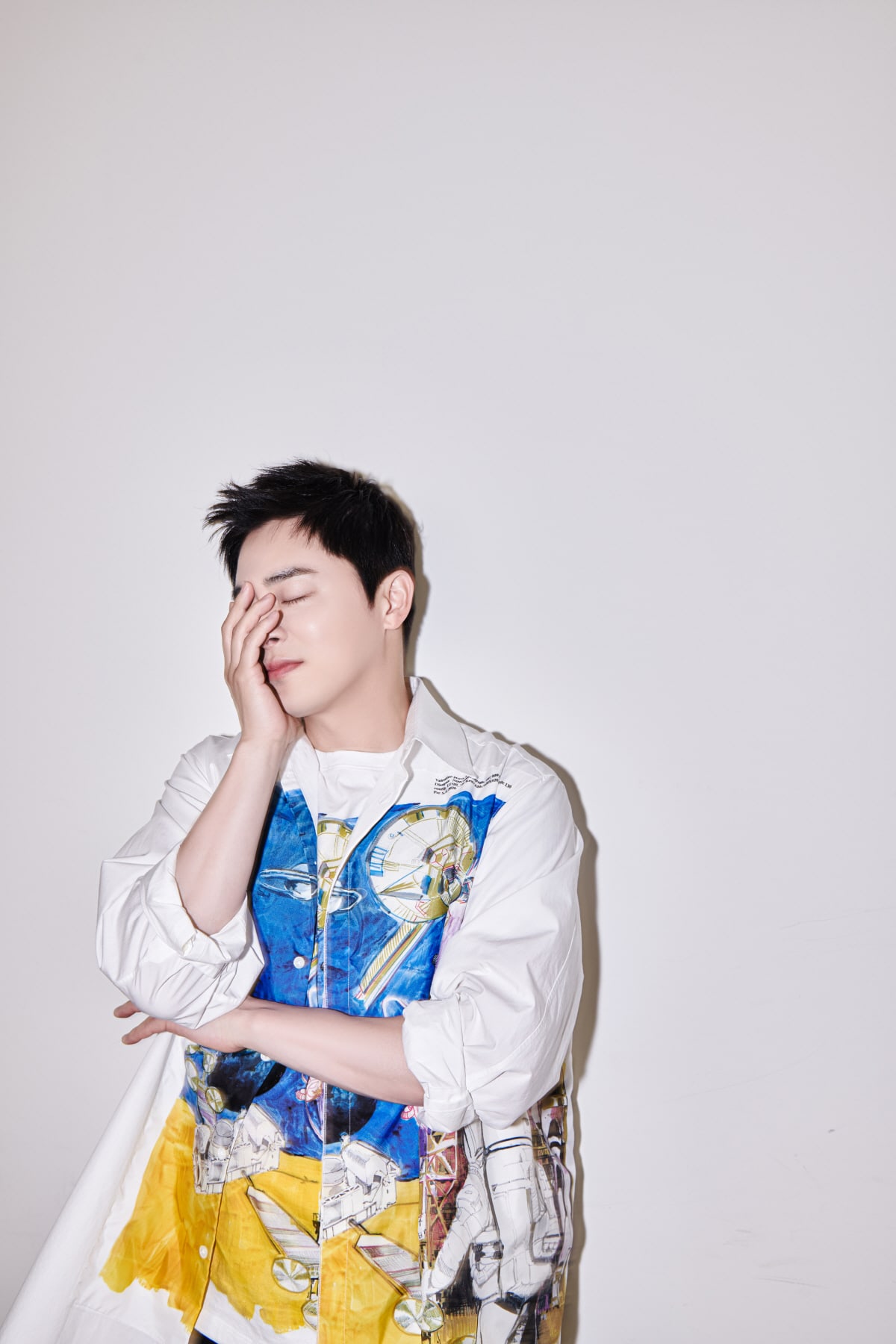 In addition to playing a father in “Hospital Playlist,” Jo Jung Suk will soon become a father in real life as well. He shared, “It was also interesting for me that the first time I tried a role as a father also overlapped with the time I’m becoming an actual father, so this role might have come closer to my heart for that reason too. Ik Joon was very similar to my idea of an ideal father. I think I was able to receive a positive influence while acting as Ik Joon by looking at his treatment of Woo Joo (Kim Joon), the way he resolves situations, and his loving heart towards his son. Therefore, if I become a father, I want to be similar to Ik Joon, and I want to become a father like Ik Joon.” He added, “Now, I’m becoming a father, so I want to become an actor that my child can be proud of.”

Jo Jung Suk also talked about his chemistry with child actor Kim Joon, praising him for being even more charismatic off-screen. He shared, “Really, he was so pretty that every time I saw him, I thought, ‘Oh my, oh my. How can he be so cute?’ Our Joon is charming and doing so well that I want to keep complimenting him.” He also revealed, “When working with child actors, I try to meet them at their level and talk while leading an atmosphere that seems like we’re playing. Although the time we’re acting together is important, I think the time we spend together before or after filming is also really important.”

“Hospital Playlist” will air its special episode on June 4 and carry out a live broadcast for “Mi Do and Parasol” through YouTube.

Gummy
Jo Jung Suk
Hospital Playlist
How does this article make you feel?