Jun So Min has made her return to SBS’s “Running Man!”

During the May 31 episode, the cast entered a room where Jun So Min was waiting for them. As they came in, she turned around and flashed a coy smile, only to break out in embarrassed laughter after Yoo Jae Suk asked, “What are you doing?” 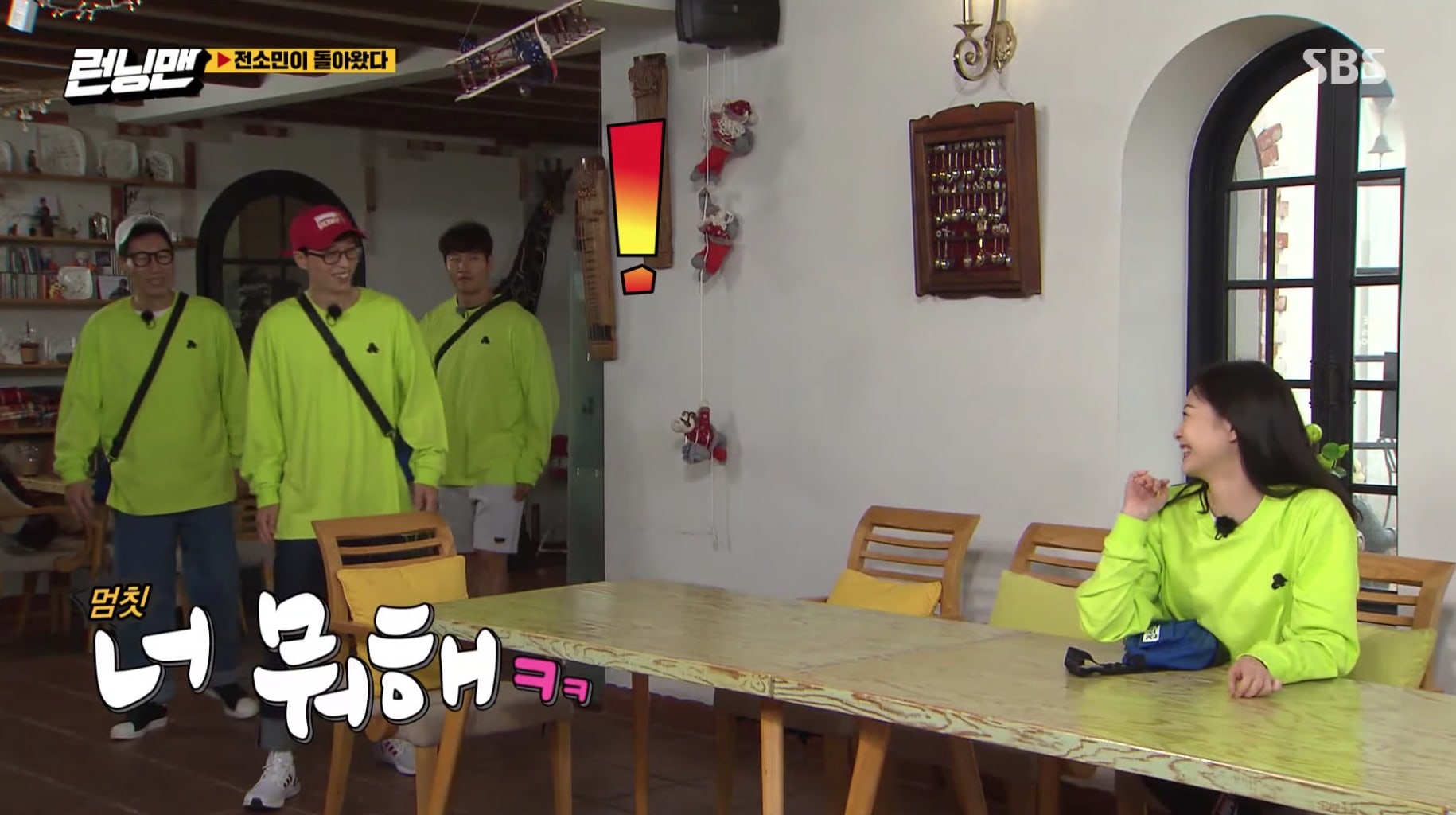 The cast applauded and cheered for her return, with several members pointing out her healthier appearance. After Jun So Min greeted everyone, she put her hands together and exclaimed, “It’s like I’m seeing celebrities again!” She was then asked to address the viewers, but hesitated due to her extreme awkwardness. “It’s strange having so many cameras pointed at me after so long,” she said. However, she gave an enthusiastic greeting in the end. 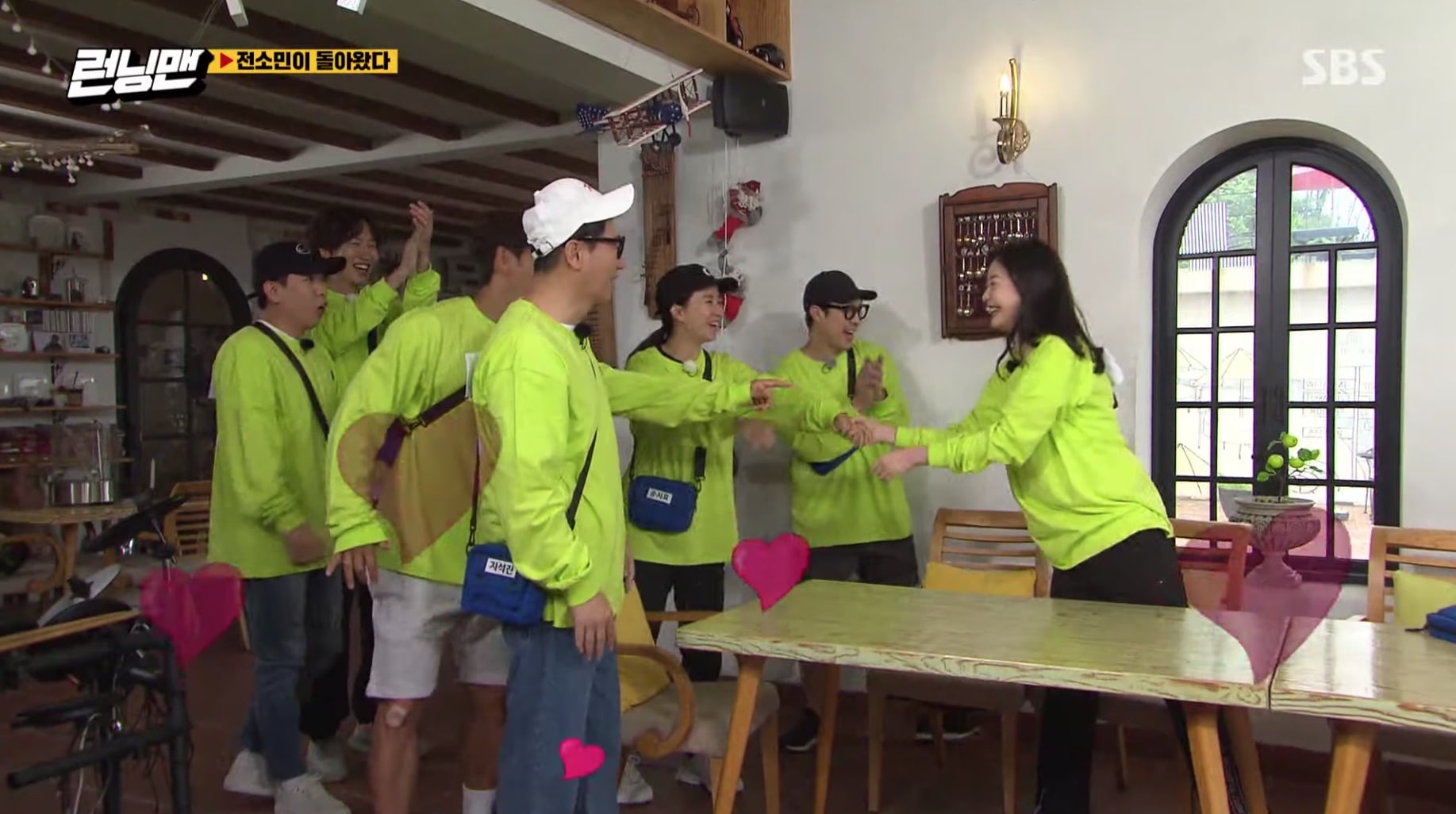 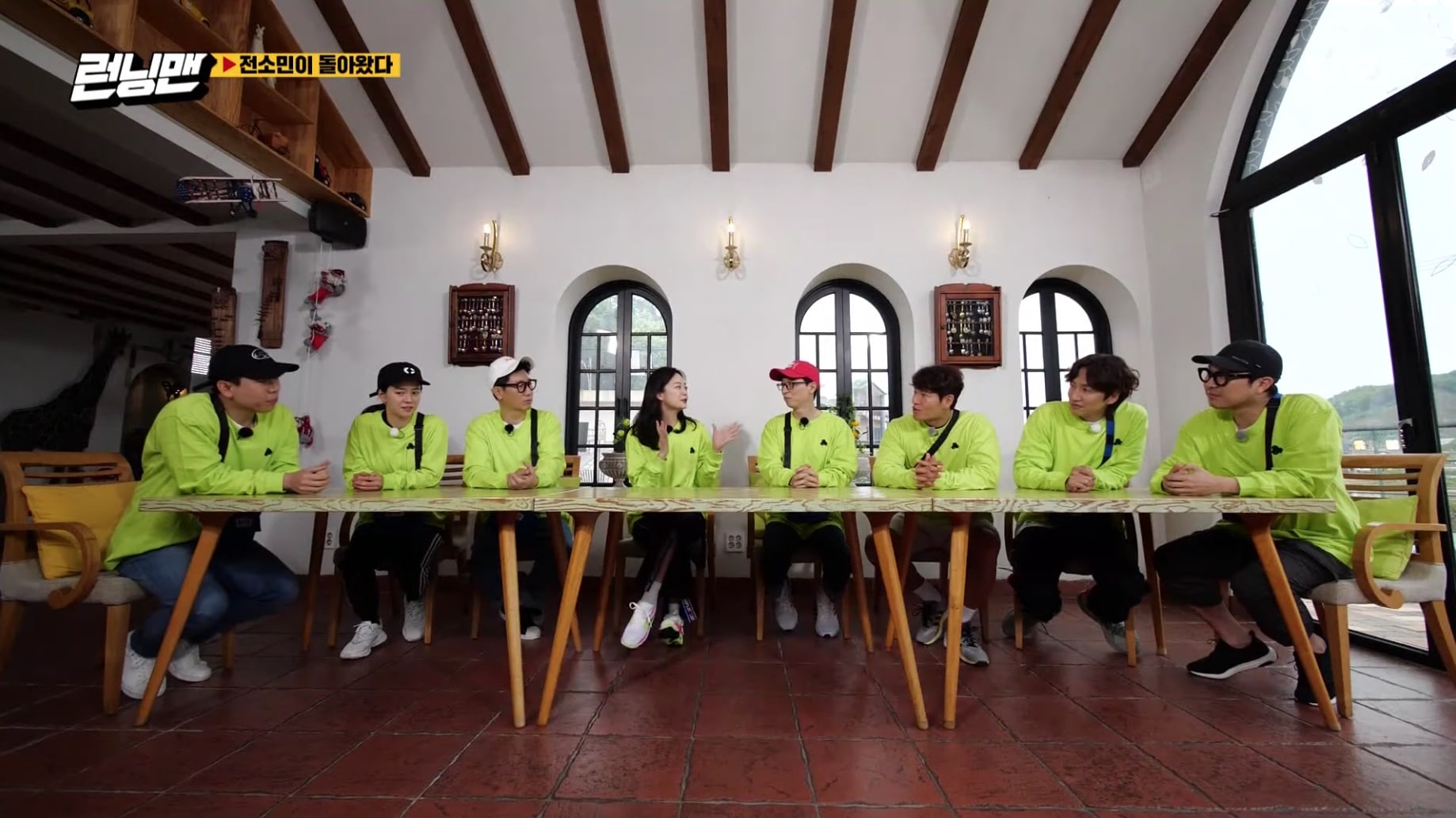 Jun So Min also shared that she had reflected a lot during her break. “I’ve realized the importance of the people around me,” she said. “I’ve realized who is a true supporter of me and who isn’t.” HaHa joked, “You’ve gotten even scarier than before.”

Jun So Min quipped back, “I’ve realized that difference here among the people in this room. I remember who sent me the most texts and called me the most often.” Although this started off the entire “Running Man” cast making excuses, Jun So Min was particularly focused on Yang Se Chan and said, “There were people who contacted me often at first but slacked off later on.” 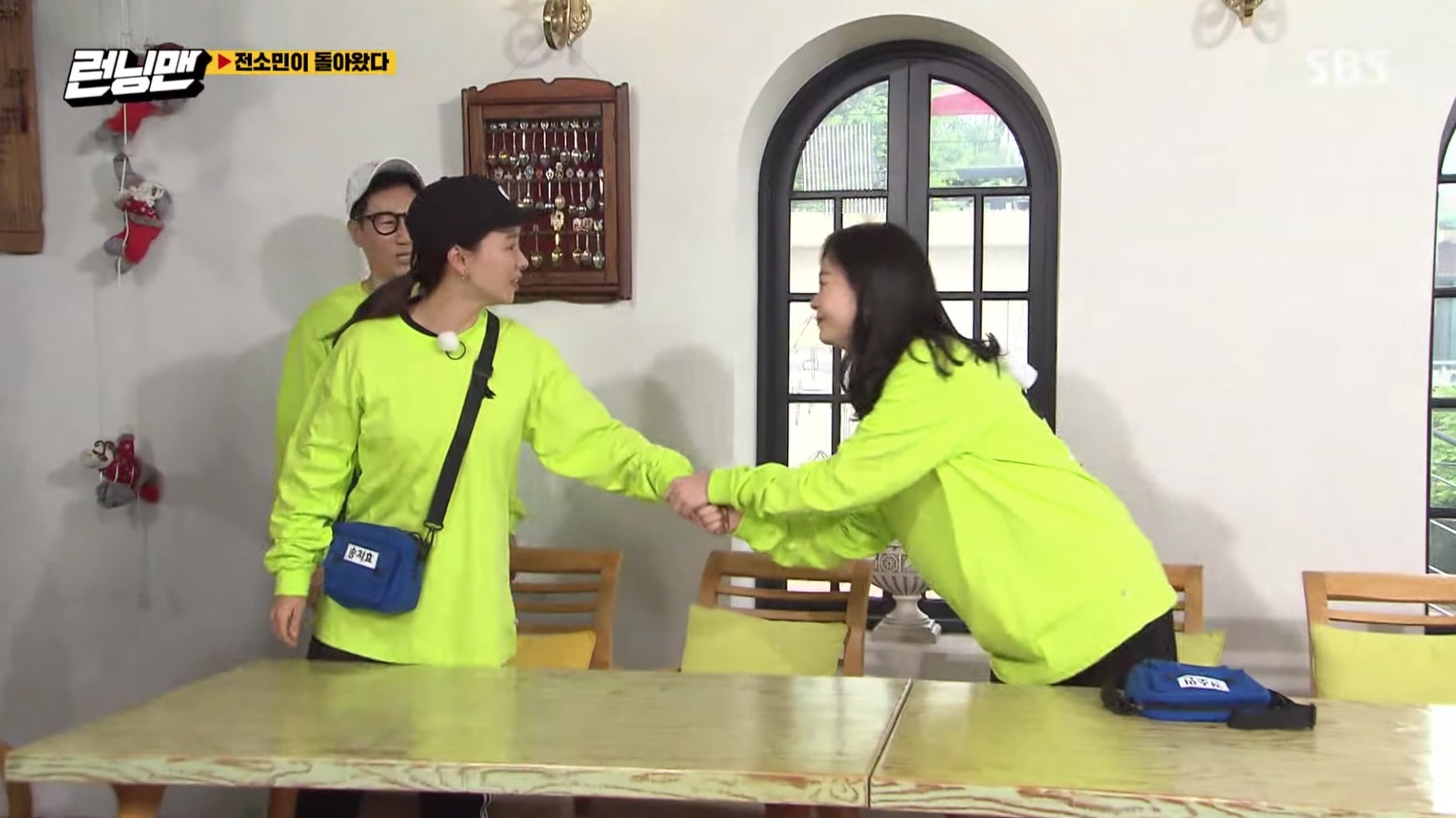 In the end, Jun So Min revealed that Song Ji Hyo had contacted her the most often. “There were a lot of articles about me returning to the show,” she said, “but Ji Hyo unni called me and asked me when I was coming back. She really doesn’t check the Internet often.”