2AM’s Jo Kwon spent some quality time with JamJam on “The Return of Superman”!

On the May 31 episode of the KBS 2TV variety show, Jo Kwon paid a visit to Moon Hee Jun’s home to spend the day with his daughter JamJam.

Together, the two played with JamJam’s dolls, and they even dressed up to sing and dance together to Lee Jung Hyun‘s iconic hit “Come (Wa).” 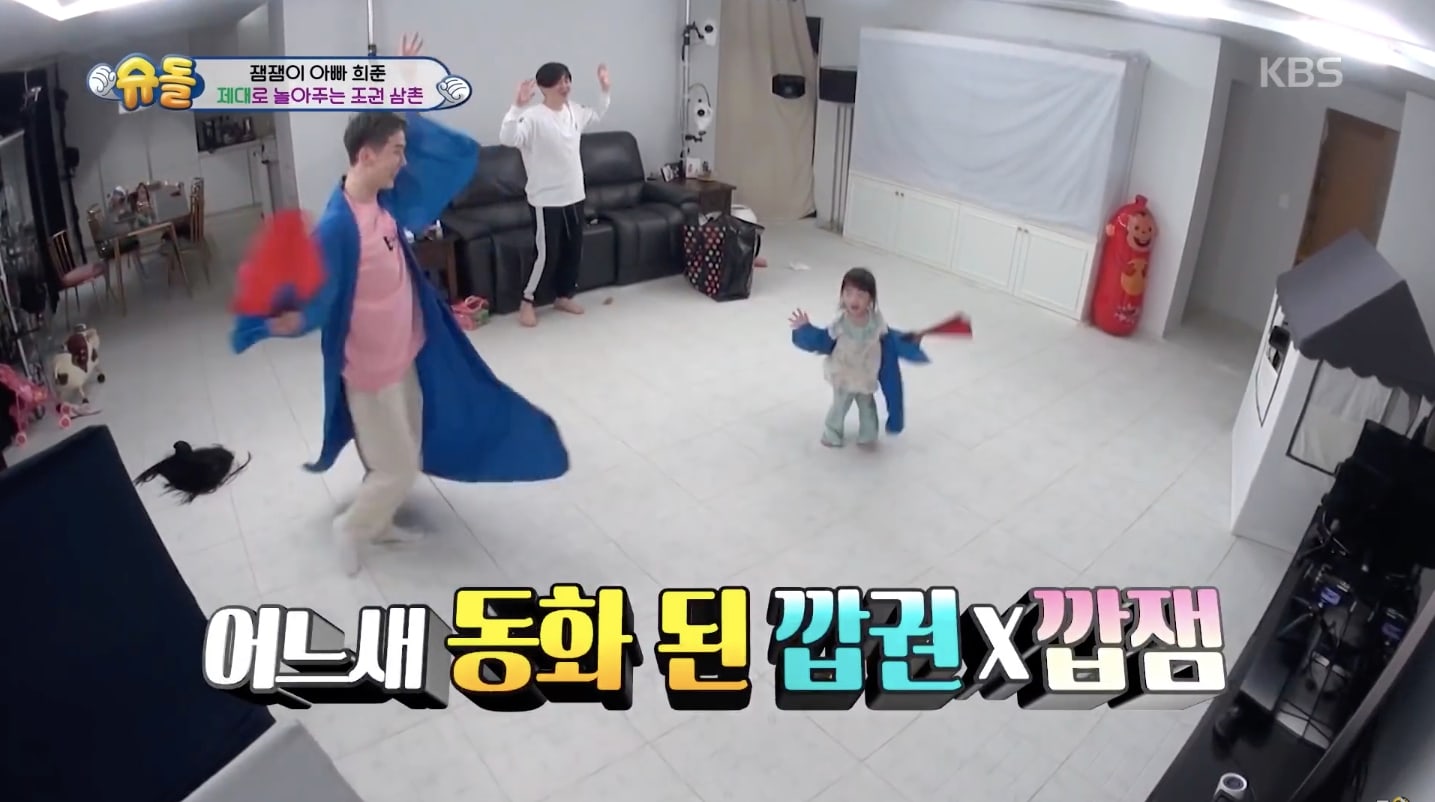 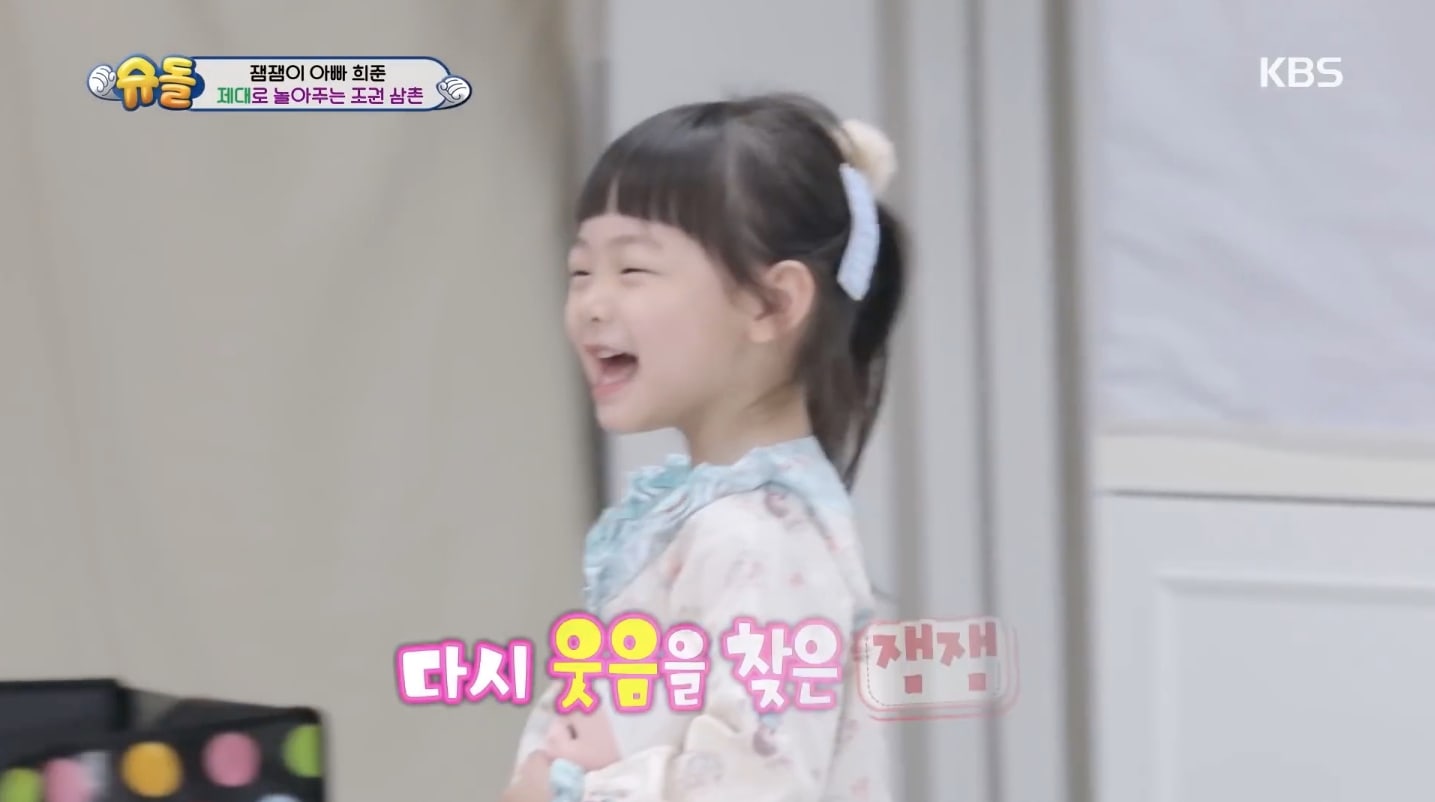 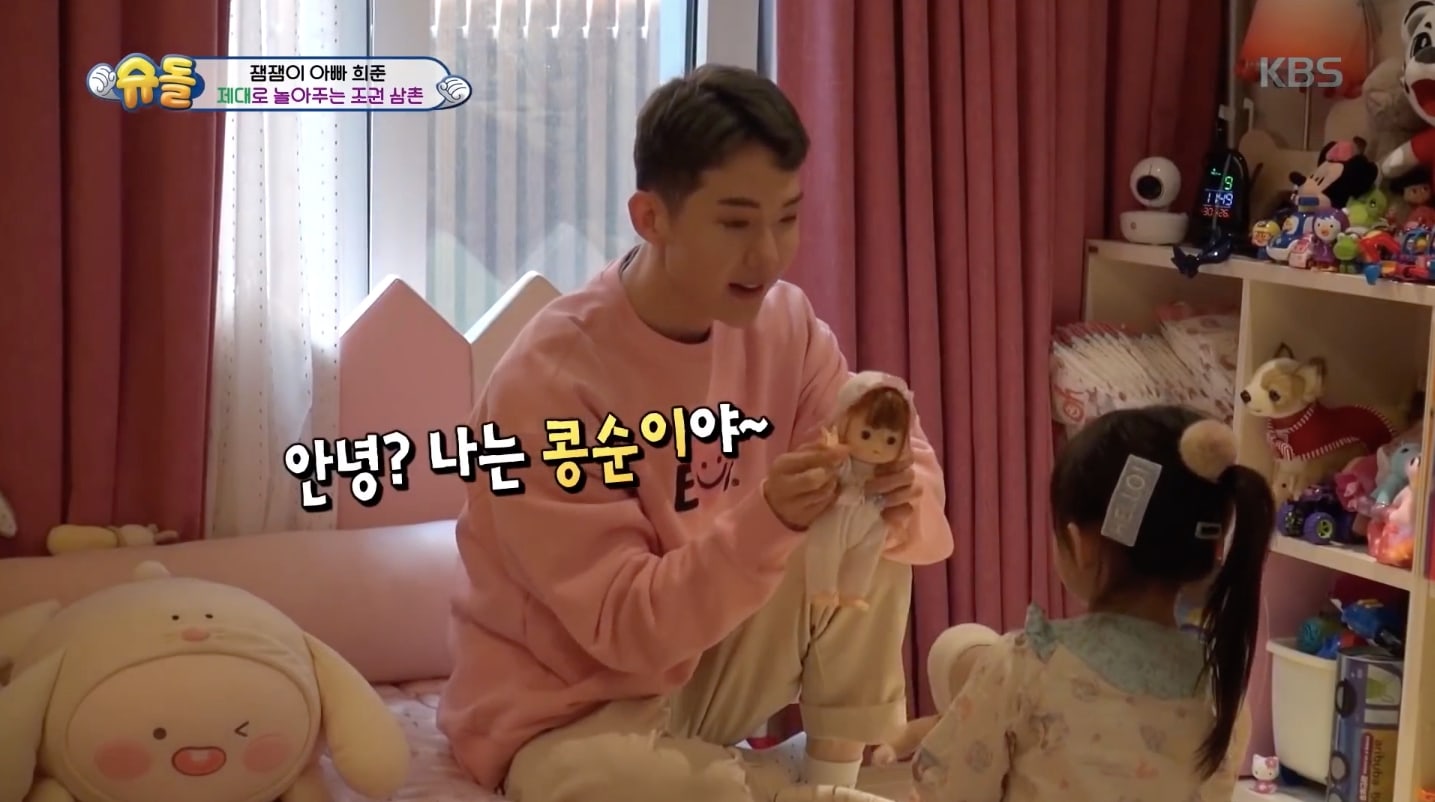 Later, Jo Kwon revealed that he had prepared a special surprise for JamJam. The singer, who was discharged from the military in March, brought his own army uniform as well as a child-sized uniform for JamJam. After they had changed into their uniforms, the two played soldiers on the rooftop of JamJam’s building.

The 2AM member also brought JamJam a fun gift: bricks made out of dalgona (Korean toffee). Together, they smashed the bricks with tiny toy hammers before Jo Kwon surprised JamJam by revealing that the bricks were actually edible—and delicious.

Jo Kwon then jokingly asked JamJam, “Jam, who gives you the most stress these days? Is it your mom or your dad?” JamJam caught everyone off guard by replying, “Hao.” After bursting into laughter, Jo Kwon asked why Gary‘s son Hao was stressing her out, and JamJam explained, “He doesn’t listen to me. Hao, don’t run away!” However, she concluded, “I still like him.”

Suddenly getting sentimental, Jo Kwon told JamJam, “Uncle is really lonely.” She asked, “Why are you lonely?” and he revealed, “Uncle got dumped.” He went on to tell her about the break-up, sharing, “Uncle was in the wrong. I wish [my ex] would come back.”

JamJam gave Jo Kwon a warm hug and reassured him, “It’s okay. Soon, Uncle will make a friend too.” 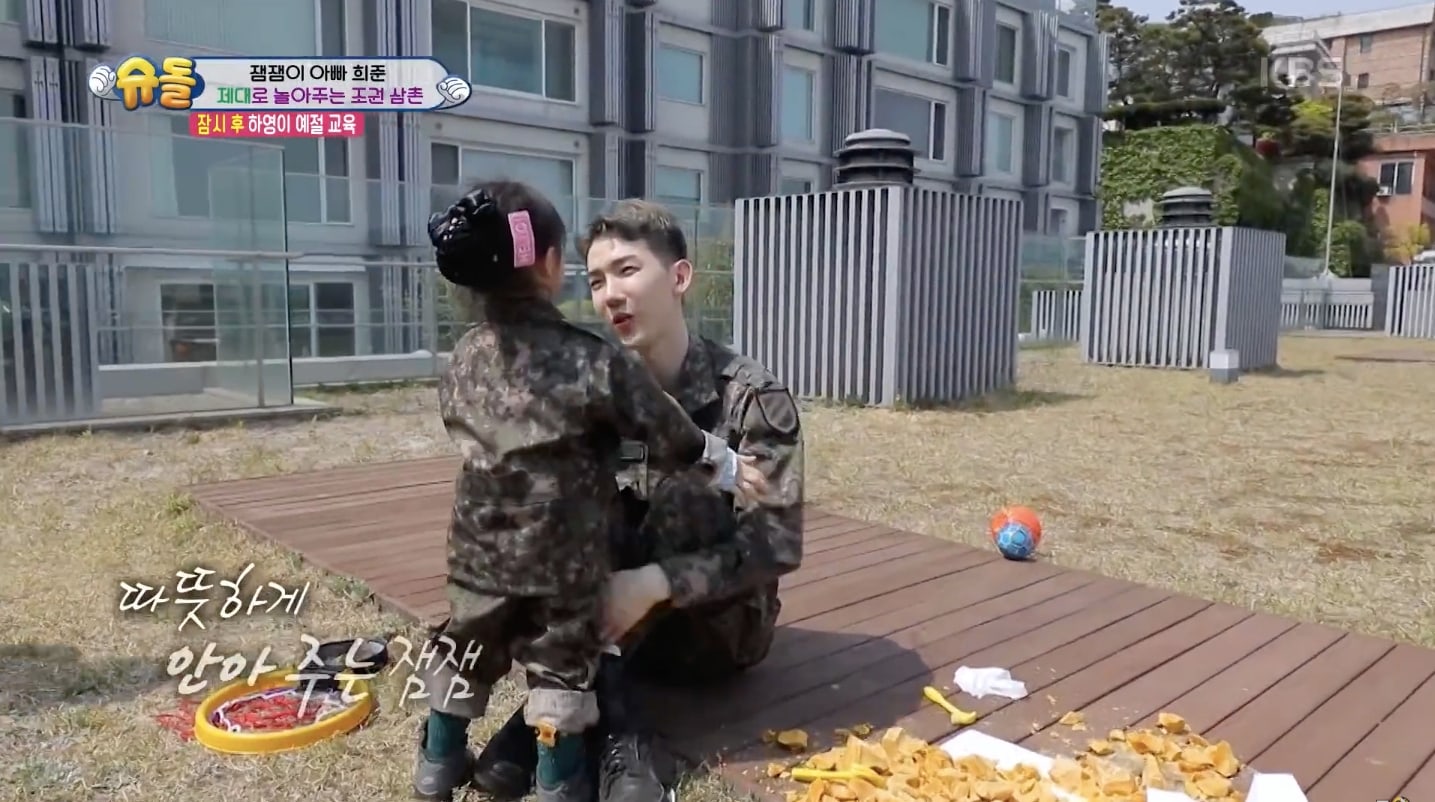 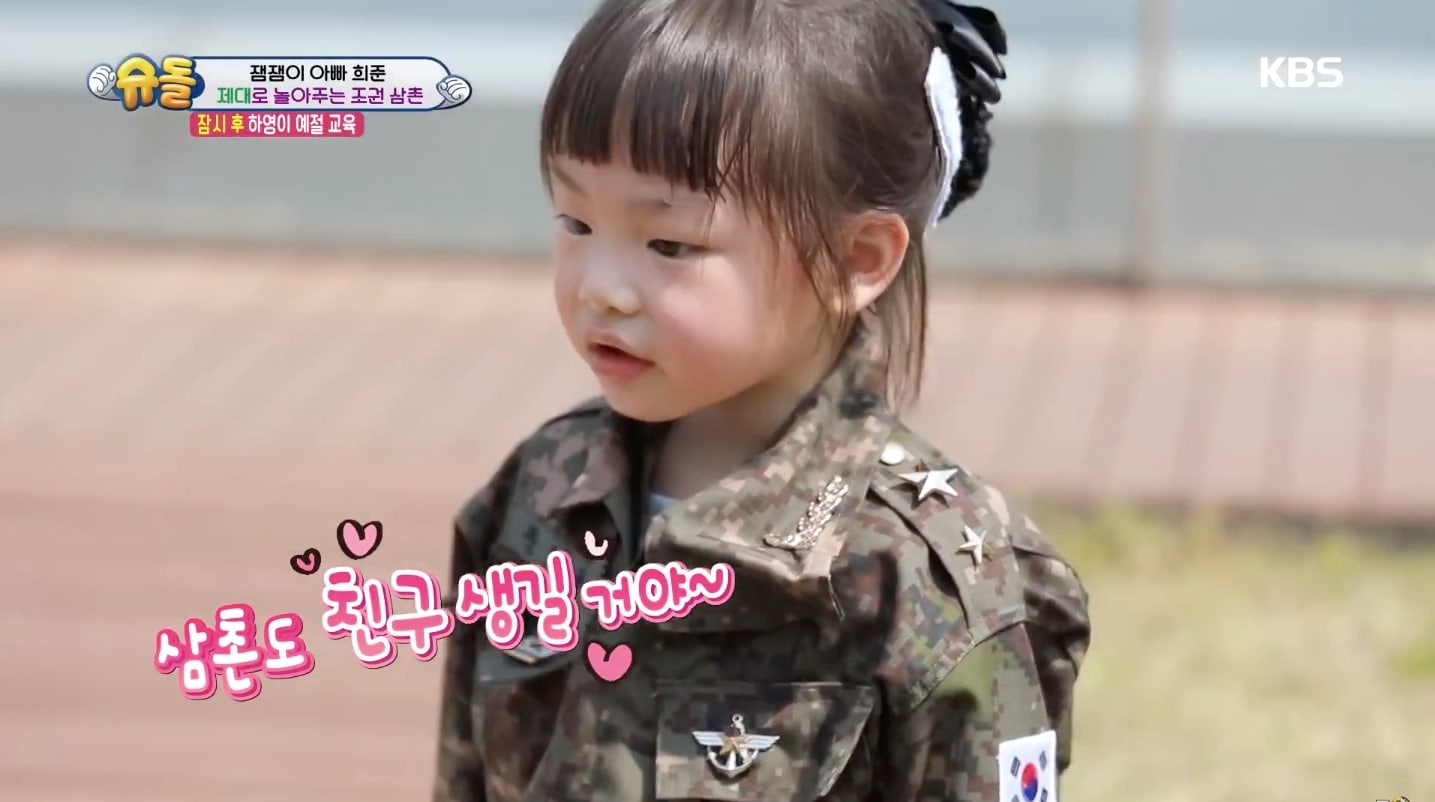 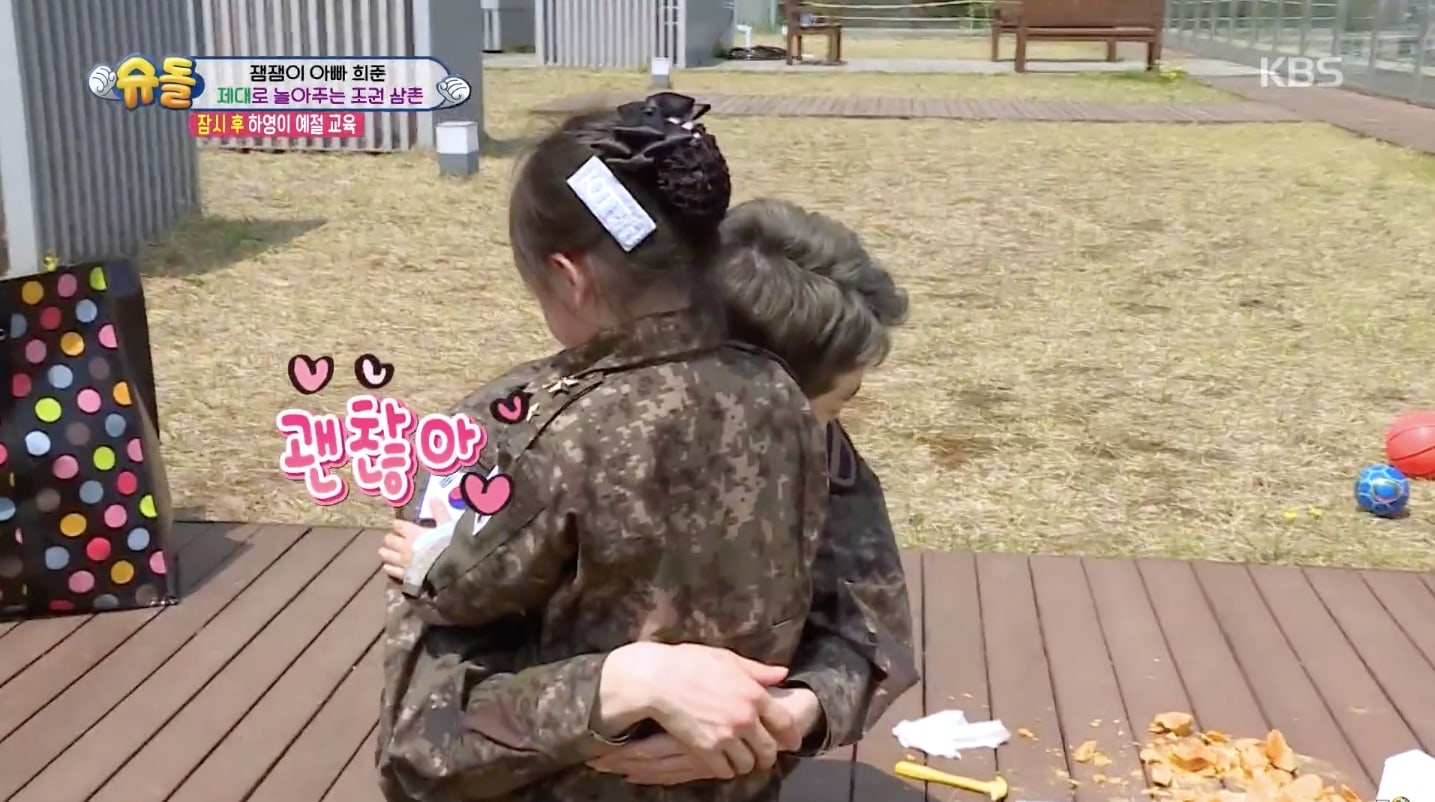 Jo Kwon later took to Instagram to share a cute photo from their hangout, in addition to a couple of clips from the show.

The full episode of “The Return of Superman” will soon be available with English subtitles on Viki. In the meantime, catch up on last week’s episode of the show below!

The Return of Superman
2AM
Moon Hee Jun
Jo Kwon
JamJam
How does this article make you feel?