On the latest episode of “Running Man,” Kim Jong Kook revealed that he suffered a minor injury while filming last week’s broadcast.

During the opening of the SBS variety show’s May 31 episode, the cast members greeted Kim Jong Kook by asking him how he was feeling and if his leg was okay.

As the caption explained that Kim Jong Kook had injured his ankle during filming the previous day, the singer said with a laugh, “[During the soccer mission], my foot twisted in a direction that it’s never twisted before in my entire life.”

He went on to reassure Yoo Jae Suk, “There isn’t that much swelling.” 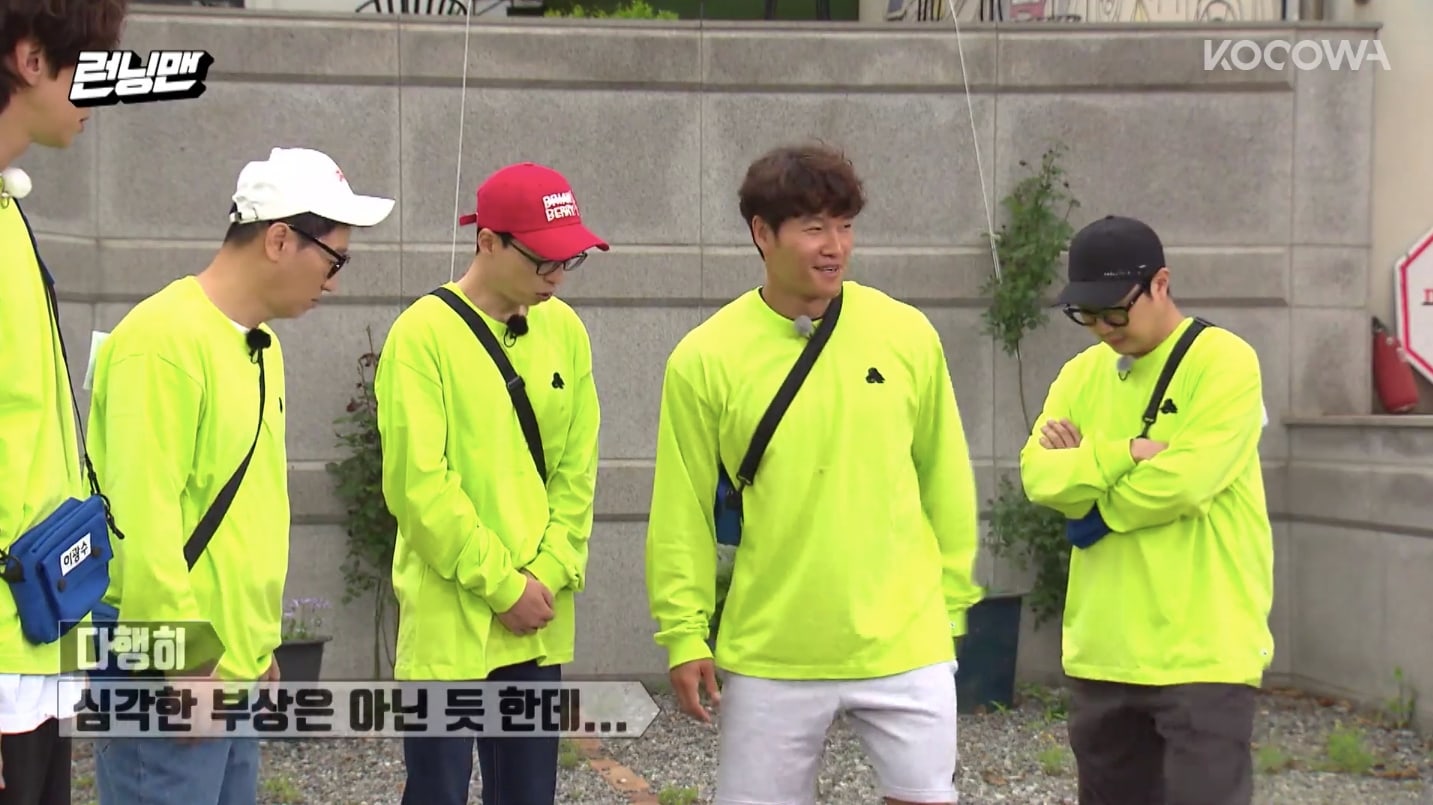 The other “Running Man” members went on to joke that Kim Jong Kook’s injury gave them a rare opportunity to defeat him in competition, with Ji Suk Jin observing, “Doing ‘Running Man’ for so long, you end up thinking that this kind of day is an opportunity.” Yang Se Chan agreed with a laugh, “Today’s the day,” and Lee Kwang Soo playfully chimed in, “I don’t know why. It’s a terrible thing to feel, but I can’t help it. It’s driving me crazy.”

However, Ji Suk Jin pointed out that they always ended up losing to Kim Jong Kook anyway, laughing, “But then it always turns out that it wasn’t an opportunity at all.” 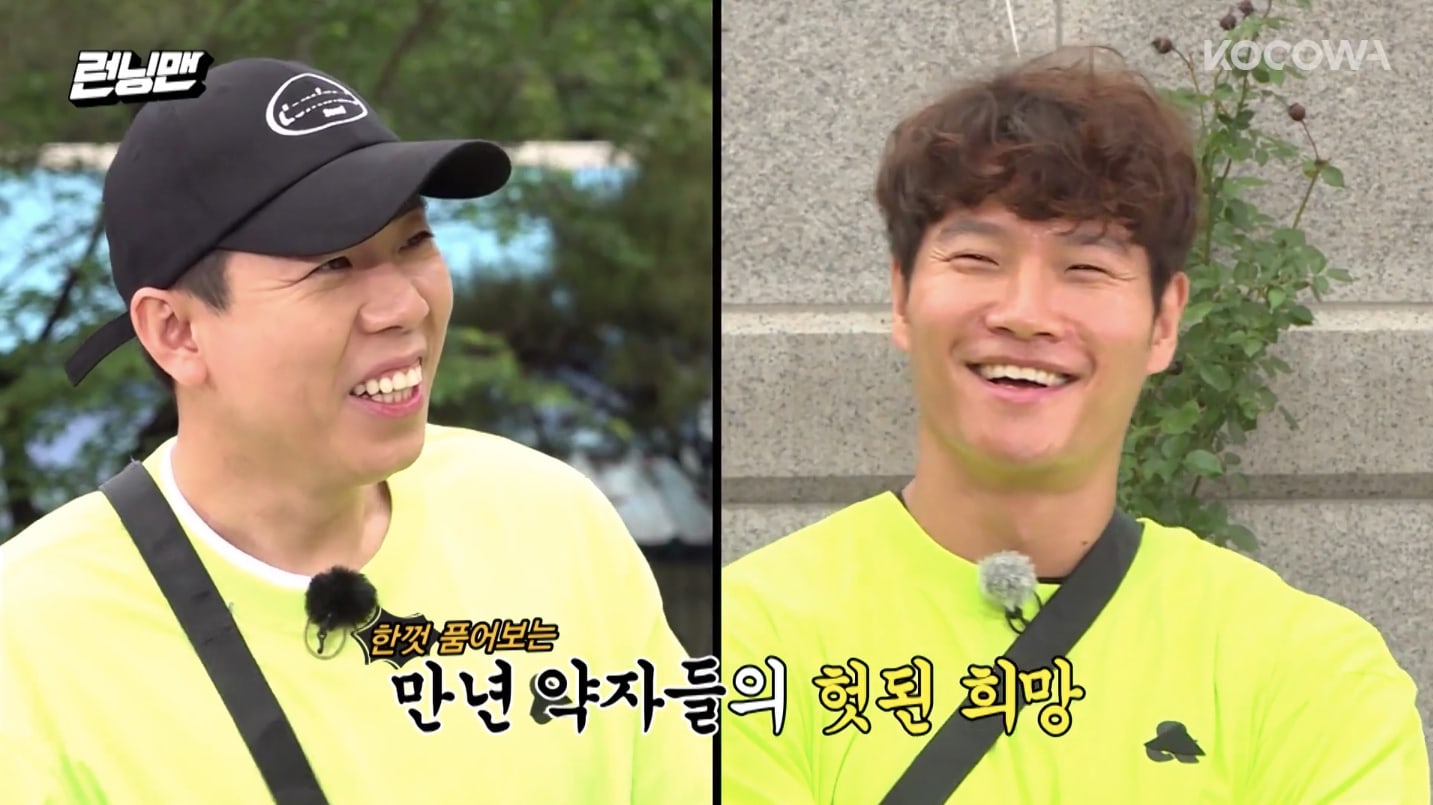 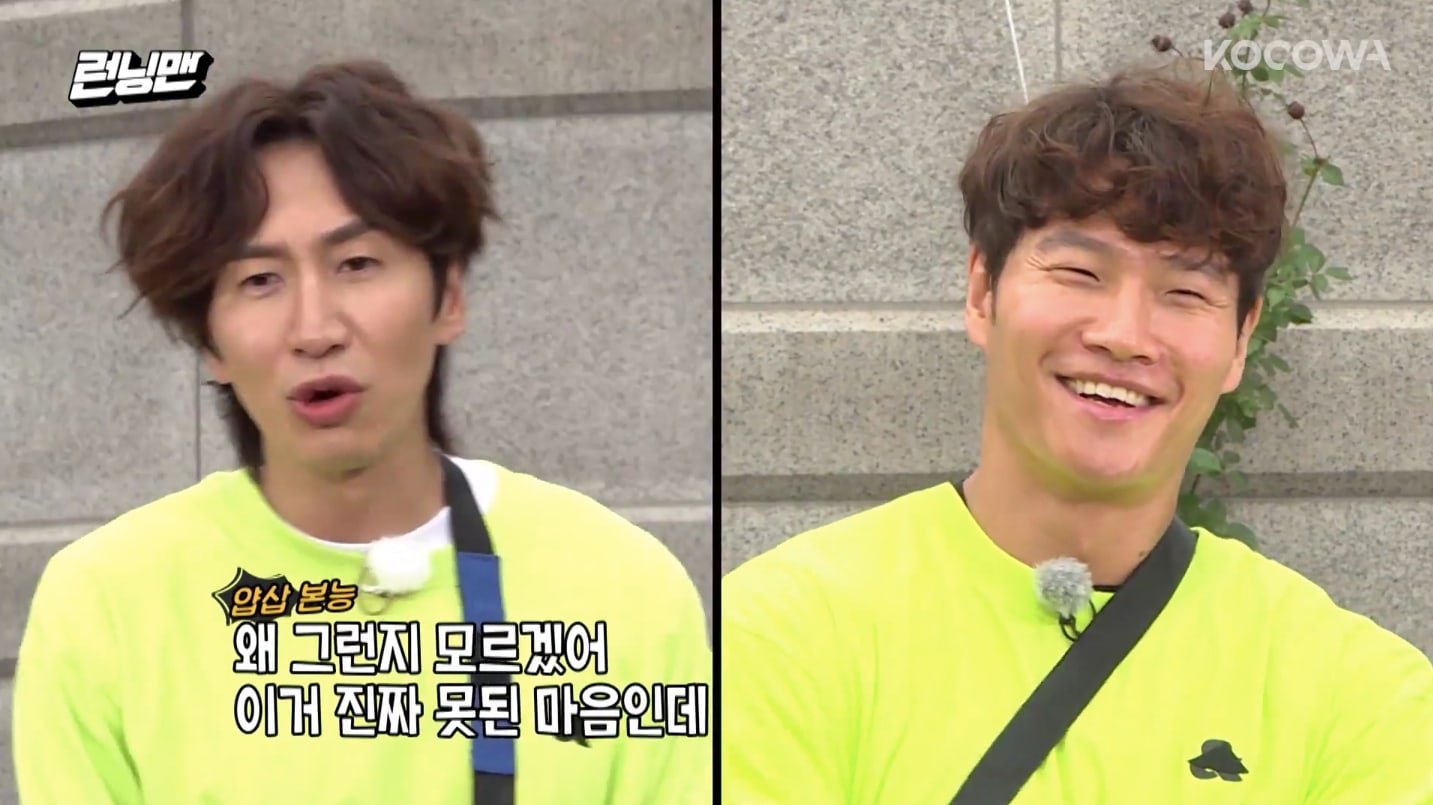