JTBC’s drama “Sweet Munchies” has released new stills ahead of the upcoming episode!

Although Kim Ah Jin finally began filming the pilot episode of her new cooking show, the complications were not yet over as Park Jin Sung became nervous in front of the camera. Ah Jin did her best to comfort the chef by reminding him of what he said to her at the bistro, saying that she wanted to make a cooking show that would bring comfort to viewers who were going through hard times. Park Jin Sung was then able to overcome his nervousness and create a comforting dish using food that had been part of one viewer’s painful memories. With the filming going well, it looked like Kim Ah Jin’s life was finally turning around.

The new stills, however, tell a different story. Kim Ah Jin appears at Park Jin Sung’s bistro with tears in her eyes, and the chef pulls her into a hug to comfort her. In the teaser at the end of the most recent episode, Kim Ah Jin hears hurtful words from her boss Cha Joo Hee (Kim Soo Jin), who tells her that she would never be able to direct a variety show since she has no experience. The words come as a blow to Kim Ah Jin, who worked long hours to prepare for the show. Park Jin Sung embraces her in sympathy since he understands how hard she has worked. 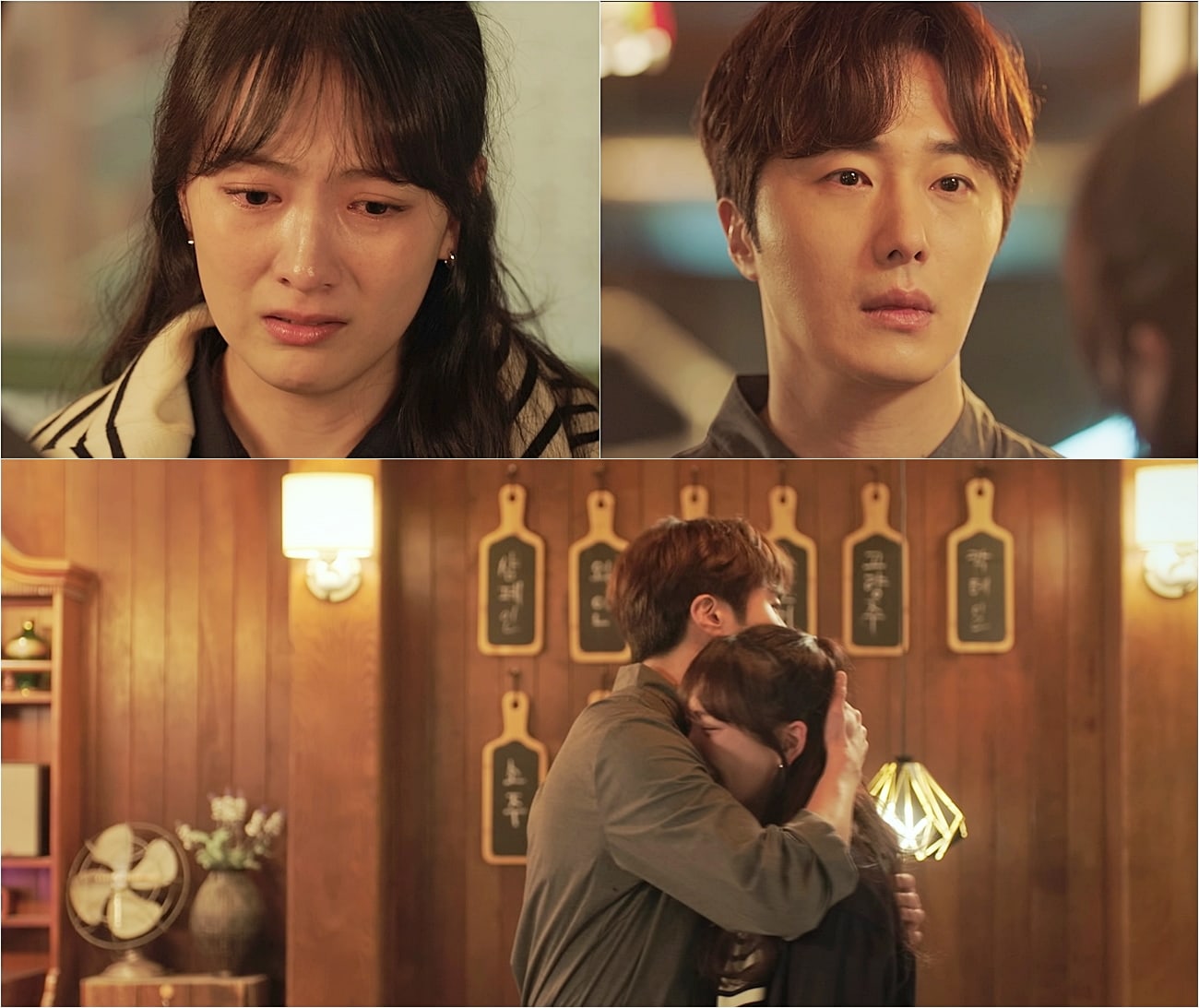