Many more Korean stars have come forward to show support for the Black Lives Matter movement.

Black Lives Matter is an activist movement that campaigns for an end to violence and systemic racism towards the black community, including police brutality and killings of black people. Early last week, outrage was sparked once again by the death of George Floyd, an unarmed black man, after he was pinned to the ground by white police officers in Minneapolis. Protests have spread nationwide, and many people are donating to help the movement.

Celebrities including Jay Park, Tiger JK, GOT7’s Mark, DAY6’s Jae, Crush, and pH-1 have already used their platform to bring awareness to the movement while many more are actively joining with their support.

In addition to his initial donation, Jay Park’s agency H1GHR Music and its artists have collectively donated $21,000 to organizations supporting the Black Lives Matter movement.

Jessi uploaded two posts, with one calling for justice for George Floyd and one sharing a comment to fellow Asian Americans. In her Instagram story, she also shared a post emphasizing that racism is not an intrinsic trait.

This is fuckin disgusting to see that racial injustice and police brutality is still happening in this world. There should be no tolerance for racism and murderers to roam free after killing a man.. It breaks my heart to see people of color being mistreated like they are criminals… This is not right… this is not humane. We want justice for George Floyd and all the others that fell victim to this. #justiceforgeorgefloyd

The only true way to destroy hate is to spread love… Let’s all show someone we know an act of love today. ?? #unity #blacklivesmatter #justicewillrise 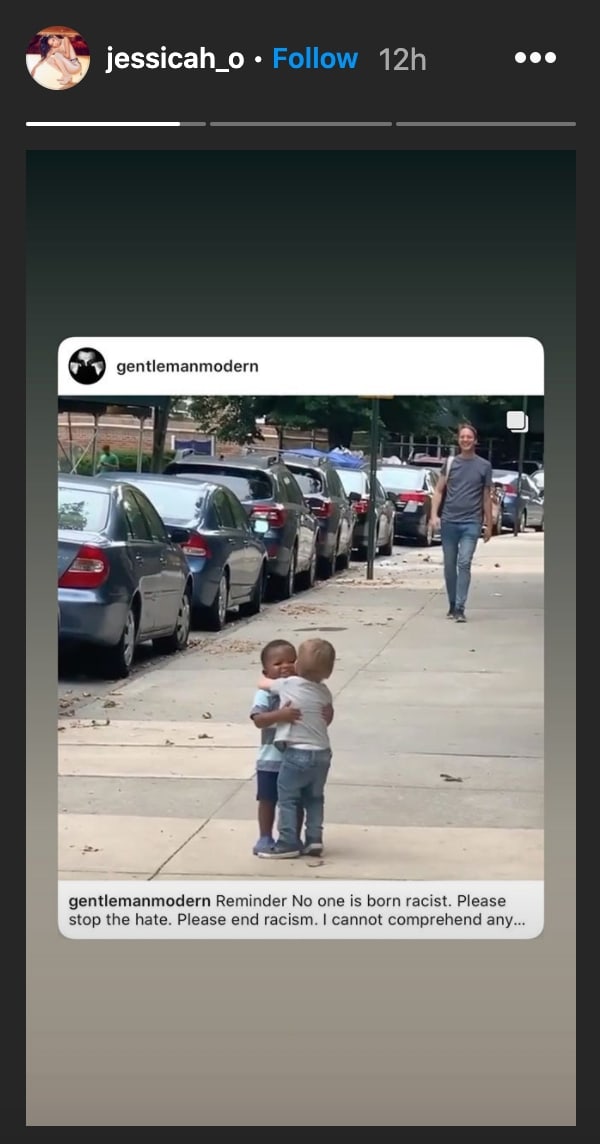 Reminder No one is born racist. Please stop the hate. Please end racism. I cannot comprehend any part of it. We are all humans. We are one. We all matter. For George Floyd and for every person who has suffered from the hands of hatred, be the light and make a change. This cannot continue! We must be better. We must love now! ✌?✌?✌?Peace xx G.M #GentlemanModern #Peace #Love #StopTheHate #WeAreOne #stopracism #endracism #antiracism #fightracism #georgefloyd #justiceforgeorgefloyd #justiceforfloyd #notoracism #blacklivesmatter

On her Instagram story, Red Velvet’s Yeri shared a post from her friend Seo Herin, who is a former SM Entertainment trainee and “Idol School” contestant. The post outlines the issue and provides links to petitions for people to sign. 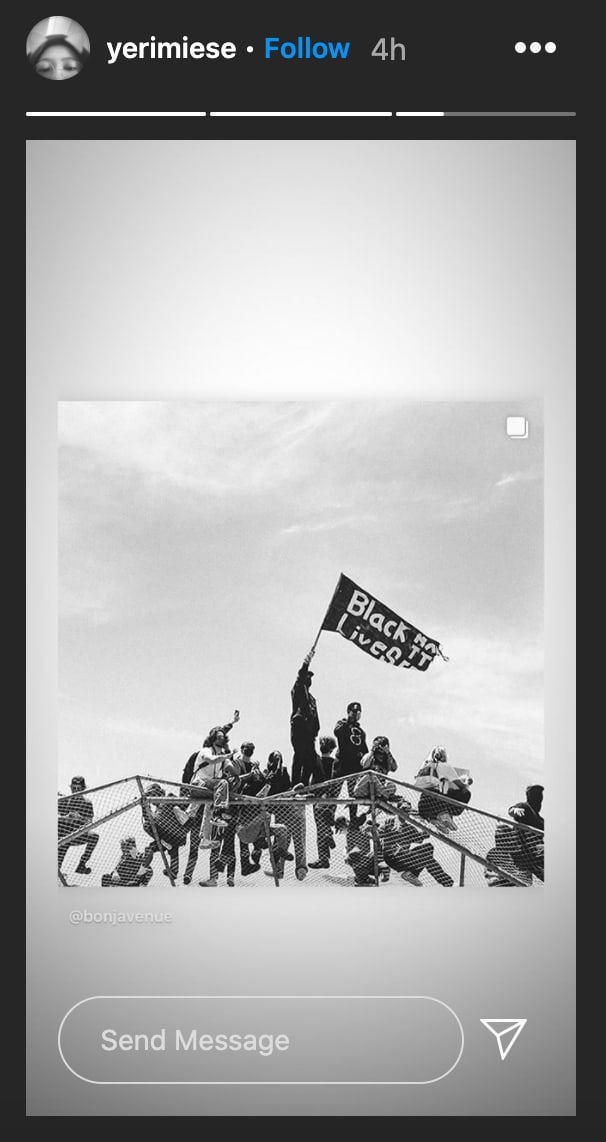 Ive been seeing a lot of people & brands post unnecessary things daily and it angers me that they choose to ignore and not put their efforts into an incredibly more important matter. I have also seen people vaguely post about the situation, evidently showing no compassion or will to take proper action against this hate crime. We have been following a corrupt system for years and people of colour deserve basic human rights. And as a HUMAN BEING we need to help our fellow people in their times of need. It disgusts me that there are still people out there that do not empathize for the black community and ignore their mistreatment. AGAIN WHITE PRIVILEGE. Please do all that you can by spreading awareness, signing petitions, speaking about it to fam&friends and protesting. #blacklivesmatter #raisethedegree find the petitions @ https://blacklivesmatters.carrd.co/ we will not stop.

KARD’s Jiwoo linked two separate posts in her Instagram stories. The first recaps the George Floyd case in Korean and the caption reads, “This is the case of George Floyd’s death that is currently an issue in the United States. In order to spread news of this case as far as possible, I drew this using only the facts and without any personal opinion. Please feel free to spread this.” 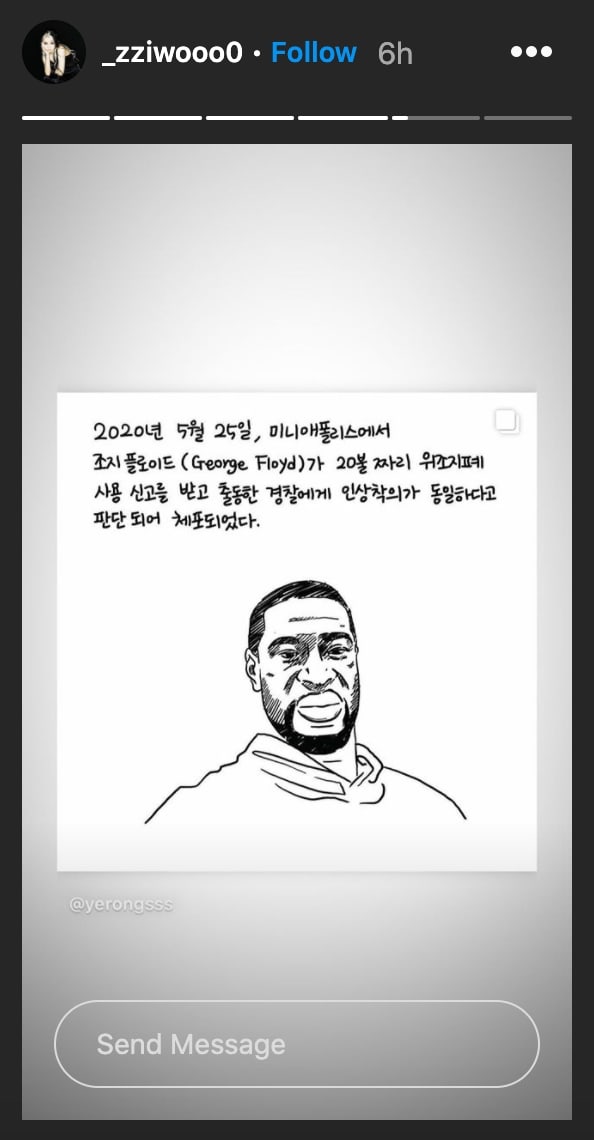 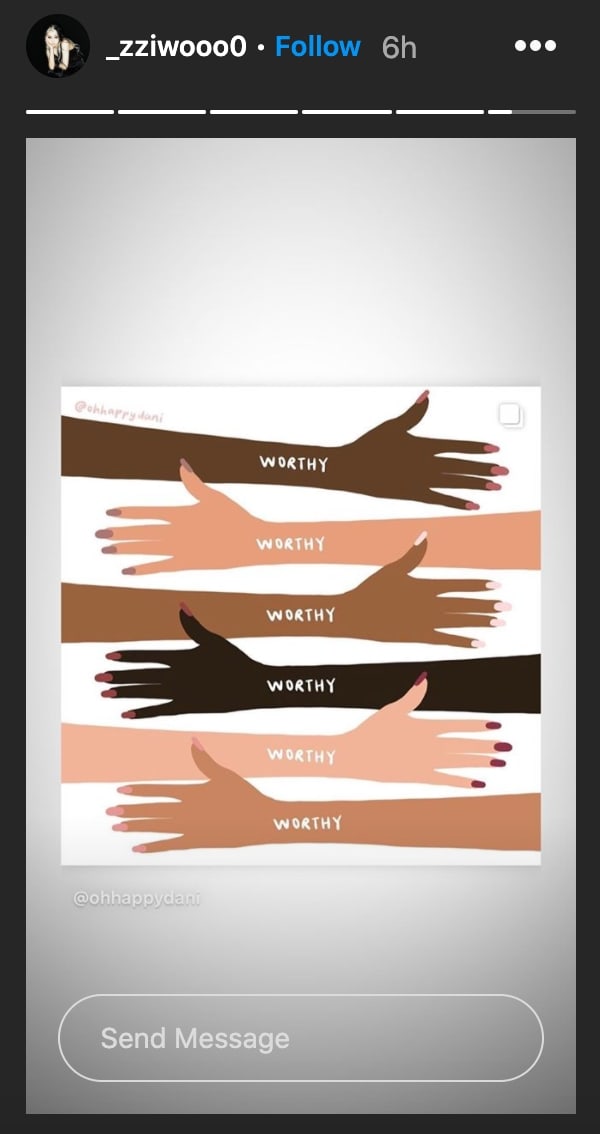 When we move away from colorism, we move into connectedness. Let’s talk about this more. Healing is possible. ?

VIXX’s Ravi posted a photo of George Floyd and commented “Everyone is everything to someone,” adding the Black Lives Matter hashtag. 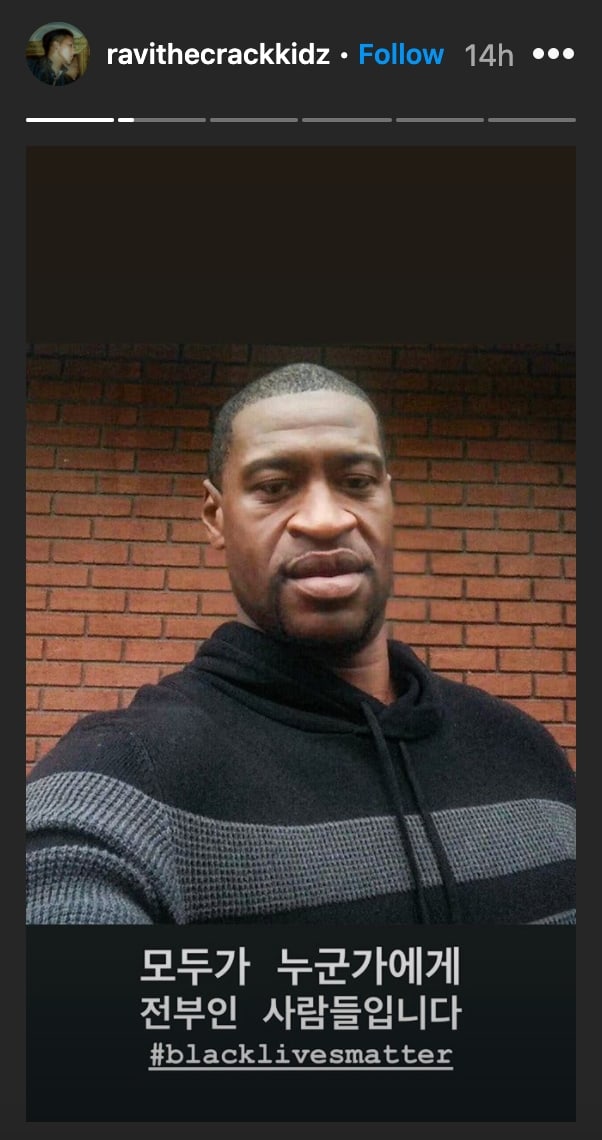 MOMOLAND all shared the same post to their Instagram stories with Ahin later adding her own message and a link to petitions. 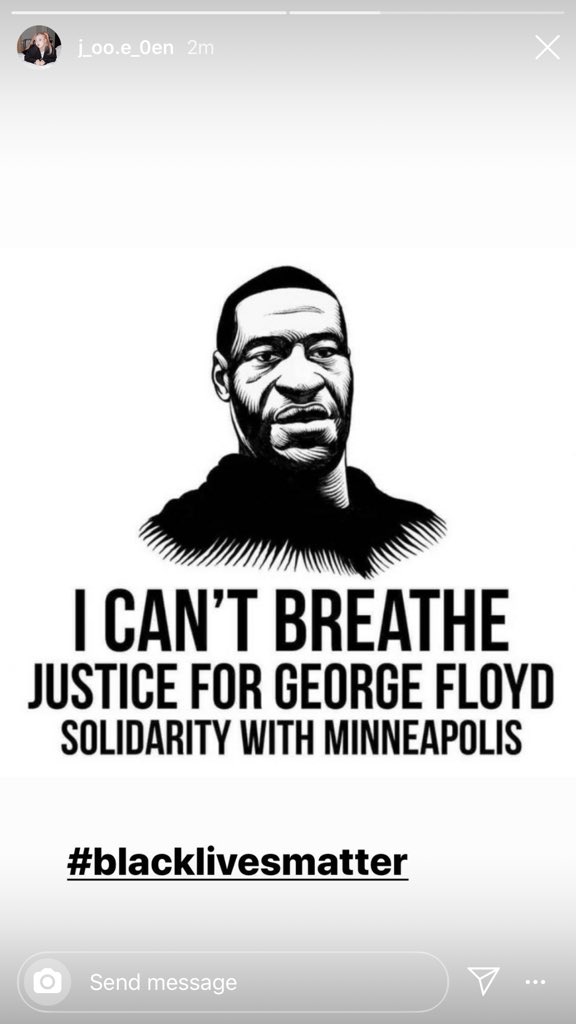 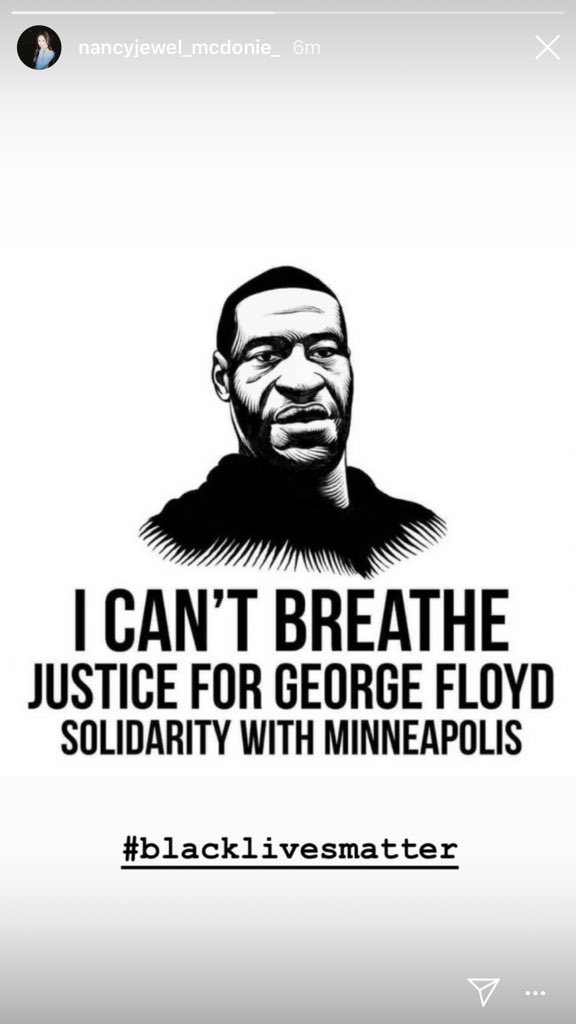 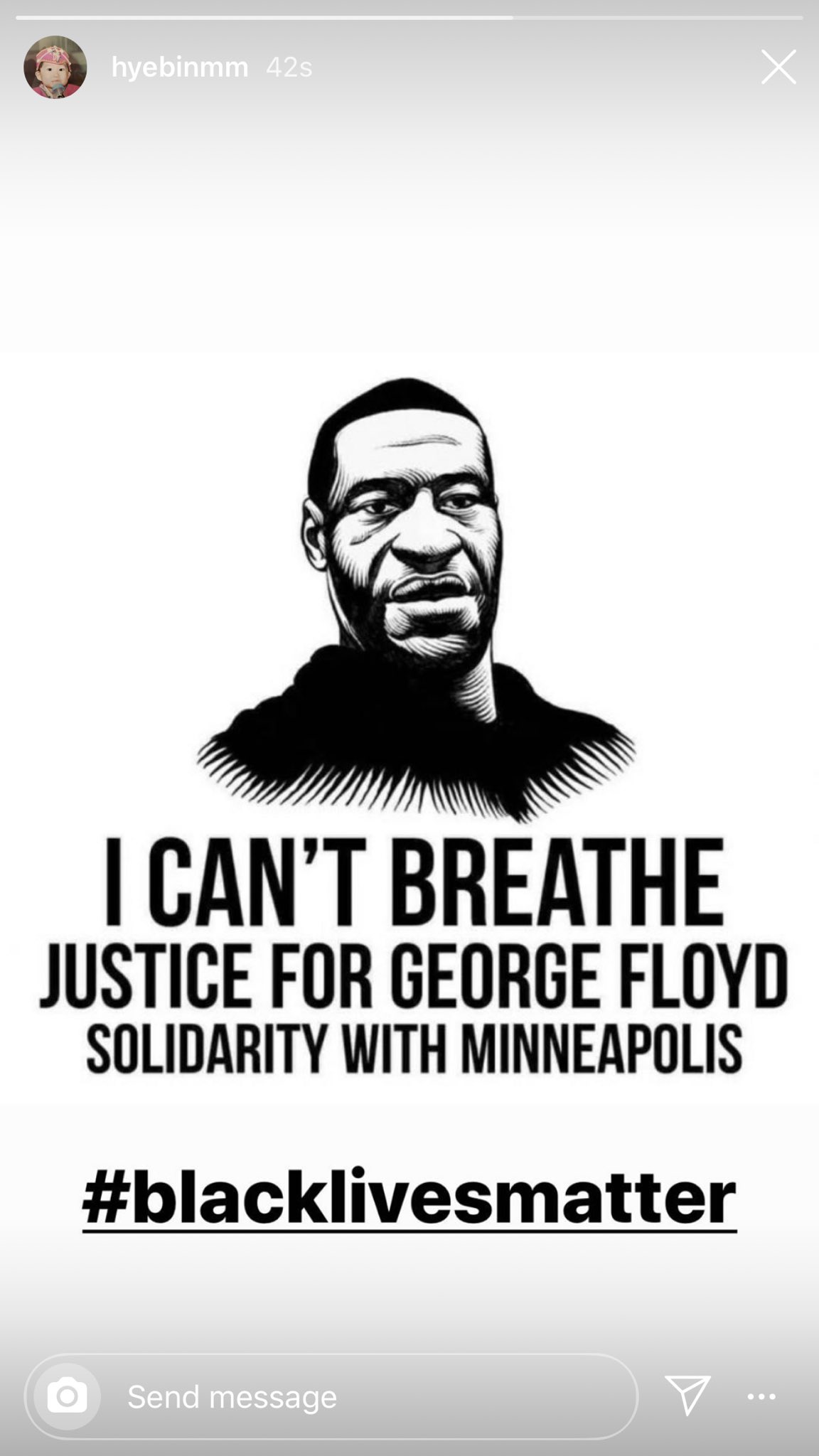 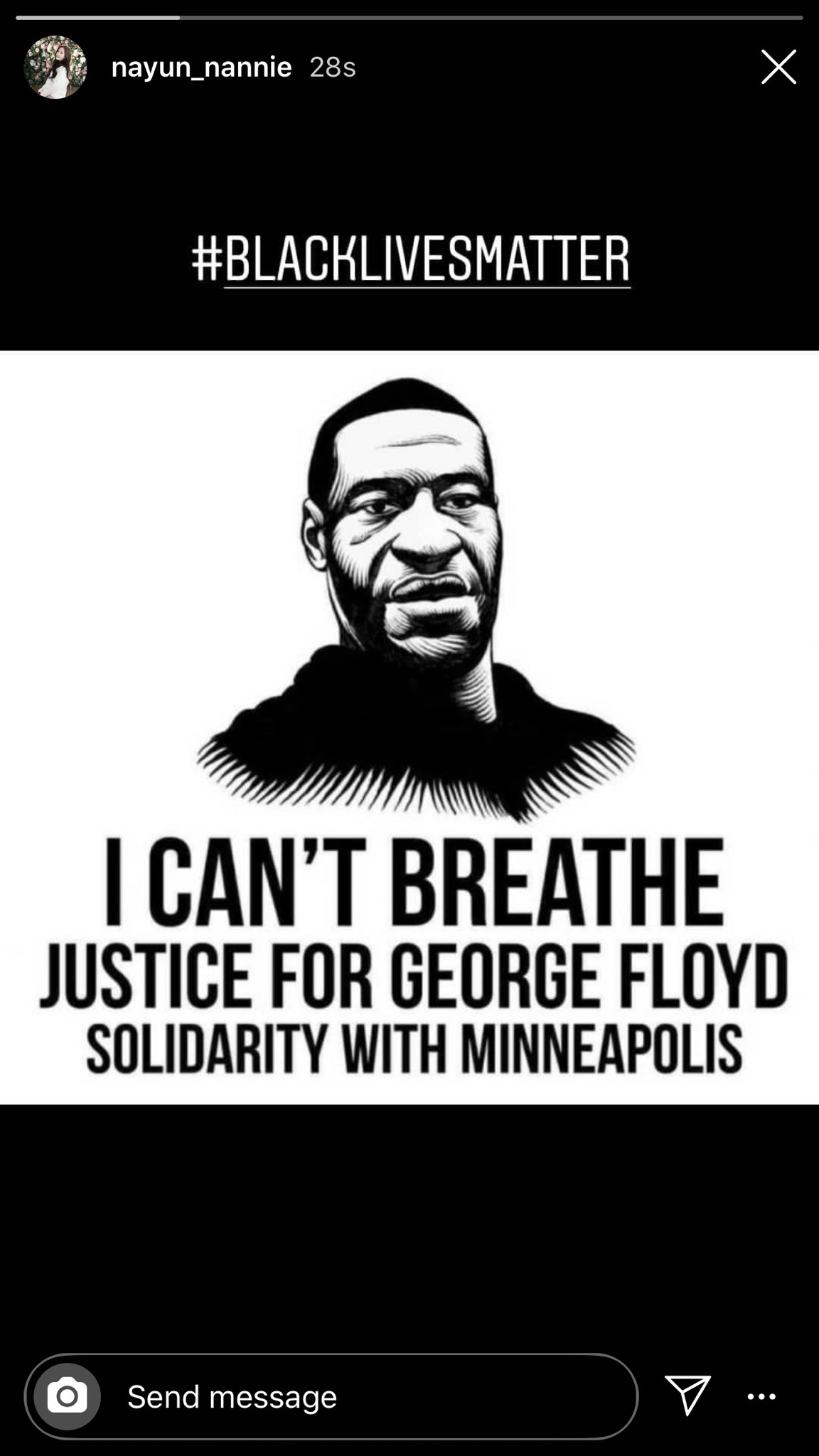 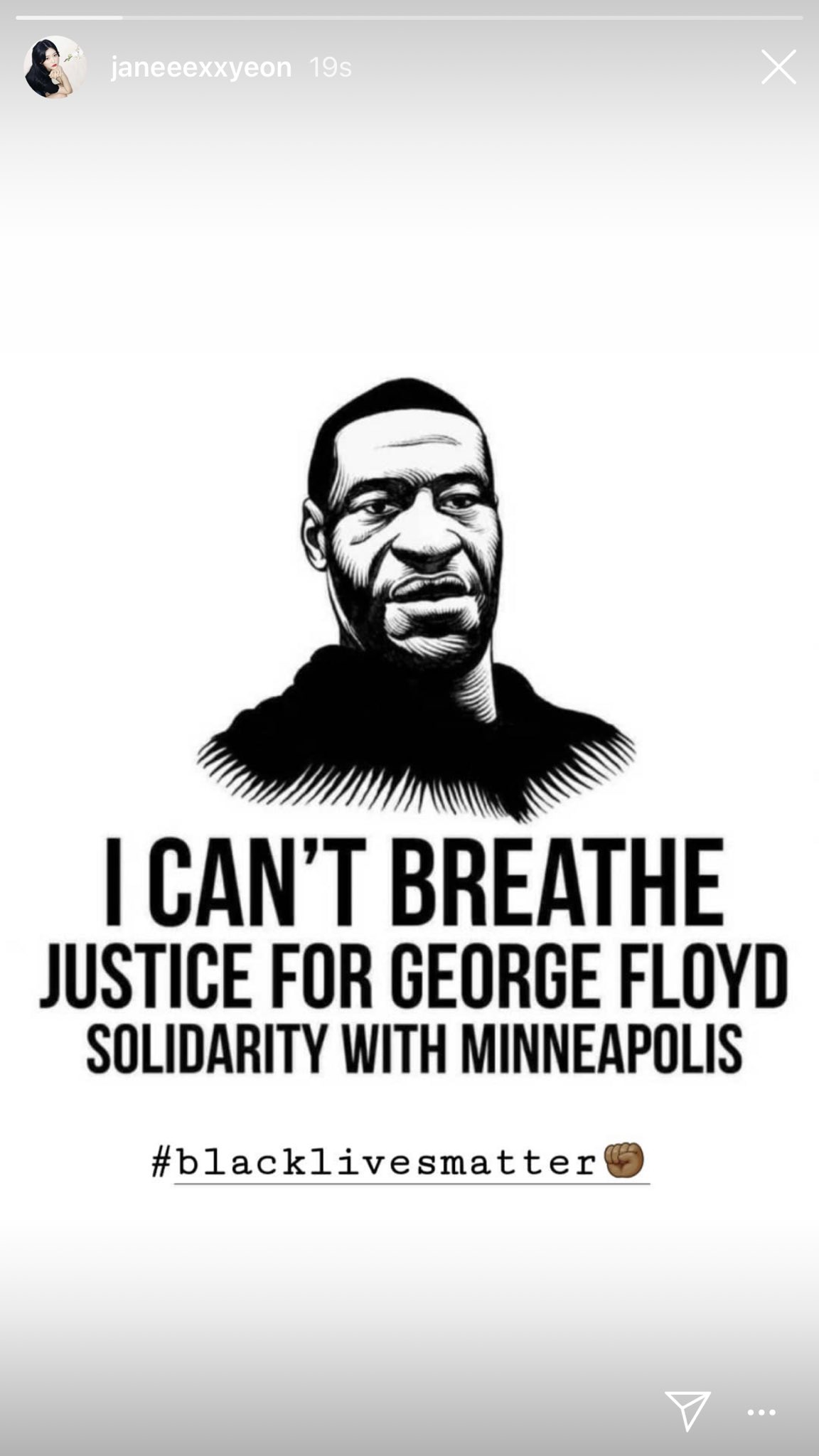 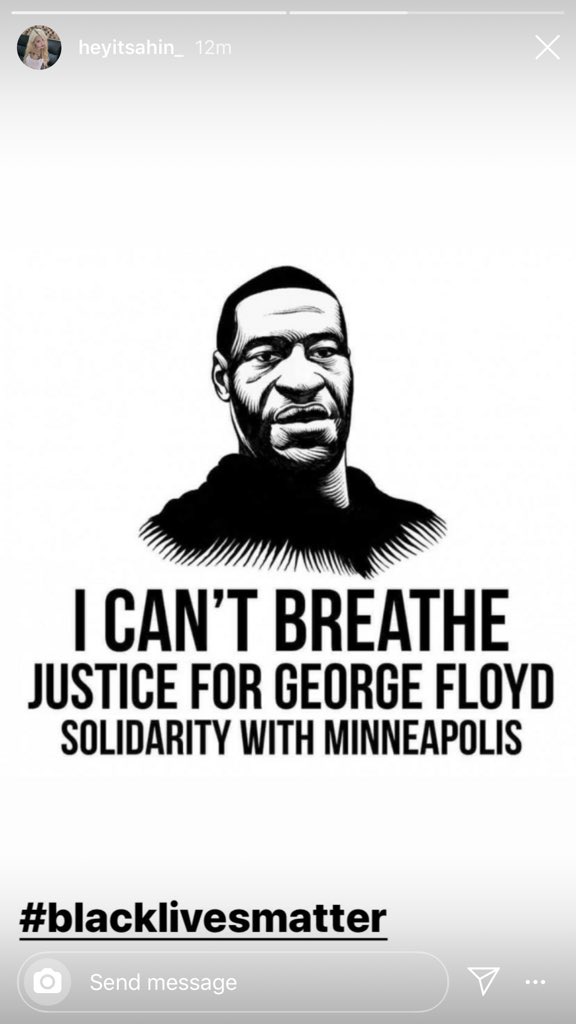 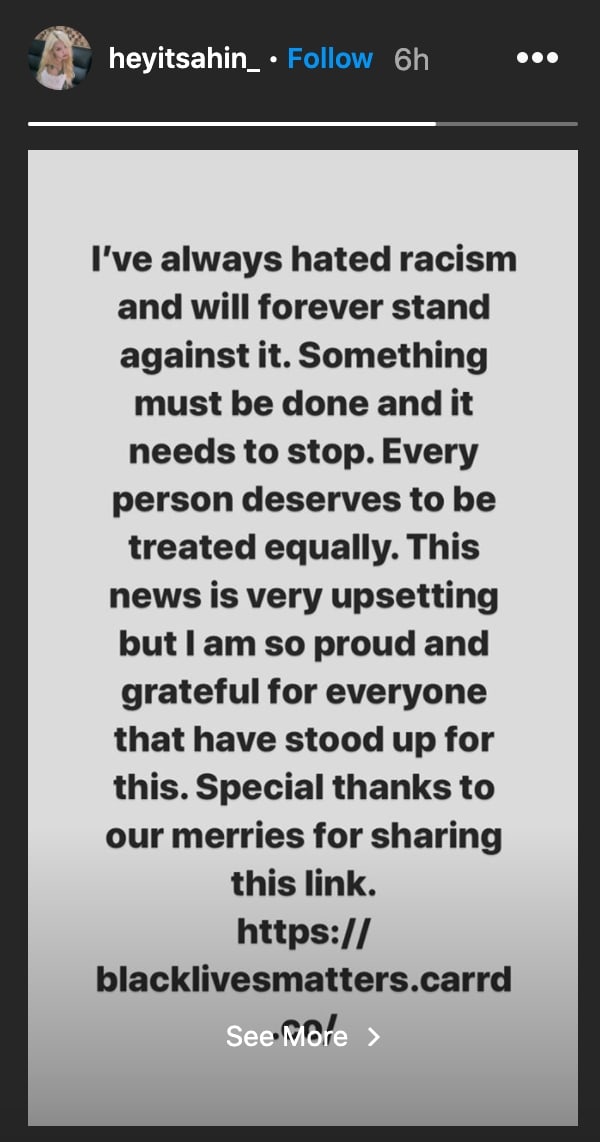 EXID’s LE uploaded a video to her Instagram story of a crowd raising their fists in solidarity at a protest. 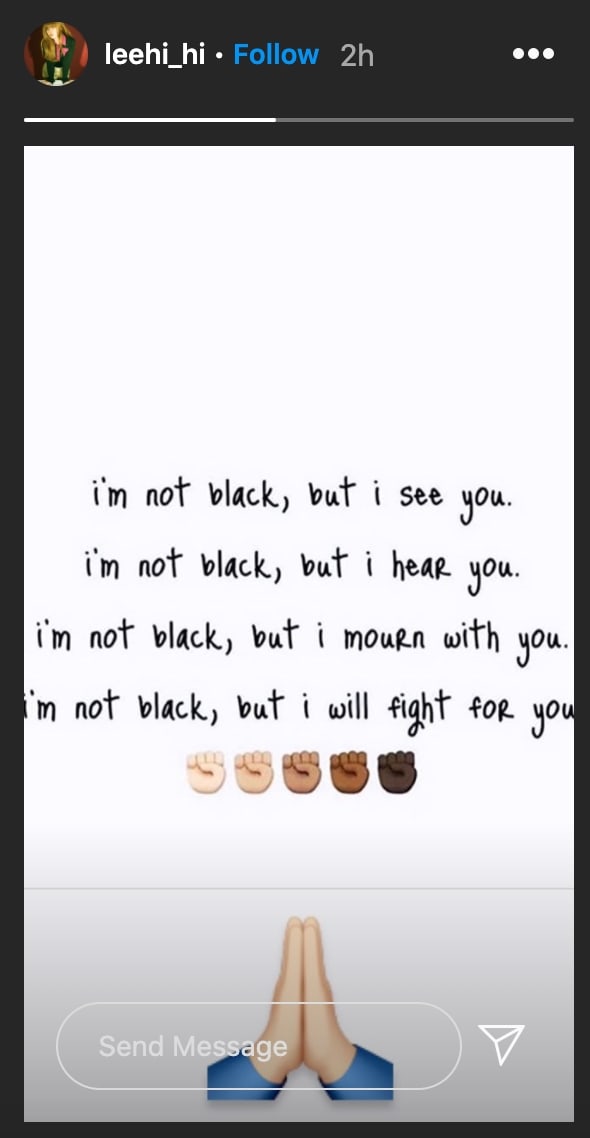 You can find ways to join and support the Black Lives Matter movement at https://blacklivesmatters.carrd.co