Kim Go Eun is loved by many not only for her incredibly amazing acting skills, but also for her goofy and adorable sense of humor. She’s got an infectious laugh and is so down to earth, which is probably why she’s got so many fans from all over the world. Kim Go Eun’s start in acting came with pure luck when she went to a random acting audition and got the part. Since then, she’s been on a hot streak of K-dramas and movies. Here’s a look at eight of her most memorable roles. 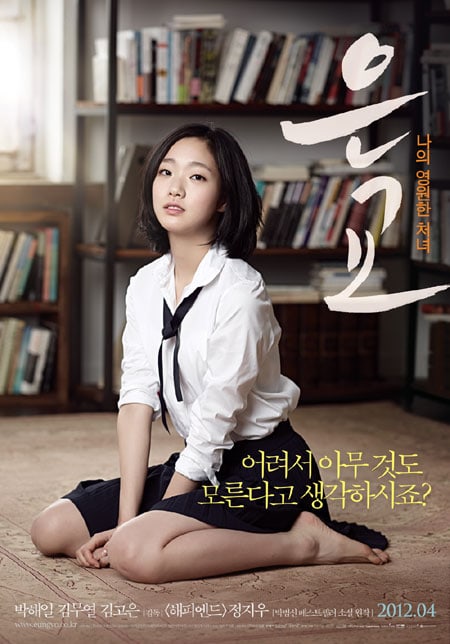 This was the movie that started it all. Kim Go Eun attended an audition by chance when she was visiting a friend who was working on the movie. She hadn’t shown any interest in acting before, but she was able to get the part after beating out 300 other hopefuls. She even declined the director’s offer at first, but was convinced after talking about it with her dad.

“Eungyo” is about a high school girl who ends up literally at the front door of a 70-year-old poet played by Park Hae Il. He becomes so infatuated with her that he decides to write a literary piece about her. He offers her a part-time job at his house and the two form a very complicated and artistic relationship. 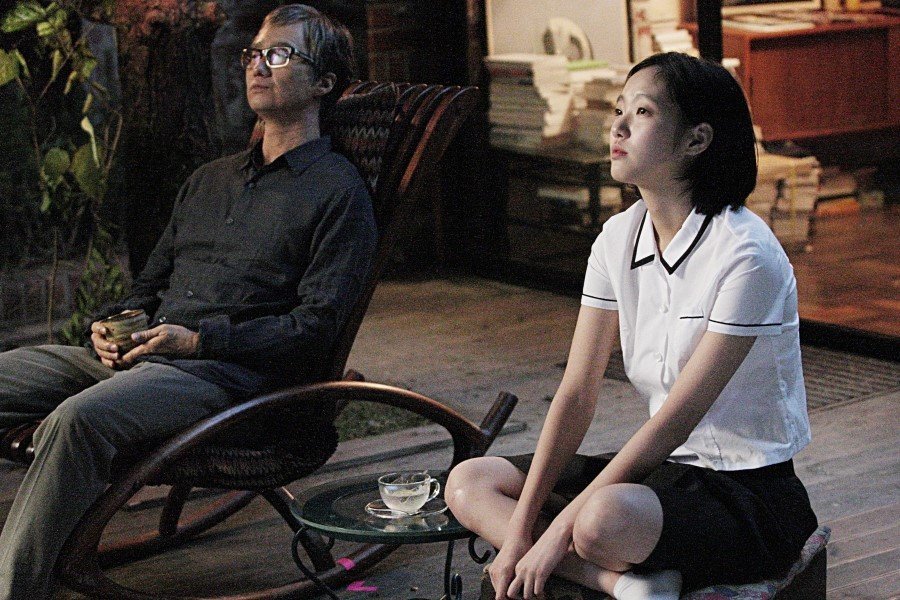 Kim Go Eun’s portrayal as the innocent but passionate student by the name of Eungyo is hard to forget. The very fact that it was Kim Go Eun’s debut role and first time acting is very impressive to say the least. She was able to so naturally play Eungyo that it hardly seemed like her first time acting. She was so impressionable that she swept several new actress awards including the Best New Actress Award at the Blue Dragon Film Awards. 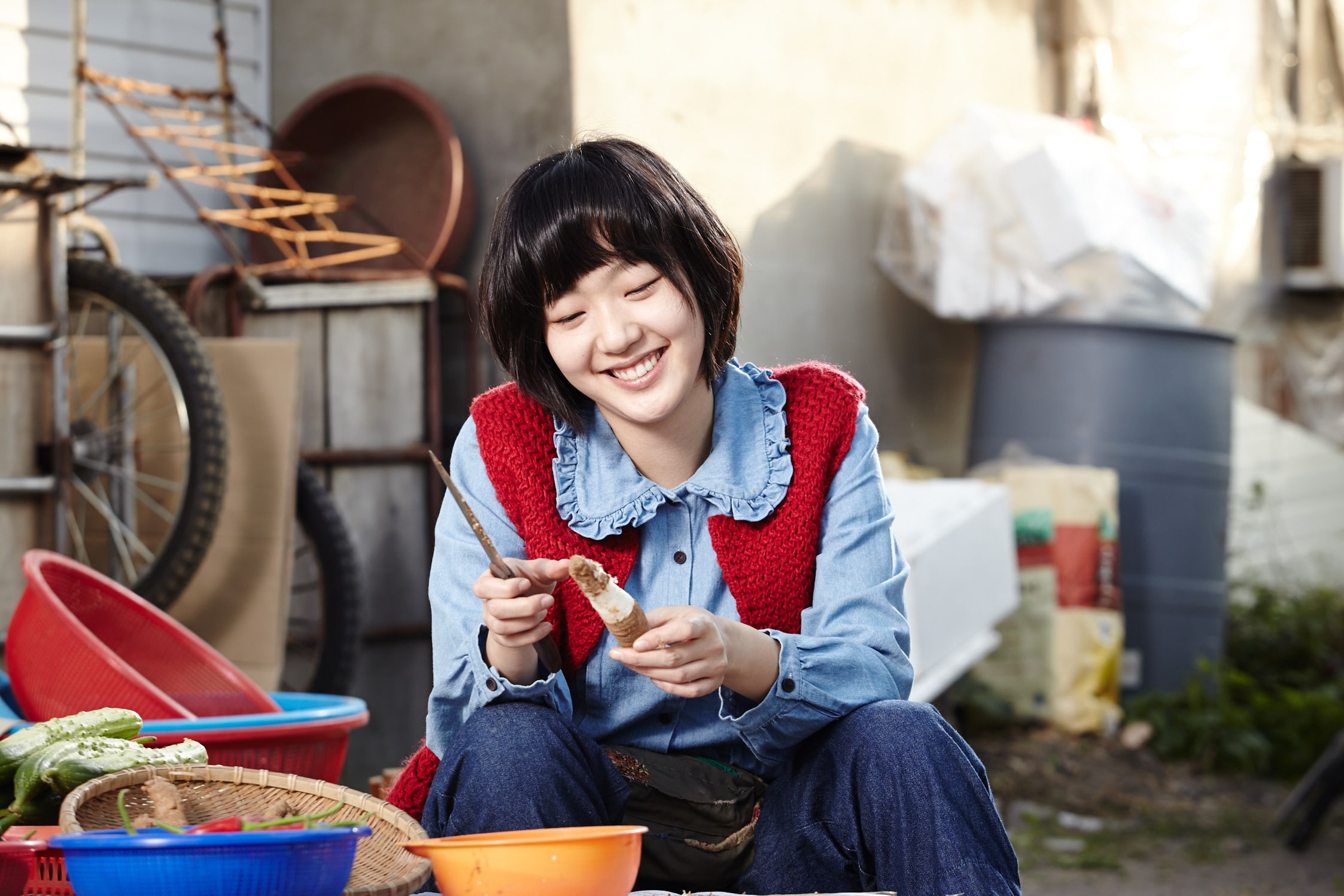 Kim Go Eun stars in “Monster” as the quick-tempered Bok Soon. She runs a street stand and is just trying to get by in order to provide for her and her little sister. Many people in the neighborhood stay away from her because of her craziness and ability to snap at people at any given moment. So when Tae Soo (Lee Min Ki) kills Bok Soon’s younger sister, Bok Soon decides to take matters into her own hands and tries to find Tae Soo to kill him. 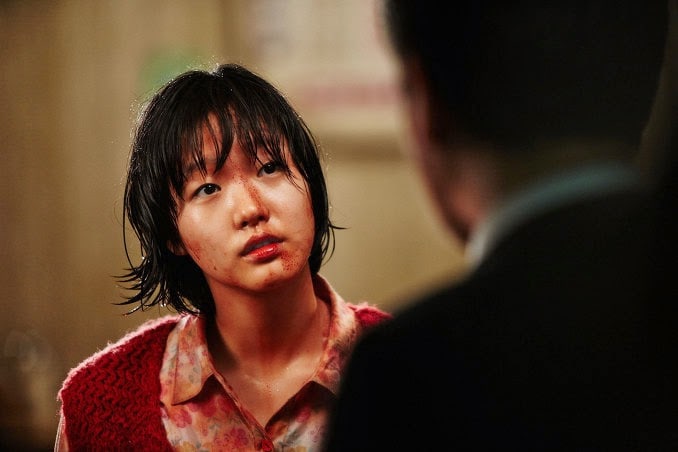 How could anyone forget Kim Go Eun as the monstrous and vicious Bok Soon in “Monster”? She is so bone-chillingly amazing in the movie that it’s almost hard to believe that Kim Go Eun was able to act this crazy for the role. It’s such a stark contrast to her previous role as Eungyo. It takes some serious acting skills to be able to pull it off, but Kim Go Eun was able to do it. This role really proved her versatility as an actress. 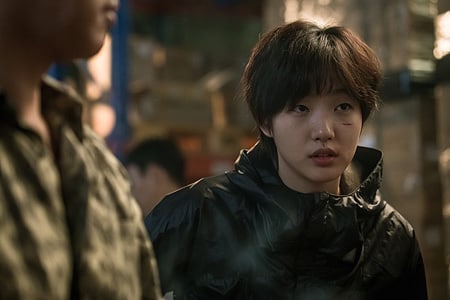 Kim Go Eun stars in “Coin Locker Girl” alongside some mega stars – Kim Hye Soo, Um Tae Goo, Park Bo Gum, and Go Kyung Pyo, just to name a few. She plays a poor girl named Il Young who runs dangerous and sometimes illegal errands for her mother, who she was sold to at 10 years old. One day, she’s forced to run an errand for her mother and meets Suk Hyun (Park Bo Gum). The two form a close friendship and Il Young starts to develop feelings for him. 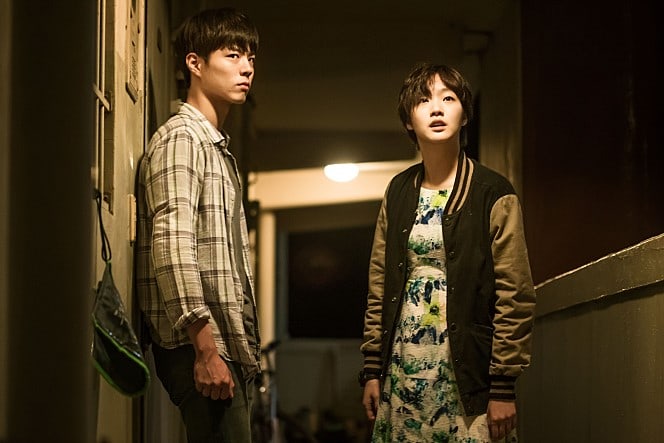 Seeing Kim Go Eun in a role like this, it just solidifies her position in the entertainment industry. Kim Go Eun’s ability to turn Il Young from a cold and dark girl, who could care less about anyone else’s life, to a warm-hearted young girl who just wants to be loved is a transformation you don’t want to miss. You really get to see a side of Kim Go Eun that’s very vulnerable and gritty at the same time, which is amazing to see in a rookie actress. 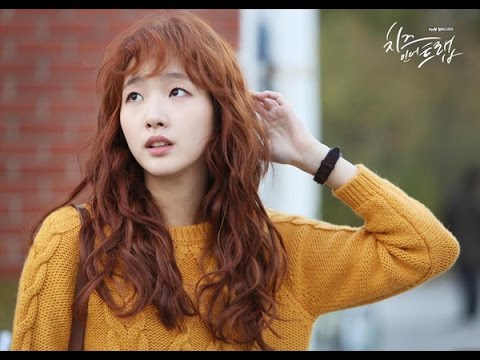 Kim Go Eun plays Hong Seol in the webtoon-based K-drama “Cheese in the Trap.” She’s a normal University student who is just trying to get by in life with various part-time jobs and being a good daughter and older sister. When she meets the oddball Yoo Jung (Park Hae Jin), she’s convinced he hates her, but then he suddenly asks her out. 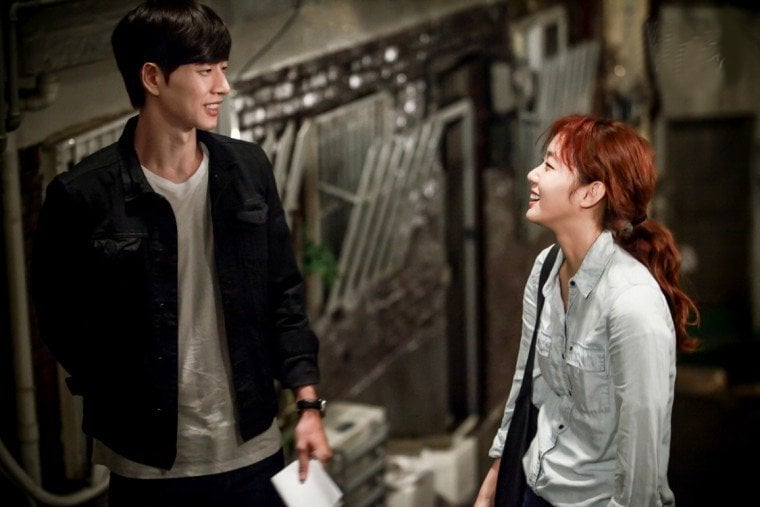 “Cheese in the Trap” is Kim Go Eun’s first K-drama role. She had already starred in several movies that were festival hits and her fans were so excited to see her on the small screen. Kim Go Eun as Hong Seol is so relatable to many and the University life that she portrayed in the drama is realistic to students in Korea. 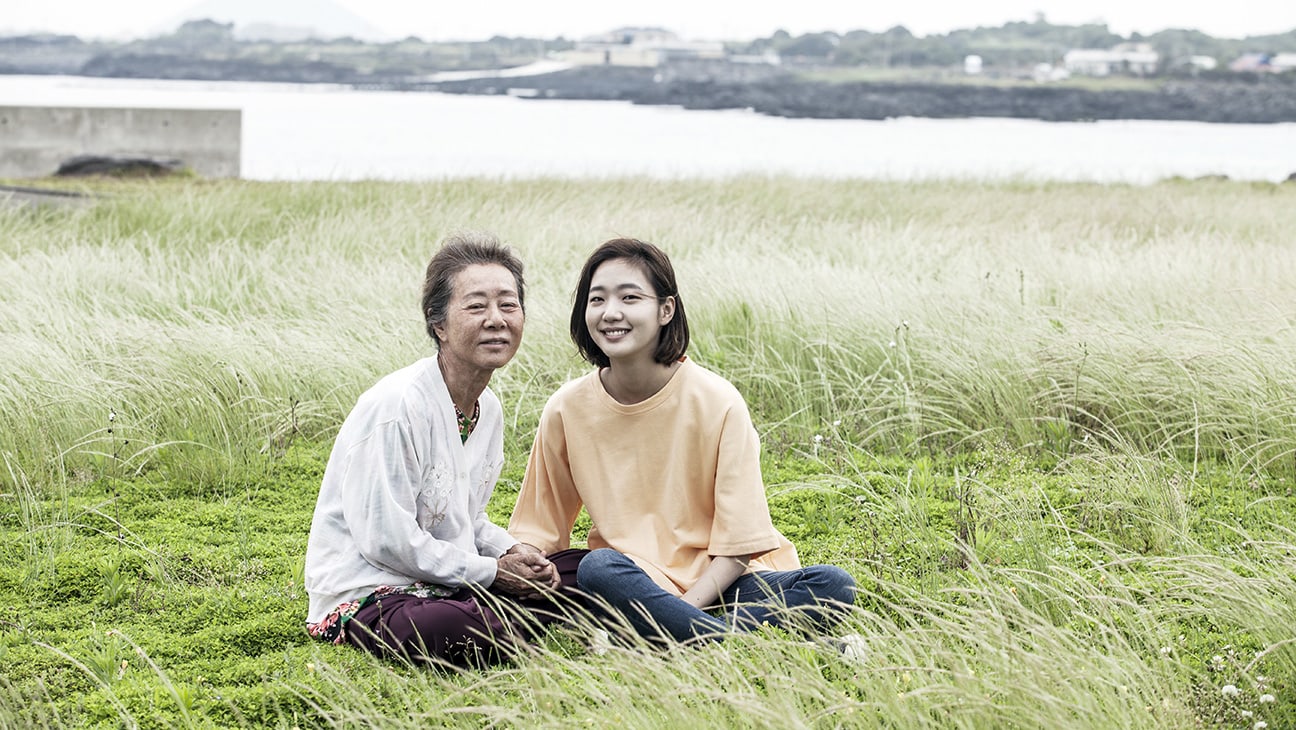 “Canola” tells the story of a girl named Hye Ji (Kim Go Eun) who goes missing as a little girl. After 12 years, she’s found and reunited with her grandmother who lives on Jeju Island. The grandma is thrilled to have her granddaughter back in her life and quickly gets acquainted with her, but Hye Ji finds it a bit more difficult to adjust to her new life. 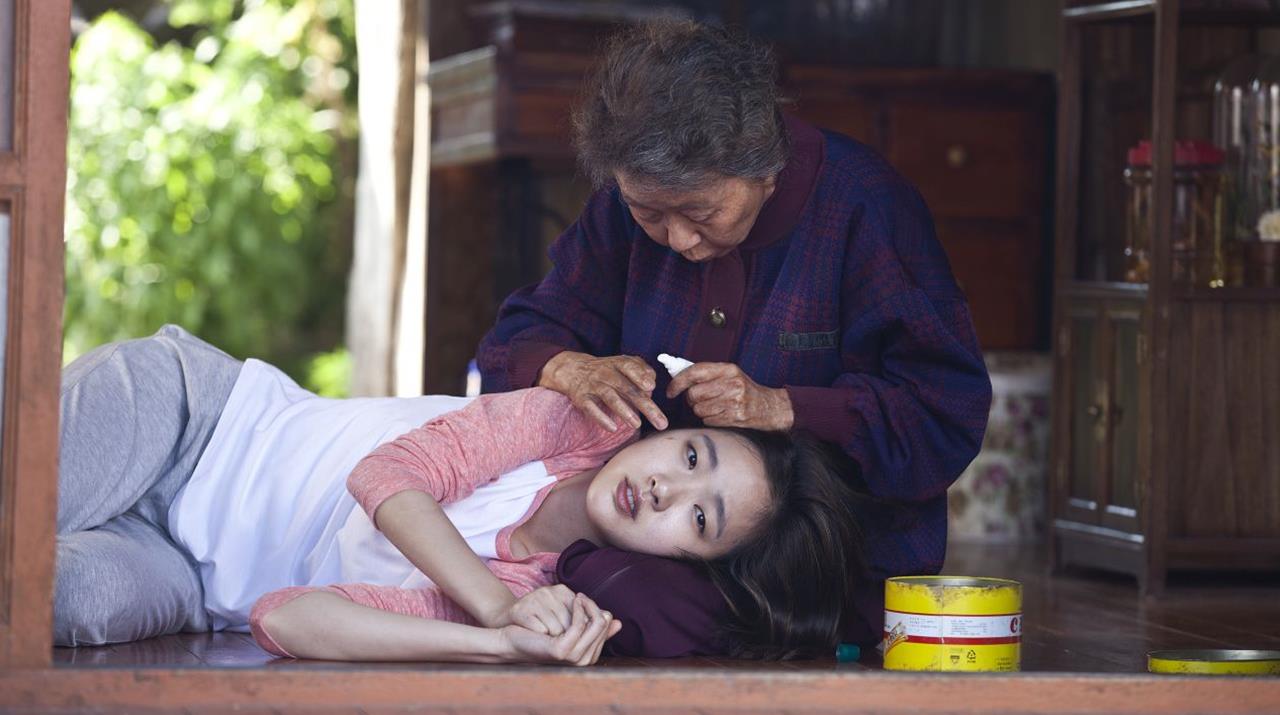 If you’re looking for a family flick that will have you bawling your eyes out, then this film is a great one to watch. Kim Go Eun was requested to be in the film as a result of Yoon Yuh Jung, a veteran actress, vouching for her. She had seen Kim Go Eun in previous works and was thoroughly impressed by her abilities and she really wanted her in the movie. This movie tugs at your heart strings and everything about it is so sweet. The chemistry between Kim Go Eun and Yoon Yuh Jung is so visibly there and it’s definitely the result of the two having such vast acting experiences! 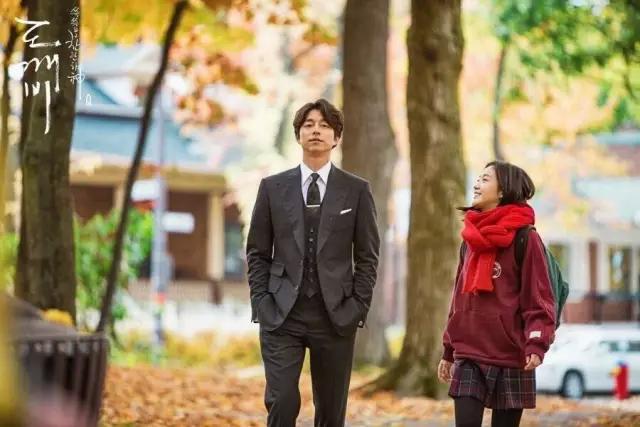 Ji Eun Tak (Kim Go Eun) is a high school student who can see dead people. She meets Kim Shin (Gong Yoo), who is a goblin, and the two find out that they are destined for each other. The only downfall is that when the goblin finds his bride, his immortal life on earth will end. After the two actually fall in love, this becomes a reality that is hard to accept. 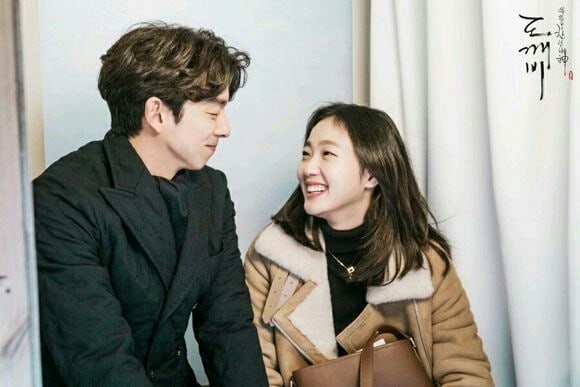 This was a big step for Kim Go Eun in terms of her acting career on the small screen. “Goblin” was written by Kim Eun Sook, who is a reputable writer in the drama industry, which is why Kim Go Eun starring in one of her K-dramas was a big deal. It pretty much guaranteed her success. The love story between the goblin and his bride is so touching on so many levels and it only continued Kim Go Eun’s streak of acting in amazing films and dramas. 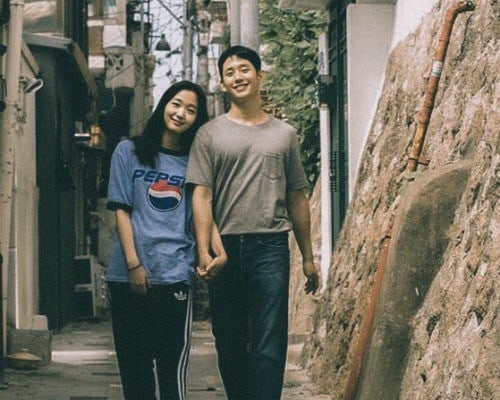 Kim Go Eun stars in this film as Mi Soo, a girl who helps run her parents’ bakery. When Hyun Woo (Jung Hae In) stumbles into their bakery and asks for a part-time job, the two soon fall in love only to separated several times as they achieve their dreams. Mi Soo and Hyun Woo finally find the perfect time to be with each other, but are torn when Hyun Woo’s past catches up with him. 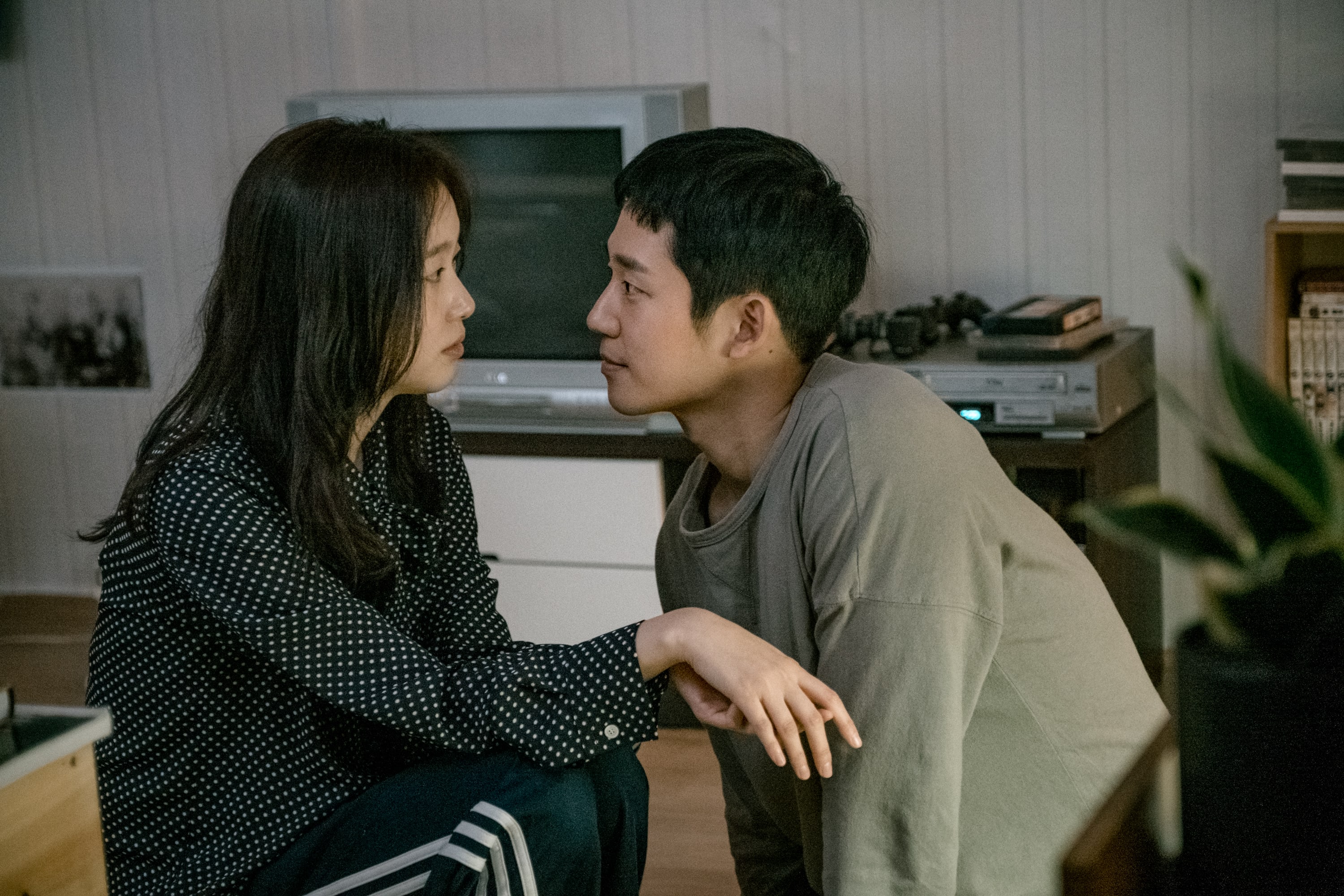 We definitely get to see a softer side of Kim Go Eun in this movie. You can really see the love and devotion that Mi Soo has for Hyun Woo. The two were able to wear their hearts on their sleeves, which made the love they portrayed for each other on screen so believable. It’s a love story that is so heartbreakingly sweet and they have such amazing chemistry! 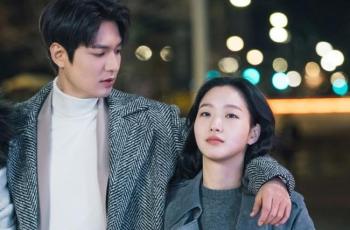 Kim Go Eun stars as Jung Tae Eul, a strong-headed and fierce cop who isn’t afraid of much in life. That is, until Lee Gon (Lee Min Ho) enters into her life from a parallel world. He proclaims to her that they are meant to be and that he is in love with her, but she can’t seem to wrap her head around it. After some time, she finds herself developing strong feelings for him, but their relationship is constantly put on pause as they live in separate worlds and times. 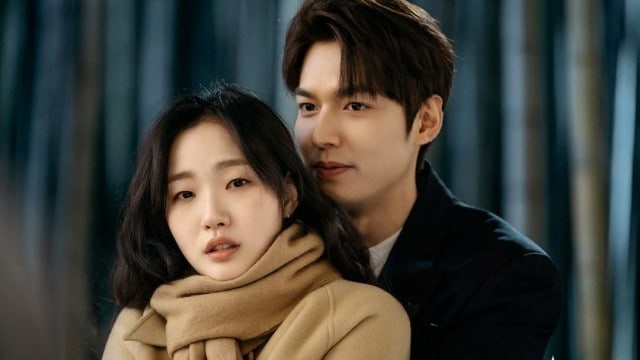 This is Kim Go Eun’s second time starring in a K-drama written by Kim Eun Sook. This series was highly anticipated for various reasons: one being that it marked Lee Min Ho’s return to the small screen after serving in the military and the second being that this is Kim Go Eun’s second time reuniting with writer Kim Eun Sook. Kim Go Eun playing the tough but lovestruck cop really showed how mature she’s become as an actress and her ability to take on more sophisticated roles.

Hey Soompiers, which Kim Go Eun role is your favorite? Let me know in the comments below!

Currently watching: “My Unfamiliar Family” and “Heart Signal 3”
All-time favorite dramas: “Secret Garden,” “Goblin,” “Because This Is My First Life,” “Star In My Heart”
Looking forward to: Won Bin’s return to the small screen