As Jang Ha Ri searches for the perfect sperm donor in “Oh My Baby,” she is also drawing closer to love!

The tvN drama stars Jang Nara as Jang Ha Ri, a workaholic career woman who wants to have a baby before it’s too late and decides to skip over marriage in order to make her dream of becoming a mother come true. Just as she makes this decision, however, three men come unexpectedly into her life.

Go Joon plays Han Yi Sang, a freelance photographer who got off on the wrong foot with Jang Ha Ri years ago. Because of his own troubles with love, he is a strong advocate for the bachelor lifestyle and does not want to get married or have children.

However, Han Yi Sang and Jang Ha Ri are slowly building up a unique kind of chemistry through their unexpected interactions. Jang Ha Ri, who previously dismissed Han Yi Sang as being cold and unfeeling, reevaluates his worth as he reveals himself to be surprisingly clumsy and warmhearted.

Here are five lines that Jang Ha Ri and Han Yi Sang have spoken to or about each other that made viewers’ hearts flutter in anticipation of a budding romance:

“Adults need compliments too. You did well.” (Episode 4) 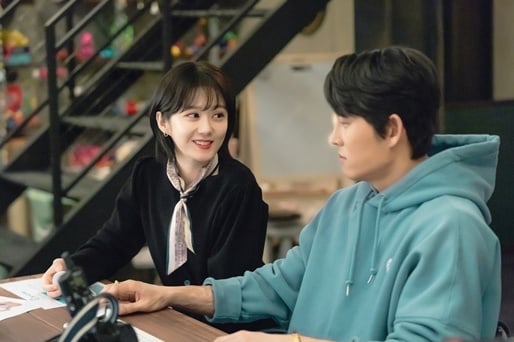 Jang Ha Ri is known for her knack in dealing with children, a trait that serves her well as the editor of “The Baby,” a parenting and childcare magazine. In Episode 4, after Han Yi Sang helped her with a photo shoot, she stamped his hand with a “You Did Well” stamp and said lightly, “Adults need compliments too. You did well.”

This is the line that makes Han Yi Sang, who had resisted attempts to set him up with Jang Ha Ri before, fall head-over-heels for her at last. As she walked away, he looked down at the stamp and said, “It’s happened.” Previously, he had told her, “I don’t want to feel my heart beat faster again. Getting your hopes up, getting disappointed, being resentful, falling in love. I can’t control my mind the way I want, so I can’t handle up-and-down emotions anymore.”

As their work relationship deepens, Jang Ha Ri and Han Yi Sang are learning to recognize each other’s dedication to their craft. In Episode 5, Jang Ha Ri was impressed by Han Yi Sang’s professionalism and warm sincerity and spoke this line to him without meaning to say it aloud. Both attempted to hide their true feelings as they shared a warm moment by the fire at their hostel house.

“I’m curious about this night. About how we’ll spend it together.” (Episode 5) 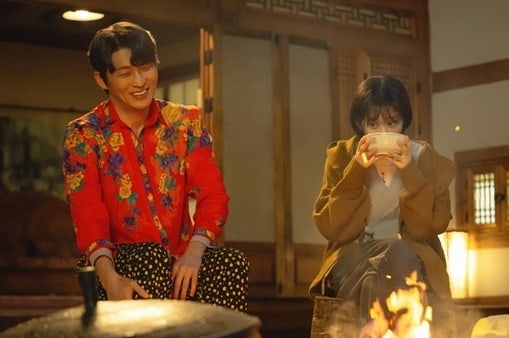 Spoken by Han Yi Sang just after their fireside moment, this line kept Jang Ha Ri up all night. In Episode 5, Han Yi Sang and Jang Ha Ri were forced to spend a night together at a hostel when their photo shoot when overtime. After Han Yi Sang threw this line out, Jang Ha Ri looked away and silently sipped her coffee, the atmosphere between them turning ambiguous.

“Before, you were just a woman passing by. Now, you’re someone I can’t be careless with. If our lips touch, I won’t let you go.” (Episode 6)

Although this was a line spoken in imagination, it revealed the change in Han Yi Sang’s feelings toward Jang Ha Ri. After their potential first kiss was disrupted by a natural disaster, Han Yi Sang couldn’t stop thinking about Jang Ha Ri in that moment. In his imagination, this was his response to her saying, “Why hold back? I’m 39, not 19. Don’t coddle me.”

“I haven’t been able to find love in over ten years, so I think that love is like a miracle. To meet this person or not, this is a miracle that only comes once in a lifetime. Why would you let that go?” (Episode 6) 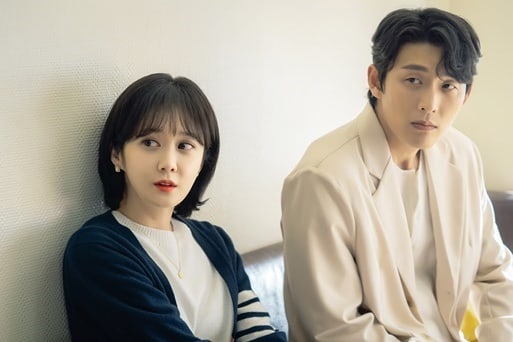 In a single instant, Jang Ha Ri lifted the iron wall that Han Yi Sang had built around his heart. In Episode 6, the two were sent to cover the story of an infertile couple for the magazine. Asked which was more important, the person you love or the possibility of having a child, Jang Ha Ri moved Han Yi Sang with her sincere response. It was revealed that Han Yi Sang and his former partner had broken up due to infertility issues, meaning that he gained particular comfort from Jang Ha Ri’s belief in unconditional love. At the end of the episode, he asked, “Do you think there’s a way for me to have children?”

Jang Nara
Go Joon
Oh My Baby
How does this article make you feel?