“Flower of Evil” surrounds the shocking question, “What if your husband, someone you’ve loved for 14 years, is suspected of being a serial killer?” The drama will tell the story of Baek Hee Sung (Lee Joon Gi), a man who hides his past and pretends to love his wife Cha Ji Won (Moon Chae Won). Cha Ji Won is a detective who begins to grow suspicious of him, and they find themselves standing in front of a truth they don’t wish to face.

The two posters are similar yet strikingly different. The romantic version shows the silhouettes of the Baek Hee Sung and Cha Ji Won as they look into each other’s eyes, their expressions hidden by the sunlight that pours in through the window. Their hands naturally caress each other, as expected by a couple that has been married for 14 years. 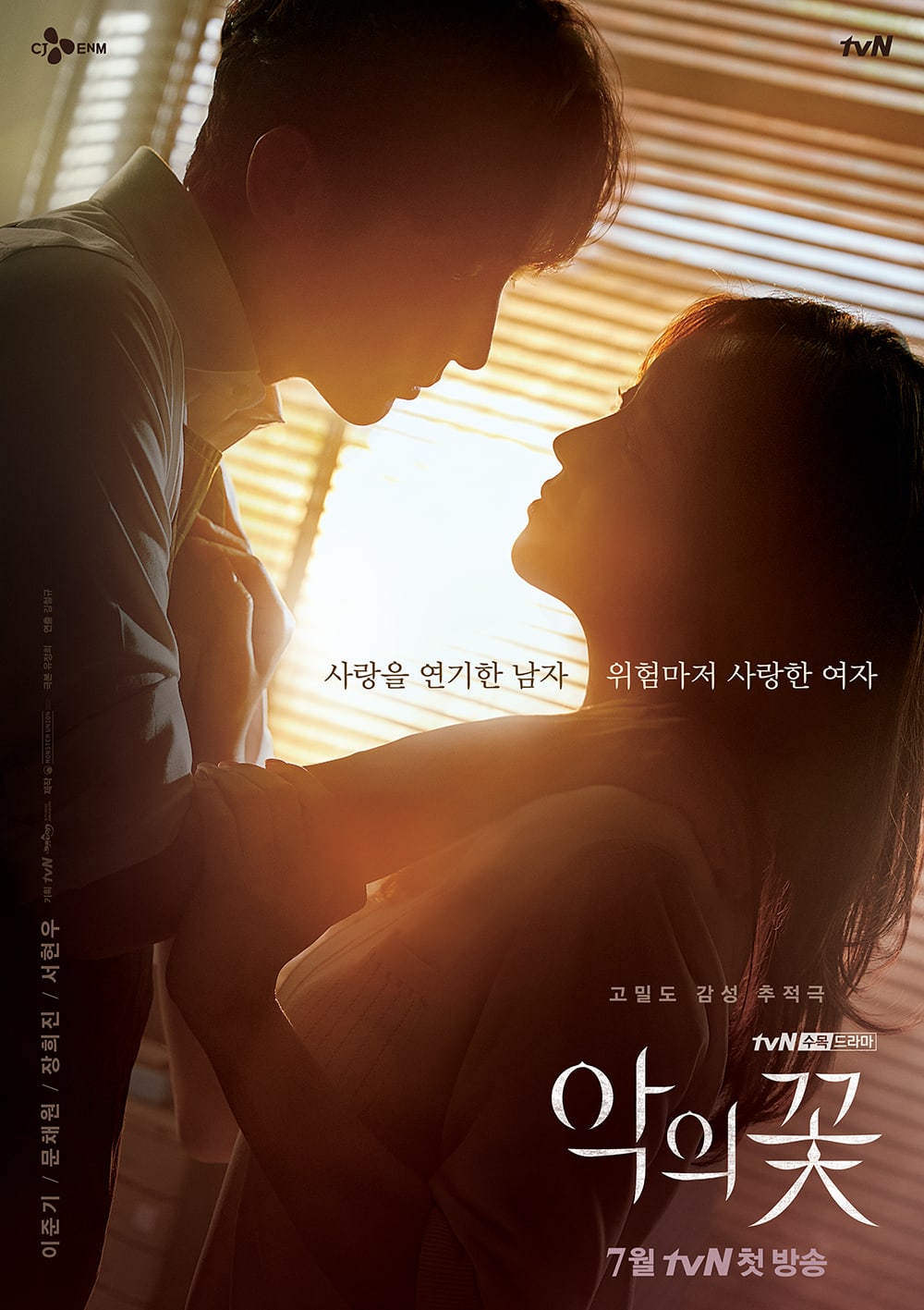 However, all is not what it appears to be. In the suspense version of the poster, their faces can be clearly seen, and their expressions are not that of love, but of betrayal. Baek Hee Sung’s glare gives the impression that something he’s been hiding was exposed, and Cha Ji Won looks back at him with uncertain, frightened eyes. Baek Hee Sung’s clothes and arms are splattered with blood marks, while the red light that engulfs them is reminiscent of red police lights, adding to the dangerous atmosphere. The text on the posters read, “The man who pretended to love, the woman who even loved the danger.” 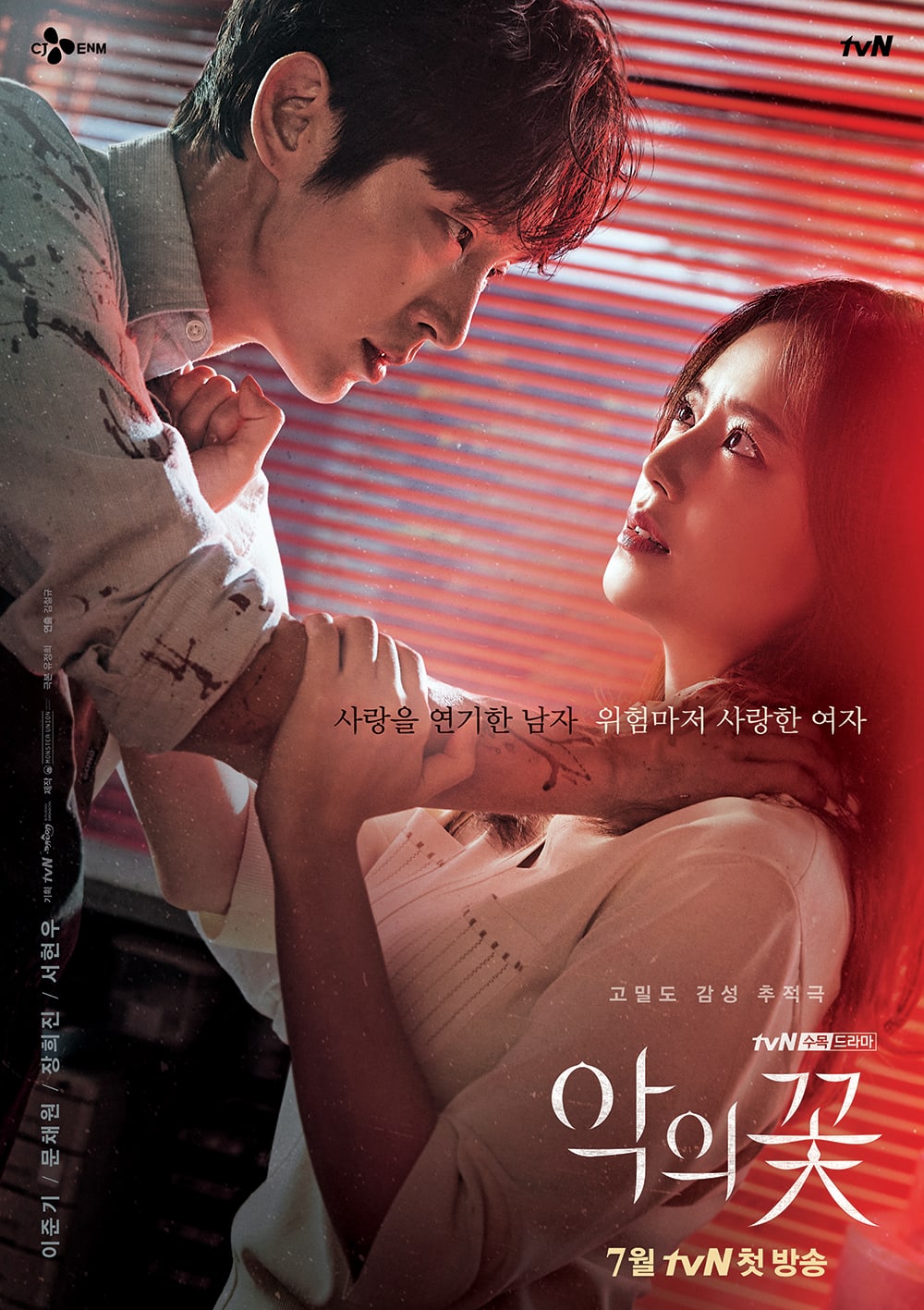 The drama stars Lee Joon Gi, Moon Chae Won, Jang Hee Jin, and Seo Hyun Woo and will be directed by Kim Chul Gyu, whose works include “Confession,” “Mother,” and “On the Way to the Airport.”

The drama premieres this July and will be available on Viki.