Heize is making a comeback!

On June 3, it was reported that the singer is planning a June comeback. A source from her agency Studio Blue confirmed the news and said, “Heize is currently working on her new album with the goal of releasing it on June 10.”

Following the confirmation, Heize dropped a teaser poster for the upcoming comeback, revealing that she will be releasing her sixth mini album “Lyricist” at 6 p.m. KST on June 10. 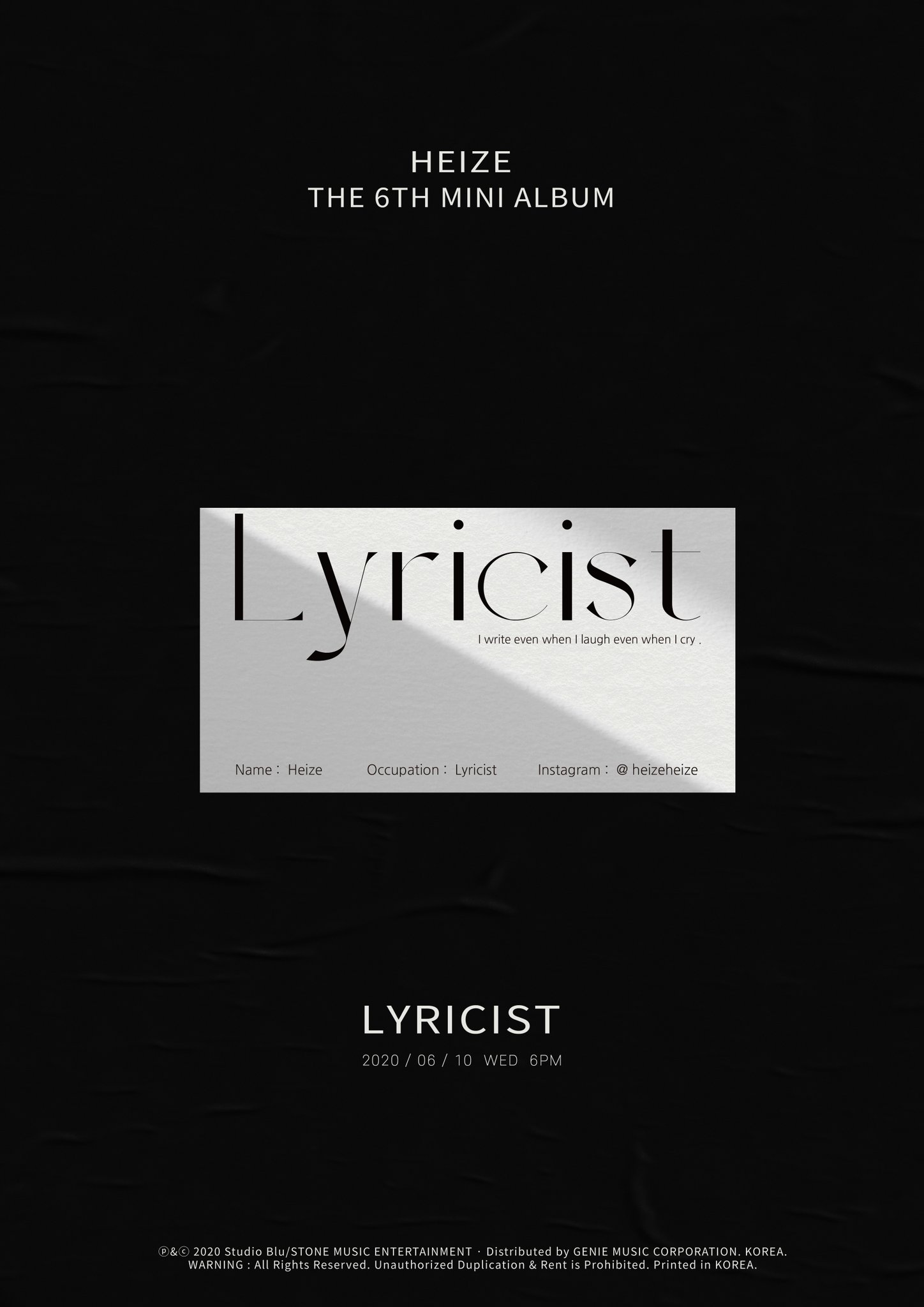 This will be Heize’s first comeback in approximately eight months since the release of her fifth mini album “Late Autumn” in October 2019.

Are you excited for Heize’s comeback?