JYP Entertainment has released an official statement addressing the claim made by an artist that one of his installations was replicated and used in the music video for TWICE’s “MORE & MORE” without his consent.

On June 3, JYP Entertainment released the statement, “This morning, we became aware that one of the set pieces in the ‘MORE & MORE’ music video shows resemblance to an existing piece of artwork. We have contacted the music video production company and requested that they speak with the creator of the original artwork to resolve this situation.”

They continued to add, “As the agency responsible for releasing the works of our artists, we vow to strengthen our verification process so that this does not happen again.”

Recently, Davis McCarty took to his Facebook account to share a photo of an art installation shaped like an archway that he had set up in 2018, and drew comparisons with a set piece seen in the “MORE & MORE” music video that was released on June 1, calling it an act of copyright infringement. He has since deleted his post.

For reference, below is the set piece in question from TWICE’s “MORE & MORE,” followed by the “Pulse Portal” art installation by Davis McCarty. 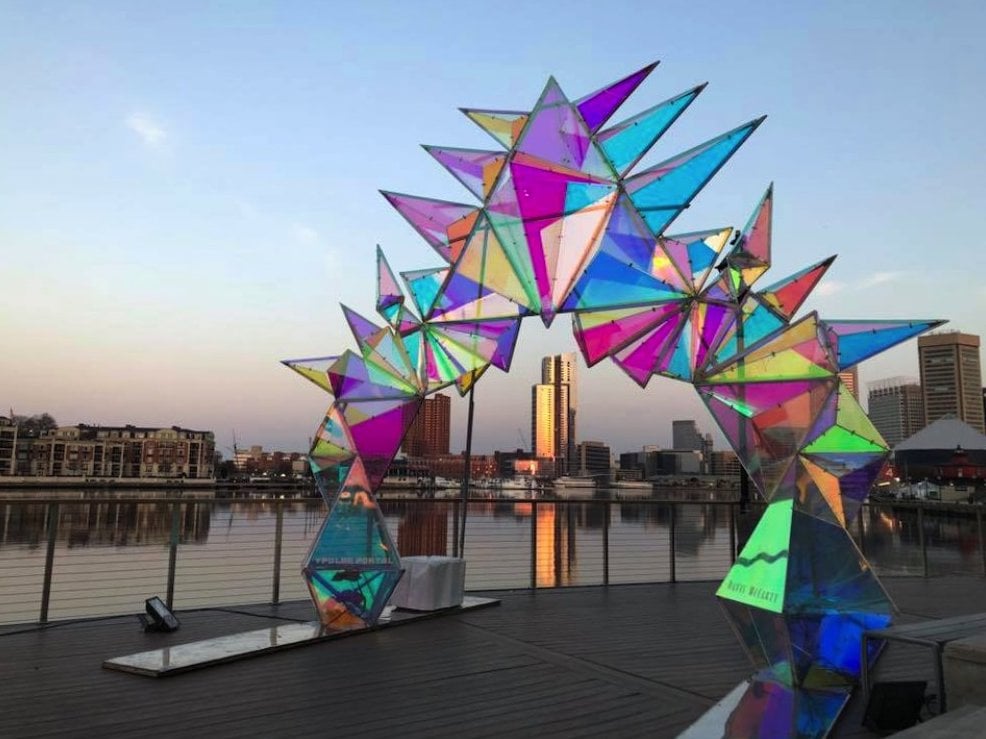