Park Seo Joon now has another amazing achievement under his belt!

On June 1, Park Seo Joon held a livestream on his YouTube channel “Record PARK’s” to celebrate surpassing one million subscribers. He did a special unboxing of his Gold Play Button, which YouTube sends to creators who reach the milestone.

During the broadcast, Park Seo Joon expressed gratitude to his staff as he said, “The staff who work with me work day and night to edit my videos,” and “I really don’t do much, and I think I was able to get this thanks to all the people who have shown an interest in what I do in my daily life.” 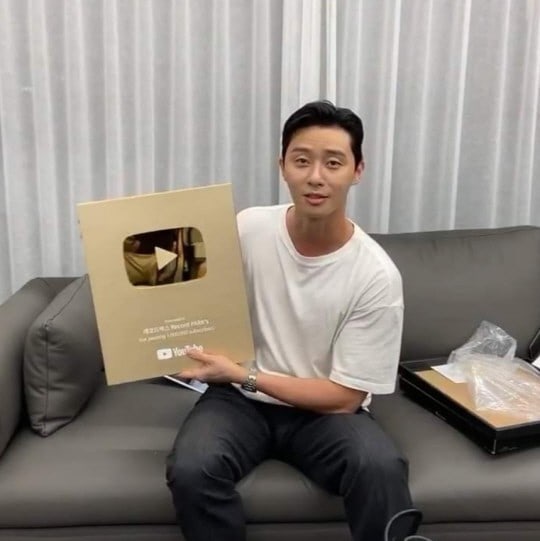 Park Seo Joon first opened his YouTube channel last July, meaning that he has reached the impressive milestone in under a year. He is also said to be the first Korean actor to receive the Gold Play Button.