Nana has made a major transformation for KBS’s upcoming drama “The Ballot” (literal translation)!

“The Ballot” is an office rom-com about a woman named Goo Se Ra (Nana) who gets involved in people’s problems, files complaints, comes up with solutions, and finds love at her local district office.

On June 2, KBS released a teaser where Goo Se Ra experiences the turmoils of life as she is rejected by job after job. Fed up with it all, she throws her phone with a string of curse words. She faces a row of posters with the words “why not” and starts to laugh like a maniac. Instead of getting a job, she appears to be running for office!

In the photos, Goo Se Ra is eagerly shouting something into a microphone. Her flashy headband reads “Mawon District’s King of Civil Complaints.” She has one hand stretched towards the sky, and her eyes are filled with determination and passion. In one photo, a couple of high school girls request for a picture, and she doesn’t hesitate to pose with them. 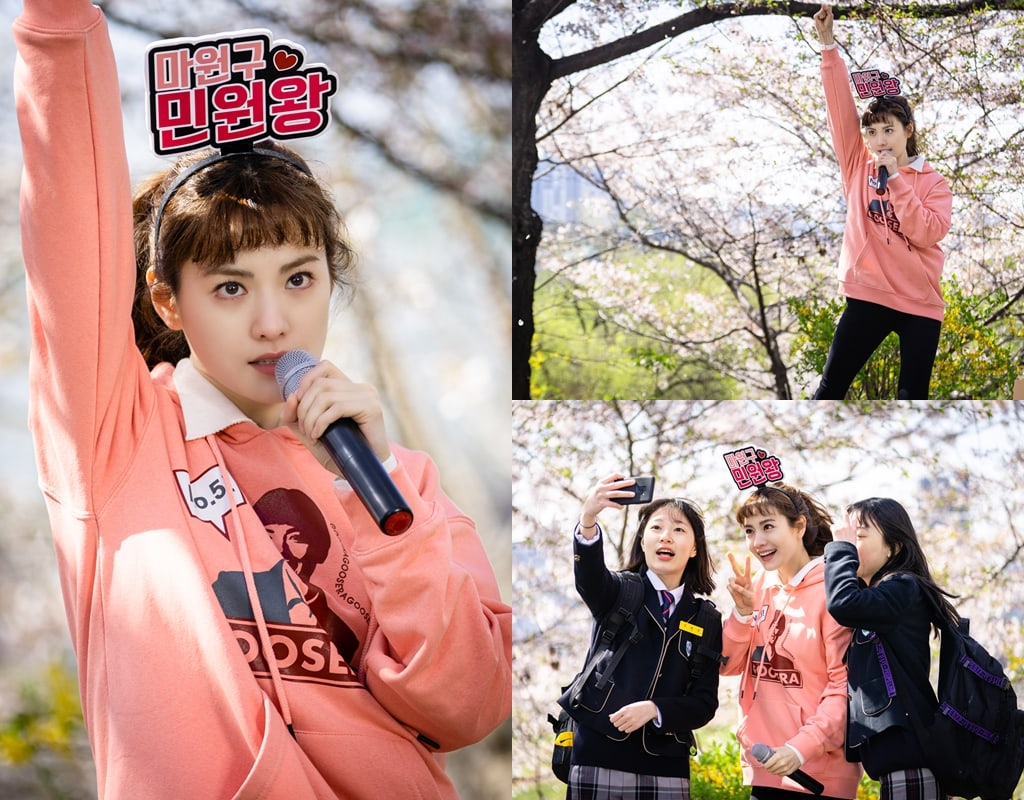 The production team shared, “Nana is the centerpiece of ‘The Ballot.’ She has to lead the drama by crossing between cheerfulness, seriousness, comedy, and loveliness. From the first shoot, Nana has strongly portrayed Goo Se Ra in every possible way including her speech and expression. With Nana’s bright energy, the atmosphere on set is also pleasant. Please look forward to Nana’s new character and the drama ‘The Ballot’ that will make viewers laugh.”

“The Ballot” will premiere on July 1 after the end of “Fix You.”

Meanwhile, watch the latest episode of “Fix You” below!

Nana
How does this article make you feel?