EXO’s Baekhyun appeared on SBS Power FM’s “Cultwo Show” on June 3, and he talked about his comeback and more!

The idol recently returned with his second solo mini album “Delight.” He described his title track “Candy” as a trendy R&B song and said, “The witty lyrics express my colorful charm by comparing it to the taste of candy.”

Baekhyun also talked about the music video for “Candy.” He explained, “At first, we decided to go for a long take during the music video shoot, but it had a loose vibe to it, so we edited it cut by cut. I wanted the dancers to look like my friends and crew.” 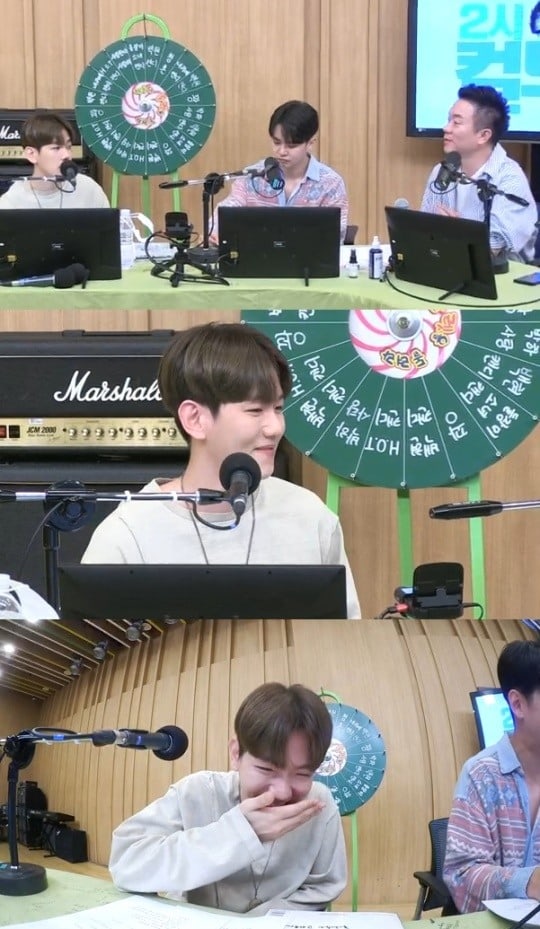 Baekhyun also interacted with his fans on the radio show by replying to their questions and comments. One fan mentioned his acting as Prince Wang Eun in SBS’s “Scarlet Heart: Goryeo.” Baekhyun shared, “My character wasn’t the youngest, but he was a childish character who was like the youngest. It was a role where I was in love with IU‘s character but was rejected by her, and I had so much fun. It was fun acting in it.” Regarding the possibility of acting again, he said, “I think I need to have a lot of time to be able to do that. I think I will be able to act when I’m over 30.”

During the radio show, it was pointed out that Baekhyun is seen less in public than other celebrities. Baekhyun explained, “I only leave the house for lessons. I used to do physical training, but it was physically difficult to do training and practice at the same time. So instead, I’m just playing games as a hobby.”

Baekhyun is currently starring in his own web reality show called “I Play Alone” (literal translation).

EXO
Cultwo Show
Baekhyun
How does this article make you feel?