Based on a popular webtoon, “Pop Out Boy!” will tell the story of the chaos and whirlwind romance that occur when Chun Nam Wook (played by Kim Min Kyu), the male protagonist of a long-running manhwa (Korean comic), steps into the real world. There, he crosses paths with high school student Han Sun Nyeo (played by Kim Doyeon), who happens to share the same face and name as the female protagonist of Chun Nam Wook’s manhwa.

On June 4, the upcoming drama released a cute, cartoon-inspired poster that hints at the fun, unpredictable dynamic between its two leads. In the poster, the eccentric, old-fashioned Chun Nam Wook stares impassively at the camera as the outspoken Han Sun Nyeo playfully cups his face between her hands.

Teasing the romance to come, the poster’s caption asks, “Not liking you—how do I do that?” 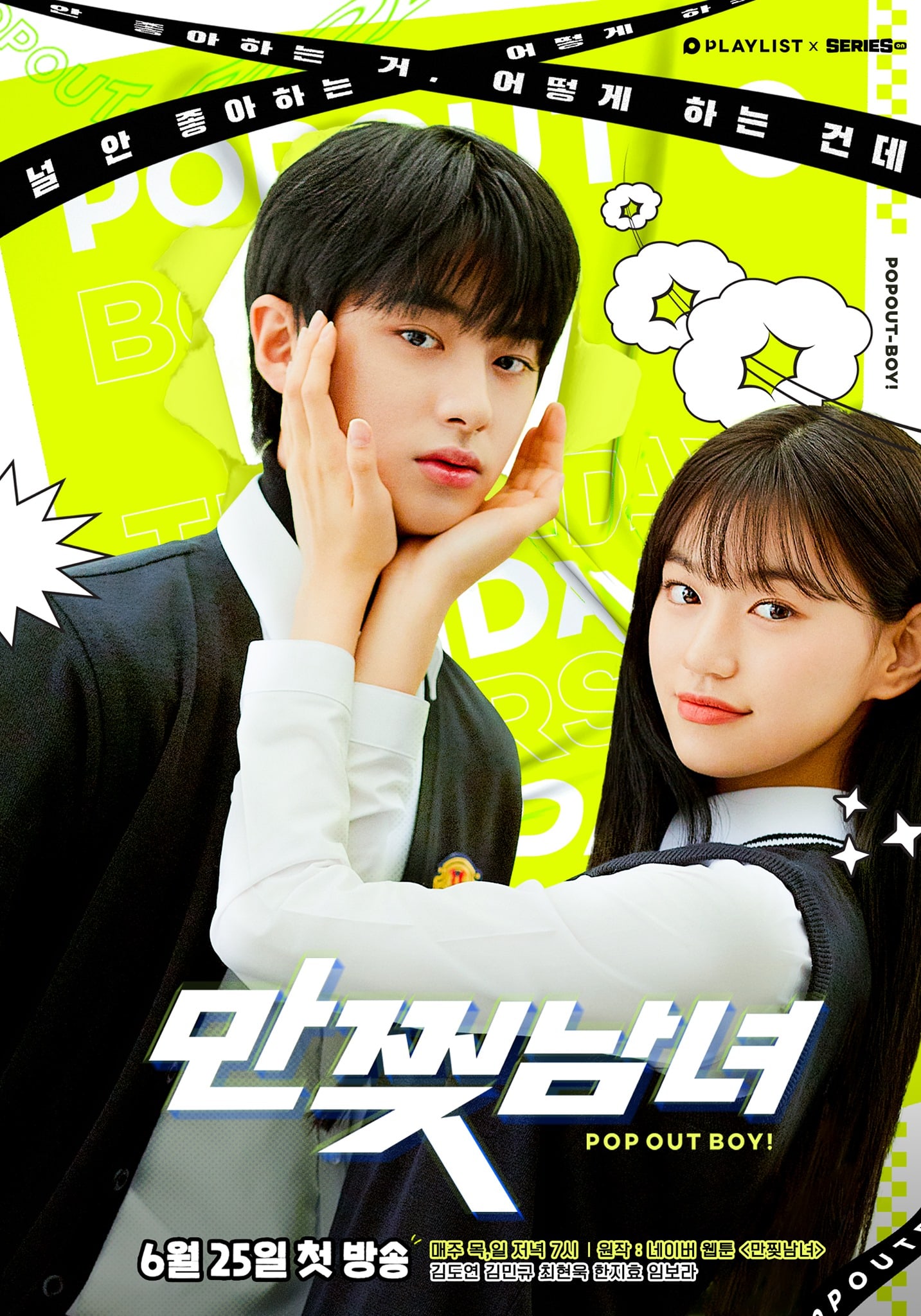 “Pop Out Boy!” will premiere as a web drama on June 25 at 7 p.m. KST on Playlist’s YouTube channel, where it will air on Thursdays and Sundays. The drama will also air on MBC Dramanet starting on July 10 at 10 p.m. KST.

Are you excited to see Kim Min Kyu and Kim Doyeon in this new drama?