tvN has released new stills from the upcoming episode of its Wednesday-Thursday drama, “Oh My Baby.”

“Oh My Baby” is about a woman named Jang Ha Ri (Jang Nara), a workaholic career woman who wants to have a baby before it’s too late. Just as she decides to skip over marriage in order to make her dream of becoming a mother come true, three men come unexpectedly into her life.

In the new stills, Jang Ha Ri shares a meal with Han Yi Sang (Go Joon), a freelance photographer, and Yoon Jae Young (Park Byung Eun), a pediatrician. Han Yi Sang looks askance at the situation and cuts his meat in silence, while Yoon Jae Young has his baby daughter in his lap and also a lot to say. Jang Ha Ri, on the other hand, looks flustered and confused. 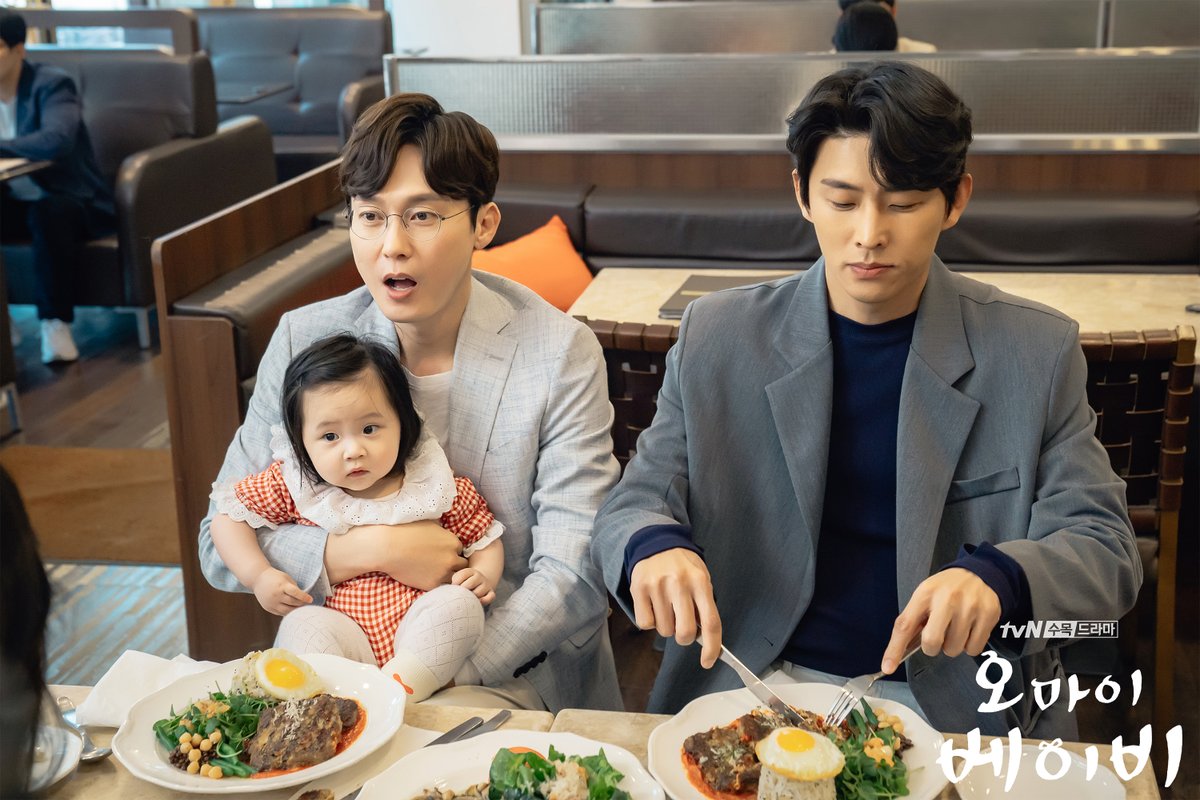 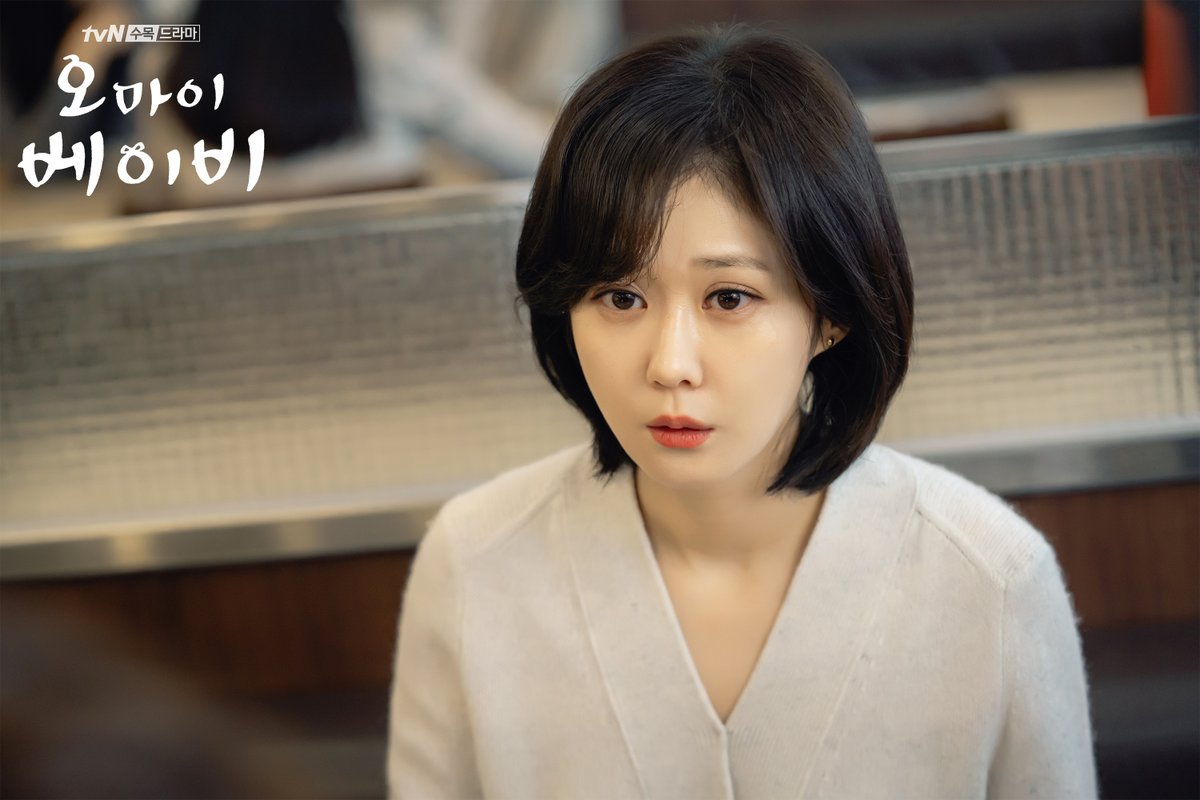 Jang Ha Ri and Han Yi Sang got off on the wrong foot years ago, but the two have recently gotten closer after bonding over a series of unexpected incidents. Jang Ha Ri and Yoon Jae Young are childhood friends and grew up together like siblings, but have not seen each other since Yoon Jae Young’s marriage. Now that he is divorced and a single father, he has moved in to live with Ha Ri and her mother.

The production staff of “Oh My Baby” stated, “Go Joon and Park Byung Eun’s characters are putting their pride on the line to pursue Jang Nara’s character in earnest. Please look forward to how these men change as they fight for their love in this unexpected and extreme romance war.”