3 Things To Find Out In The Final 3 Episodes Of “The King: Eternal Monarch”

SBS’s Friday-Saturday drama “The King: Eternal Monarch” is coming to a close with only two episodes left until the finale on June 12.

In episode 13, Lee Gon suspected that there must be a way to travel through time and planned to stop Lee Rim (Lee Jung Jin) from taking one half of the legendary flute of the Silla Dynasty (manpashikjeok) on the night of treason. However, before he could leave for the Korean Empire, Lee Gon was attacked by Luna (Kim Go Eun), who looks just like Jung Tae Eul, and collapsed. Then, Lee Gon, who saw himself wearing his black clothes and Luna with Jung Tae Eul’s new ID card, was shocked to realize that the person who saved him on the night of treason was his future self.

Here are three things to watch for as the drama begins to wrap up its story! 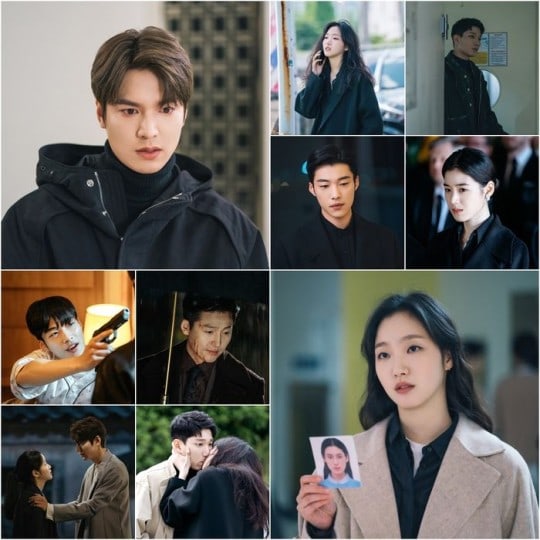 Luna, who has the same face as Jung Tae Eul but lives a completely different life as a criminal in the Korean Empire, has lived a lonely life with nothing to call her own. Upon seeing Lee Rim show her a family picture and an ID card, Luna was inspired and suggested that she steal Jung Tae Eul’s identity. Luna fooled everyone by taking over Jung Tae Eul’s house, ID card, and cellphone, and she even kissed Kang Shin Jae (Kim Kyung Nam), who mistook her for Jung Tae Eul and grew even more confused.

Jung Tae Eul, who found out about Luna’s antics in the modern-day republic, called Luna and asked her, who was still using Jung Tae Eul’s phone, to meet up immediately. Luna then responded, “You’re in trouble. If you meet me now, you’ll die. Be grateful that we aren’t meeting each other.”

Luna, who tried to poison Lee Gon in the last scene of episode 13, is making viewers curious about how she will attack Jung Tae Eul.

Jung Tae Eul, who discovered Goo Eun Ah (Jung Eun Chae), the look-alike of the prime minister of the Korean Empire Goo Seo Ryeong, began to look for Goo Eun Ah. On the day of the thunderstorms, Jung Tae Eul, who has been kidnapped and was staying in the imperial household, confirmed that Prime Minister Goo is able to travel between universes after seeing Goo Seo Ryeong with the same sign as Lee Gon. After Jung Tae Eul returned to modern-day Korea, she heard about Goo Eun Ah’s disappearance and began to investigate the suspicious Yang Sun Care Center. Upon seeing Kang Shin Jae, who was accompanying Jung Tae Eul, a worker at the care center became surprised, and the reaction created a strange atmosphere.

The care center workers began to act as if they had received an order, and the Yang Sun Care Center is believed to be the base of Lee Rim’s remnants in modern-day Korea after Goo Eun Ah was discovered to be dead. Meanwhile, Kang Shin Jae’s surprise at seeing the bed in Room 101, the room without a name, has raised suspicions.

Viewers are curious as to who the patient in Room 101 is and whether Kang Shin Jae of the Korean Empire will show a last-minute transformation.

Unlike Lee Gon who was surprised at this fact, Lee Rim coldly remarked, “It was you! It was you who saved yourself!” Viewers are predicting that Lee Rim will risk his life to block Lee Gon from returning to his past. Will Lee Rim return to the night of treason from 25 years ago? Or will he also plot to take the second half of the flute (manpashikjeok) from Lee Gon?

Production company Hwa&Dam Pictures commented, “The last three episodes will be raging with the intense confrontation between Lee Gon and Lee Rim, who try to take back the flute after the person who saved young Lee Gon on the night of treason was revealed. An amazing story will play out for three episodes starting from episode 14, which airs on June 5. Please give your attention until the end.”