In the new poster, Noh Ae Jung smiles brightly. Her poster reads, “The fact that I’m Noh Ae Jung doesn’t change,” referring to the fact that despite facing many difficulties in her life, she continues to put on a display of strong determination. However, with the addition of the four men in her love life to shake things up, viewers are curious to see what surprising twists will occur. 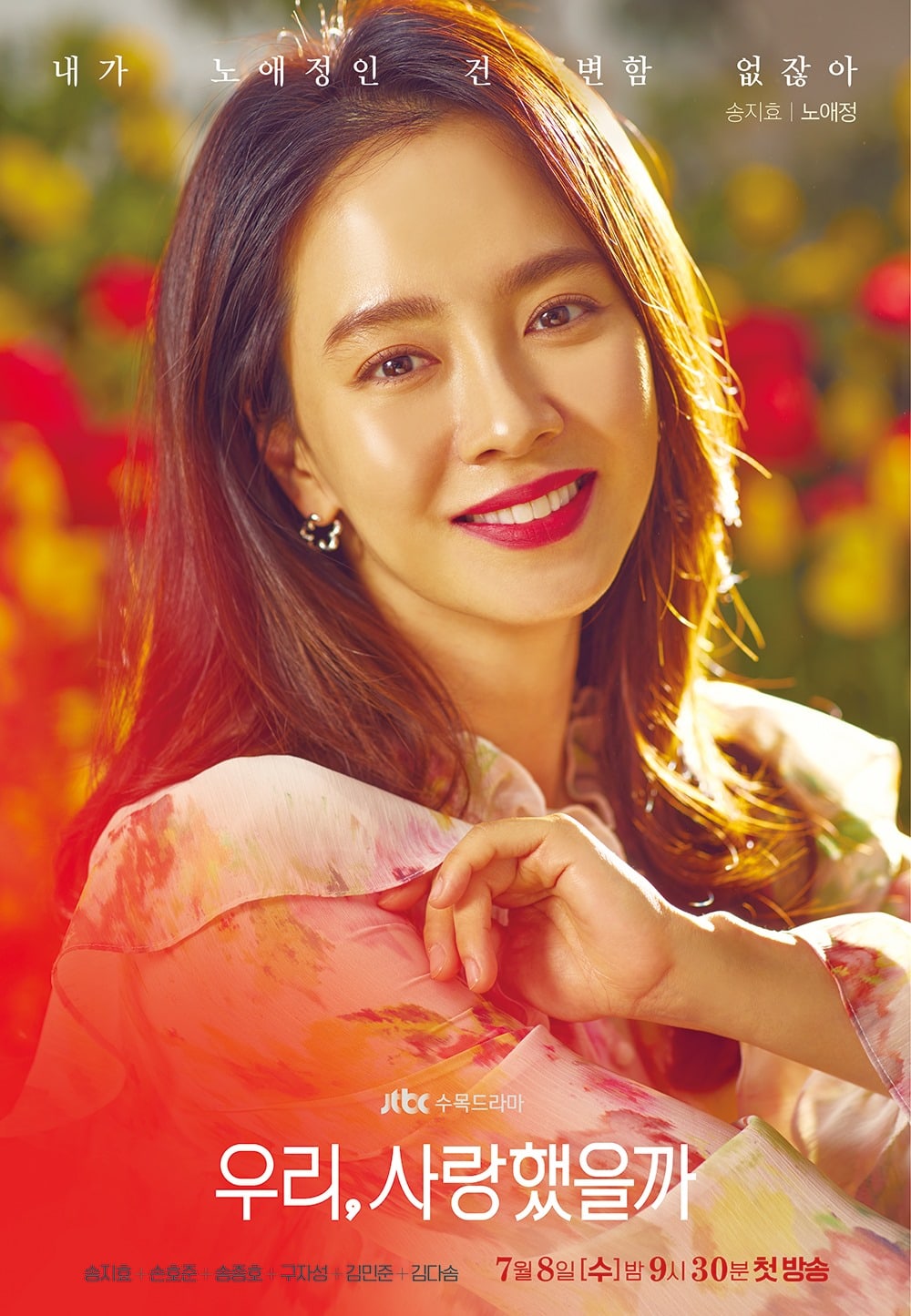 Noh Ae Jung’s ex-boyfriend Oh Dae Oh (Son Ho Jun) is described to be a charming bad boy. Due to his past relationship with her, Oh Dae Oh became a “fool in relationships.” Eventually getting down to work, he became a bestselling author. His poster reads, “I want to bury it all, everything about you over those 14 years!” hinting that he still might have feelings for her. 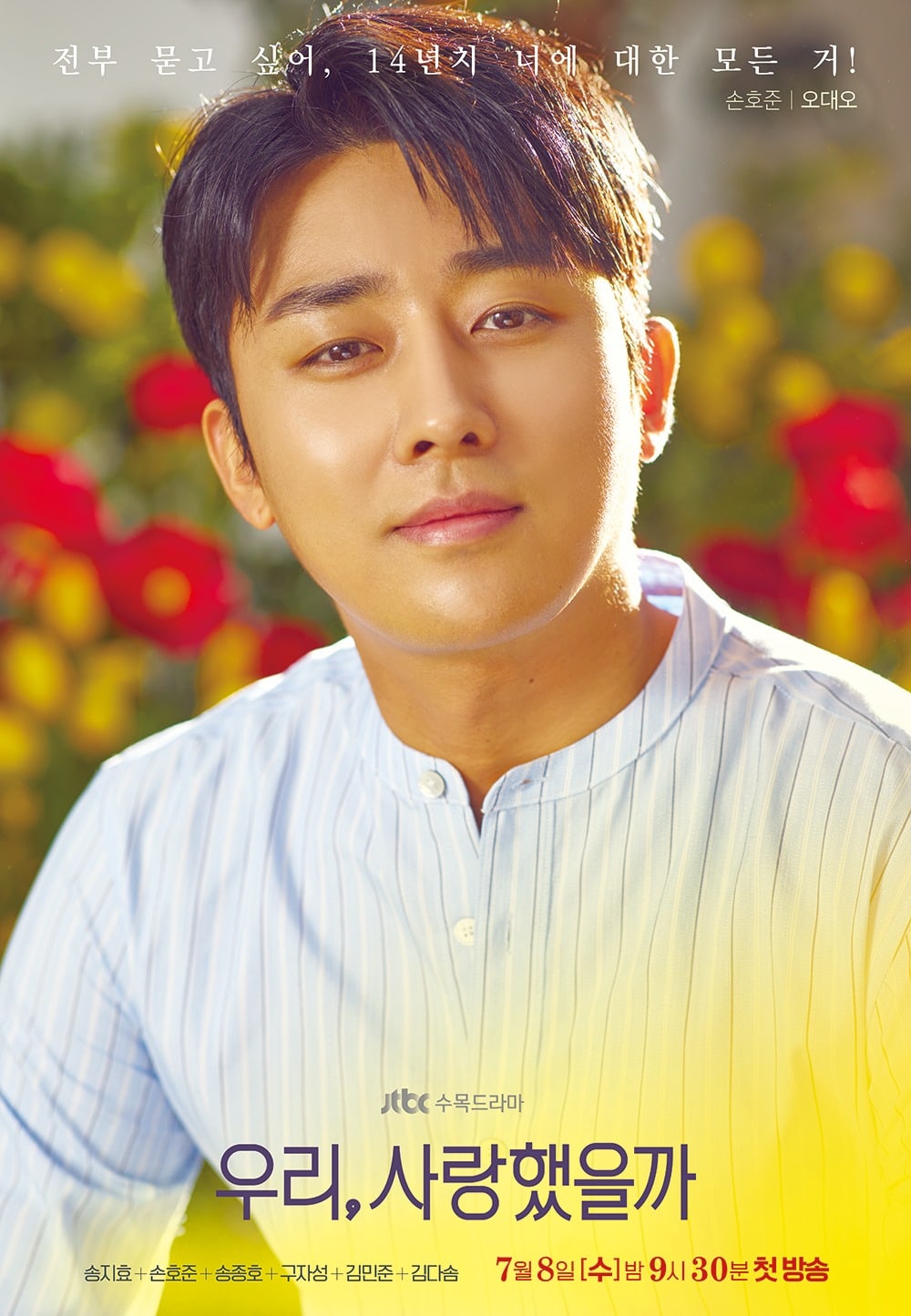 Although he exudes the aura of a top celebrity in his poster, Ryu Jin (Song Jong Ho) will approach Noh Ae Jung as the “pitiful hotshot.” He’s also a figure that’s entangled in the love story from 14 years ago. Ryu Jin’s poster contains the quote, “I want to protect you by your side without asking any questions.” 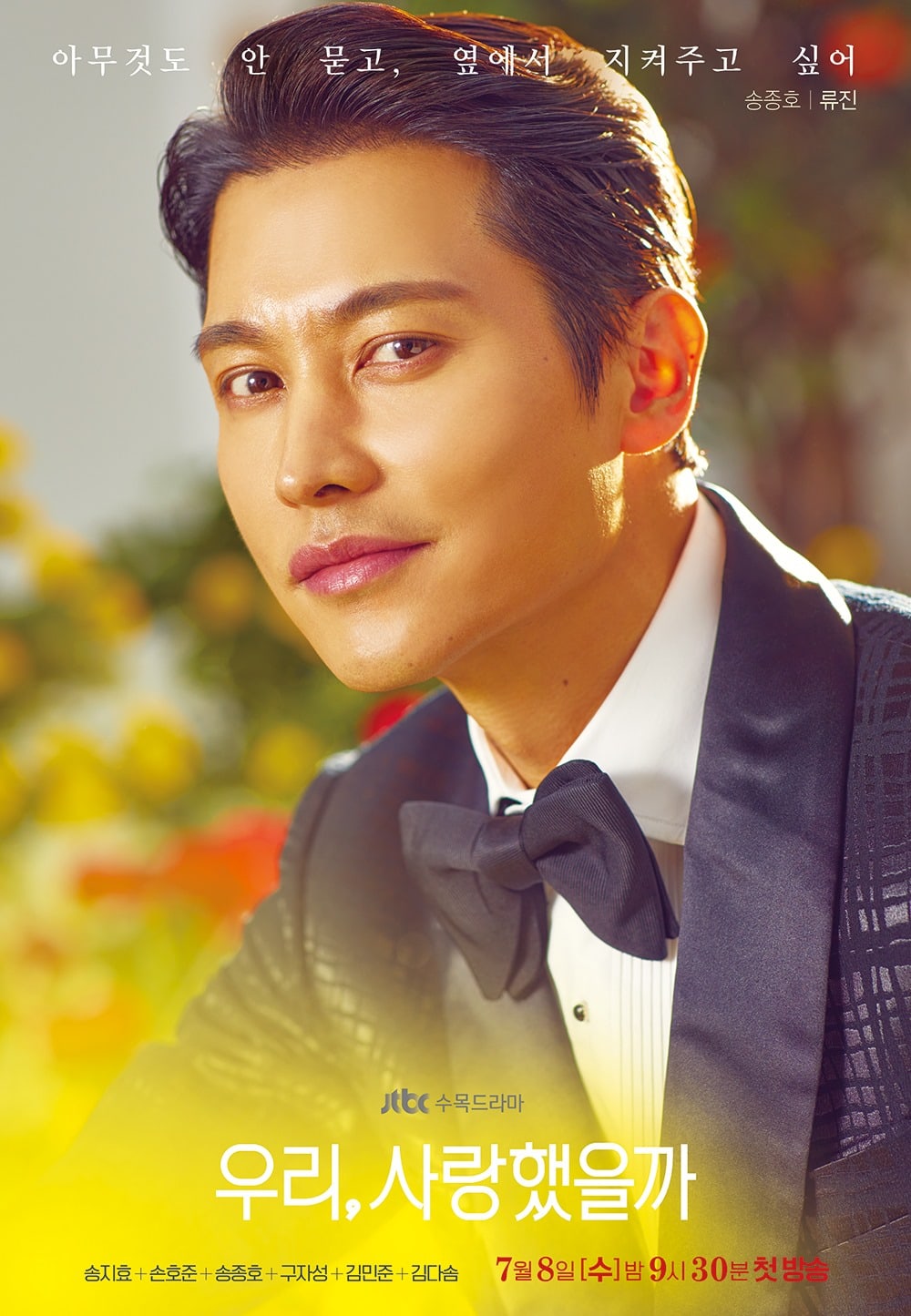 The young Oh Yeon Woo (Koo Ja Sung) will make viewers’ hearts flutter. He has yet to move on from his first love, as shown by his poster which has the quote, “How could I forget nuna, Noh Ae Jung!” “Nuna” is a term used by a man to an older female friend or sister. 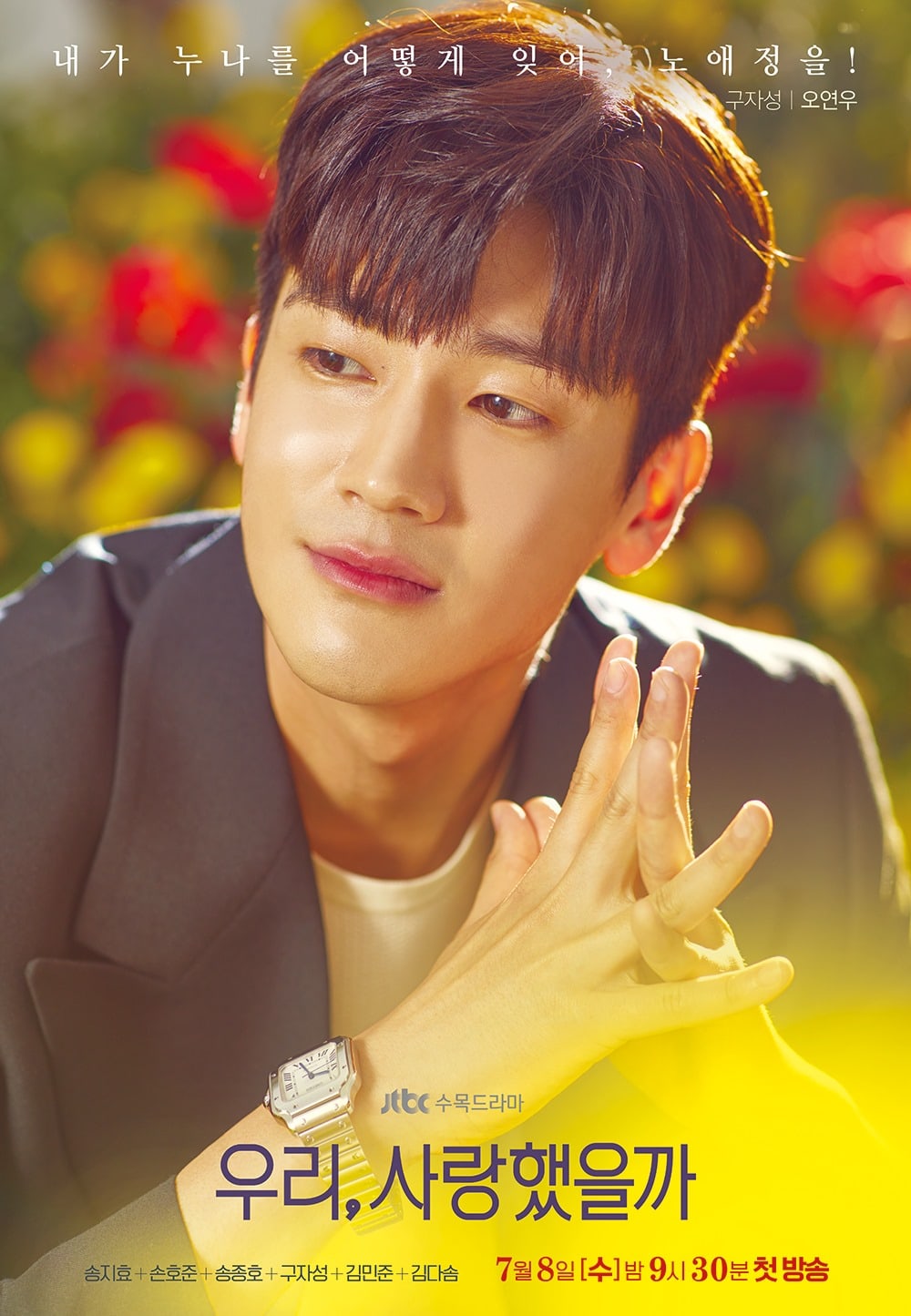 As the “scary but sexy” CEO of Nine Capital, Goo Pa Do (Kim Min Joon) exudes charisma with his deep gaze in the new poster. His quote states, “I will invest in you,” referring to the fact that he will meet Noh Ae Jung as an investor for the film she will produce. 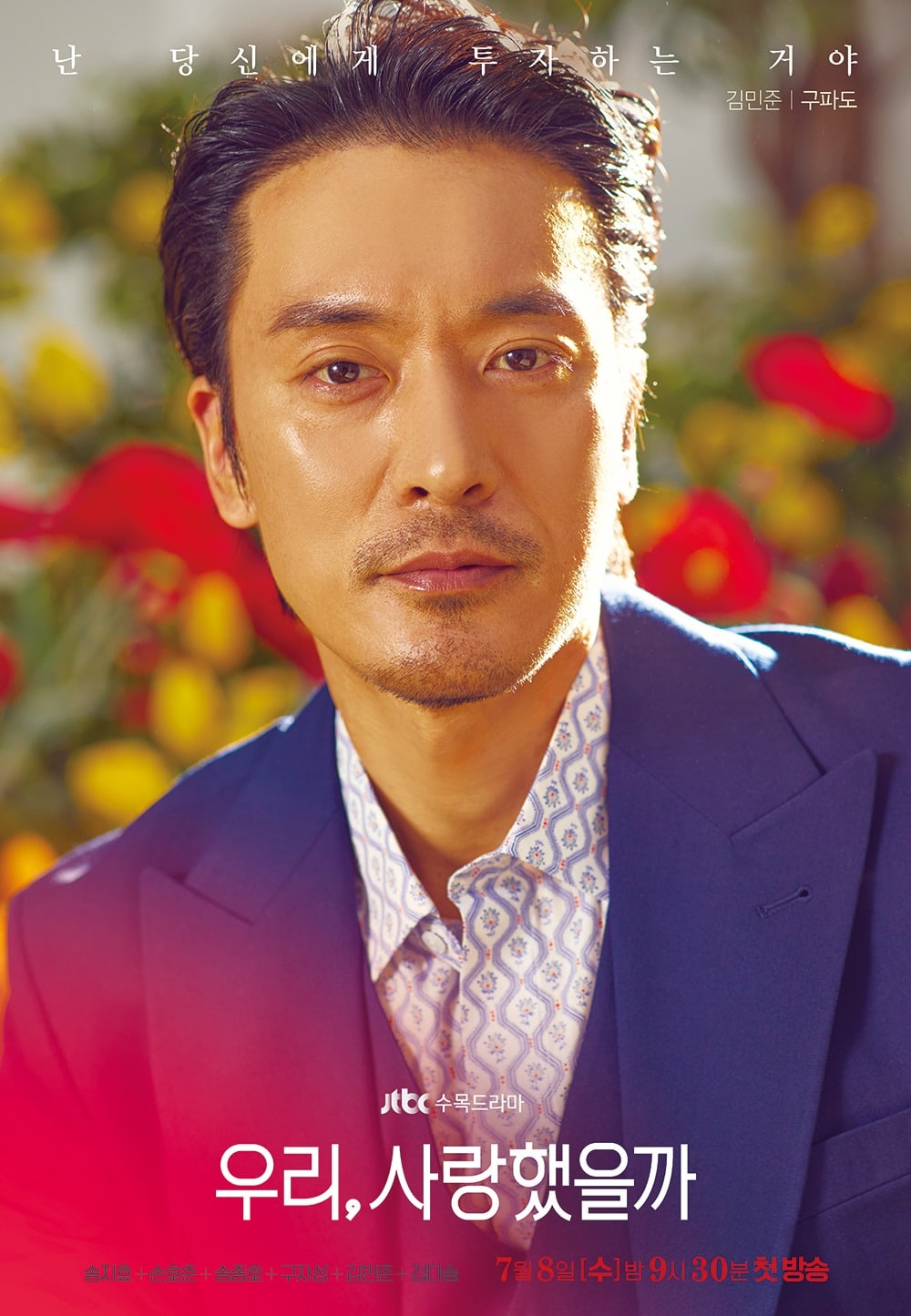 If Ryu Jin is Korea’s top male actor, Joo Ah Rin (Dasom) is Korea’s top actress. Although she’s known as “Asia’s first love,” Joo Ah Rim has always loved one person. For a long time, she has hoped that Oh Dae Oh would also love her back. Her poster has the quote, “Both back then and now, why won’t you look at me?” Viewers are curious to see what influence Joo Ah Rin will have on Noh Ae Jung’s love life. 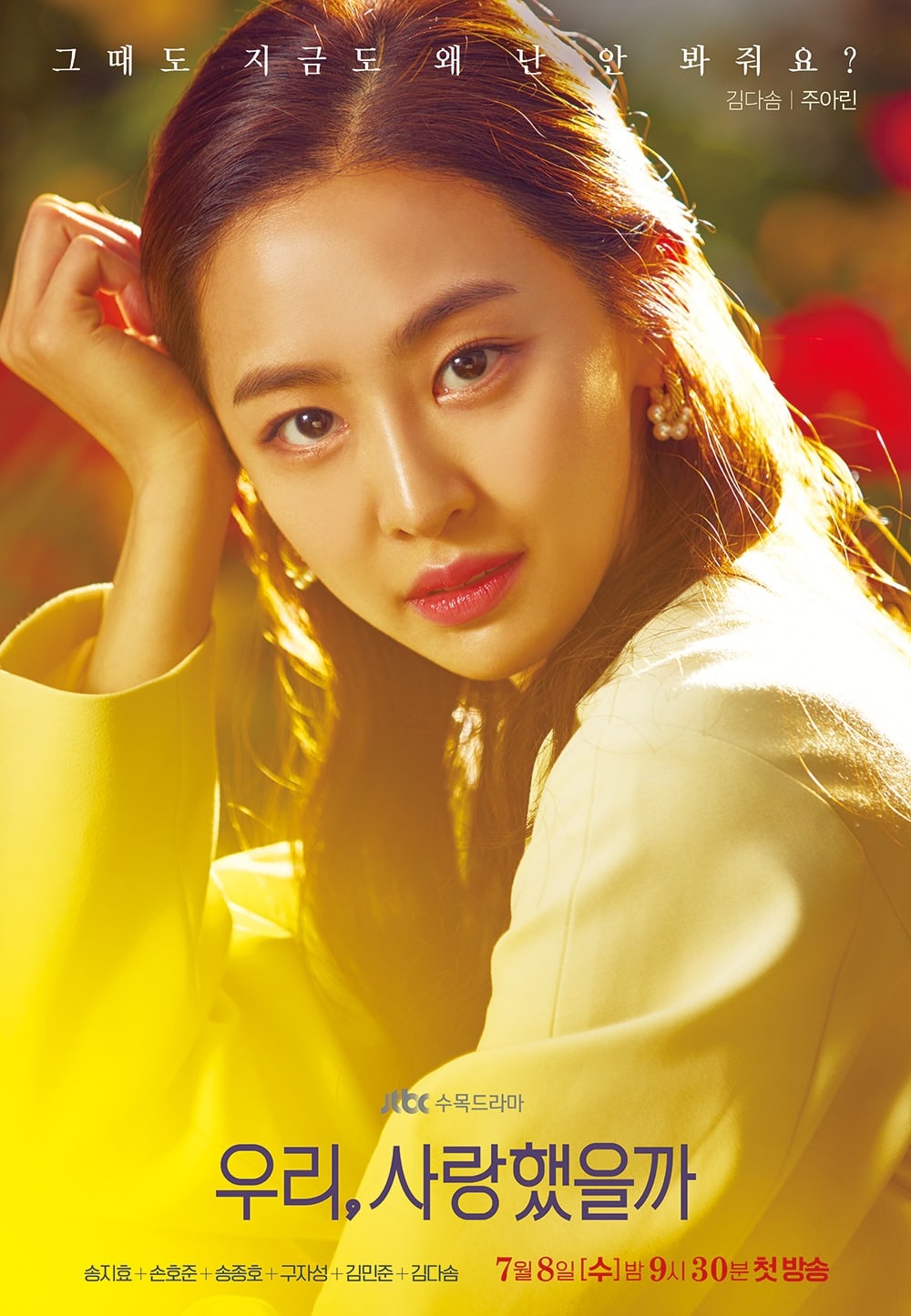 The production team of “Was It Love?” explained that the posters revealed the characters’ inner thoughts. They also asked viewers to enjoy life’s romance with Song Ji Hyo, Son Ho Jun, Song Jong Ho, Koo Ja Sung, Kim Min Joon, and Dasom, who will each take their own individual path to find happiness and love.