tvN has released photos from the script reading of the highly-anticipated second season of “Forest of Secrets”!

The first season of tvN’s “Forest of Secrets” aired in 2017 and told the story of emotionless prosecutor Hwang Si Mok (played by Cho Seung Woo) and warm-hearted police officer Han Yeo Jin (Bae Doona) as they teamed up. The series was praised as a groundbreaking drama for the genre, and in September 2019, it was confirmed that a second season was in the works. 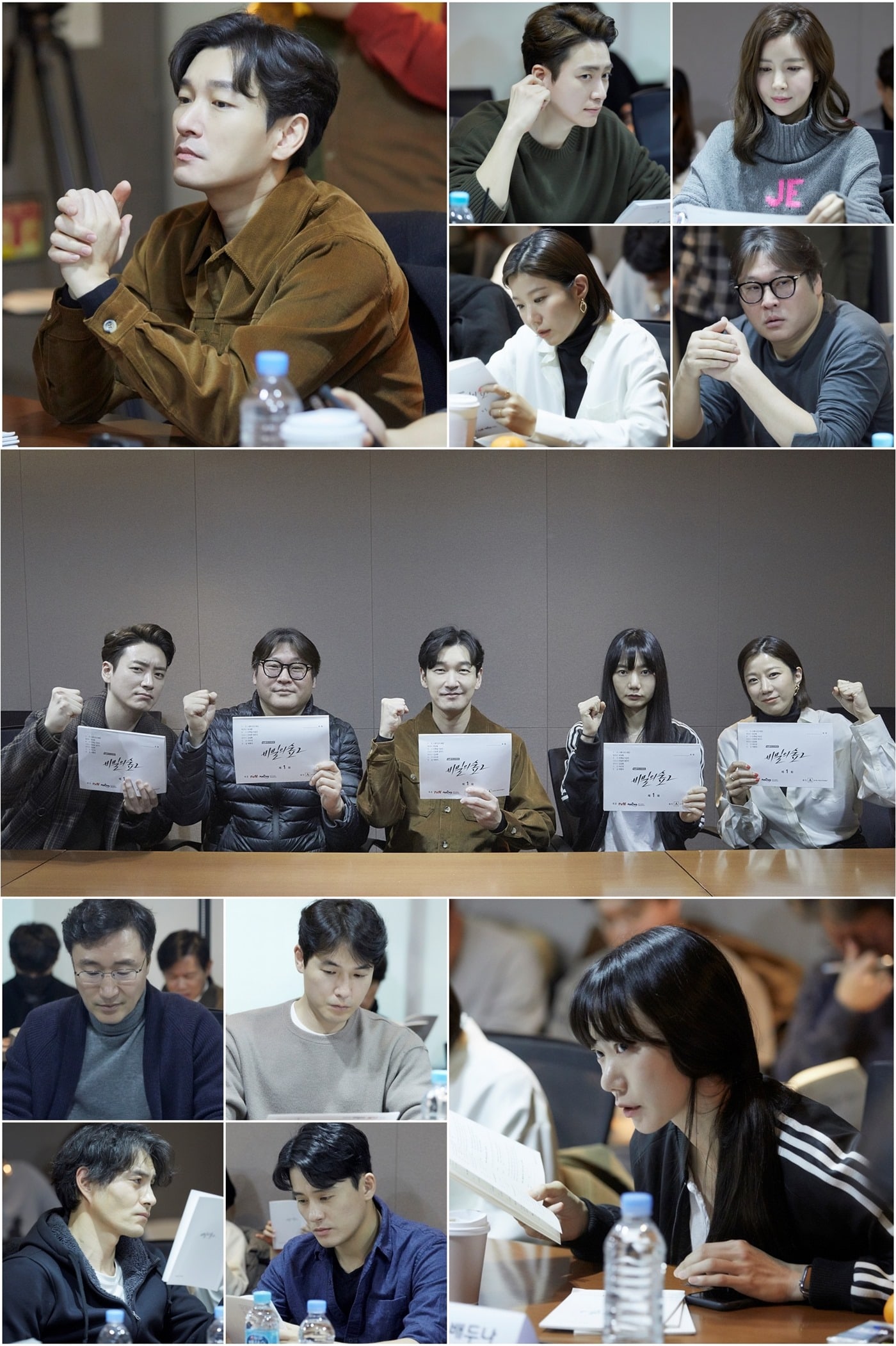 Both the cast and crew were excited to be returning with a second season, with the production staff stating, “We are happy and honored to be able to make a second season for ‘Forest of Secrets.’ We are grateful for everyone joining us. We hope to bring satisfaction and joy to all those who have waited for the second season with a new season that is interesting and of the highest quality.”

As the script reading started, the actors became fully immersed in their roles. Cho Seung Woo returned as prosecutor Hwang Si Mok, bringing his calm but firm charisma to center the series. Bae Doona brought Han Yeo Jin’s bright energy back, and the pair are said to have exceeded expectations with their chemistry.

Joining them this season is Jeon Hye Jin as Choi Bit, the first female head of intelligence at the National Police Agency, and Choi Moo Sung as Woo Tae Ha, the elite of the elite at the prosecutor’s office. Lee Joon Hyuk will be making his return as Seo Dong Jae, a prosecutor with ambitions to climb up the career ladder no matter what it takes. Yoon Se Ah plays Lee Yeon Jae, Lee Chang Joon’s husband who becomes the new CEO of Hanjo Group.

The production staff shared, “It was a great moment where the talented cast of actors showed great chemistry as they brought their characters to life. As expected, writer Lee Soo Yeon has created an exciting script and director Park Hyun Suk will be leading the charge. We will bring another well-made drama to viewers who have been waiting for Hwang Si Mok, Han Yeo Jin, and ‘Forest of Secrets.'”

The second season of “Forest of Secrets” is set to be the follow-up drama to “It’s Okay to Not Be Okay” and will premiere in August.