SBS has revealed new stills from the upcoming episode of the action comedy drama “Good Casting”!

“Good Casting” tells the story of three talented female agents at the National Intelligence Service who were forced to become pencil-pushers until one day, they get the chance to go out into the field again on an undercover mission. Choi Kang Hee plays Baek Chan Mi, who may not have the best personality but is a brilliant agent. Lee Sang Yeob stars as Ilkwang Hitech CEO Yoon Seok Ho, who tries to uncover the secret of his father’s sudden death. Lee Jong Hyuk plays the strict but warm team leader Dong Gwan Soo.

In the previous episode, Yoon Seok Ho felt disappointed and betrayed after he found out that his secretary Baek Jang Mi was actually his first love Baek Chan Mi. He continued to stay by her side in the midst of his confusion, but he then stumbled upon Baek Chan Mi sitting at a convenience store next to Dong Gwan Soo. He had been just about to have Baek Chan Mi fired from her secretarial position when he heard the news of her accident and immediately ran to the hospital, confessing that he doesn’t want to leave her side again.

The new stills show Yoon Seok Ho confronting Dong Gwan Soo in Baek Chan Mi’s hospital room. Yoon Seok Ho grabs Dong Gwan Soo’s arm, looking at him with a pleading expression. Dong Gwan Soo glares back at him as tension fills the room. Viewers are curious as to what could have caused the clash of emotions between the two men. 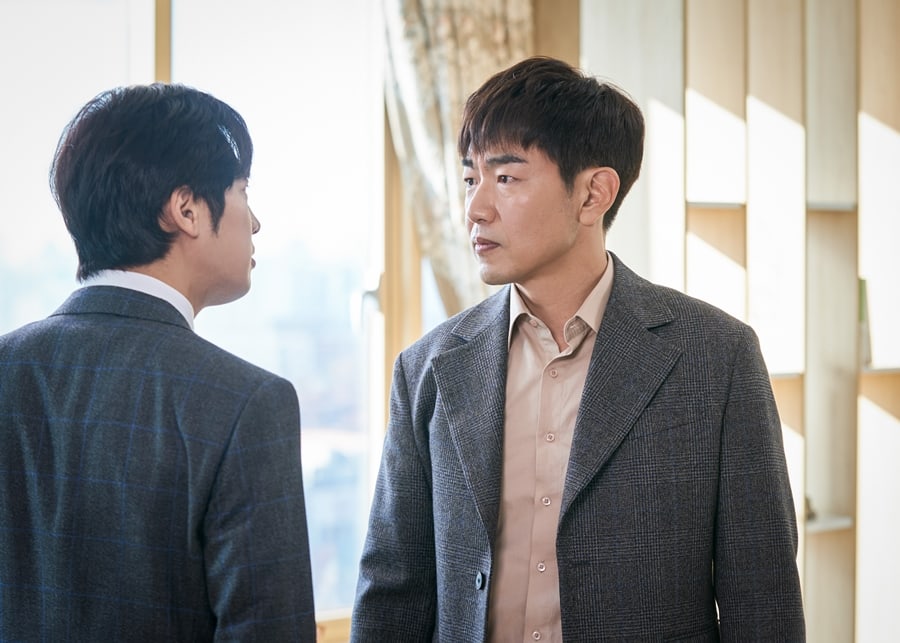 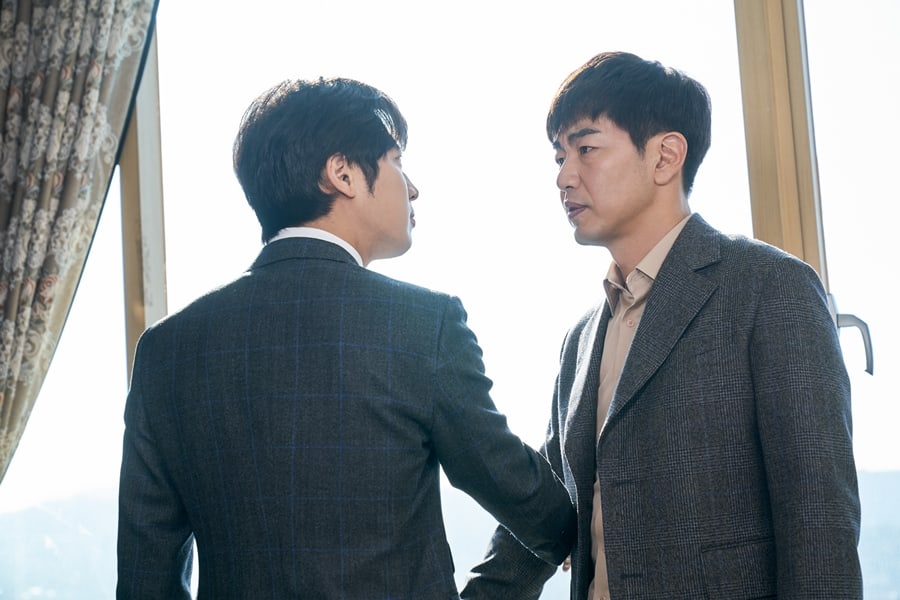 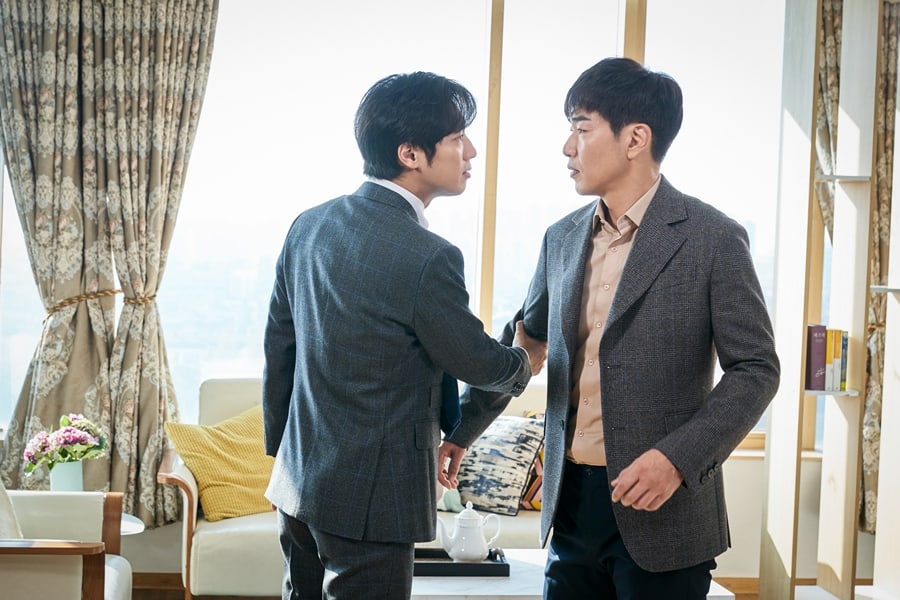 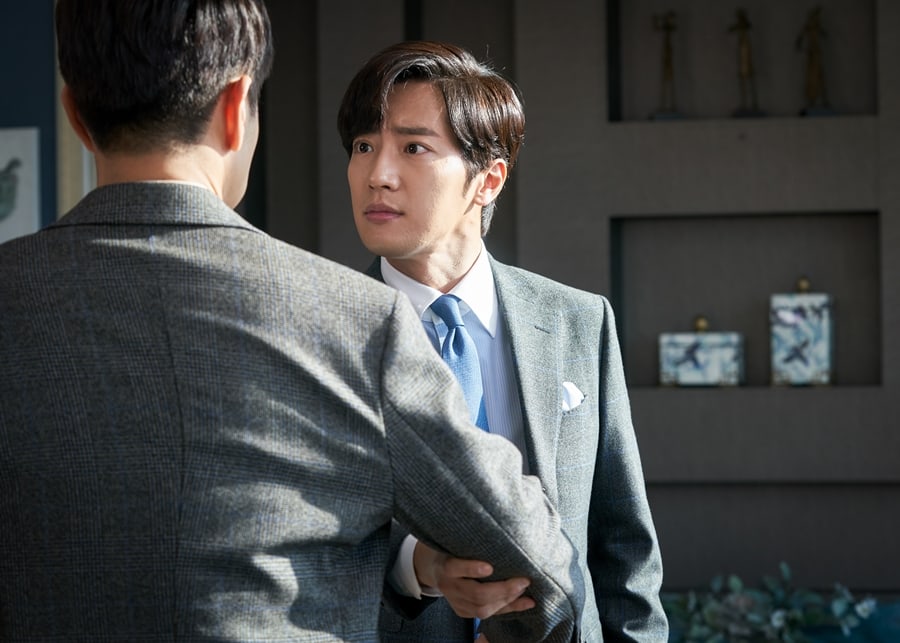 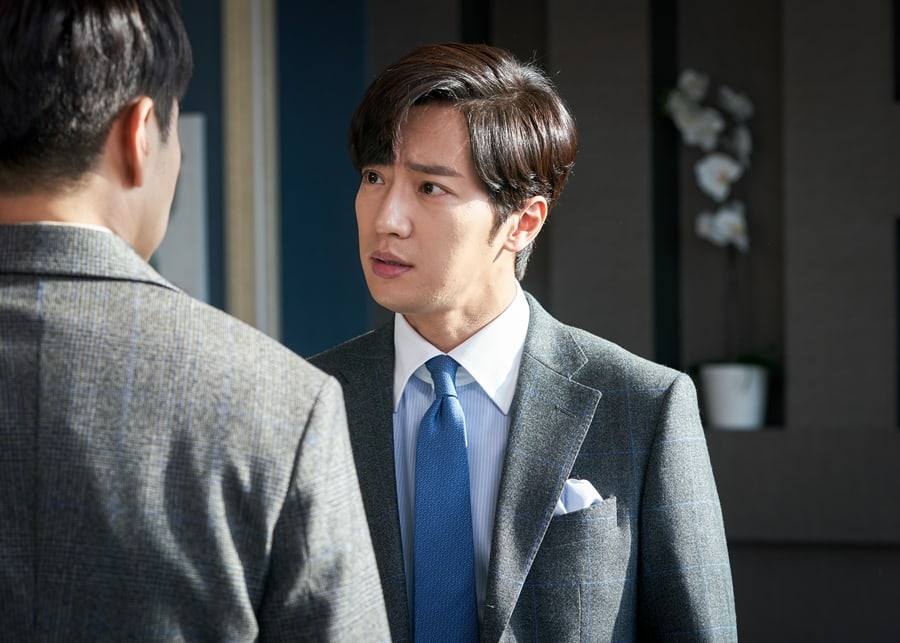 The production team commented, “It will be interesting to see Yoon Seok Ho, who was Baek Chan Mi’s original crush, and Dong Gwan Soo, who was her previous boyfriend, together in the same scene. The two actors did a great job carrying out the psychological battle of two men fighting for the same woman. The viewers can look forward to a cut-throat battle.”

Meanwhile, catch up on the latest episode of the drama with English subtitles below!