Upcoming zombie film “#ALIVE” has released new character posters ahead of its premiere!

“#ALIVE” is a “survival thriller” about the sudden outbreak of a mysterious illness that causes those infected to attack other people. As the disease rapidly spreads throughout Seoul and grows out of control, survivors are trapped alone inside their apartments without access to cellular data, Wi-Fi, texting, or phone calls. Yoo Ah In and Park Shin Hye star in the movie as Joon Woo and Yoo Bin, two survivors who are isolated in the middle of a now-dangerous city.

The individual character posters showcase the different situations of Yoo Ah In and Park Shin Hye as they are isolated in their apartments for an unknown reason. The posters create a more realistic and vivid tension with a differentiated composition that makes it seem as if we can see the survivors in real time on a mobile phone.

First off, Yoo Ah In seems like he’s in the middle of a game when he realizes something disturbing. His eyebrows are furrowed with concern, and he looks away from his computer screen in panic. The hashtags on his poster reads “Seoul, Korea,” “6:24 a.m.,” and “no internet.” 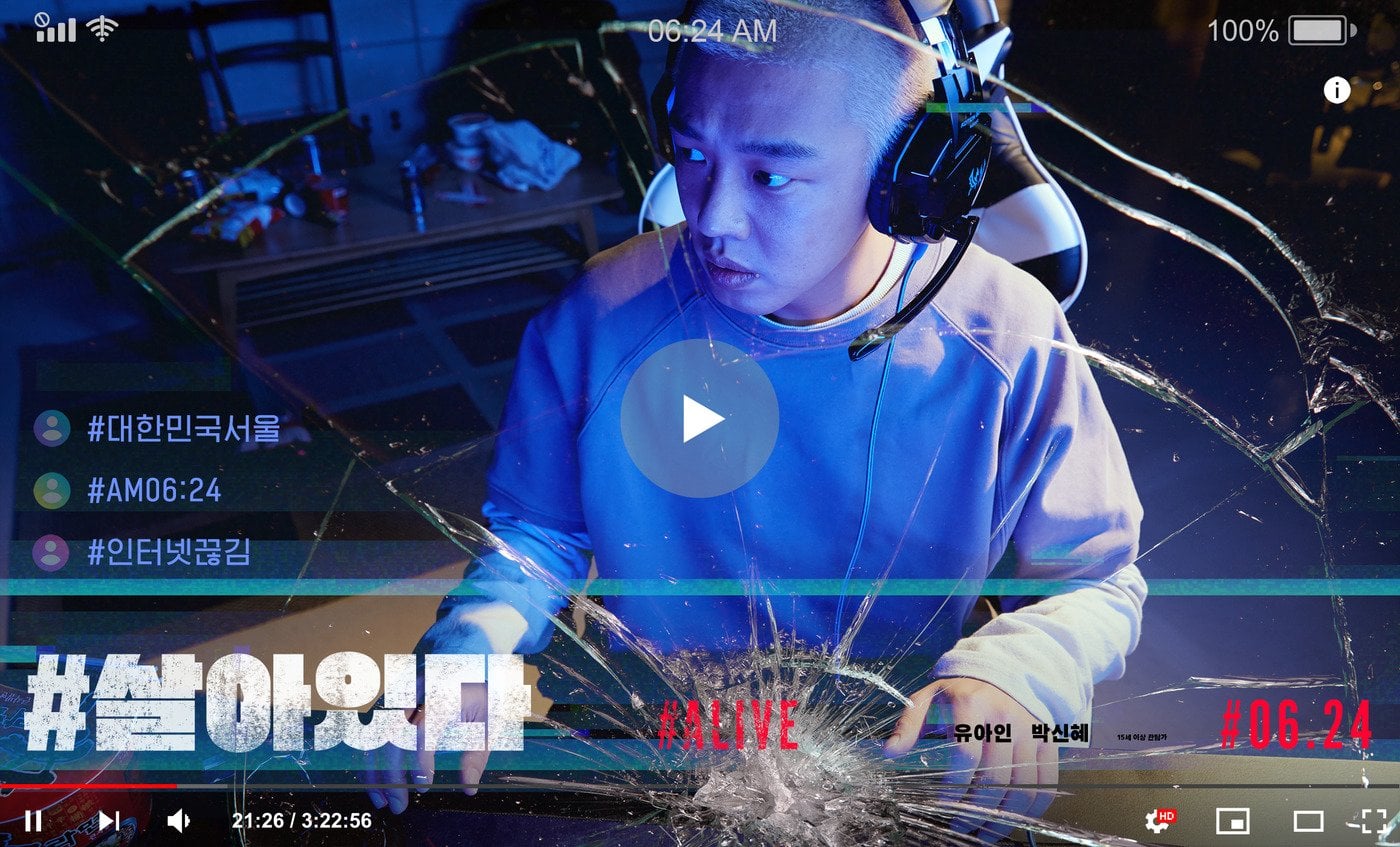 In another character poster that resembles a broken cell phone screen, Park Shin Hye amplifies the tension with a look of surprise. The poster shows that she is unable to connect to any form of communication, and the hashtags on her photo declares that some mysterious beings are causing a ruckus outside. 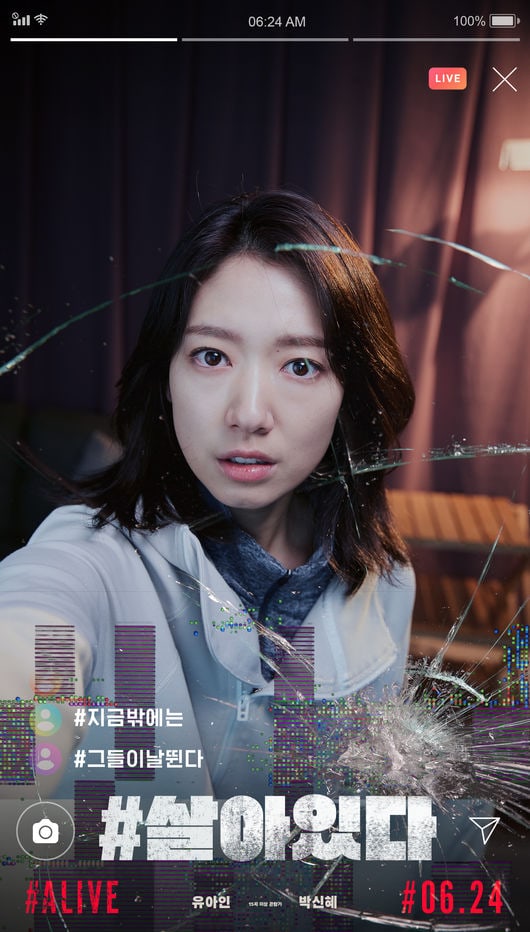 “#ALIVE” will be released on June 24. Watch the trailer here!