Shin Won Ho, the producing director (PD) of tvN’s “Hospital Playlist,” recently sat down for an interview with Sports Chosun to discuss the drama’s conclusion, the actors, and season two.

Although he initially started out as a PD for variety shows, Shin Won Ho is the mastermind behind the hit “Reply” series as well as “Prison Playbook.”

Regarding the conclusion of “Hospital Playlist,” Shin Won Ho shared, “I feel relieved. For my last project, I felt relaxed at the end, but since ‘Hospital Playlist’ has another season, it feels like we’re not done yet, and I don’t feel completely relaxed. I think the aftereffects will hit me all at once at the end of season two.” He also thanked viewers for enduring his experiment of airing only one episode a week. 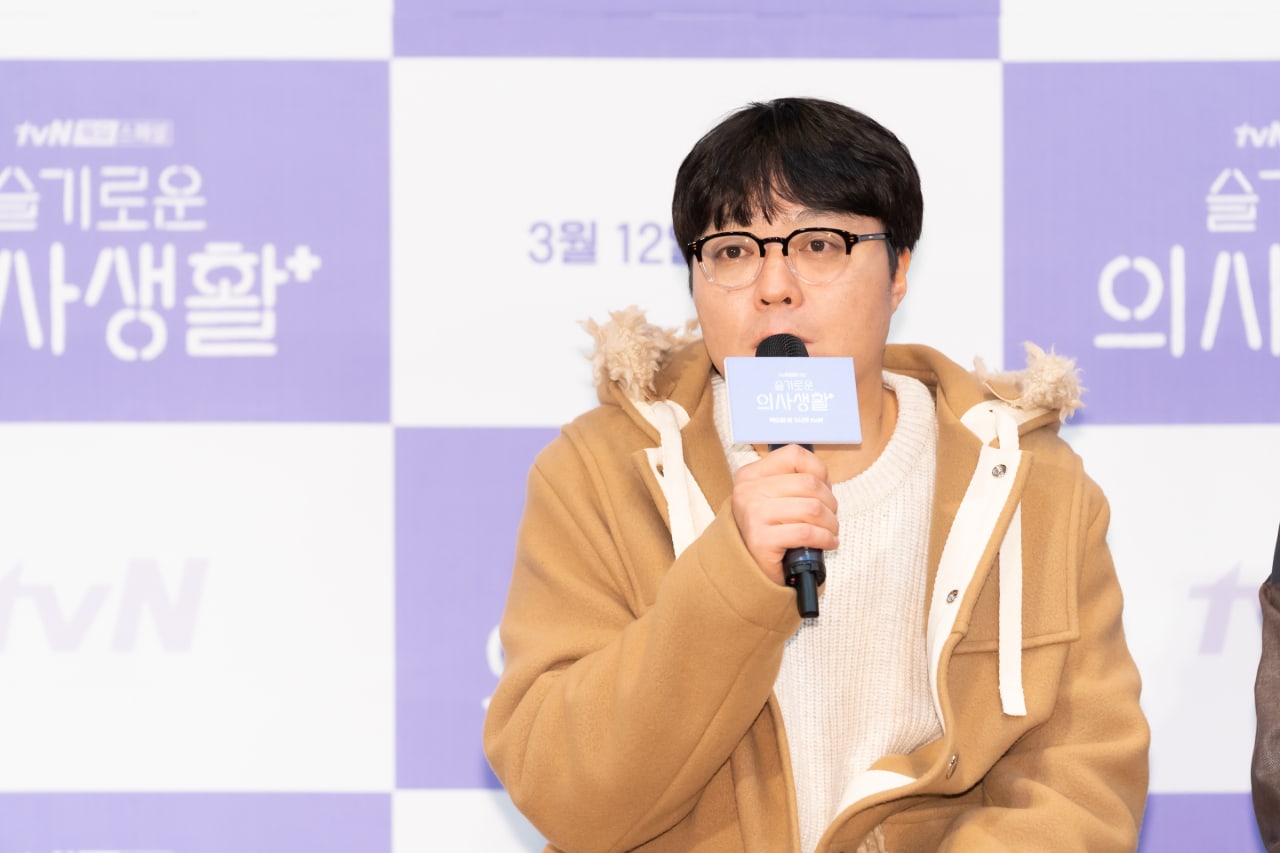 “Hospital Playlist” gained lots of praise for being a “healing” drama, of which Shin Won Ho thanked the cast for, especially the drama’s “’99ers” (Jo Jung Suk, Kim Dae Myung, Jung Kyung Ho, Yoo Yeon Seok, and Jeon Mi Do). Starting with Jo Jung Suk, he shared his love for the actors, saying, “[Jo Jung Suk] is a type of actor I’ve never seen before. His acting is not typical, and he is always adding in surprising nuances and tones. He’s someone who makes me realize, ‘You can do this in a new way.'”

He praised Yoo Yeon Seok’s soft heart and his love for children as he adapted well to working with the child actors. Shin Won Ho commented, “Even though he is the youngest out of the ’99ers, he was the surprising driving force.” 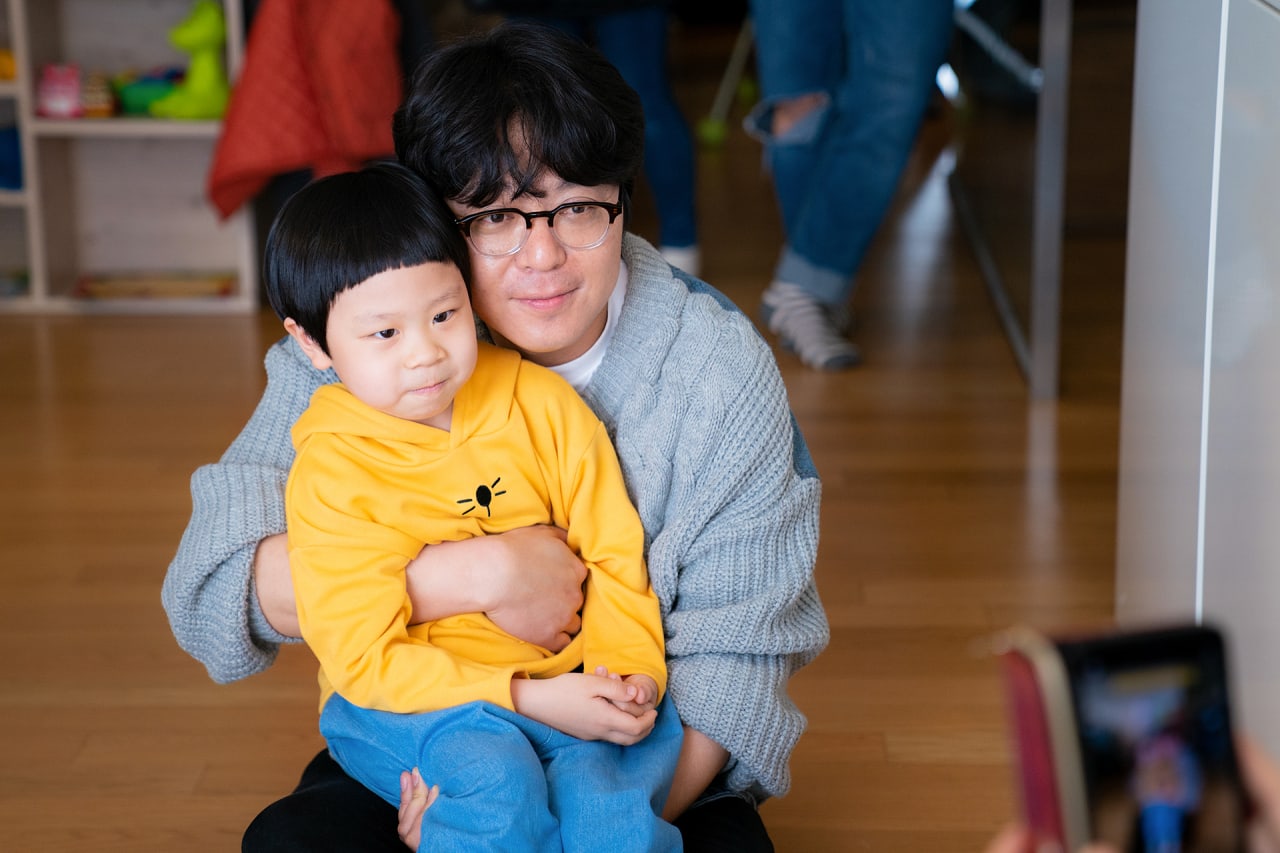 Shin Won Ho nicknamed Jung Kyung Ho the drama’s “melo-starter,” explaining, “When we filmed melodramatic scenes, he wasn’t using any special technique, but it strangely felt different. Even in short scenes, he portrayed those emotions well.”

Kim Dae Myung was the first of the five actors to join the production, and Shin Won Ho talked about how he served as a pillar for both the drama set and plot. He shared, “Kim Dae Myung played Yang Seok Hyung, who genuinely enjoyed working with his co-workers. He would always mention how happy he was when they drank, but every time he did so, it was strangely emotional. His happiness made the atmosphere for the group of five, as well as for our drama set.” 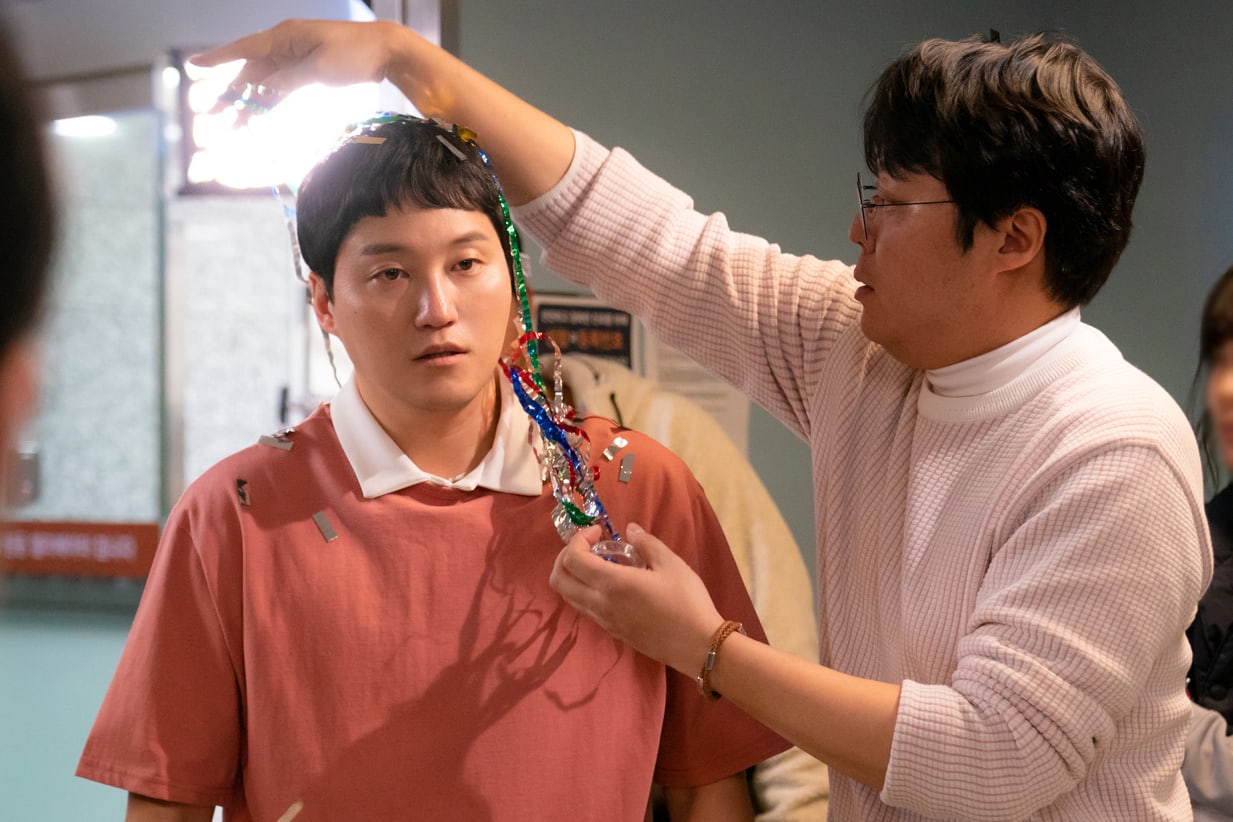 Shin Won Ho called Jeon Mi Do his “smart and reliable eldest daughter,” commenting, “Jeon Mi Do is really a model student. For example, it’s shocking that someone who has never touched a bass can play ‘Canon,’ but as soon as she did the difficult ‘Met You by Chance,’ I thought, ‘You really are a model student.’ However, that alone doesn’t cover it. Her acting was always surprising. She is so clever and intelligent that I would be repeatedly surprised.”

The PD also explained the unpredictable love line between Jo Jung Suk and Jeon Mi Do’s characters Ik Joon and Song Hwa, which some viewers expressed confusion at. Even Jo Jung Suk had previously commented, “I didn’t know my love line would be with Song Hwa.”

Shin Won Ho explained, “There are some parts that are good to know beforehand, but I think there are some parts that are distracting. If you know about a love line ahead of time, your gaze could change. At the beginning, Lee Ik Joon was not divorced and Chae Song Hwa had a boyfriend. If they knew about the love line, their emotions could have subtly shown. From the perspective of the actor, not knowing can be easier with less to worry about.”

He added that while some viewers found their relationship to be a surprise, all the necessary hints were there, such as the way Ik Joon has his hand on Song Hwa’s shoulder during their first meeting while she blushes.

Shin Won Ho continued, “I also wonder whether love in your forties is like this. It’s been 20 years since they were in their twenties. During that time, they would have met many people and formed many relationships, and they’re at an age where old memories alone are not enough to live each day with passion. They’re no longer at the age to passionately fall in love at first sight or where emotions of love overtake your everyday life. I wonder whether the difference in writing from today’s typical romance or the speed of the relationship is the biggest reason.” 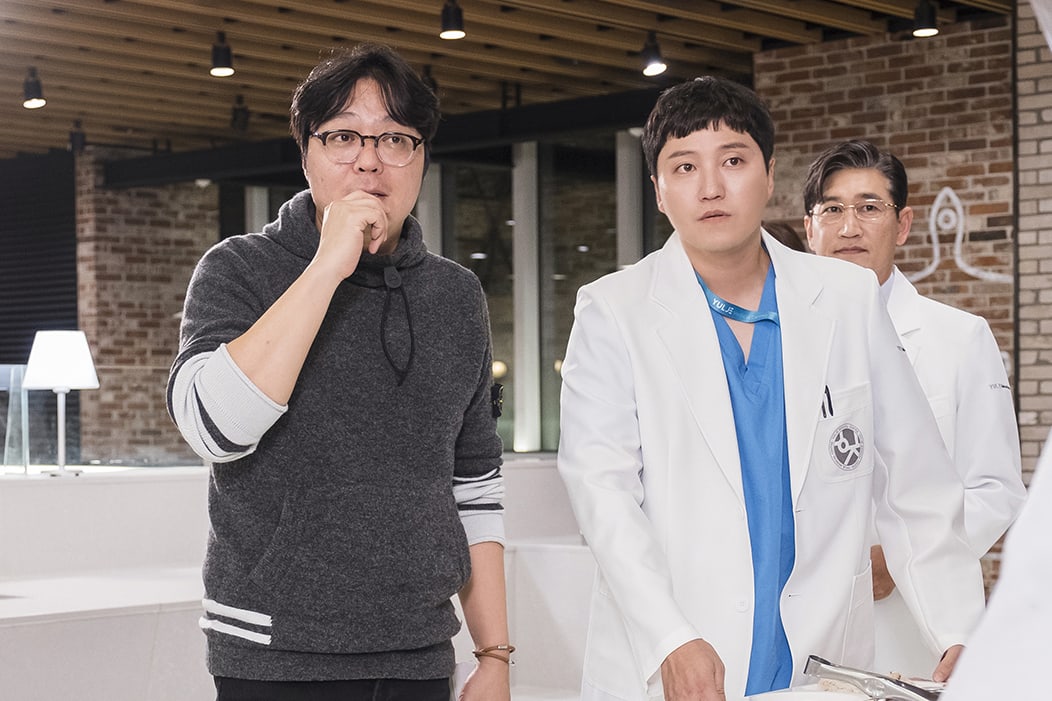 Lastly, the PD shared details regarding the highly anticipated second season. He shared, “Thank you for loving the drama for the past 12 weeks. Although you’ll have to wait for the next season, I hope you will keep these warm feelings in your heart and not forget them. Even though it may get boring, please be patient. If you aren’t doing much else, I hope we can meet again next year when we return with season two. We plan to start filming at the end of this year to return with season two in 2021, but the timing for the premiere is undecided.”

Shin Won Ho (PD)
Hospital Playlist
How does this article make you feel?