JTBC’s Monday-Tuesday drama “Sweet Munchies” has released new stills ahead of its next episode.

In the last episode, Park Jin Sung and Kim Ah Jin took a trip to the beach with the production team of their cooking program. Jin Sung and Ah Jin shared their honest thoughts with each other and grew closer, watching the sunrise while wrapped in the same blanket. However, both remain unaware of their true feelings, especially as Ah Jin still believes Jin Sung to be gay. 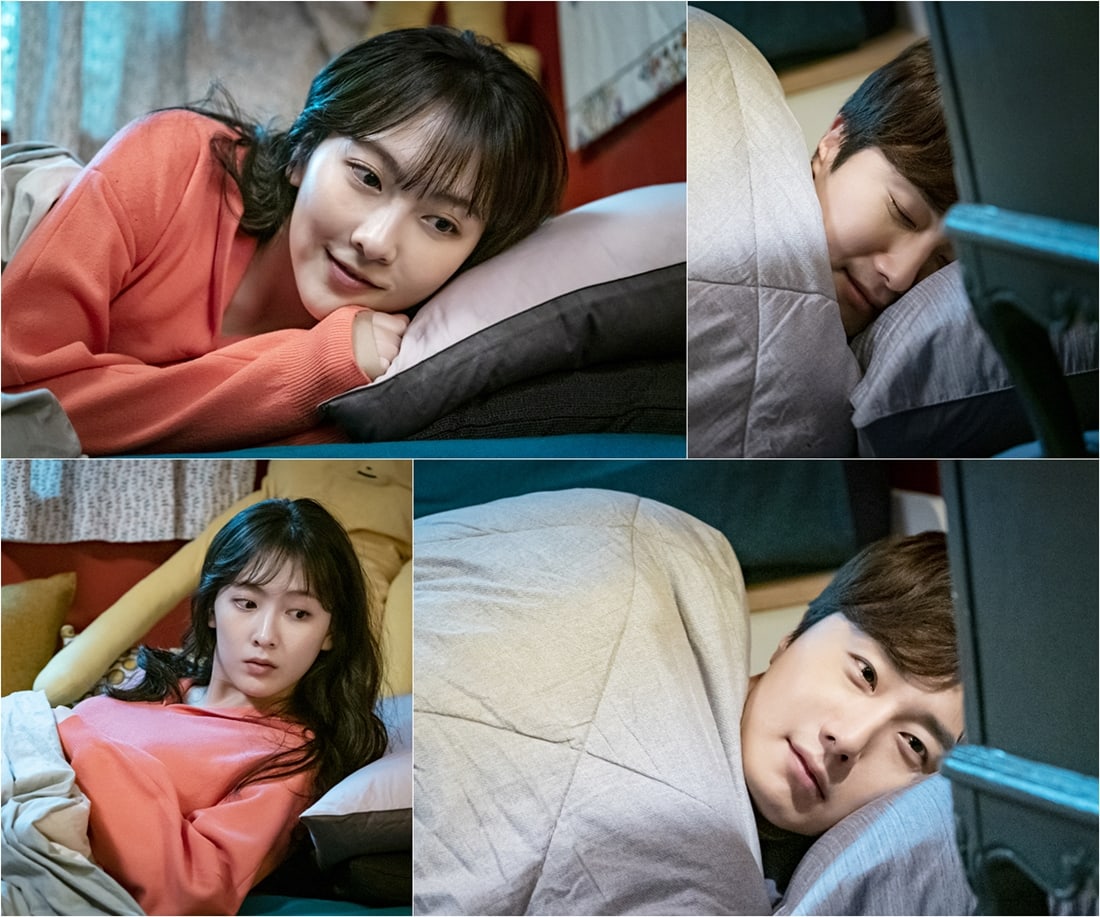 The production staff stated, “In the June 9 episode, Cupid’s arrows will go awry and the tangled love triangle full of affection and jealousy will begin in earnest.”