With the finale of “When My Love Blooms” around the corner, the 13th and 14th episodes leave little hope for a happy ending and plunges viewers into despair. While Yoon Ji Soo (Lee Bo Young) faces the brunt of Jang Seo Kyung’s (Park Si Yeon) harassment, Han Jae Hyun (Yoo Ji Tae) is preparing for a dirty fight with his father-in-law for Hyung Sung corporation. This week’s episodes fought dirty and here are the things we loved and hated about them.

Warning spoilers for the newest episode below.

Throughout the 13th episode, Ji Soo faces so much harassment from Seo Kyung that it almost makes you want to quit the drama. She has to face the demolition team on multiple occasions, she loses one of her piano students after her face is plastered in the newspapers, and her friend loses their job due to the affair as well.

While the show has established that Ji Soo can and will stand up for herself, they make her seem helpless until the very end of the episode where she boldly texts a threat to Seo Kyung. Ji Soo dolls herself up and marches into the hotel where Jae Hyun is staying. Then in the 14th episode, she serves Seo Kyung with a copy of the petition she plans to submit for wrongful termination. 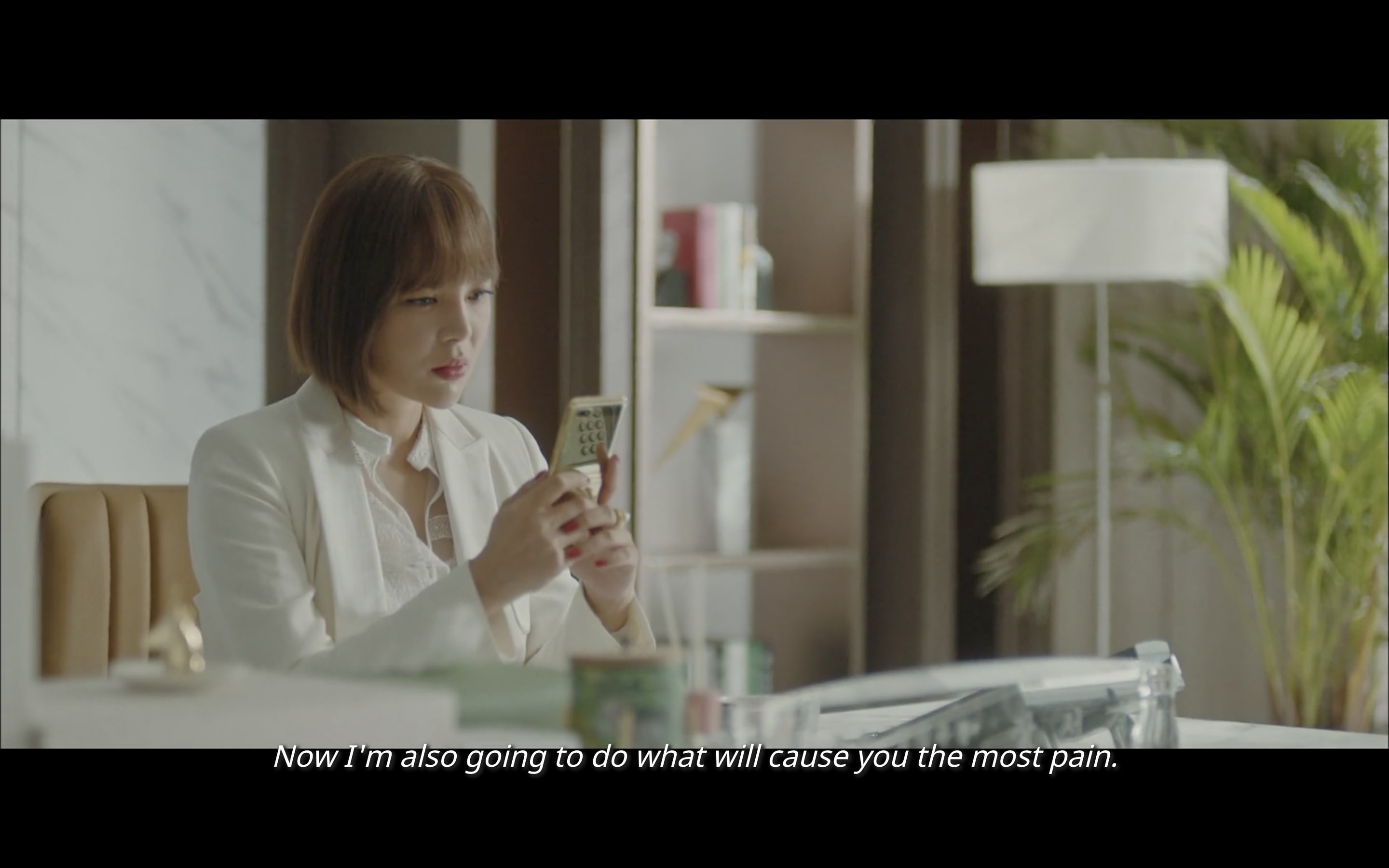 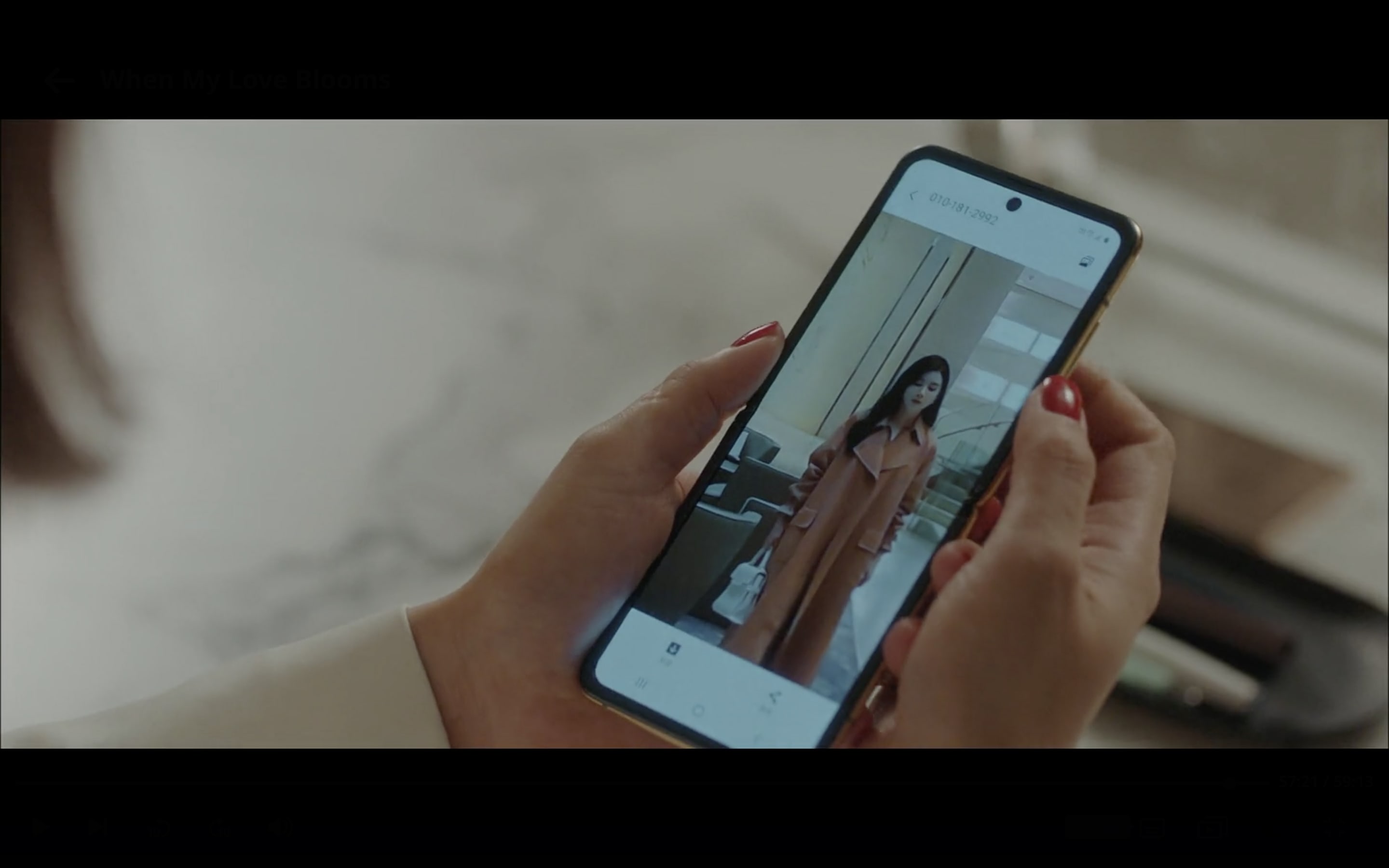 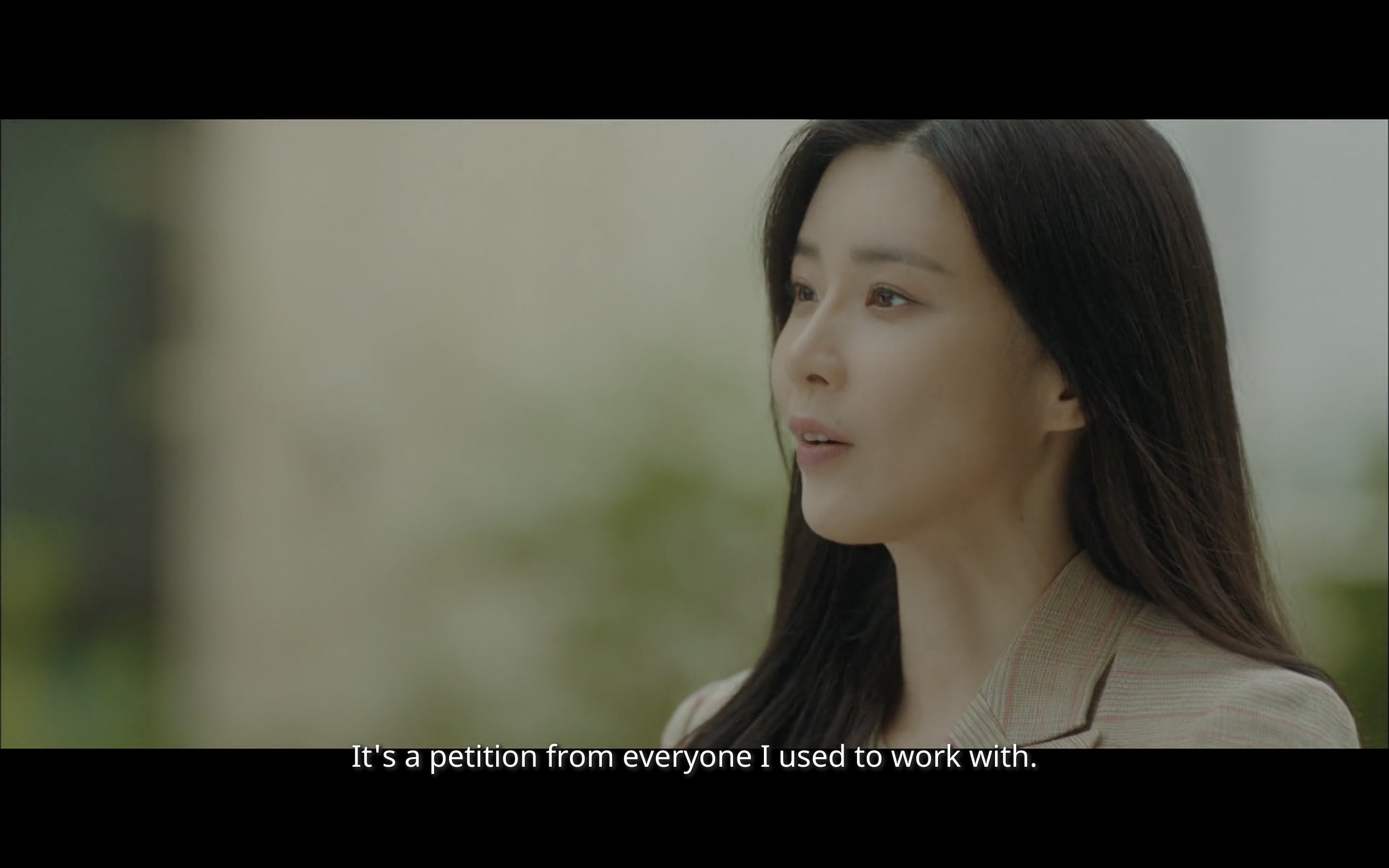 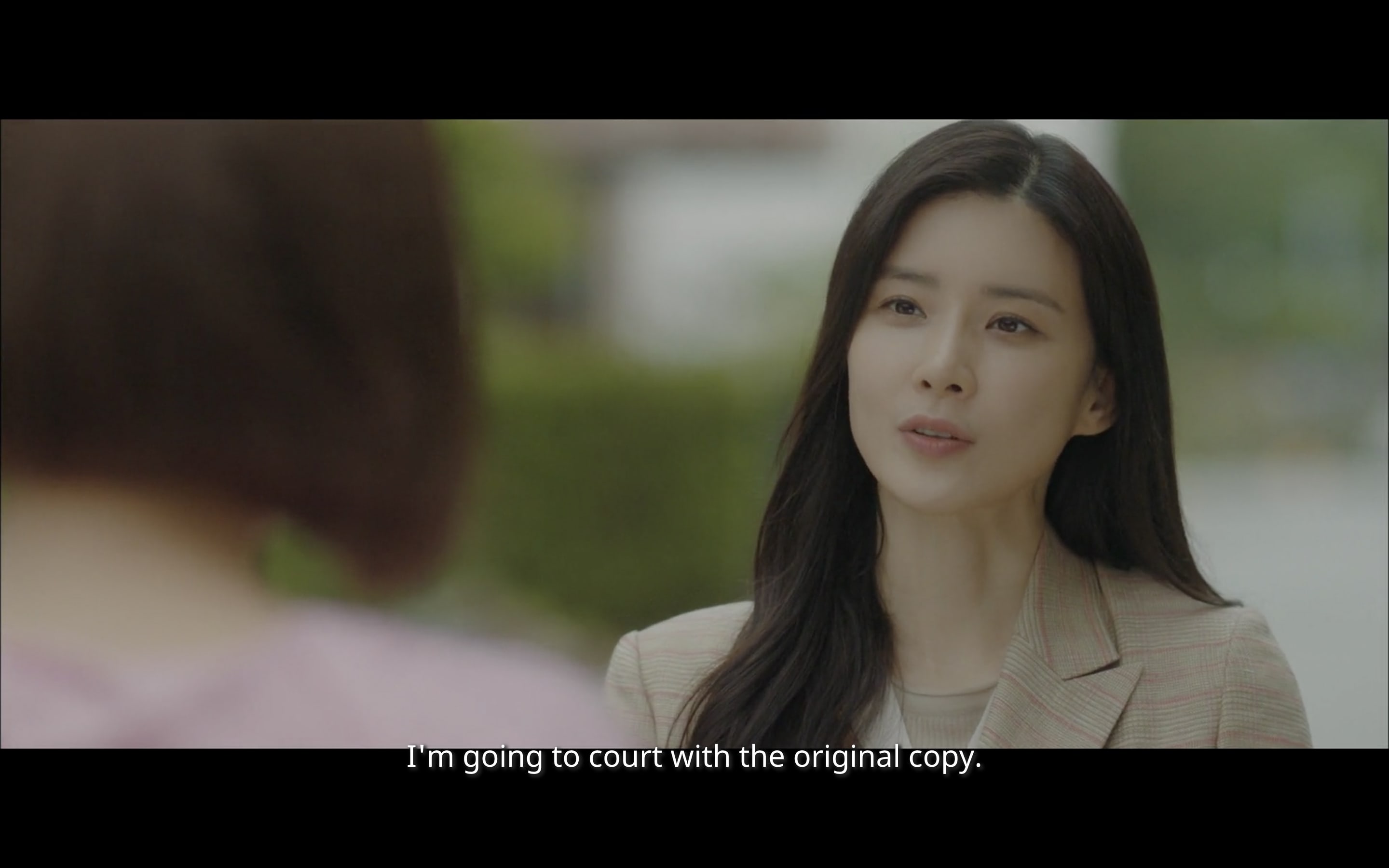 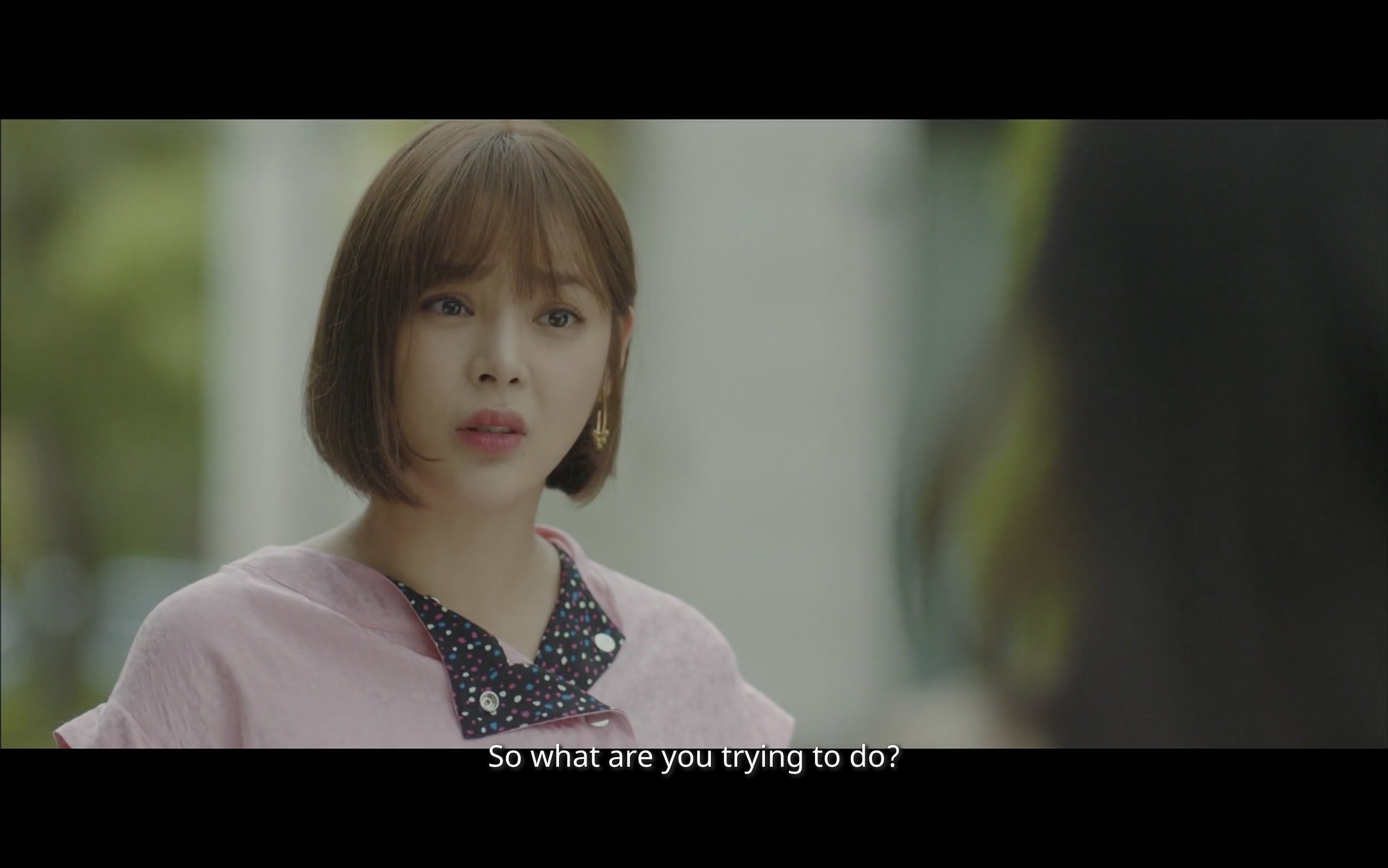 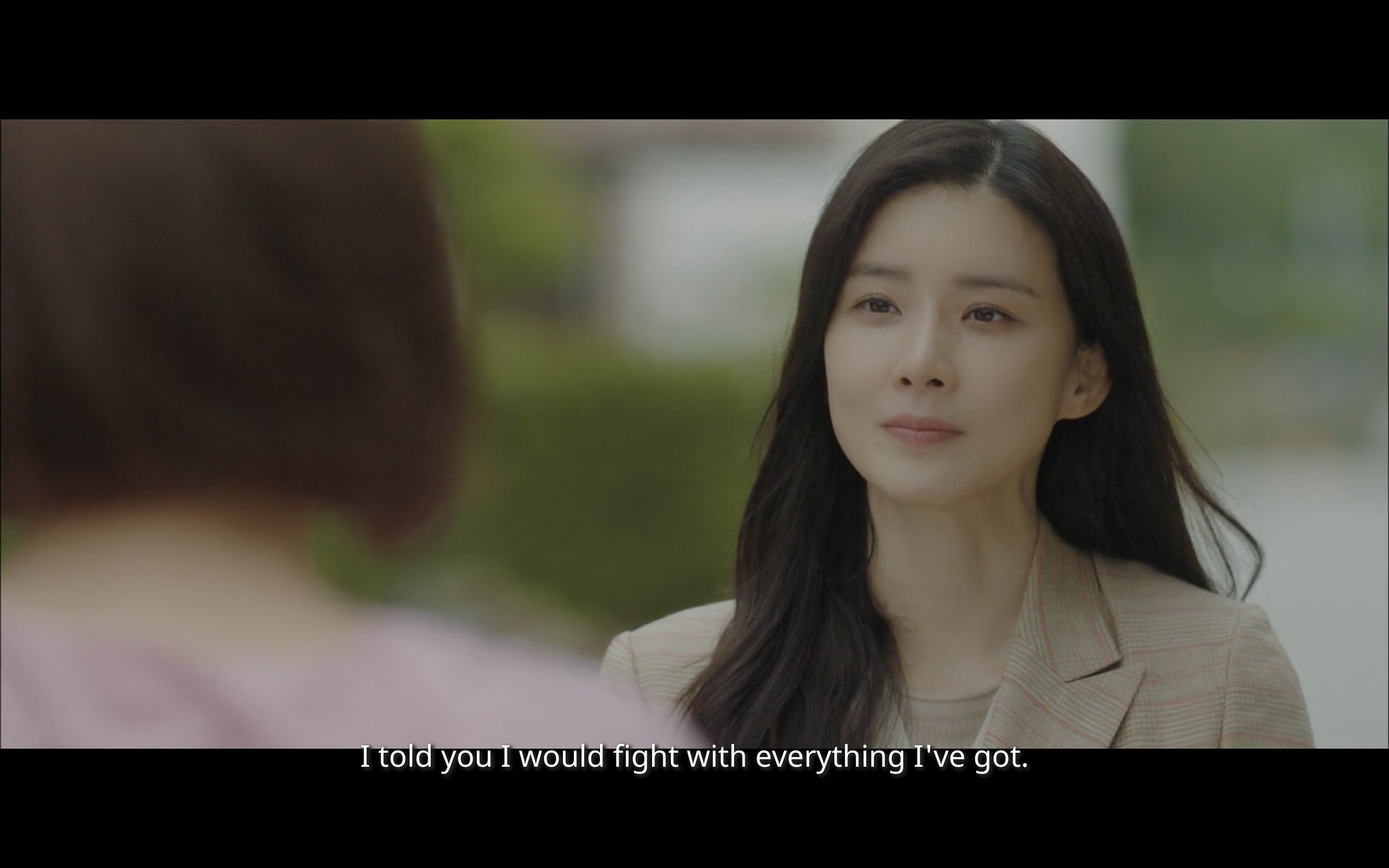 These scenes feel like a weight lifted off your chest because the show is finally giving Ji Soo some footing. While she has stood up for herself in the past, the harassment kept coming back to haunt her. This time it feels like she’s taking a final stand and you can tell that she’s yanking the reins away from Seo Kyung to protect the people she loves.

2. LOVED: Ji Soo and Young Min’s talk on the swings

It’s no secret that Ji Soo and Young Min’s (Ko Woo Rim) relationship is one of the driving forces of the show. Even more so than the romance, their relationship seems integral to Ji Soo’s character. Last week, the show had been hinting that Young Min would step out of the way so Ji Soo could get remarried. After Ji Soo finds out that this could be Young Min’s intention, she tells him that he shouldn’t have to sacrifice himself for her. 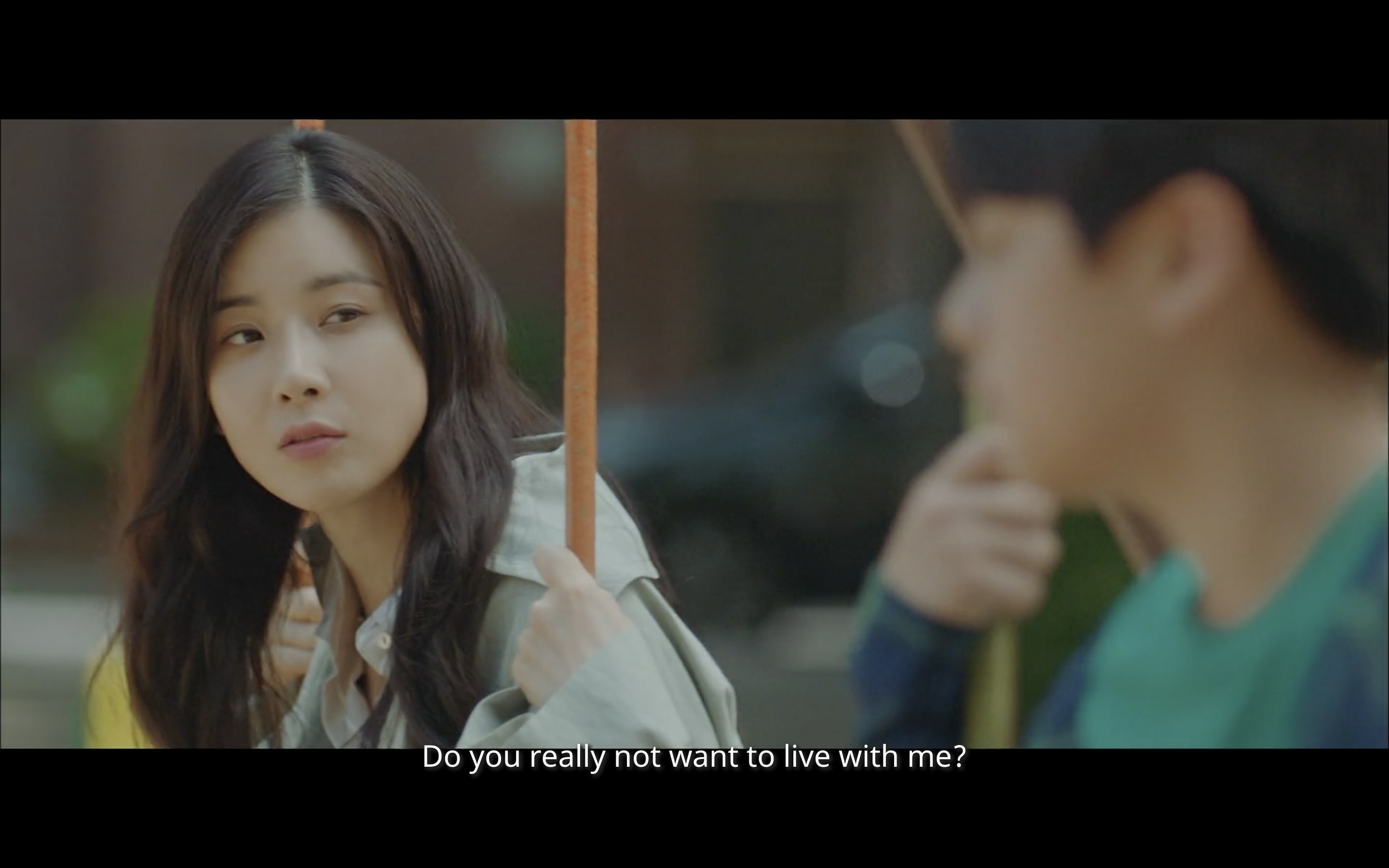 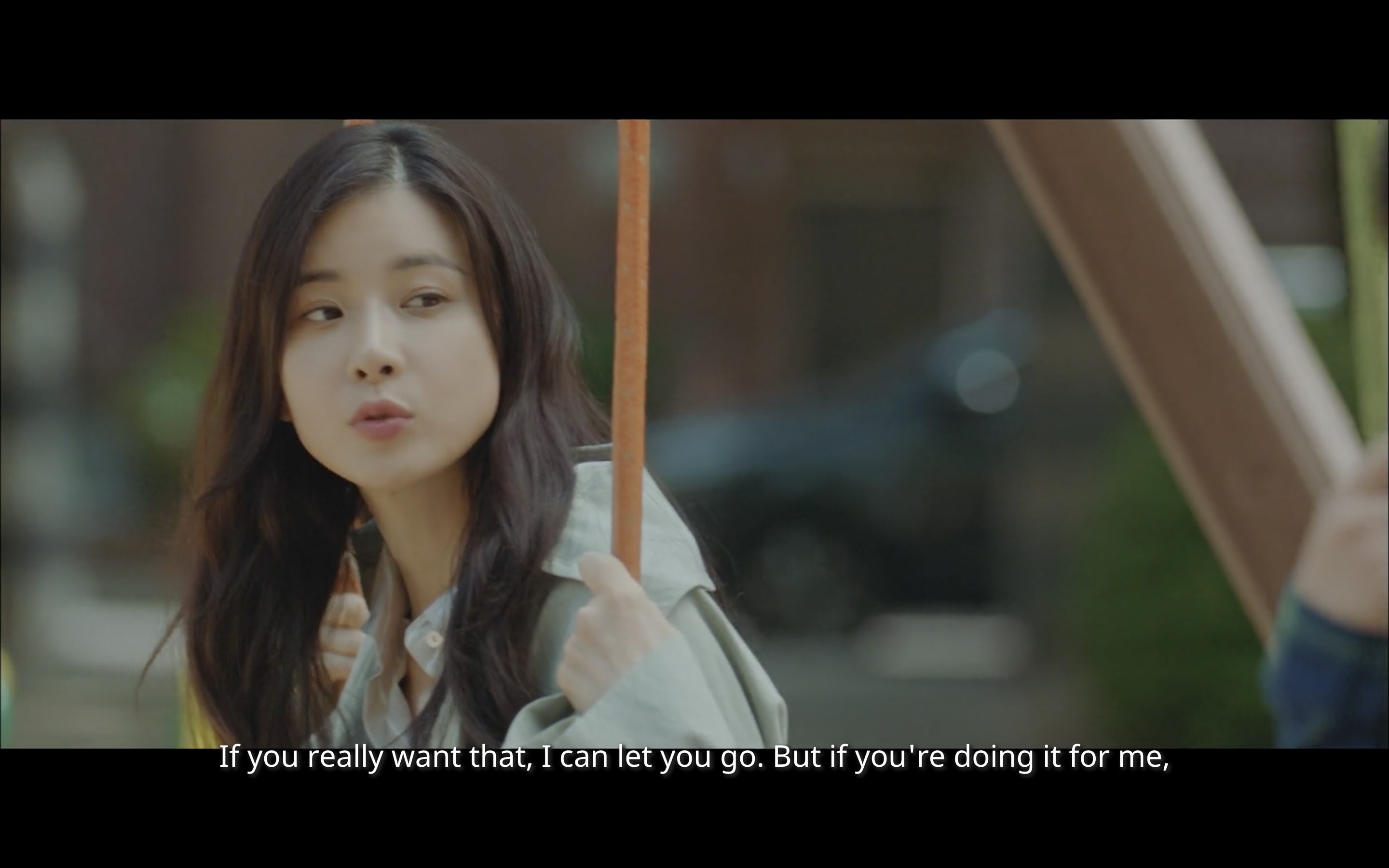 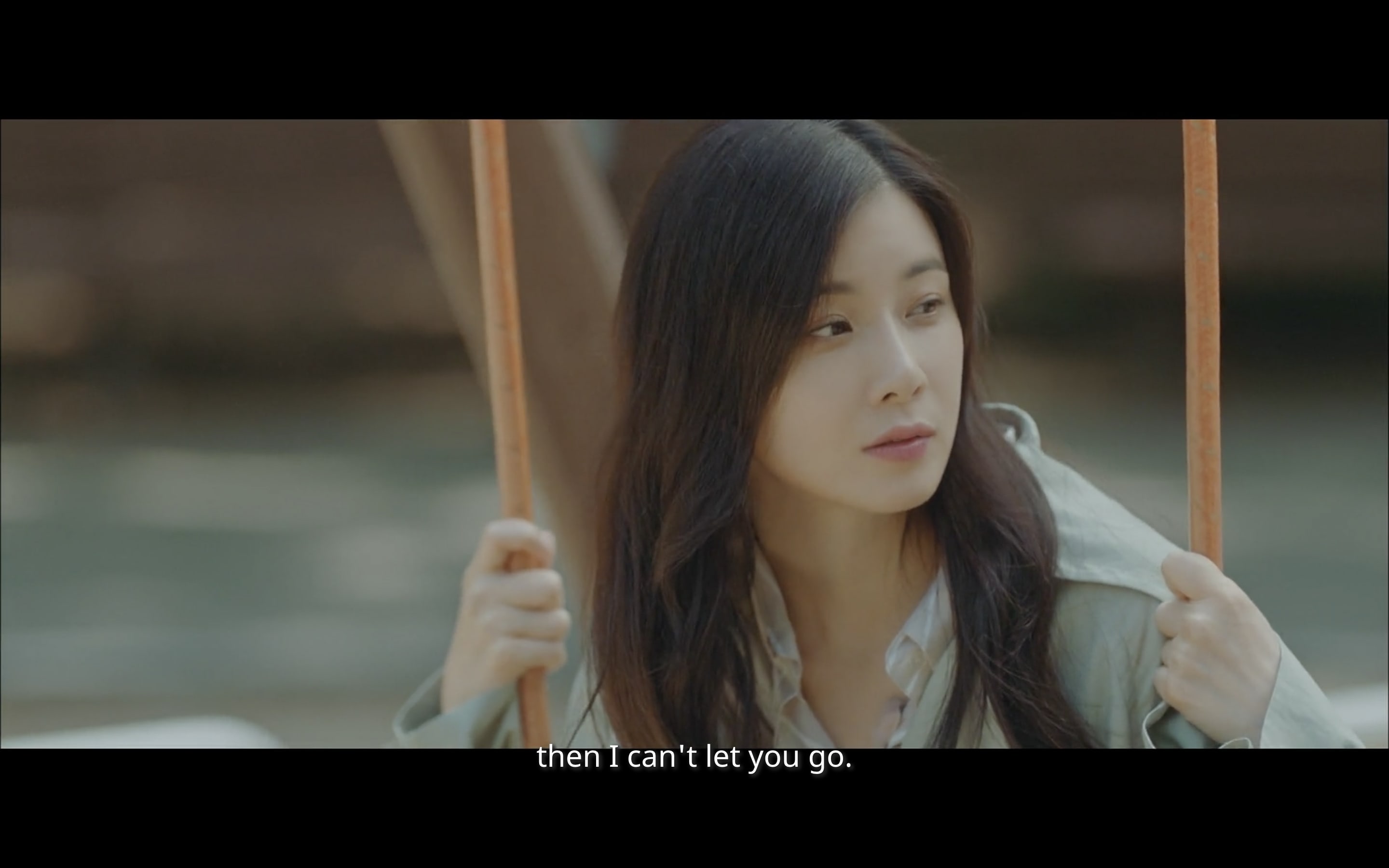 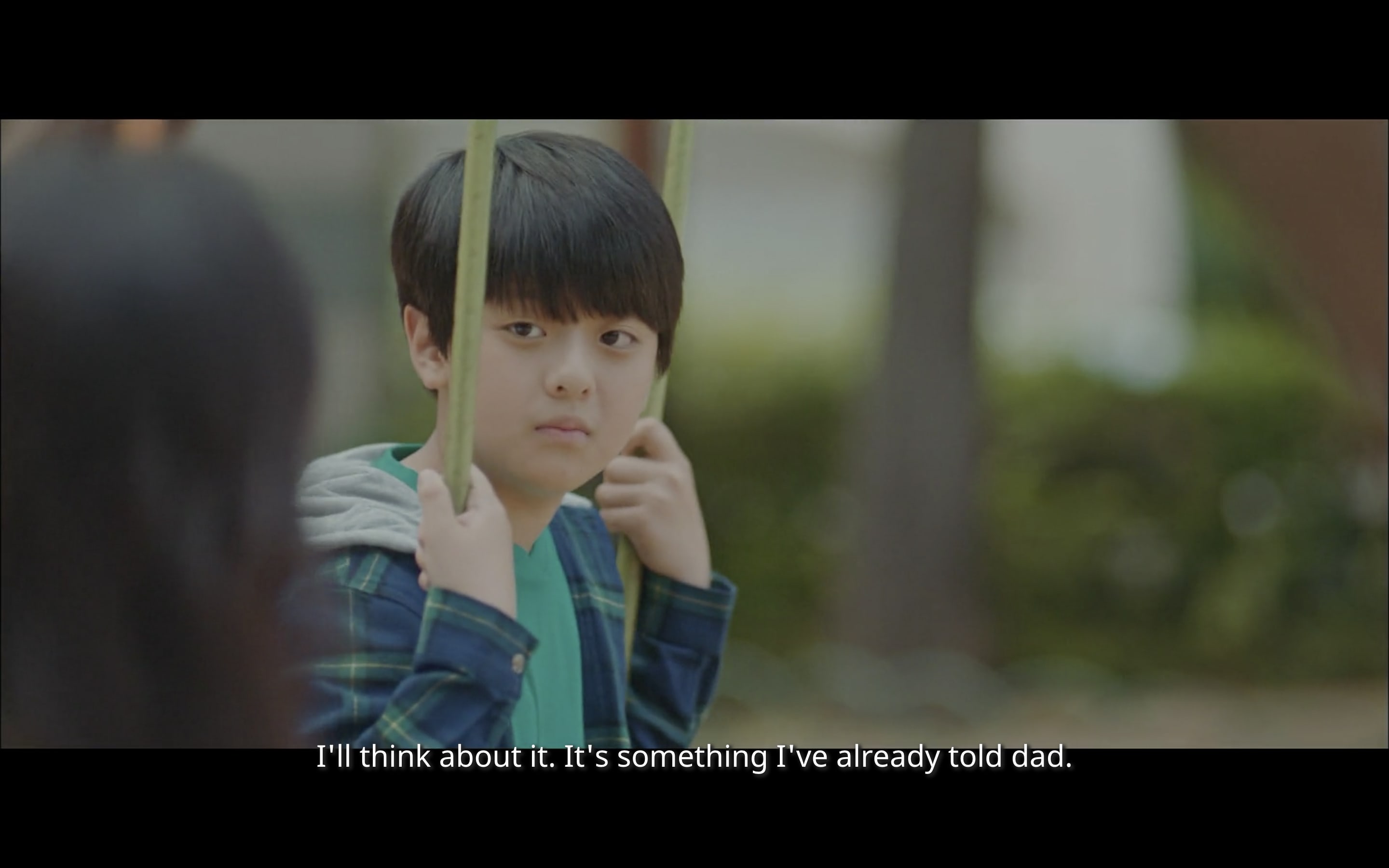 Was anyone else waiting for this conversation between them since last week’s episodes? No child should ever feel like they are an obstacle to their parent’s happy ending, especially Young Min. The show has clearly established that Ji Soo is a loving mother and that the two of them are a package deal. Ji Soo would not go anywhere without her son and it was uncomfortable to see the narrative promote the idea that in order for her to be happy with Jae Hyun, Young Min has to go away. This was a much-needed conversation and hopefully, the show follows through with it and Young Min and Ji Soo are together at the end of the finale.

While Ji Soo and Jae Hyun’s love story is one for the storybooks, their break up felt much needed. After discussing her friend’s wrongful termination with Jae Hyun, Jae Hyun admits that there’s not much he can do to help as it would derail his revenge plans. Ji Soo admits that while she will always love him she cannot stand beside him, as what he’s doing isn’t right. 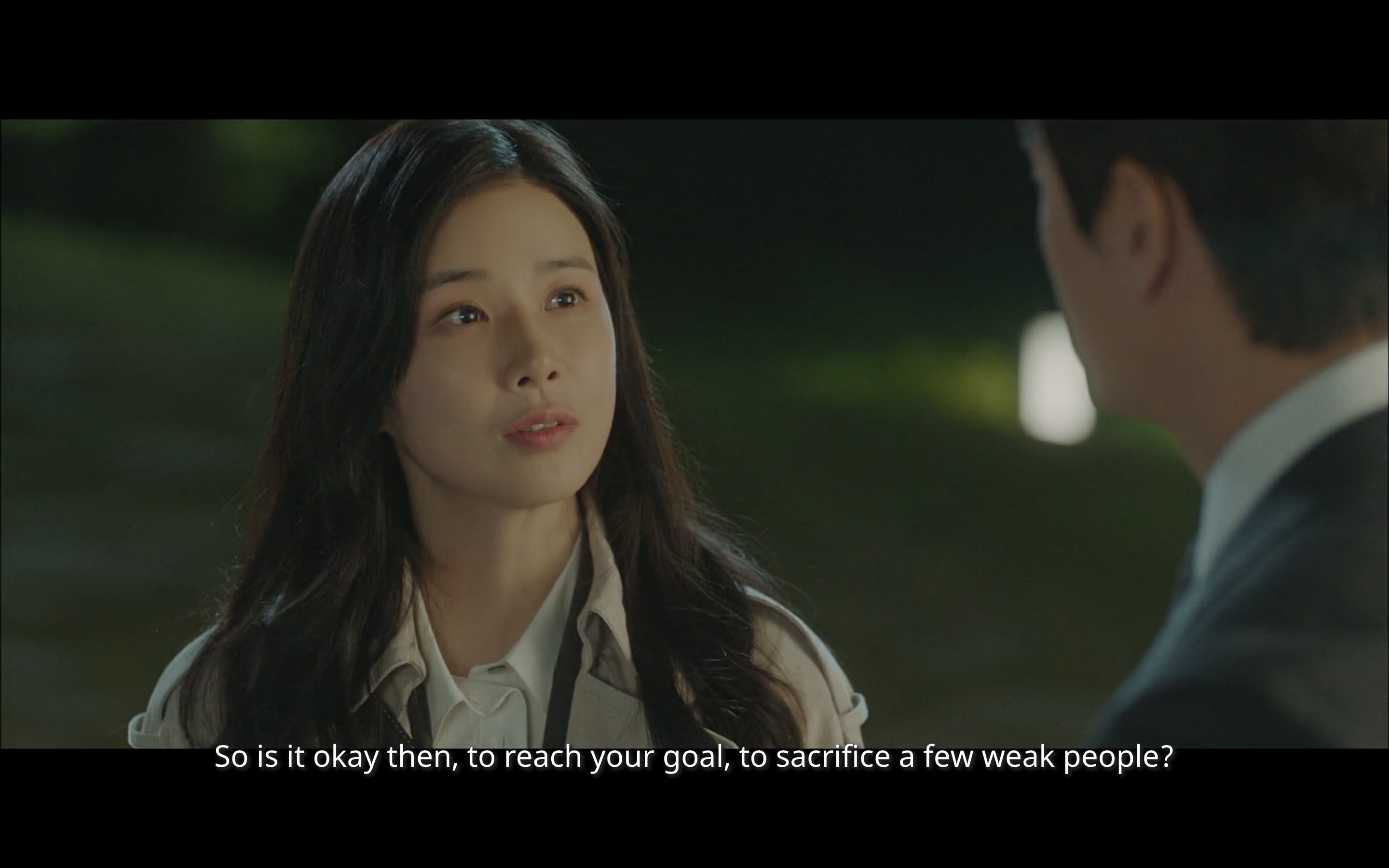 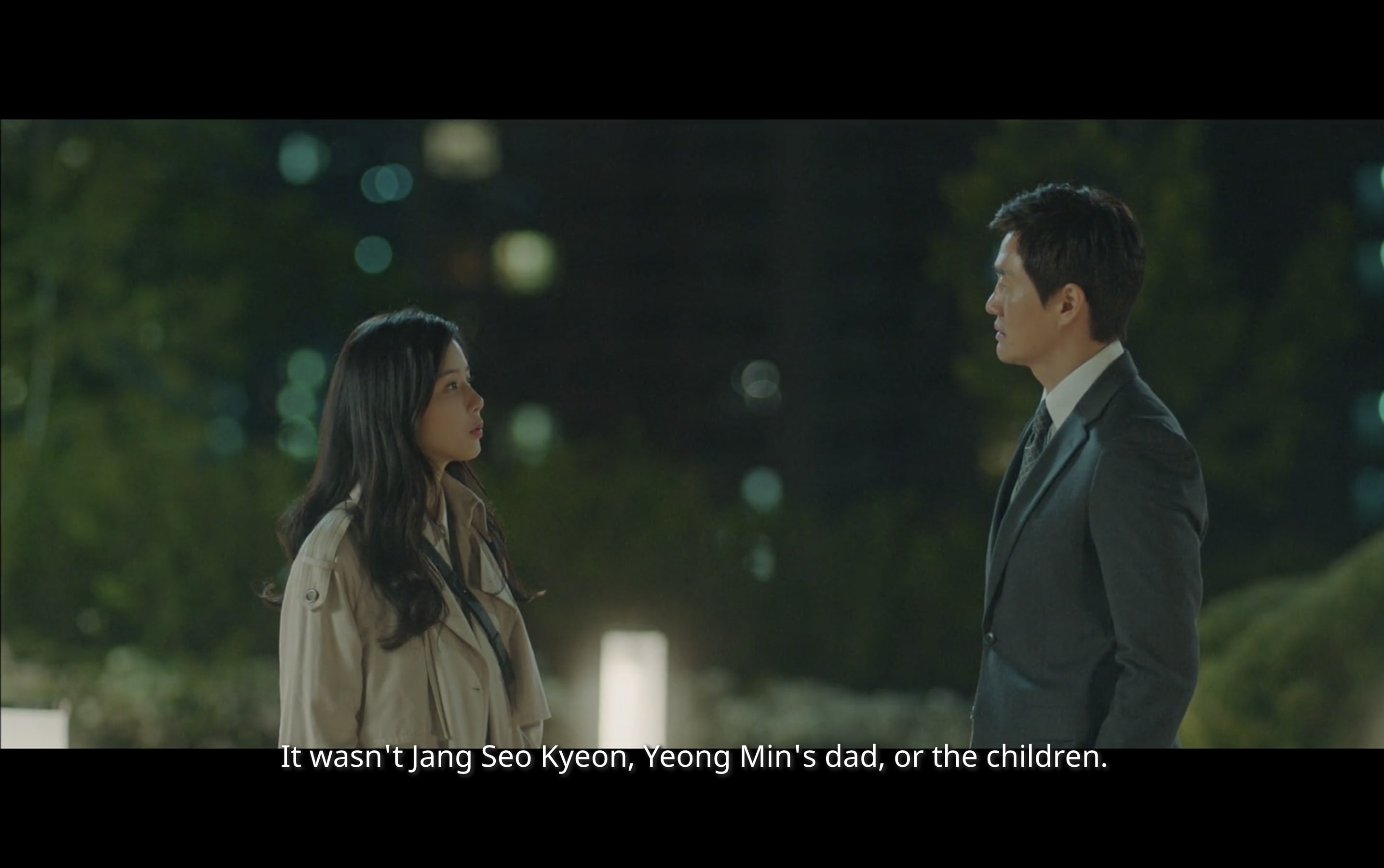 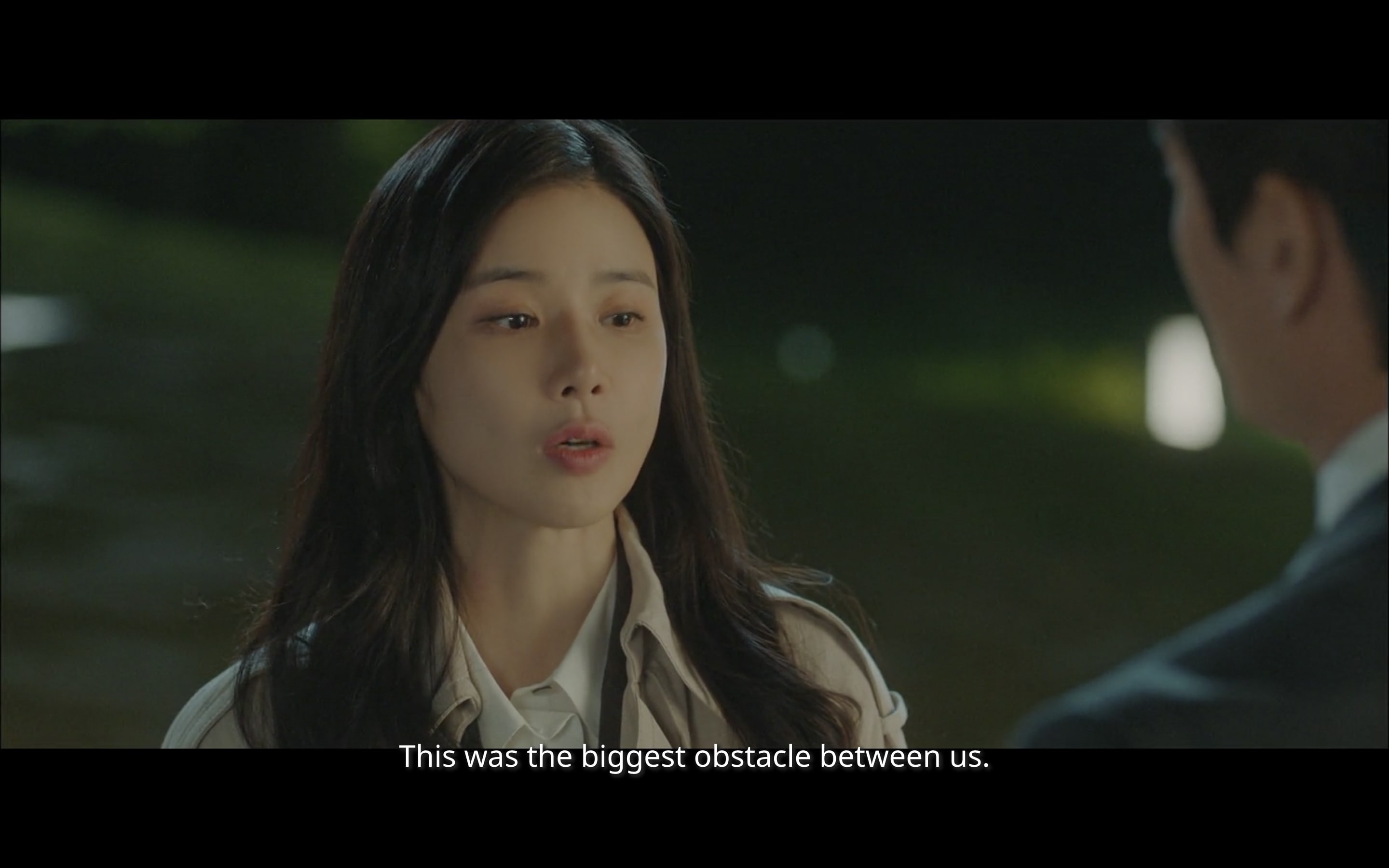 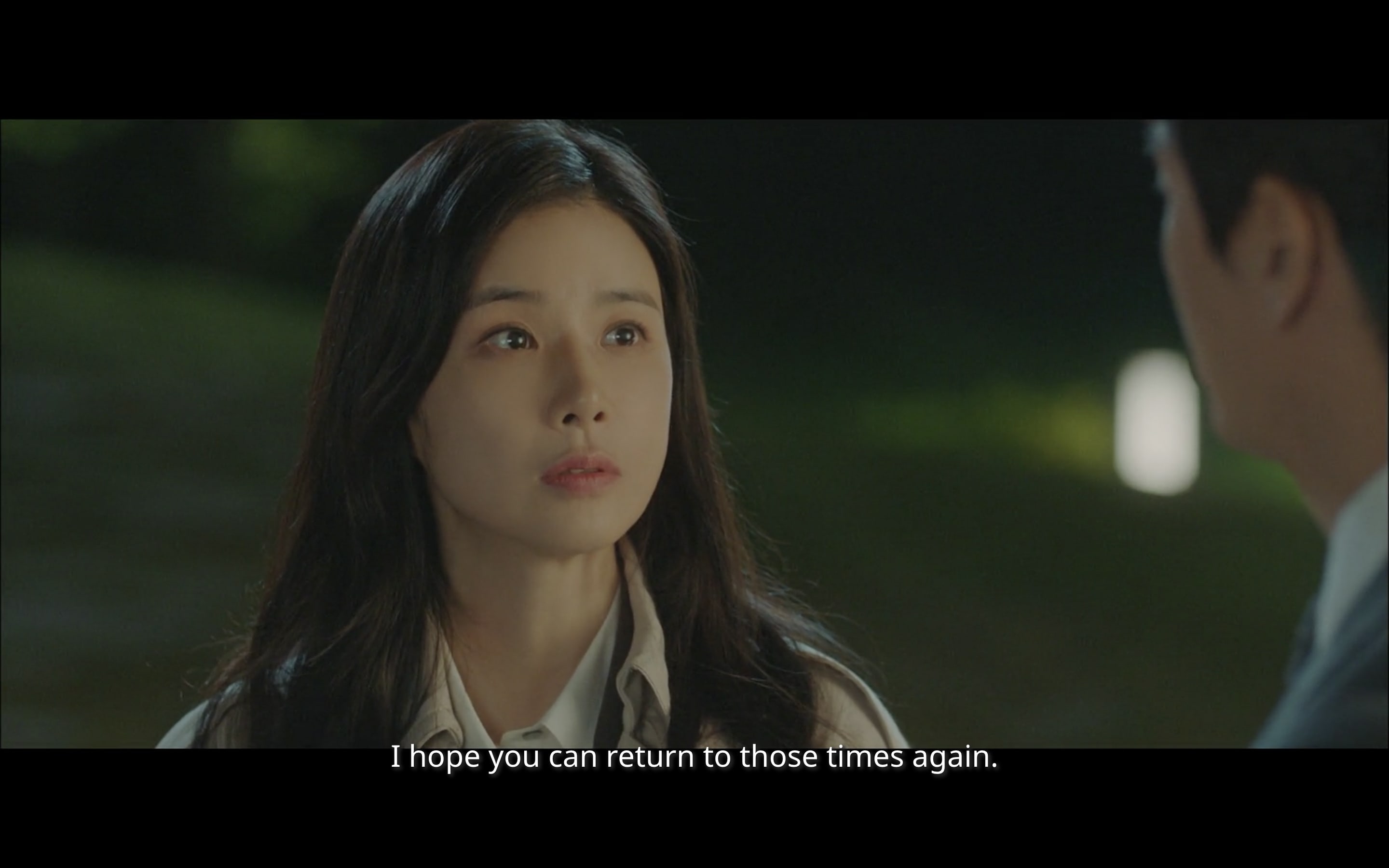 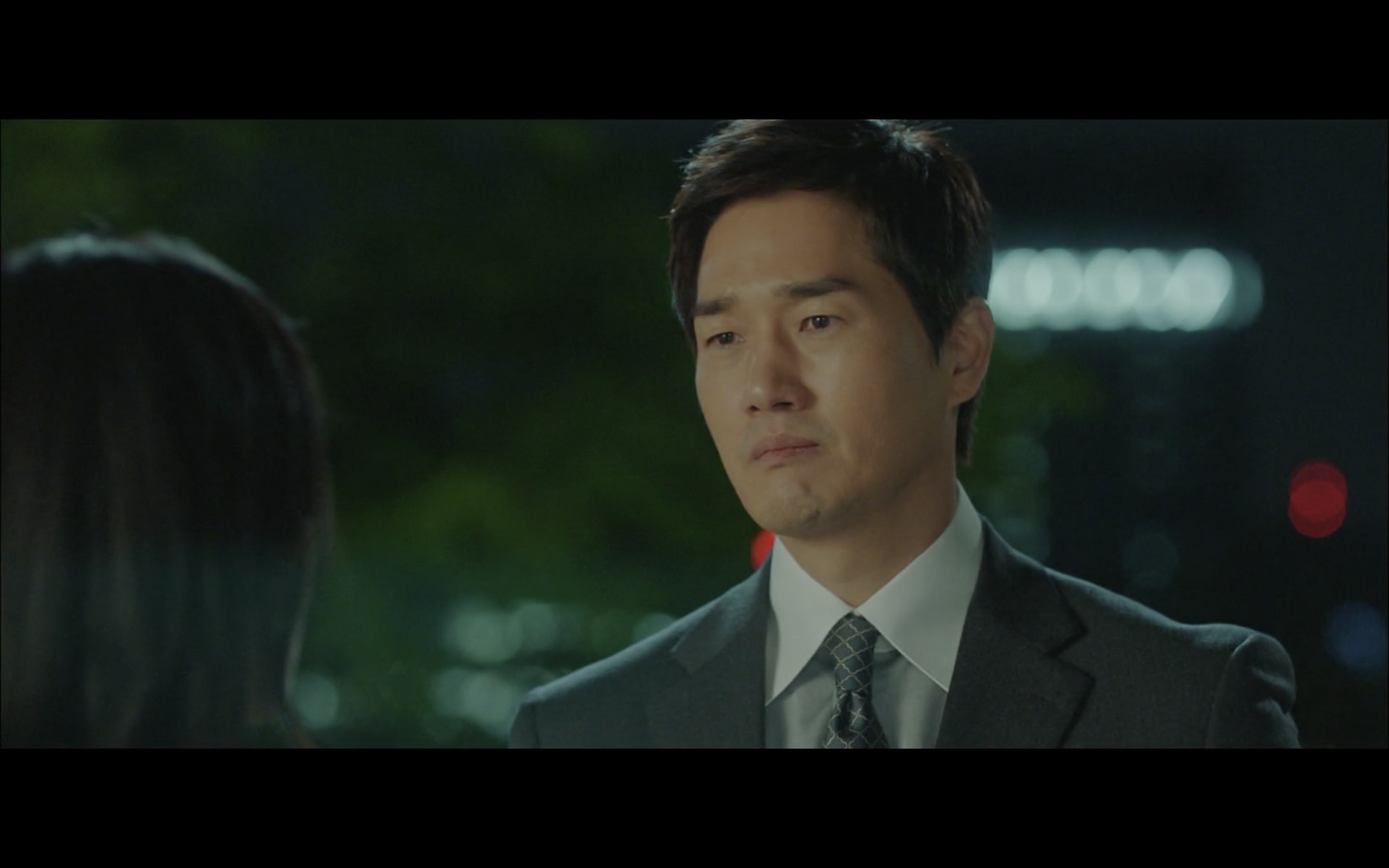 Usually, breakups this close to the finale seem futile and pointless in K-dramas but this one made sense. Throughout the drama, Jae Hyun has constantly promised that he’s going to find his way back to his younger self, but there were seeds of doubt. Until this episode, there hadn’t been much of an explanation as to why he’d continue on with the company after getting his revenge. If he’s to truly return to his old self, wouldn’t he right the wrongs and then make a different life for himself? When he tells Ji Soo he can’t help and that the company is his reward, it feels like he wants to have his cake and eat it too. Ji Soo has never been portrayed as someone who would bend their morals so her decision to part with Jae Hyun makes sense. It doesn’t make the break up feel desolate, rather, it makes it feel right.

The final puzzle pieces of the case made against Jae Hyun’s father finally come together this week when Jae Hyun meets with the original prosecutor on the case, Choi Jae Hyuk (Nam Moon Chul). Jae Hyuk admits that all of Jae Hyun’s father’s evidence lead to Hyung Sung, but his higher-ups wanted him to cover it up. He also expresses that this particular case weighed on his heart over the years and Jae Hyun promises that his justice will finally be delivered at last. 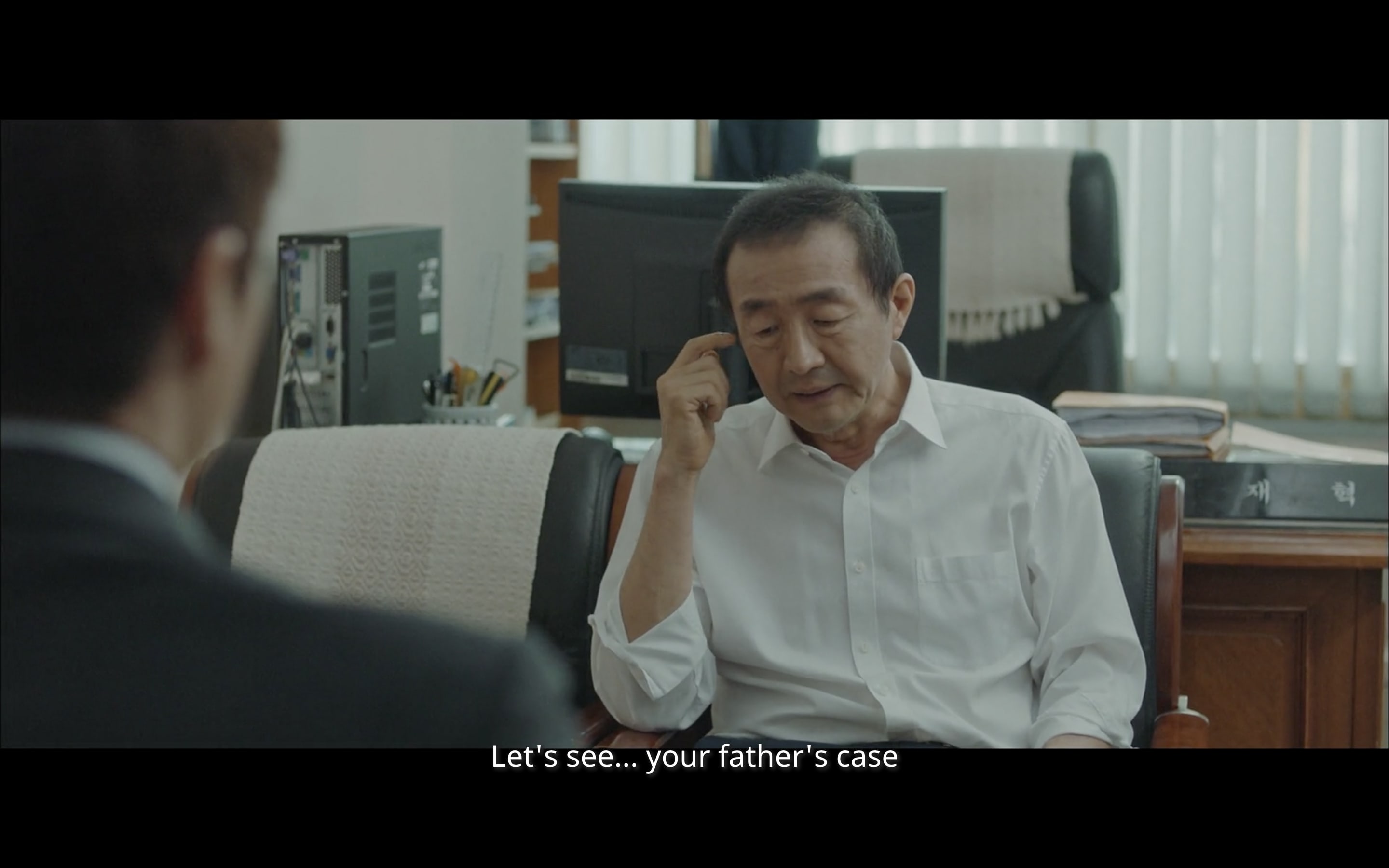 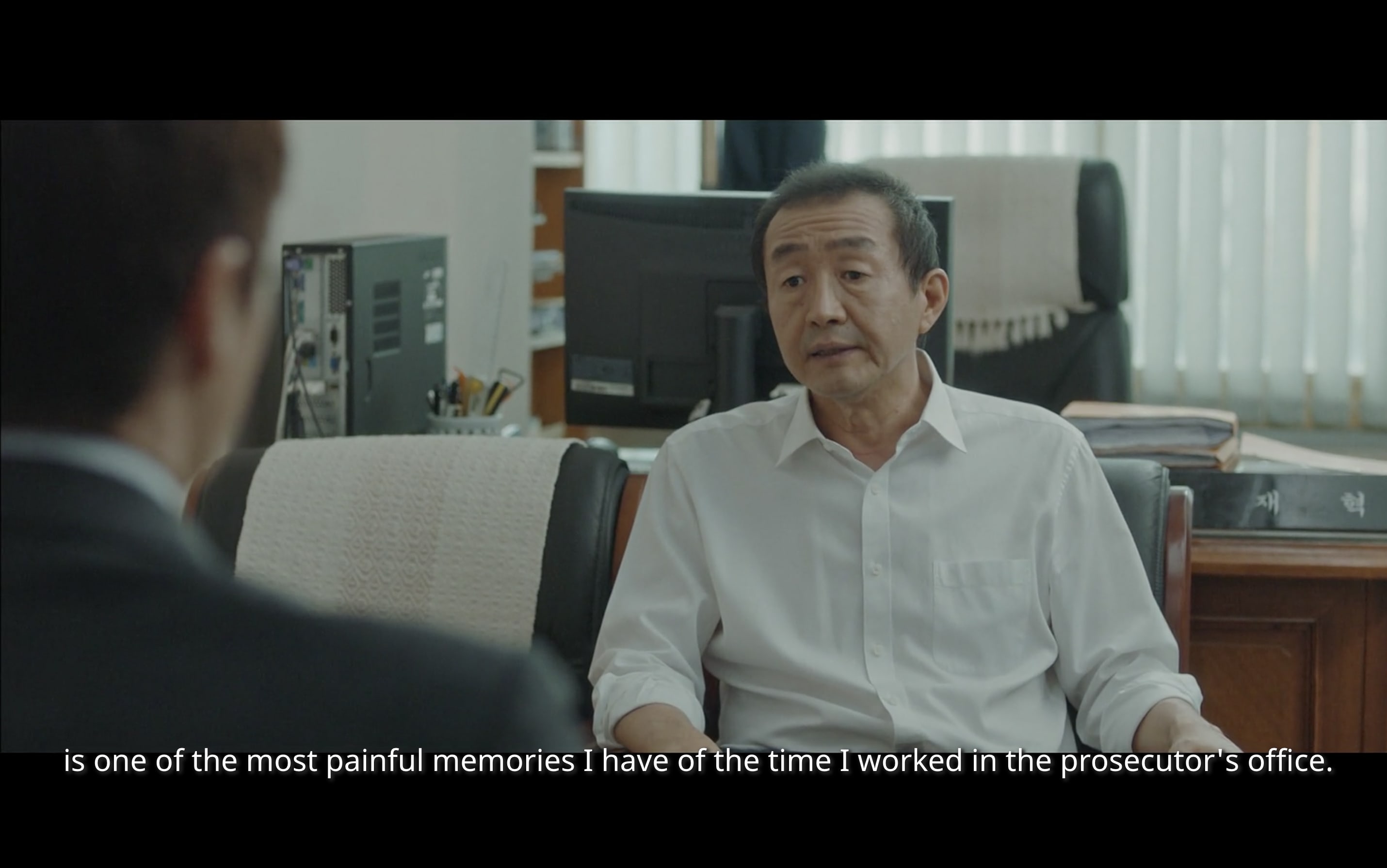 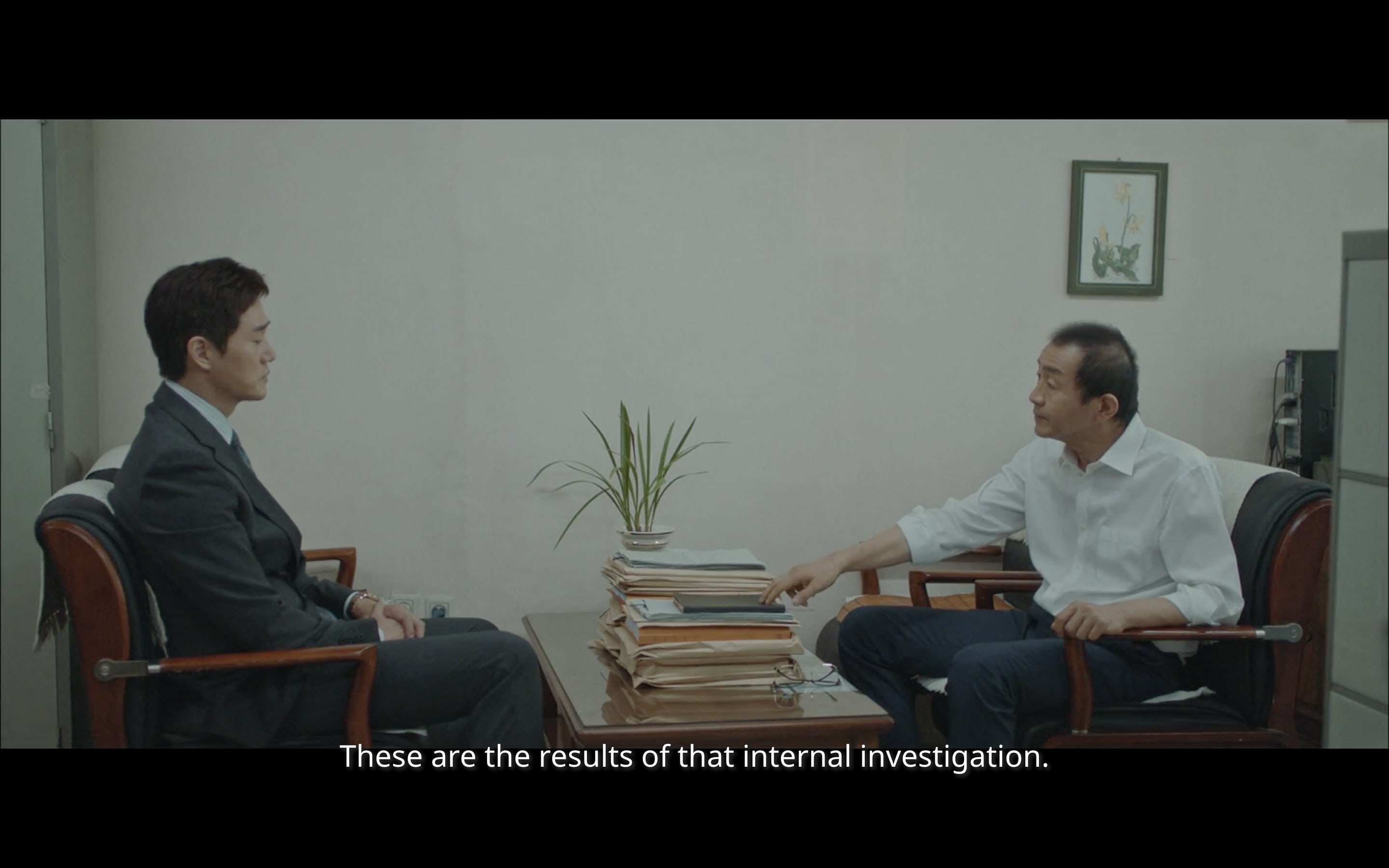 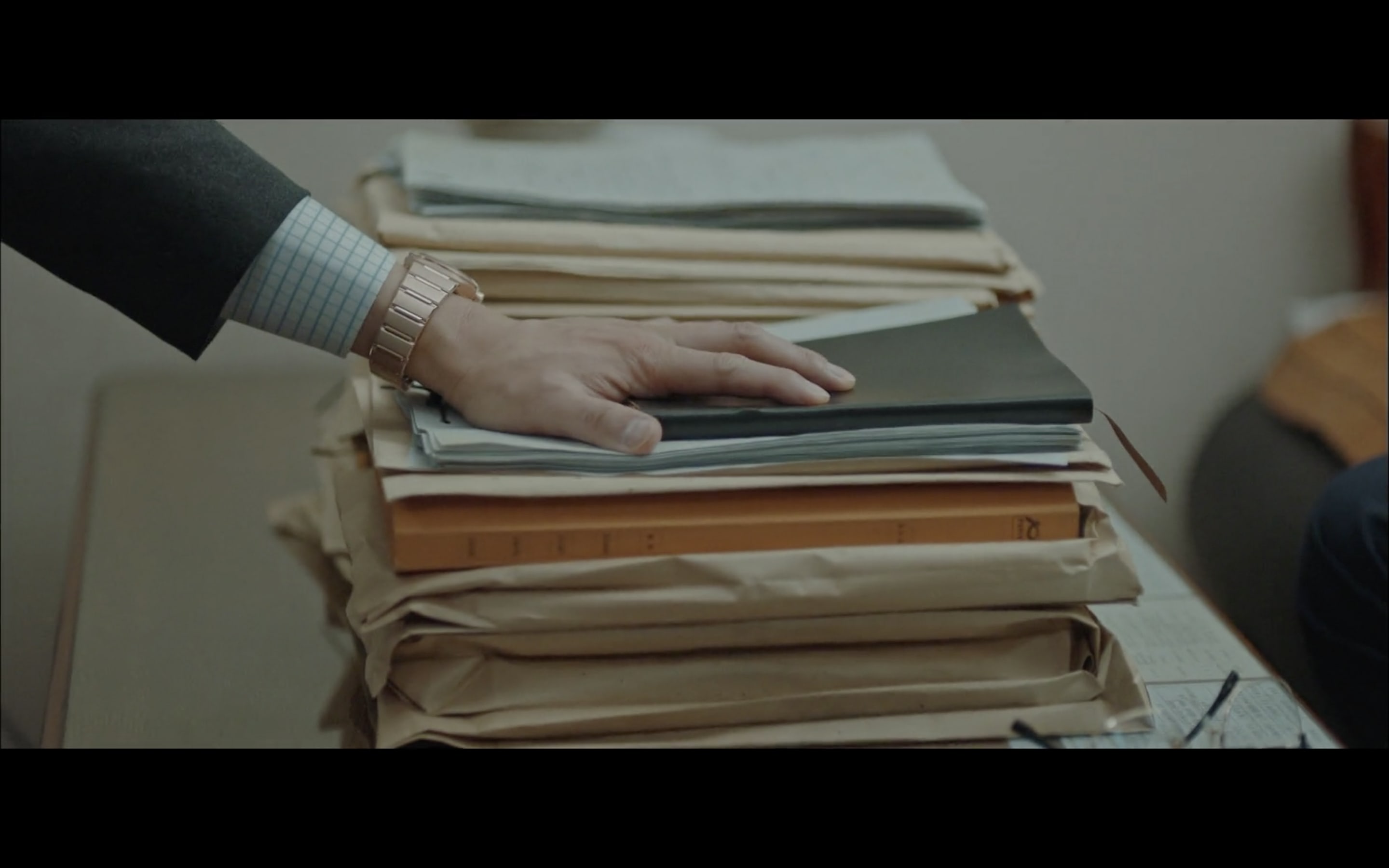 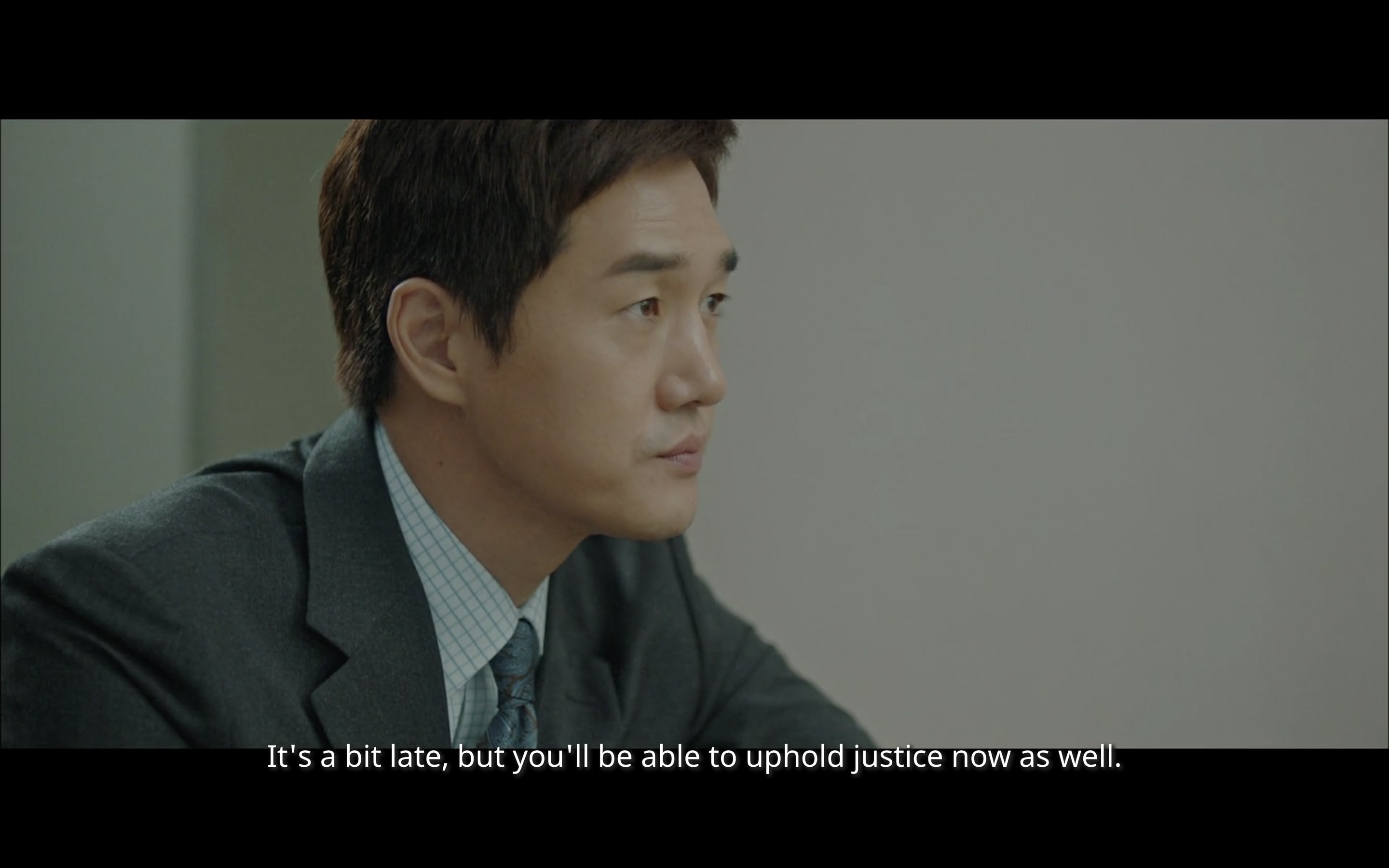 This scene is really enjoyable because it seems like Jae Hyun’s pieces are all starting to fit together. While he already has a plan constructed to take over the company, it’s nice to see him investigate and find definitive proof of the foul play in his father’s case. His bold proclamation that justice will be served as he puts his hand over the files reconciles himself with his younger-self and you can tell that he’s all-in.

Although Jae Hyun getting stabbed is definitely a great cliffhanger to end on before the finale week, it is heartbreaking to watch. Fueled by his grief, the old man (Hong Suk Yeon) who used to protest outside of Hyung Sung for his late son attacks Jae Hyun. The heartbreak doubles as it happens alongside Ji Soo arriving to meet with Jae Hyun, presumably to reconcile. From the rose petals fluttering down to the ground to Ji Soo’s crying over Jae Hyun, this scene is downright agonizing. 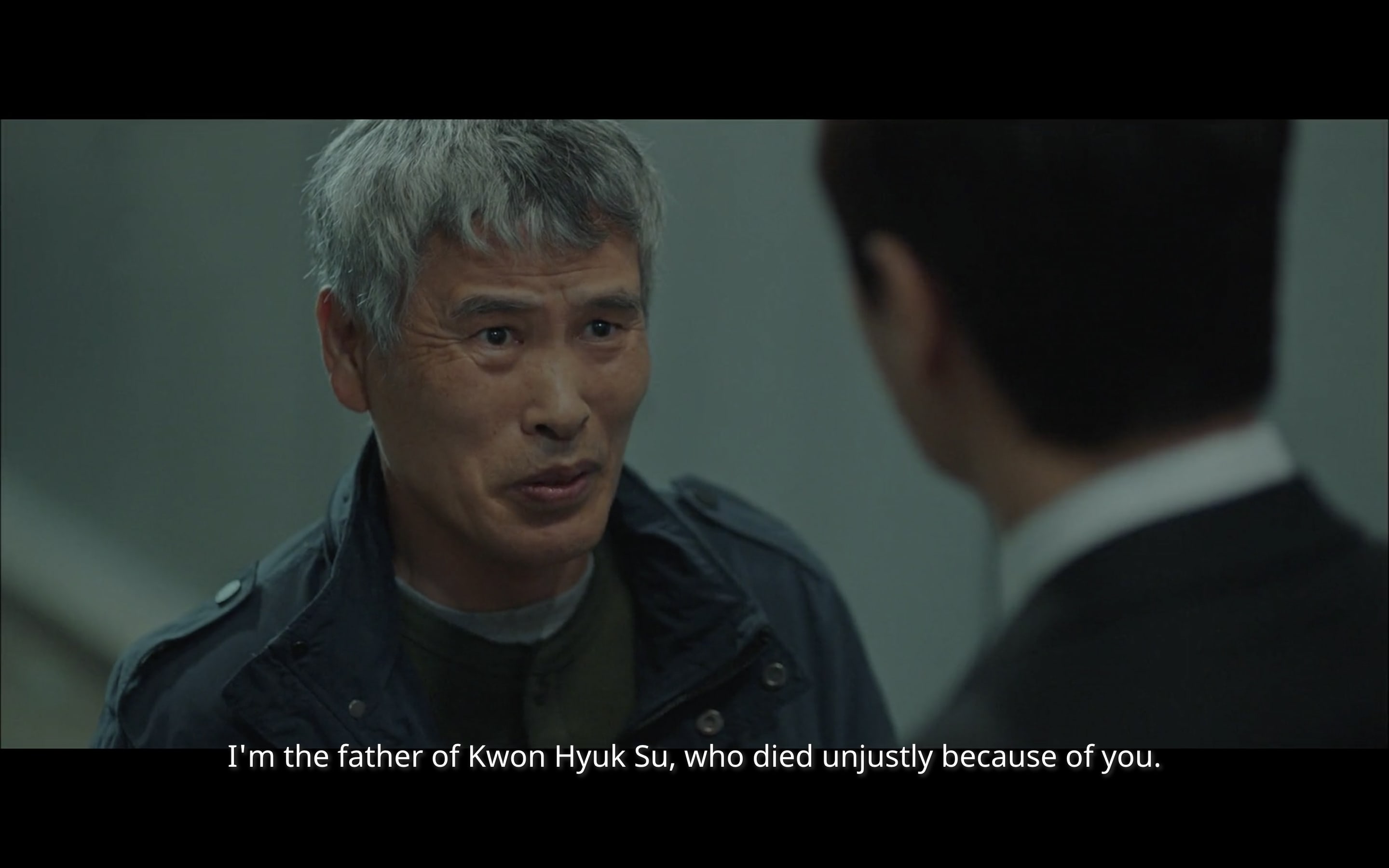 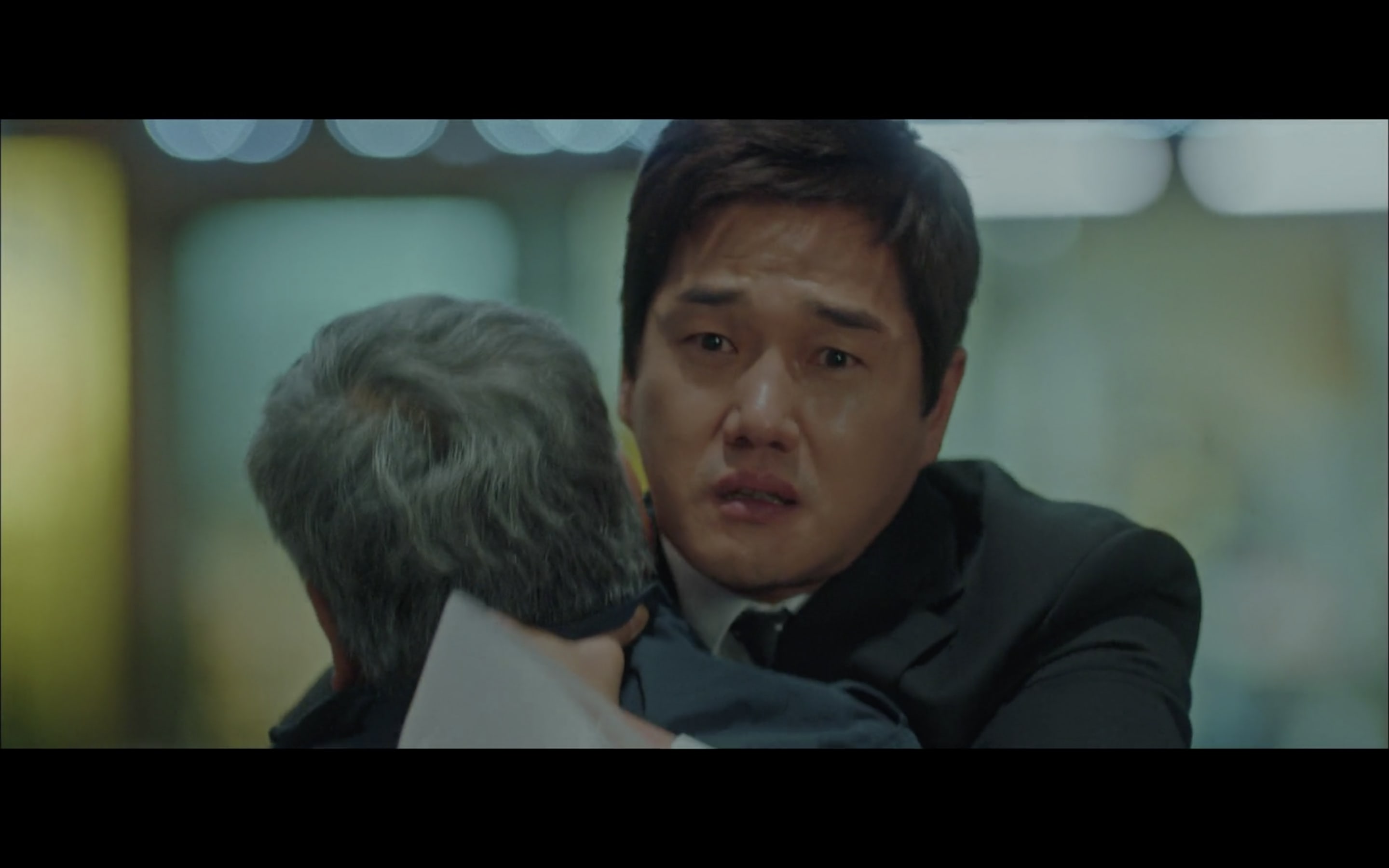 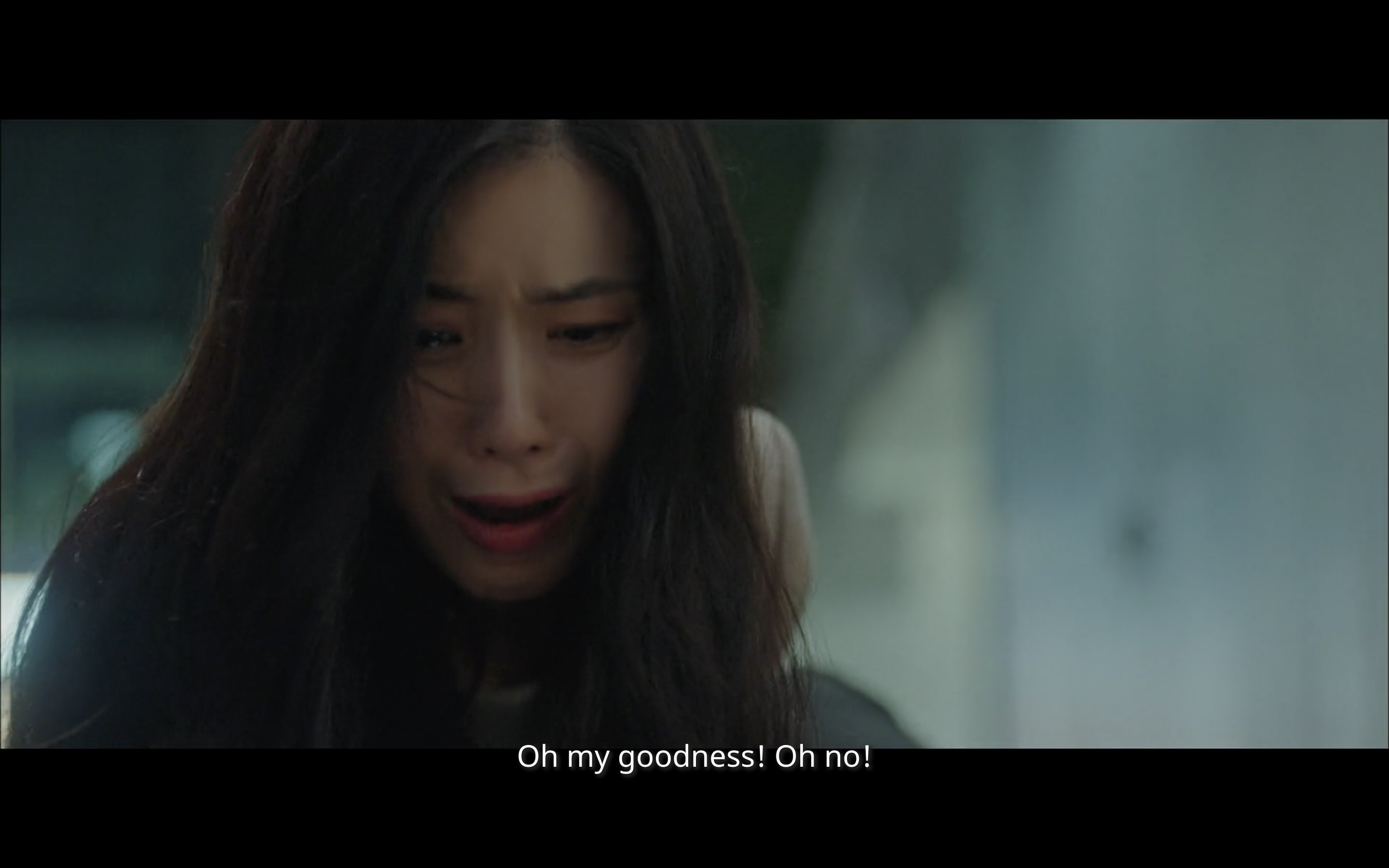 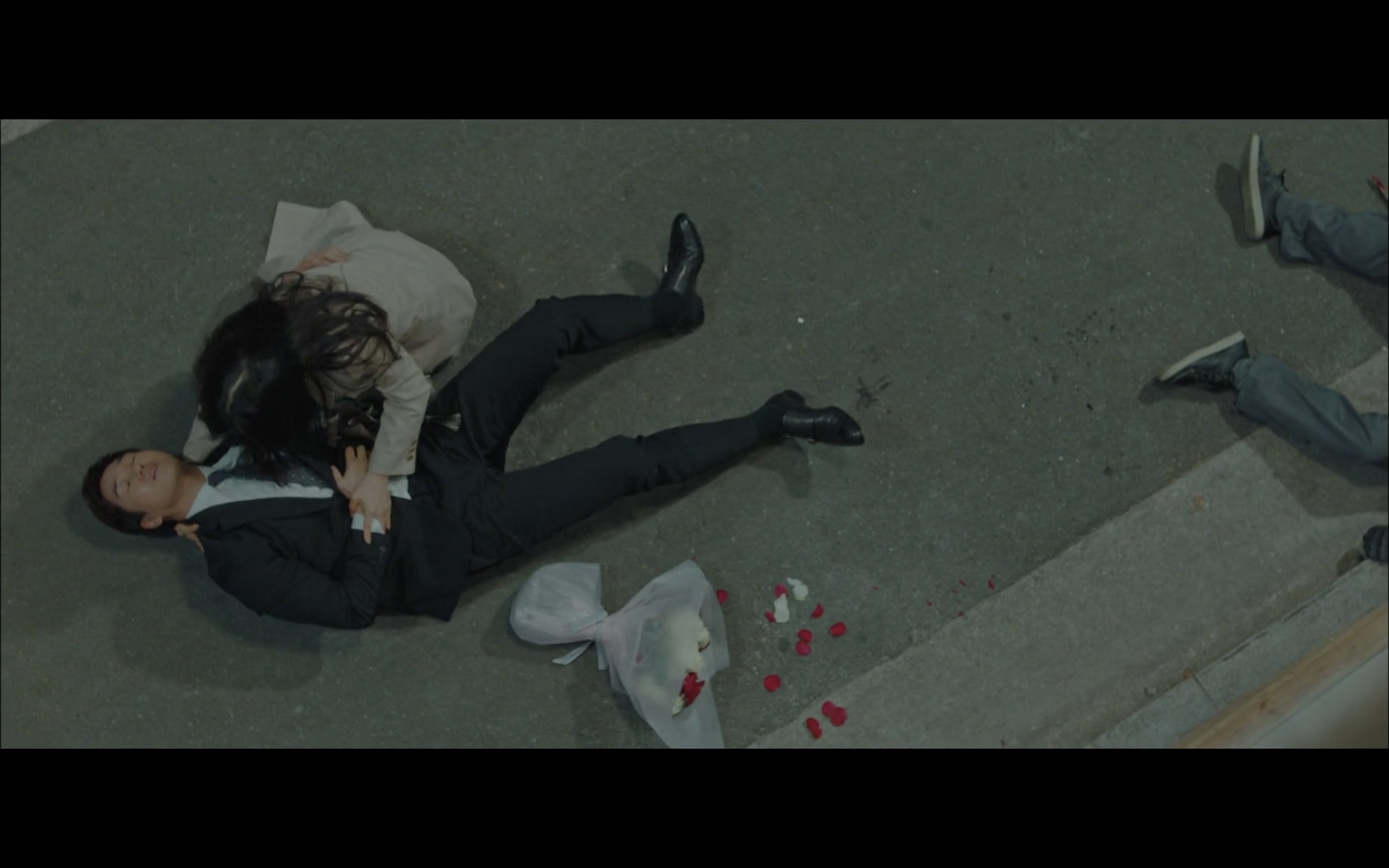 Even though this will probably lead to some fantastic hospital bed-side scenes next week, this scene has an extra layer of irritation when you think of Lee Se Hoon’s (Kim Young Hoon) role in it. In his pursuit to make Ji Soo and Jae Hyun’s lives miserable, his framing of Jae Hyun as the one responsible definitely took part in the old man’s actions. So, not only did he ruin Ji Soo and Jae Hyun’s lives, but he also ruins the rest of the old man’s life. The old man deserves to get justice for his son and find peace. But instead of helping him find it, Se Hoon preyed on the old man’s grief for his own selfish desires.

While one can assume that since Jae Hyun is the main character his chances of dying are slim, there really isn’t any assurance that he won’t die either. With any luck, he will survive and correct the wrongs of the past in the final two episodes.

Catch this week’s episodes of “When My Love Blooms”:

Hey Soompiers, what did you think about the latest episodes? What do you think will happen in the finale? Let us know in the comments below!

Currently watching: “When My Love Blooms”
All-time favorite: “Strong Woman Do Bong Soon,”
Looking forward to: “So I Married an Anti-Fan,” “It’s Okay to Not Be Okay,” “Flower of Evil“