Lee Joo Young On How She Started Acting, Gaining Popularity Through “Itaewon Class,” And Her New Film “Baseball Girl”

On June 10, Lee Joo Young sat down with the press for an interview regarding her upcoming film “Baseball Girl”!

Lee Joo Young stars in the movie as Joo Soo In, the only female player on a high school baseball team. Armed with incredible pitching skills, she faces the odds in order to become a professional baseball player after graduating.

The movie comes following Lee Joo Young’s breakout role in JTBC’s “Itaewon Class” earlier this year. The drama was a hit that surpassed 15 percent in viewership ratings, and Lee Joo Young became beloved by viewers after she took the role of cook Ma Hyun Yi.

She made everyone laugh when she said, “I received a lot of love as the character Ma Hyun Yi, but to be honest, there were many times when I thought, ‘Ah, so this is how much a person’s popularity rises when they act in a drama with high viewership ratings.'”

“It wasn’t my first drama,” she said, “but ‘Itaewon Class’ was the work that brought me a huge amount of attention. That’s what made me realize the advantage the drama had given me.”

She went on to say that the part she’s happiest about is having more opportunities available to her now. She commented, “I haven’t changed at all personally compared to the past, but I thought to myself, ‘Now there will be more things that I can do.’ I can do things that I couldn’t do before, and it’s great that I have more options.” 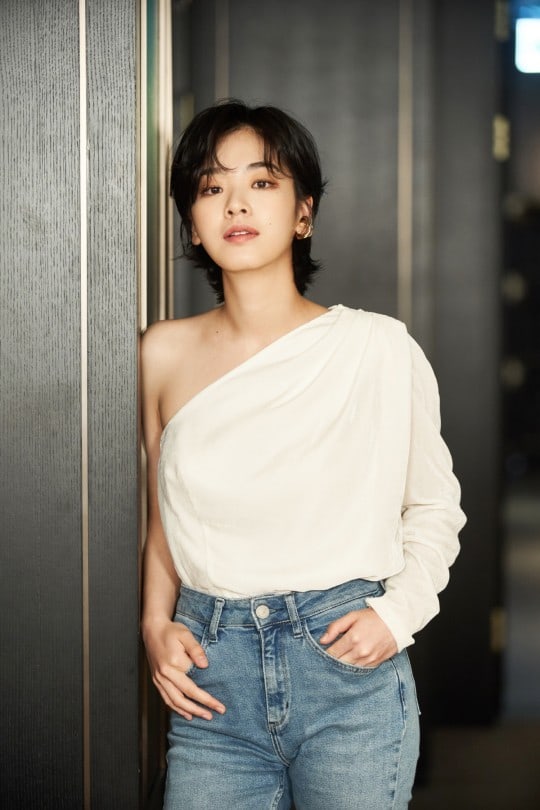 Lee Joo Young went on to share that she’s not feeling pressure as she stars in “Baseball Girl” after gaining fame through “Itaewon Class.”

“I’m trying to think of ‘Baseball Girl’ as a separate thing from ‘Itaewon Class,'” Lee Joo Young said. She also commented that while she thinks the movie has bigger mass appeal than she was expecting, there are also aspects that fans who love independent films will enjoy.

She added, “There will of course be people who will see ‘Baseball Girl’ because they came to know me or like me because of ‘Itaewon Class,’ but there will be other people too who see me for the first time in ‘Baseball Girl.’ It’s also a film where I tried to show myself well to those people.”

“When I received the scenario and offer for ‘Baseball Girl,’ it was when I was going on a break after finishing the drama,” she explained. “I was really wanting to work on a film at the time. I got the offer from Director Choi Yoon Tae when I was thinking that I wanted to act in something with a female lead carrying the story. My first impression when I got the scenario was that there was no reason for me to not do this.” 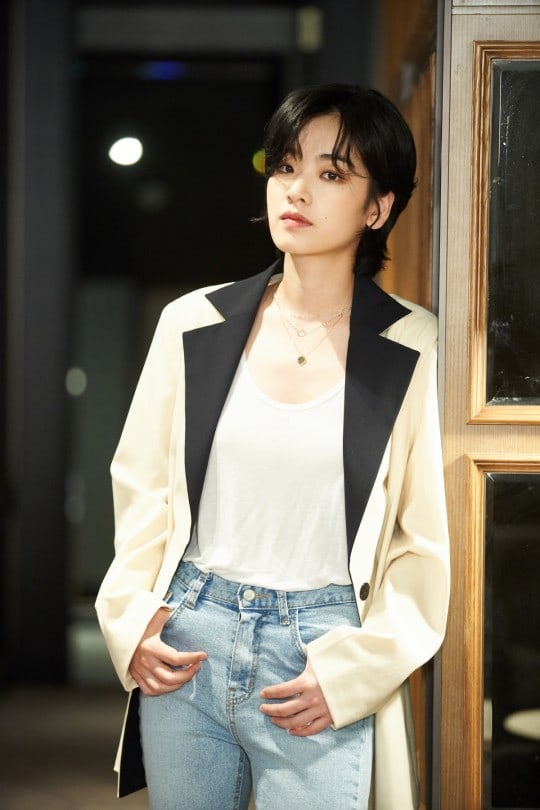 Lee Joo Young also talked about how she ended up being an actor after first studying at Kyung Hee University’s College of Physical Education before switching to the Department of Theater and Film.

When asked if her previous studies had an effect on her acting on “Baseball Girl,” Lee Joo Young said, “To be honest, I’m a bit embarrassed to say this, but I got into the College of Physical Education with an essay. When I say that I went to the college, everyone thinks that I must have gone because I’m athletic, but honestly I wasn’t. I went there for about a year.” She shared that during her time there, she hadn’t felt ambitious about her major or work, and she eventually lost interest after a year.

“During that time, I took a theater course as an elective and I started acting after that,” she said. “Like Joo Soo In, part of the reason was that people around me suggested to me, ‘What if you took another path?'”

The star shared, “Rather than saying that I used my experience at the College of Physical Education to understand the character Joo Soo In, I’d say that I understood her through the emotions I felt while going through my teenaged years and my early and mid 20s.”

She also shared that she hadn’t been interested in baseball before she did the film. “I’d only watched a baseball game once in real life,” she said. “So I didn’t know much about the vibe of baseball. While I was preparing for ‘Baseball Girl,’ I did physical training and also studied about the sport.”

Lee Joo Young described “Baseball Girl” as “a film that we need right now,” saying that she hopes it can bring people strength and hope during a difficult time.