The upcoming tvN drama “Flower of Evil” has unveiled new posters of its lead cast!

“Flower of Evil” is about a man named Baek Hee Sung (Lee Joon Gi), who is always acting a part even in love, and his wife, Cha Ji Won (Moon Chae Won), who begins to suspect of him a terrible crime. Other principal characters include Do Hae Soo (Jang Hee Jin), who has lived alone with a terrible secret, and Kim Moo Jin (Seo Hyun Woo), a reporter who finds out the truth.

Each poster shows the two faces of each character. In Lee Joon Gi’s poster, Baek Hee Sung smiles like the ideal father and husband he is pretending to be, only to turn his cold gaze to the camera. The caption reads, “I need that woman.” In Moon Chae Won’s poster, Cha Ji Won shows both the anguish of a wife and the determination of a police detective. The caption reads, “Can I trust that man?” 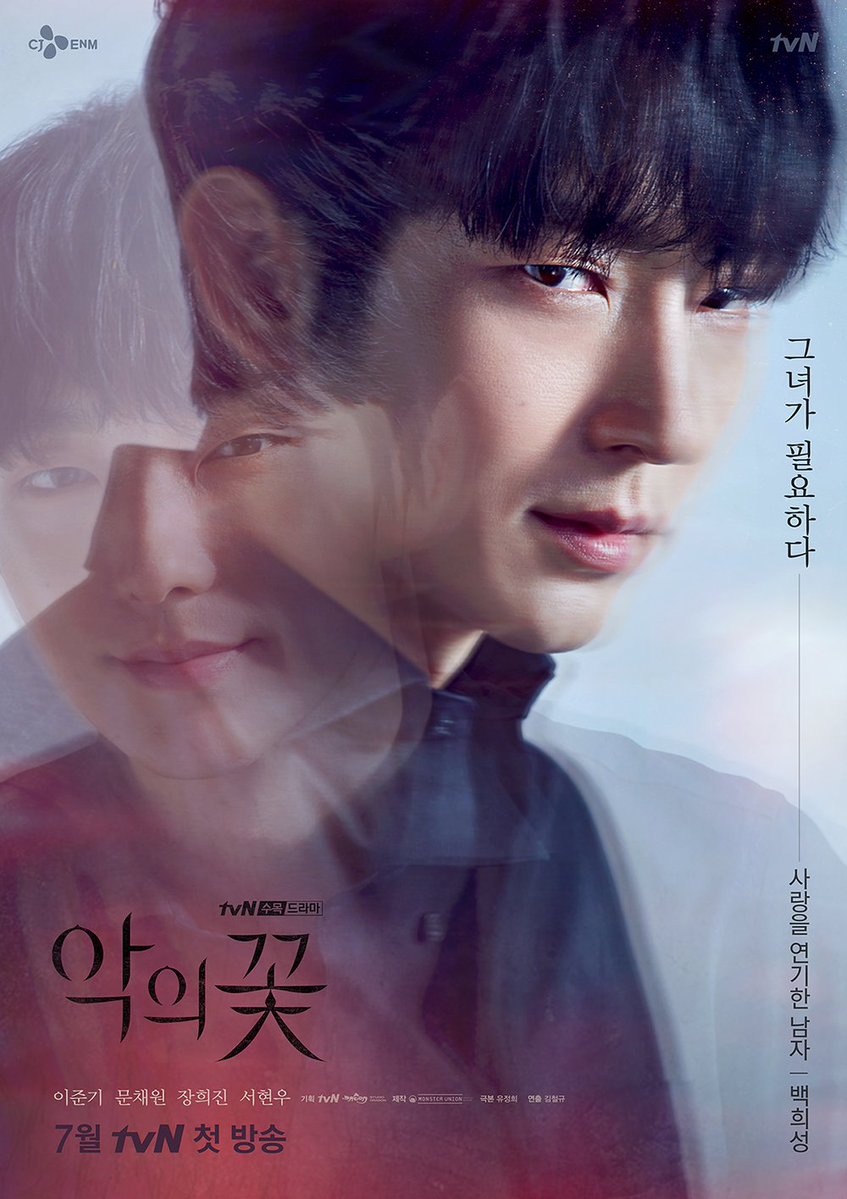 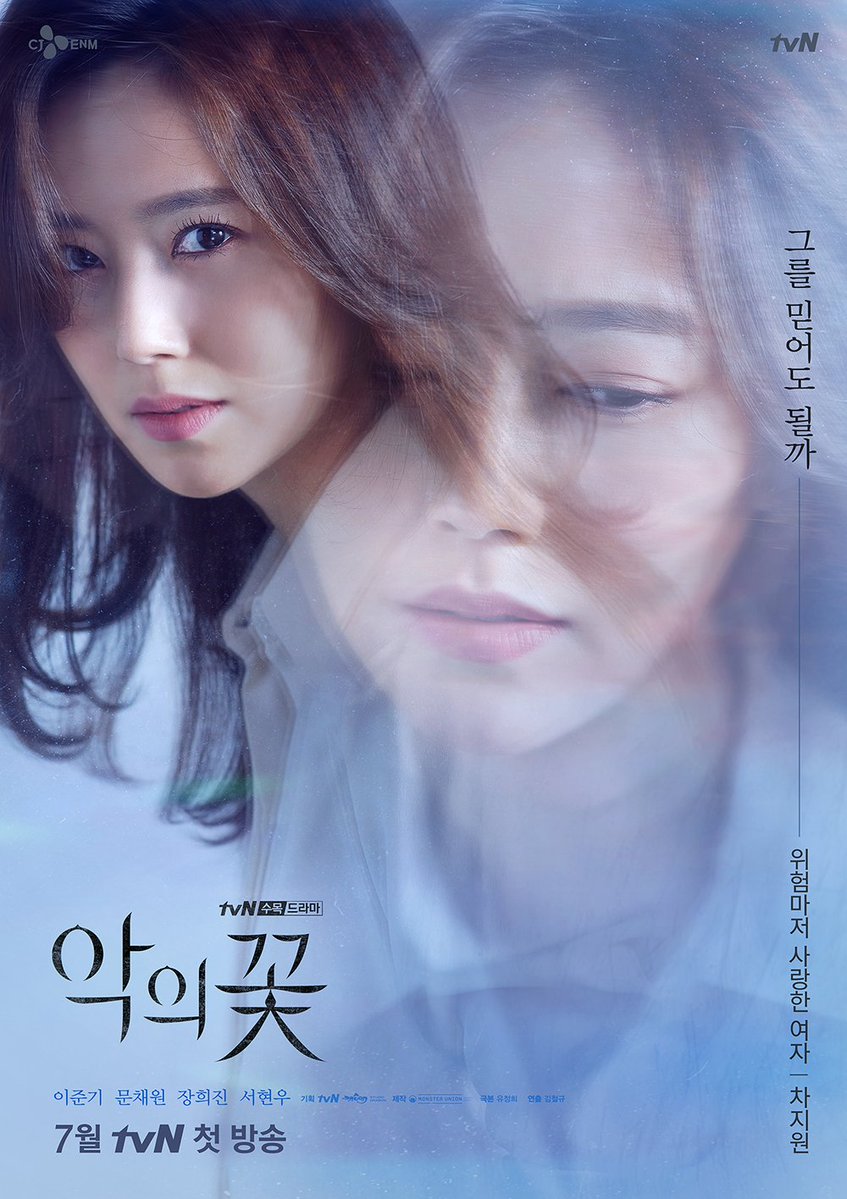 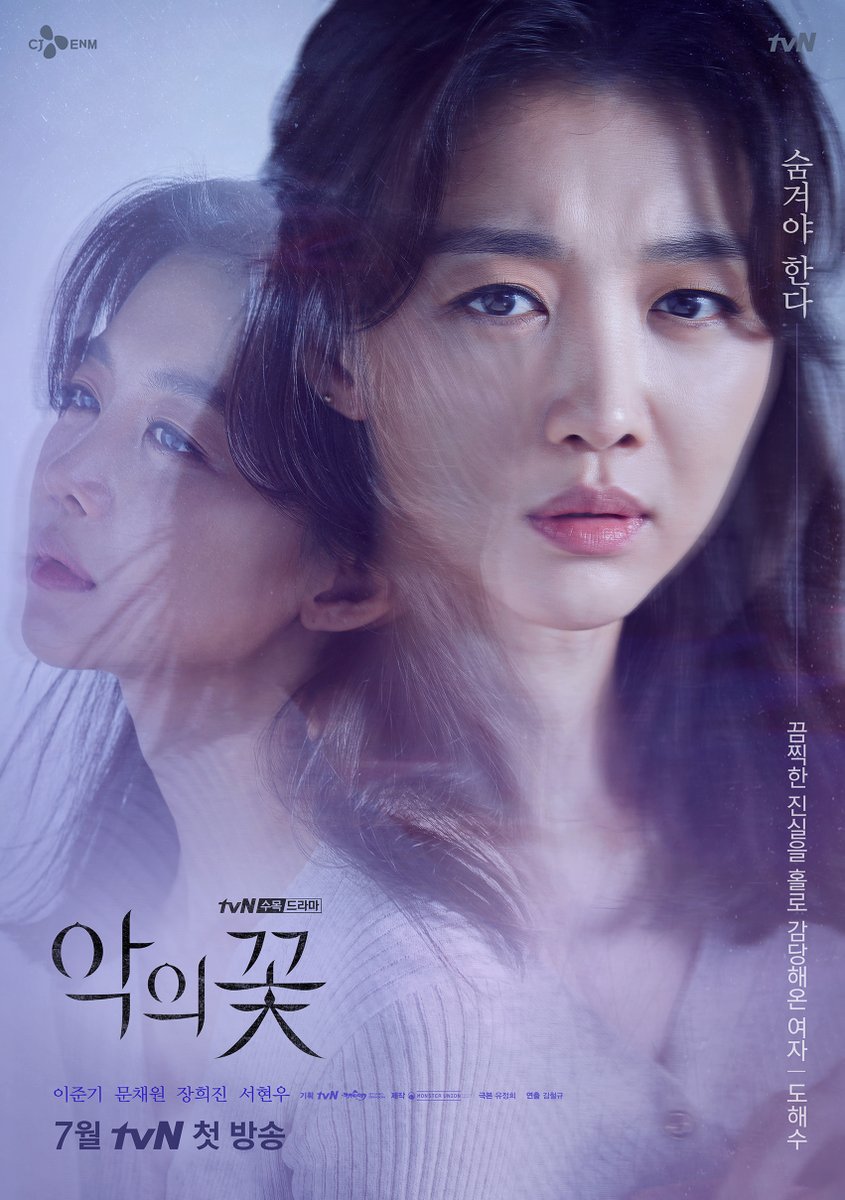 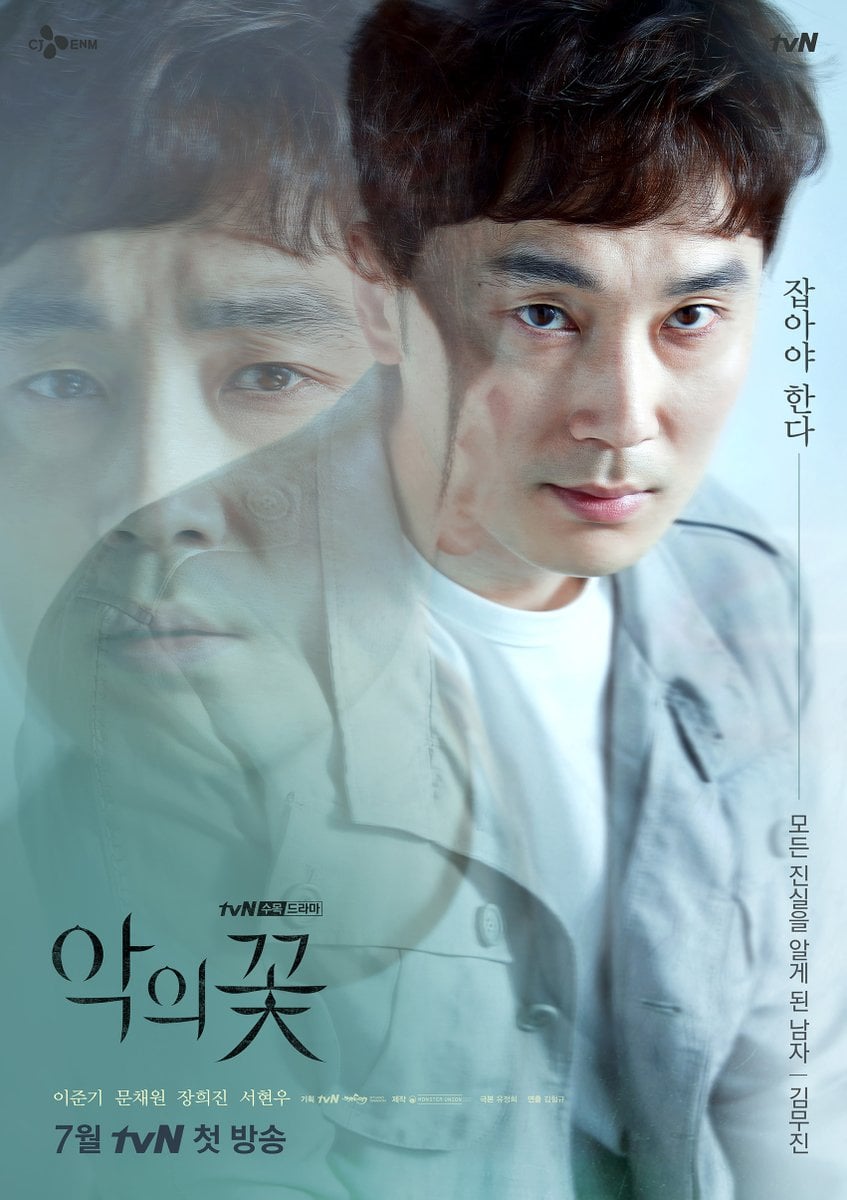 “Flower of Evil” centers around the question, “What if you start to suspect your loving husband of 14 years is a serial killer?” It is scheduled to premiere in July and will be available on Viki.