The upcoming movie “Delinquent Family” (literal translation), which will mark Chorong’s silver-screen debut, tells the story of a lonely student named Yu Ri whose only friend is music. An aspiring violinist, Yu Ri is friendly to everyone and has a warm heart, but her talent and beauty make her a target for her jealous classmates.

When Yu Ri (played by Chorong) inadvertently winds up crossing paths with Da Hye (played by Kim Da Ye) and her unique family, she not only finds friendship but also embarks on a journey of personal growth.

In the newly released poster for the film, Chorong looks melancholy and wistful as the lonely Yu Ri, while veteran actor Park Won Sang wears a disapproving expression as her father Hyun Doo. Hyun Doo appears to be reacting fervently to something, piquing viewers’ curiosity as to what will transpire between the father-daughter duo.

Adding to the mystery, the poster’s caption reads, “There’s something unusual about this family!” 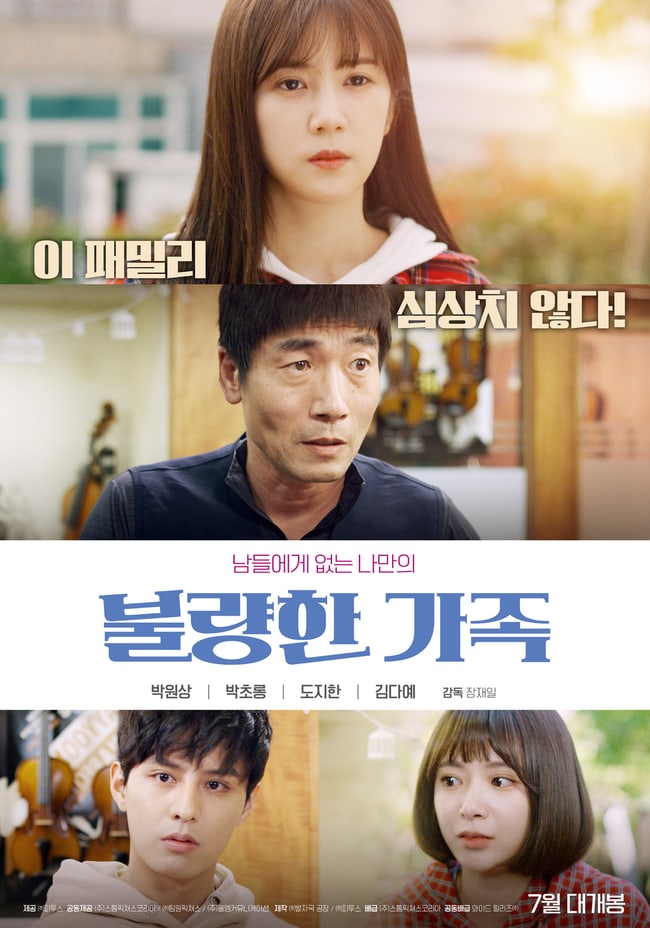 “Delinquent Family” is currently scheduled to premiere in July.