On the June 10 broadcast of tvN’s “Yoo Quiz on the Block,” actor Jeon Jin Seo talked about his recent controversy, concerns as a young actor, and more.

The actor, who played Lee Joon Young on the recent hit drama “The World of the Married,” said, “I’m sad it’s over, but I also feel relief.”

He shared his friends’ reactions to the drama, saying, “They asked me to get autographs for them. They asked for autographs from Han So Hee, Kim Hee Ae, and Park Hae Joon, but I only got them autographs from So Hee noona. When I gave it to them, they said, ‘I’m going to admire you from now on.'”

On working as an actor, Jeon Jin Seo said, “It’s hard. It’s not all easy.” He continued, “I want to go out with my friends and do normal things, but I can’t. No matter what I do, I always hear people say, ‘How can an actor do this?'” Talking about his recent controversy, Jeon Jin Seo said, “I accepted it all as my mistake, but the moment I went into the makeup room, I started crying. I cried for about 20 minutes.”

Previously, Jeon Jin Seo, who was born in 2006, came under fire for posting an illustration of a male manhwa character giving the middle finger with both hands. The speech bubble on the illustration read, “All women, get lost” in crude language. Conversations with his friends on Facebook were also shared, in which the actor used many swear words.

The actor’s agency apologized, clarifying that there was no ill intent behind the posting of the image and that it was simply an image popular among his friends.

Jeon Jin Seo said on “Yoo Quiz on the Block,” “I’ve been hiding myself, and sometimes I feel like I’m acting even in real life. I hope you will think of me not as rough-around-the-edges like [my character] Joon Young, but as a nice kid.” 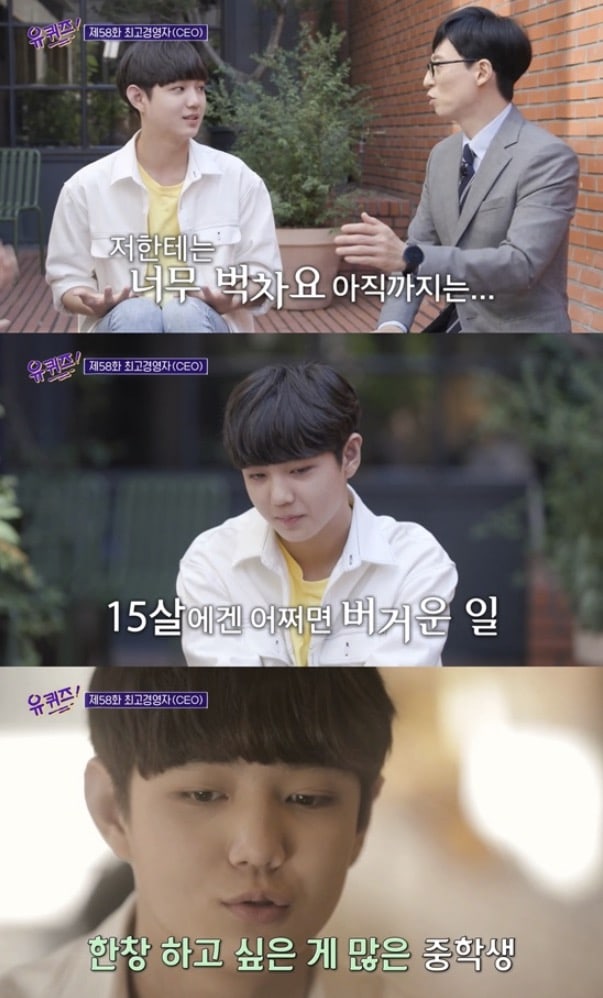 XPN
Yoo Quiz on the Block
Jeon Jin Seo
How does this article make you feel?