With the finale on June 12 ahead of them, the cast of “The King: Eternal Monarch” shared their thoughts on the drama coming to a close and chose their favorite scenes!

The SBS drama “The King: Eternal Monarch” tells the story of Emperor Lee Gon (Lee Min Ho) and detective Jung Tae Eul (Kim Go Eun), who live in parallel universes, one where Korea is a constitutional monarchy and one that is similar to the modern-day republic.

Lee Min Ho, who shows off his elegant looks and dignified acting through his character Emperor Lee Gon, commented that the eight months he spent with the drama will become something he’ll remember for a long time. He continued, “This drama is one that I started as an actor in my 30s, and I think it’ll become a time of nourishment that will decorate the next page in my future.”

As for his favorite scene, Lee Min Ho chose the ending of the fourth episode, where he had said after Lee Gon and Jung Tae Eul first crossed over to the Korean Empire, “I am the emperor of the Korean Empire, and my name, which was chosen to not be called, is Lee Gon.”

Lee Min Ho mentioned to viewers as a final remark, “Don’t grow tired during these times, and I really hope you stay healthy. I’m rooting that you will nicely walk the path that you have chosen for yourself. As for me, I will do my best in every moment and go forth firmly with each step.”

Meanwhile, Kim Go Eun, who portrays both modern-day detective Jung Tae Eul and the Korean Empire’s criminal Luna, expressed how the eight months have flown by. She said, “It was a short period of time, but I really had a good time filming. I really remember the times when we laughed and fooled around while filming with the staff, and of course, the director and actors.”

The actress chose the “bloodstained reunion” scenes from episode 11 and 12 as the best. She elaborated, “I remember the scenes well because we filmed in Busan for three full days. I felt good because I think the viewers liked these scenes as well.”

She also thanked the viewers, saying, “I was able to stay strong and film until the end thanks to each and every time the viewers said that they were enjoying the drama. I am really thankful. Next time, I will return with further improvement and a better project.” Kim Go Eun added that viewers should look out for whether Jung Tae Eul and Lee Gon will be able to meet again in the finale.

Next, Woo Do Hwan, who plays Jo Young, the captain of emperor Lee Gon’s guard, and modern-day Jo Eun Seob, a public service worker at the National Police Agency’s civil service office, credited the writers, the director, and his senior actors for the great time he had acting. He also thanked the viewers for their love of the drama.

Woo Do Hwan chose Jo Young and Jo Eun Seob’s first meeting in the seventh episode as his favorite scene. He said, “I prepared very hard because that scene is one where you can see right away the story and character traits that have built up from the first episode to the sixth.”

He also recommended that viewers watch the drama again from the first episode before the finale. Woo Do Hwan continued, “We have raced to the end from the first to last filming without rest, and the script and set were so good that I really didn’t want to rest. I will do my best and show the viewers and fans continuous improvement as well as better acting. Thank you so much for loving [the drama].” 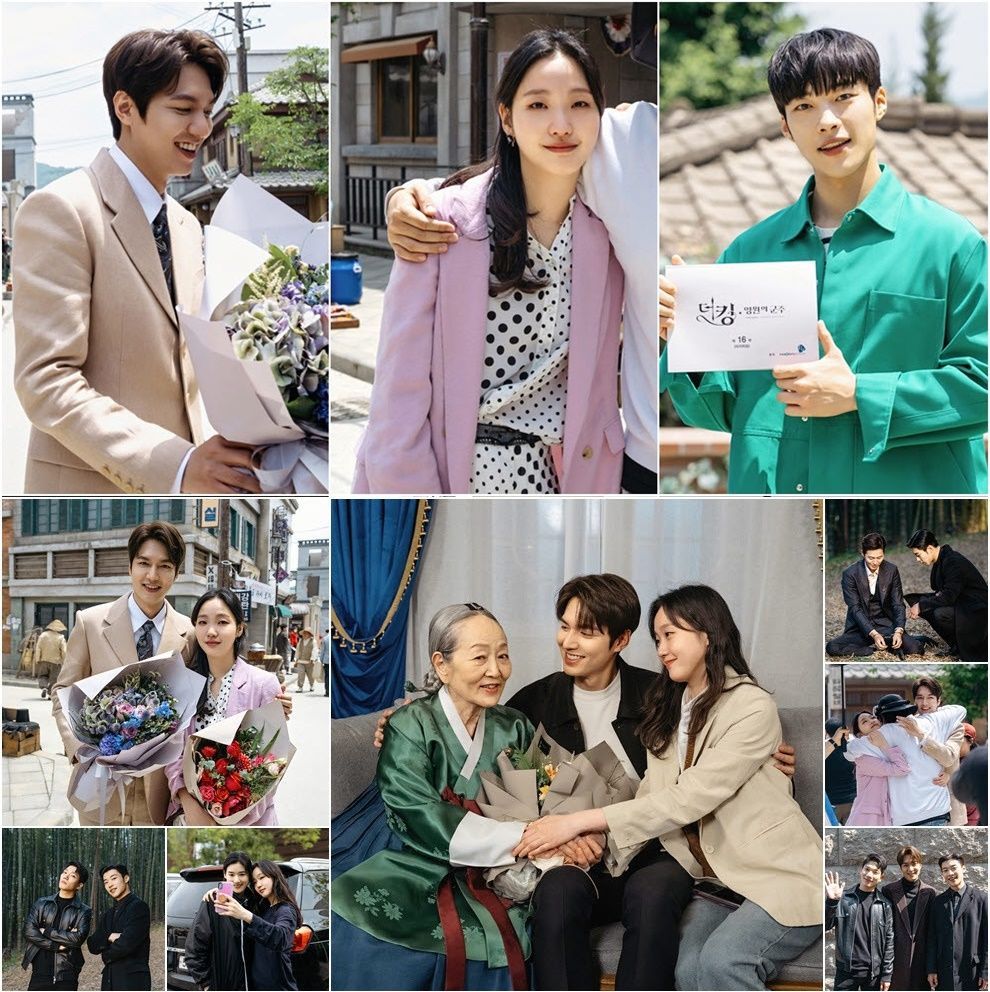 Meanwhile, Kim Kyung Nam, who plays detective Kang Shin Jae, mentioned that it hasn’t hit him yet that the drama is now ending. He said, “It was really great, and I was happy to be able to live as Kang Shin Jae for the time being. I had fun working with great people.” He also thanked the viewers and everyone who loved his character.

For his favorite scenes, Kim Kyung Nam chose the kiss scene between Lee Gon and Jung Tae Eul from episode 12 and the ending from the eighth episode where Lee Gon said to Kang Shin Jae, “I have a feeling I am your master.”

Kim Kyung Nam then revealed, “I think the finale will satisfy everyone,” and thanked the viewers once again.

Jung Eun Chae, who portrays Prime Minister Goo Seo Ryung, thanked the writers, directors, staff, actors, and viewers while expressing her regret that the drama is now coming to a close.

She chose the ending of the seventh episode as the best scene, explaining, “It is a scene where Goo Seo Ryung experiences a sense of heightened chaos of many meanings upon meeting Luna and where she begins to experience firsthand the door to the two worlds.” Jung Eun Chae then asked viewers to look forward to the last moments of each character.

Jung Eun Chae also expressed her gratitude, saying, “I think I was able to finish this drama well because of the viewers from Korea and overseas who have looked forward to and loved the drama even before its beginning. I sincerely thank you, and I will return with a good project. I hope that you will always look after your health.”

Last but not least, Lee Jung Jin, who has 22 years of acting under his belt and plays the powerful villain Lee Rim, said, “This was a character I’ve done for the first time, but I studied it hard. It’s even harder to let go of because I had fun portraying him, and it is a role that stays in my memory. As an actor, ‘The King: Eternal Monarch’ will be a drama that I will always remember.

As for his favorite scene, Lee Jung Jin chose the confrontation between Lee Rim and Lee Gon at Haeundae District from the ending of the ninth episode as well as the first meeting between the two in the first episode.

Lee Jung Jin hinted at what to look out for. He said, “I hope that you will watch for whether Lee Gon will be able to stop Lee Rim and protect Jung Tae Eul.” 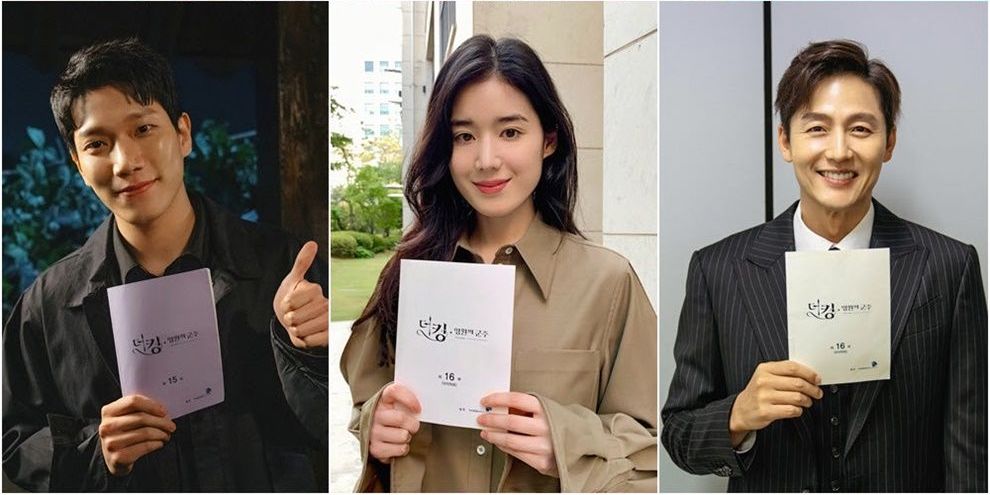 Finally, the production company Hwa&Dam Pictures commented, “We give our endless gratitude to the writers, directors, actors, and staff who have worked hard for a long time with the same goal in mind of relaying new and mysterious stories to our viewers. Please look for what kind of beautiful answers the finale of ‘The King: Eternal Monarch’ will give.”