Described as a “parallel-universe mystery drama,” “Train” is a sci-fi thriller about a single choice made on the night of a murder that splits the world into two alternate universes. Yoon Shi Yoon will star as Seo Do Won, a high-ranking detective who gets involved in a serial killer case in an attempt to protect the woman he loves.

In a newly released special poster for the upcoming drama, Seo Do Won faces off against his parallel-universe self in an intense standoff in the rain. In one universe, Seo Do Won jumps back and forth between parallel universes in the hopes of paying for his father’s sins, while in the other, he leads a precarious life due to those sins.

Notably, the first Seo Do Won, who is dressed more casually, tilts his head slightly as he stares at his alternate-universe counterpart. Meanwhile, the second Seo Do Won sports a formal suit and perfectly straight posture, hinting at the personality differences between the two characters. The differing color tones of the two halves of the poster, which are divided by a railroad track that stretches out into infinity, also emphasize the contrast between their two worlds. 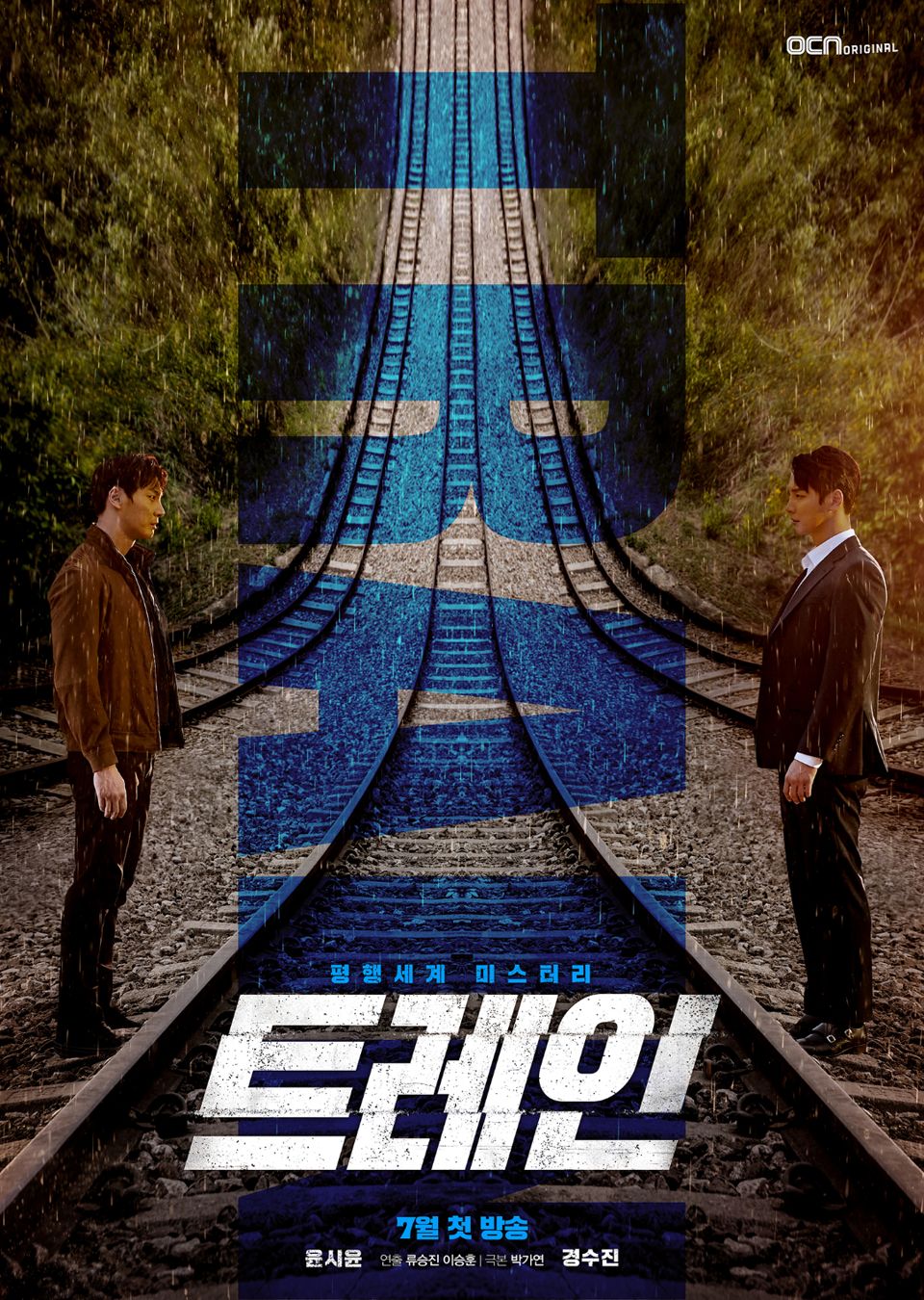 They went on to add, “The drama will tell an unpredictable story that is entirely different from any parallel-universe story you’ve encountered up until now. Please look forward to ‘Train,’ a mystery that will jump back and forth between parallel universes.”

“Train” premieres in July and will be available with English subtitles on Viki. In the meantime, check out the latest teaser for the drama here!