In the previous episode, Ga Yeol Chan and Lee Man Shik went to Manji Island during their new ramen development trip and were isolated on the island for several days due to a stormy weather. Without enough supplies or money, they had to undergo hilarious experiences in order to survive in the wilderness.

The behind-the-scenes photos capture the bromance between Park Hae Jin and Kim Eung Soo while filming the stranded scene. They admire the taste of ramen boiled with seafood, share bread that had fallen onto the ground, and play cards to pass the time. 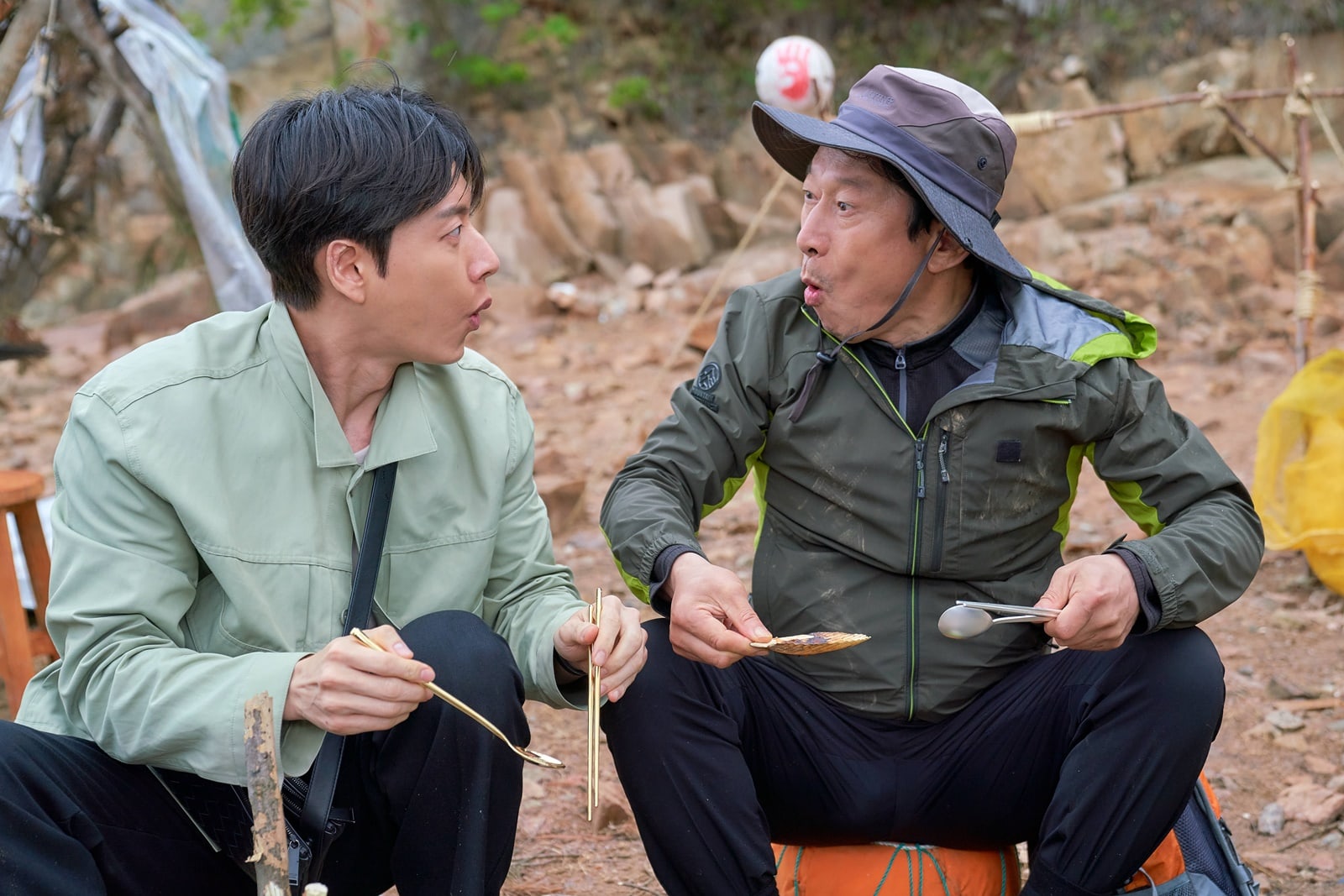 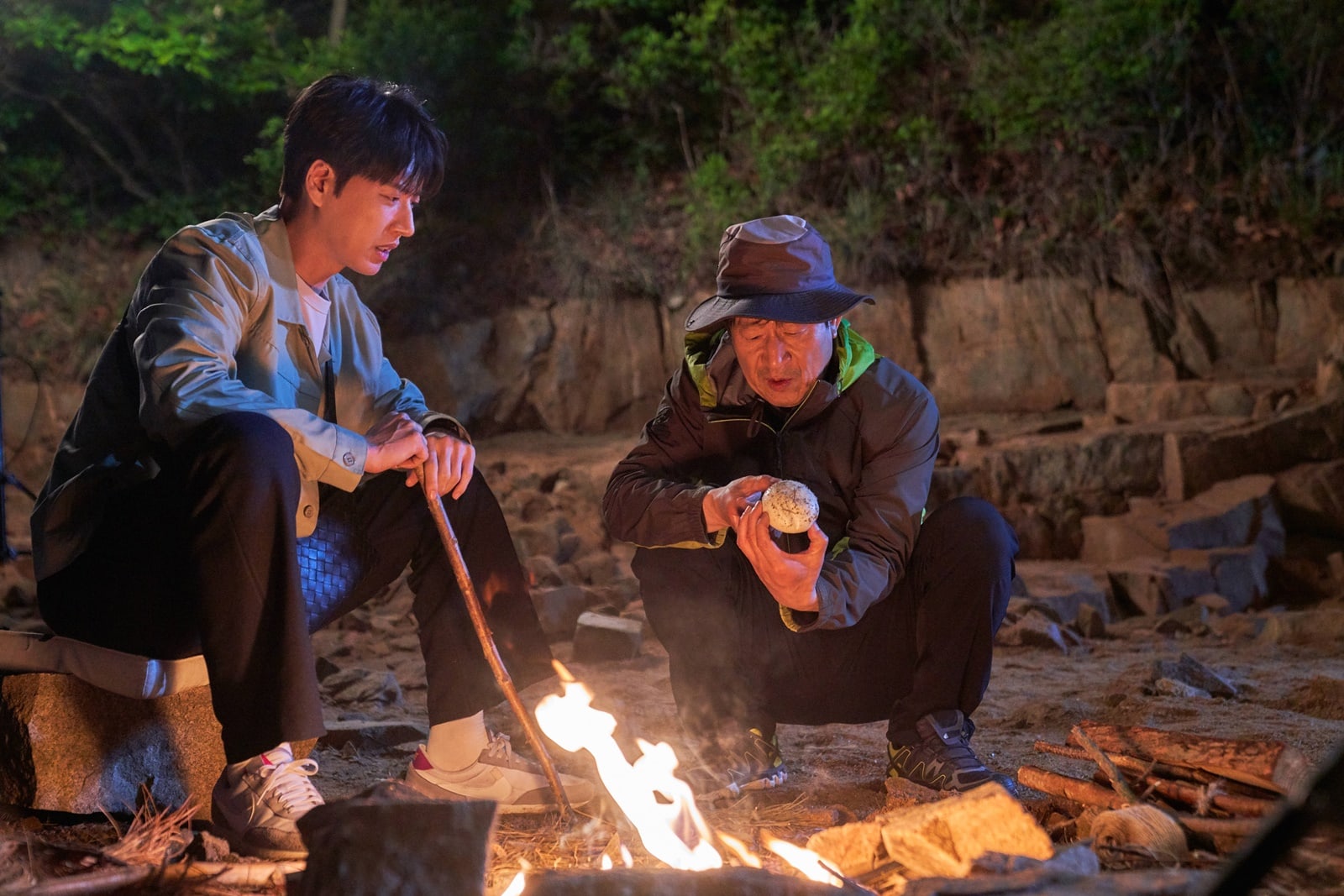 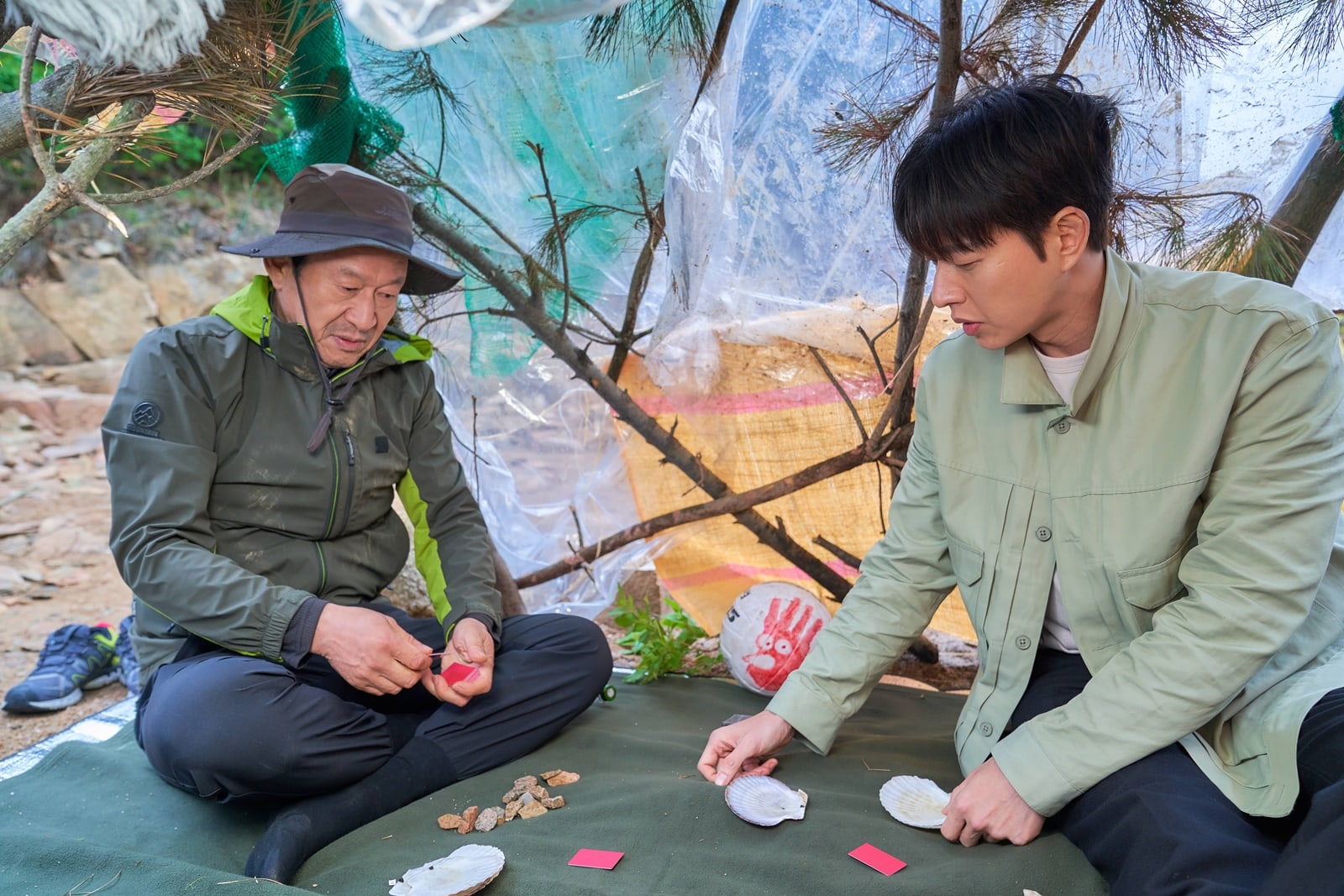 The production crew commented, “Park Hae Jin and Kim Eung Soo acted realistically as if they were actually on an island, and despite the accumulated fatigue from the long shoot, they maintained pleasant tension, making the atmosphere even more lively.”

They shared that rain poured and wind blew, just like a real typhoon, and the seawater also gradually rose due to the tide. In addition, they weren’t able to receive cell phone signals, which created an environment that suited the situation in the drama. Because of this, they were able to create a realistic scene without any special effects.