“Team Bulldog: Off-Duty Investigation” Crew Shares What To Anticipate In 2nd Half Of Drama

This OCN crime-oriented action comedy drama is about a screwball detective who stops at nothing to catch a criminal and a passionate investigative crime TV show producing director (PD) who attempt to solve difficult cases. Other members of the motley crew include a former criminal profiler, a former gangster, and a former National Forensics Service autopsist.

As the drama heads into the latter half, the production crew has shared some key points and storylines to look forward to!

The production crew commented, “The five characters, who have been collaborating on the same incident through various channels, will finally unite as a real team starting this week.” They will join forces to solve the one behind the “butterfly serial murders,” and attention is focusing on what synergy the five characters will create when they meet as a true team. 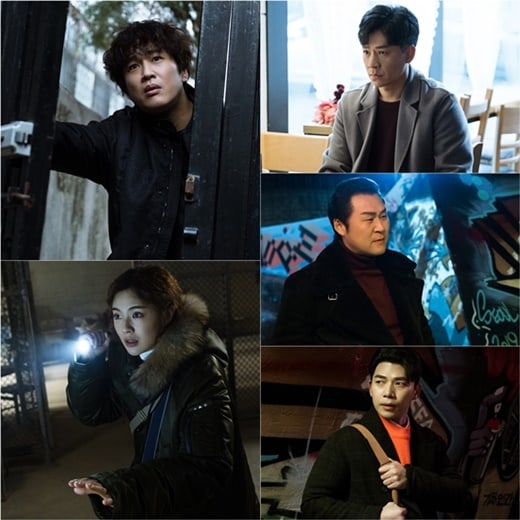 Furthermore, the episodes of violent crimes overflowing with thrill and tension will become even more dense and powerful in the second half of the drama. There will be more events that are as exciting as the “twin mystery” and “butterfly serial murders,” which shocked the viewers with their unexpected twists.

In a related development, there will be a series of teenage crimes with the stories of missing children and the frightening runaway leader “Oni.” This will deliver a meaningful message of youth crimes that people should think about at least once.

Last but not least, the mystery surrounding the uncomfortable relationship between Kang Ho and the owner of the shoe store (Lee Young Seok) will be brought to the surface.

The production crew shared, “The keyword of this week’s broadcast, which depicts juvenile crimes, is ‘martial law boys’ (minors who committed criminal offenses but are not punished because they are not capable of criminal responsibility). Continuing from last week’s broadcast, we are going to reveal Lee Ga Eun’s (Jung Chan Bin) whereabouts, which viewers have been most curious about, as well as the stories between Kang Ho and the owner of the shoe store whose identity is unknown, so please look forward to it.”