TWICE took home the win with a score of 10,871 points, making this their fourth win for “MORE & MORE.” 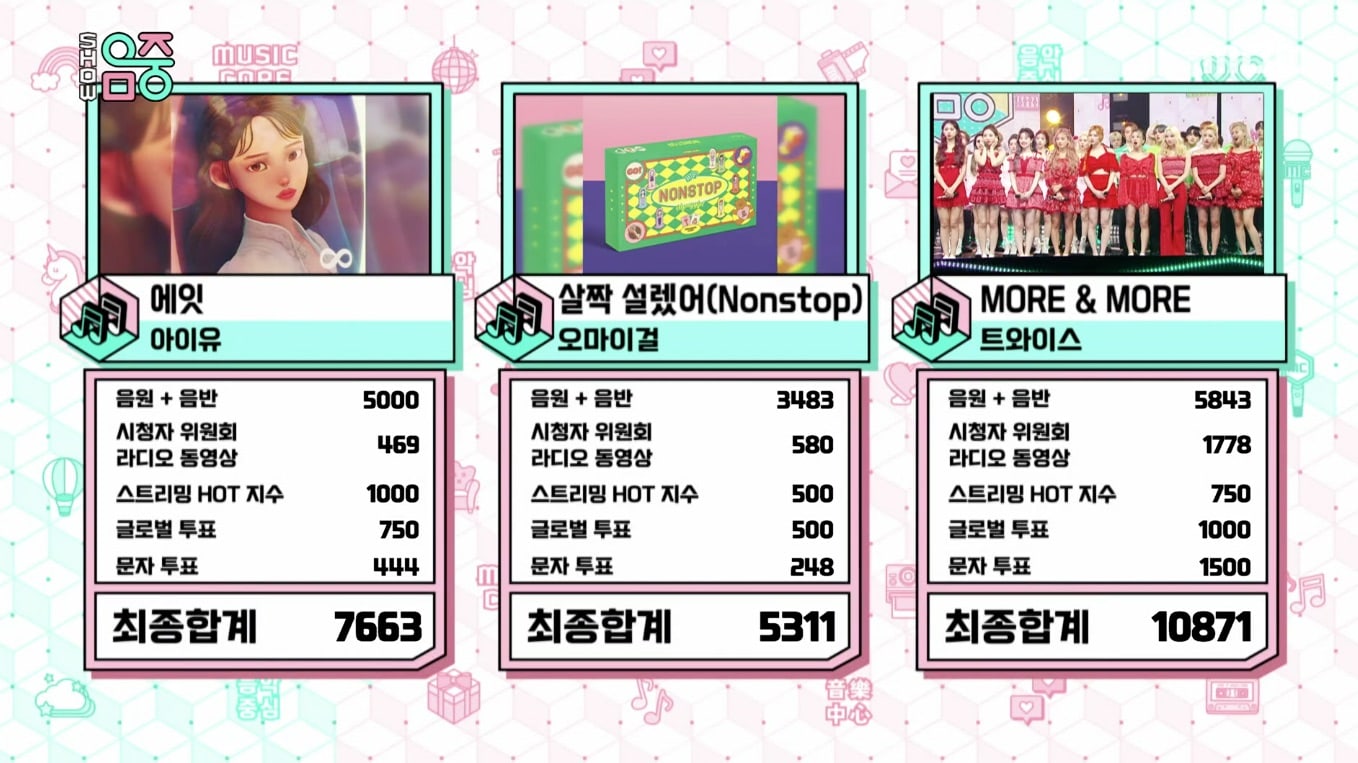 Congratulations to TWICE! Check out their performance of “MORE & MORE” below:

Eunkwang – “No One Knows”