On the latest episode of “Ask Us Anything,” Son Dam Bi talked about a time she got emotional because of her drama “When the Camellia Blooms.”

The singer and actress appeared as a guest on the June 13 broadcast of the JTBC variety show, where the cast members brought up her scene-stealing role in the hit KBS drama “When the Camellia Blooms.”

During the guessing-game segment of the show, Son Dam Bi asked the “Ask Us Anything” cast to guess why she once sobbed uncontrollably because of the drama. After multiple incorrect guesses, Son Dam Bi added as a hint, “I cried after seeing myself.”

In the end, Seo Jang Hoon managed to guess the correct answer: because Son Dam Bi’s character in the drama, Hyang Mi, had sported dark, grown-out roots, the actress dyed her hair back to black once filming was over. After seeing herself with her new hair, Son Dam Bi burst into tears because she felt like Hyang Mi was gone. 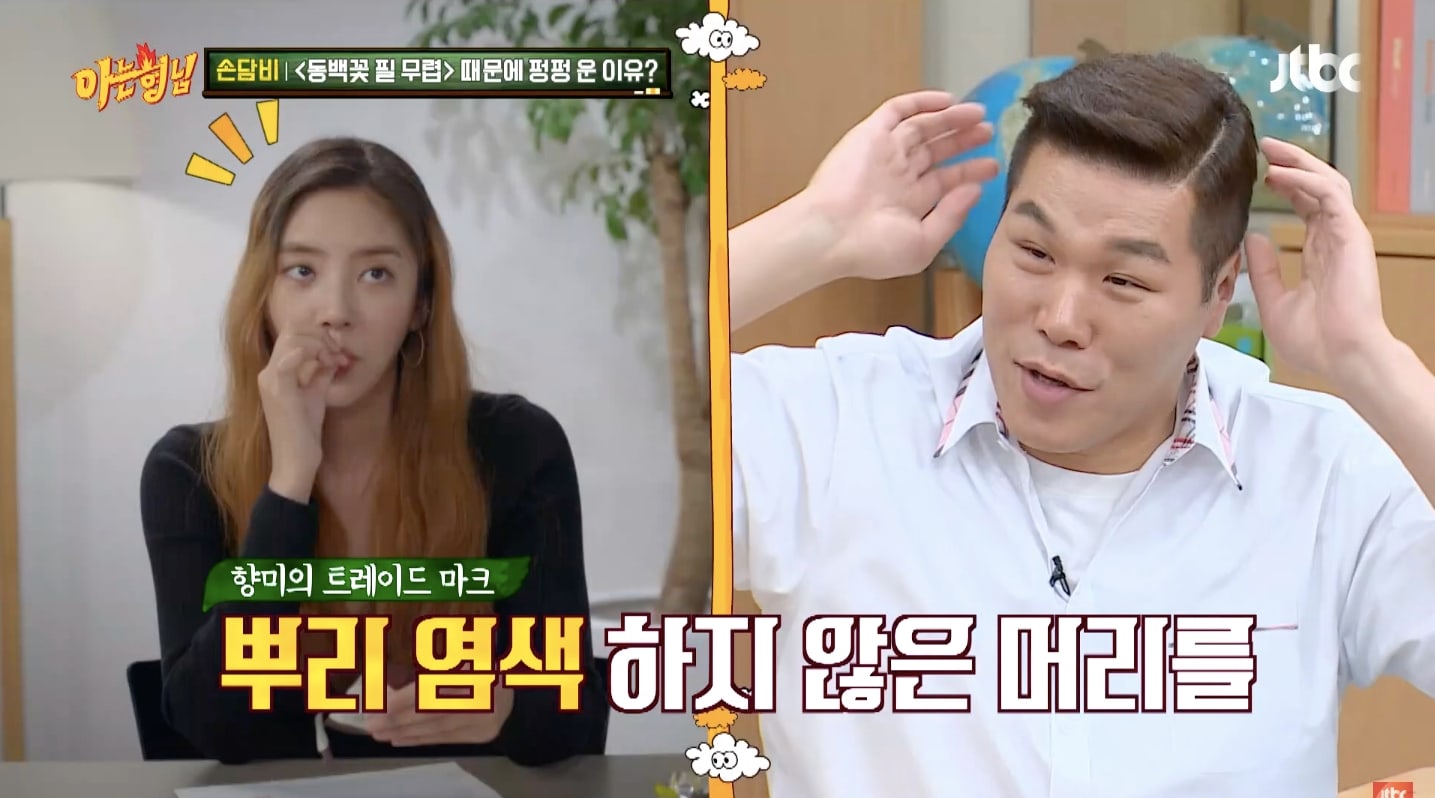 “I was the first cast member to wrap up filming for the drama,” explained Son Dam Bi. “I had a photo shoot the next week, so I went to [the salon] to dye my hair black. Seeing my reflection with my newly dyed hair in the mirror, I suddenly became overwhelmed with sadness. The reality that the drama was over came crashing down on me, and I realized that I must have really loved [the character of] Hyang Mi. I remember I cried a lot in the salon.”

The cast members expressed awe and sympathy at how deeply Son Dam Bi had become attached to the role, and she added, “While dyeing my hair, I suddenly felt so sad. I think I really loved my character.” 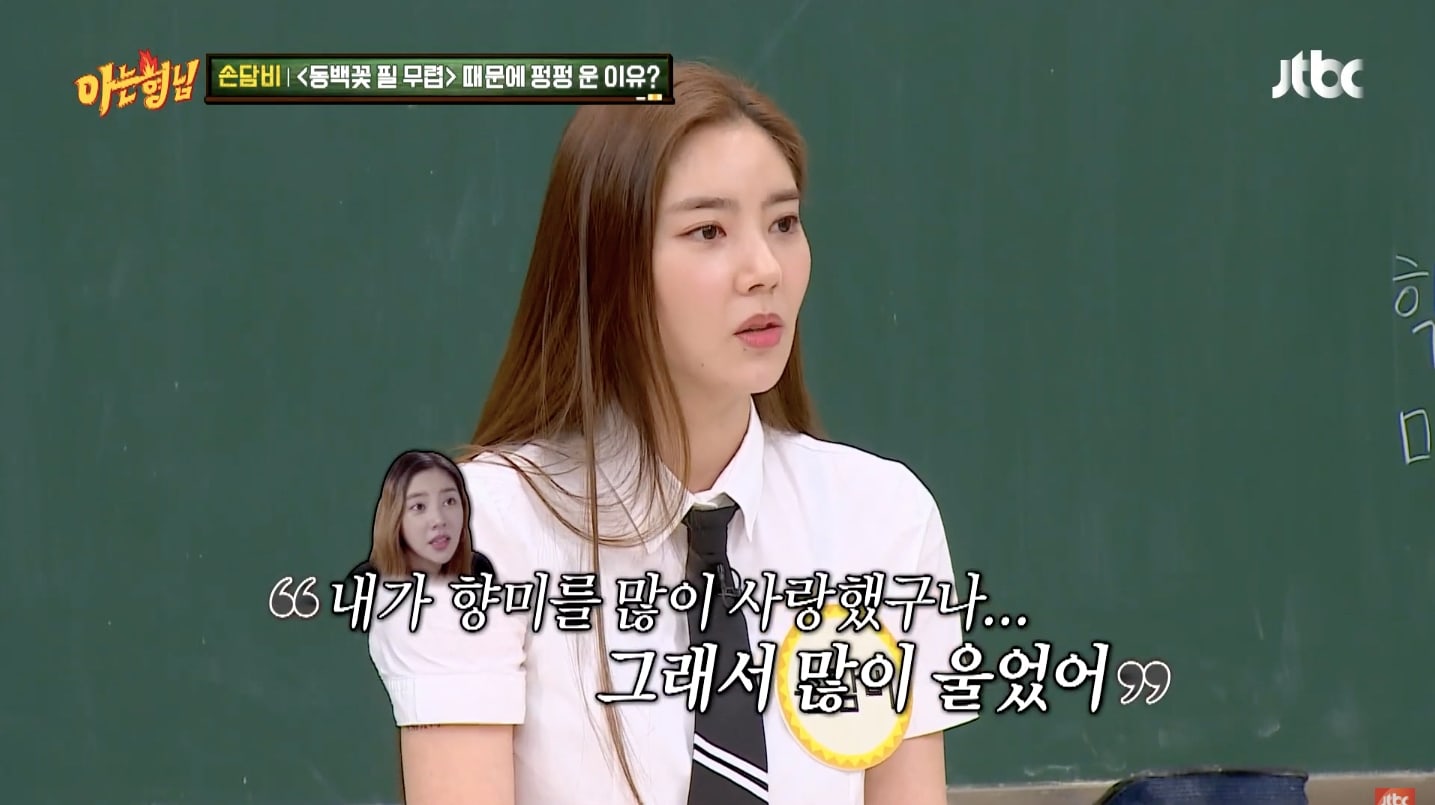 Ask Us Anything
Son Dam Bi
When the Camellia Blooms
How does this article make you feel?