Son Dam Bi was forced to make a difficult decision on the latest episode of “Ask Us Anything”!

On the June 13 episode of the JTBC variety show, 2AM’s Im Seulong appeared as a guest and brought two of his closest friends—Son Dam Bi and UFC fighter Jung Chan Sung—along with him.

At the beginning of the episode, Im Seulong introduced Son Dam Bi as his “closest female friend” and Jung Chan Sung as his “closest male friend,” and it wasn’t long before the “Ask Us Anything” cast started teasing the 2AM member about the possibility of romance between him and Son Dam Bi.

Explaining that they had become good friends while filming the SBS drama “Mrs. Cop 2” together, Im Seulong and Son Dam Bi revealed that they lived in the same neighborhood and often met up to hang out. When asked if he had ever paid a visit to Son Dam Bi’s house, Im Seulong replied, “I go to her house often,” just as she chimed in, “Of course, many times.”

After further teasing ensued, Seo Jang Hoon pointed out that Super Junior’s Kim Heechul was also famous for being a close friend of Son Dam Bi’s. He then asked, “Heechul, have you ever gone to Dam Bi’s house?” Heechul replied, “Of course, I’ve gone there a lot too.” Explaining just how close they were, he continued, “If [Son Dam Bi] gets drunk, I’ll give her a piggyback ride home, and if I get drunk, she’ll take me home.” 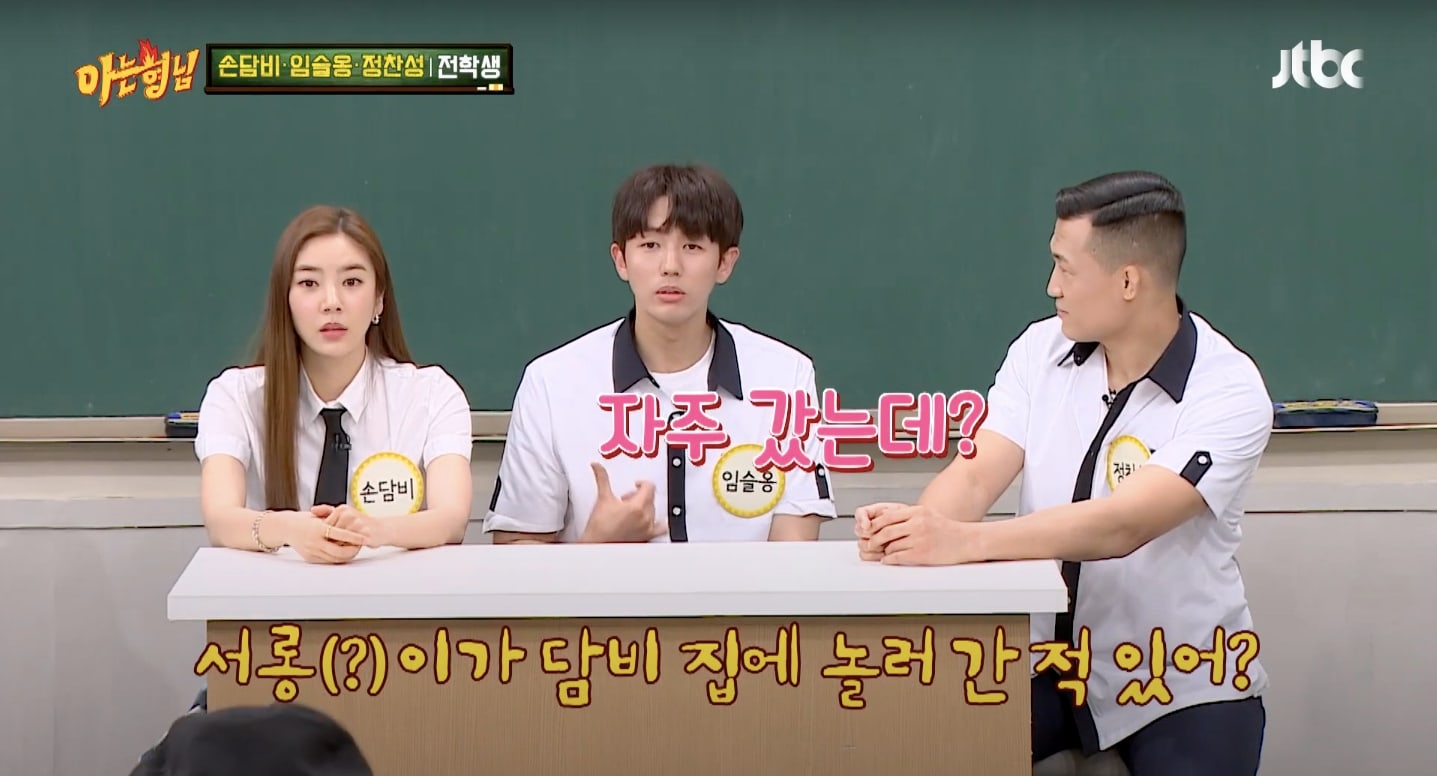 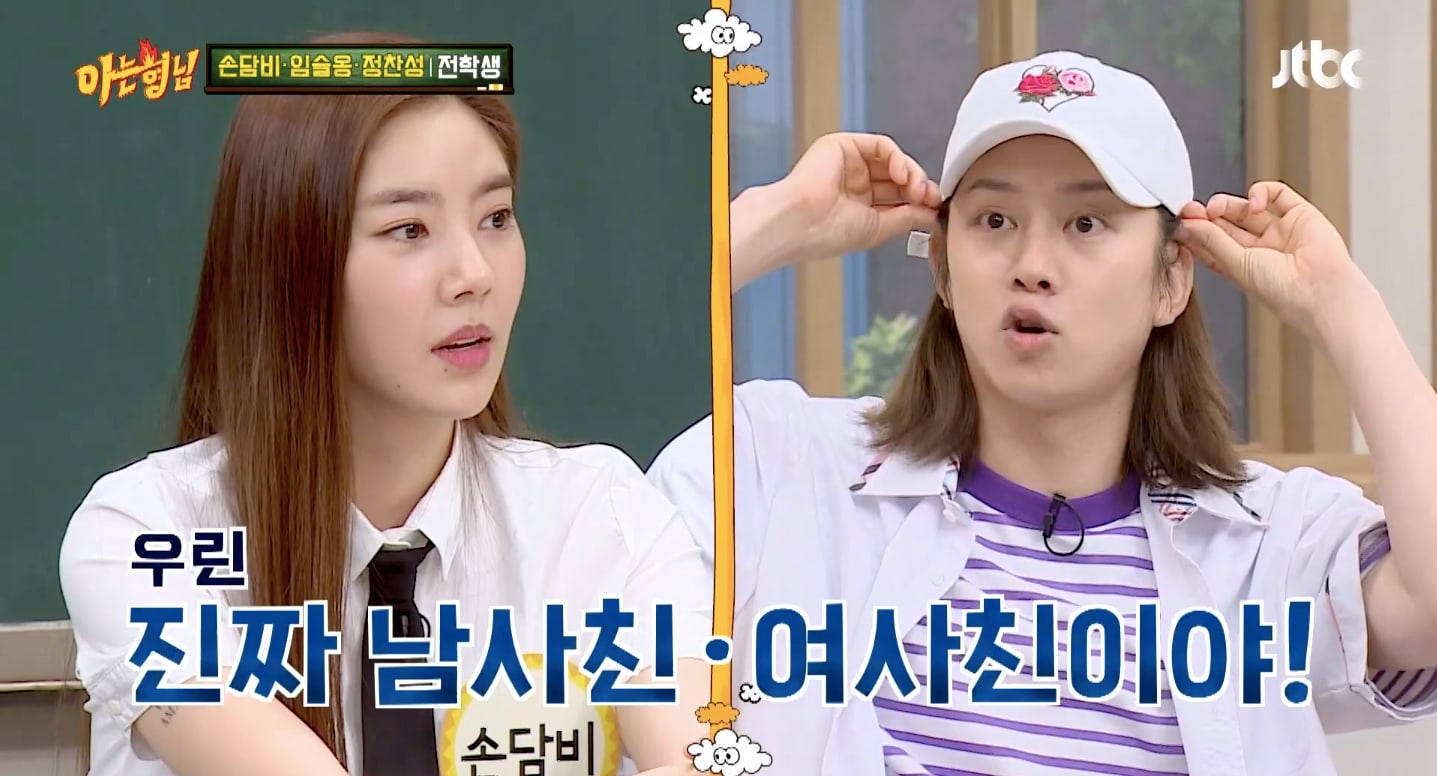 Kang Ho Dong then asked Son Dam Bi, “So for now, let’s say you really are just friends with Seulong. Who do you think is a better person, Seulong or Heechul?” 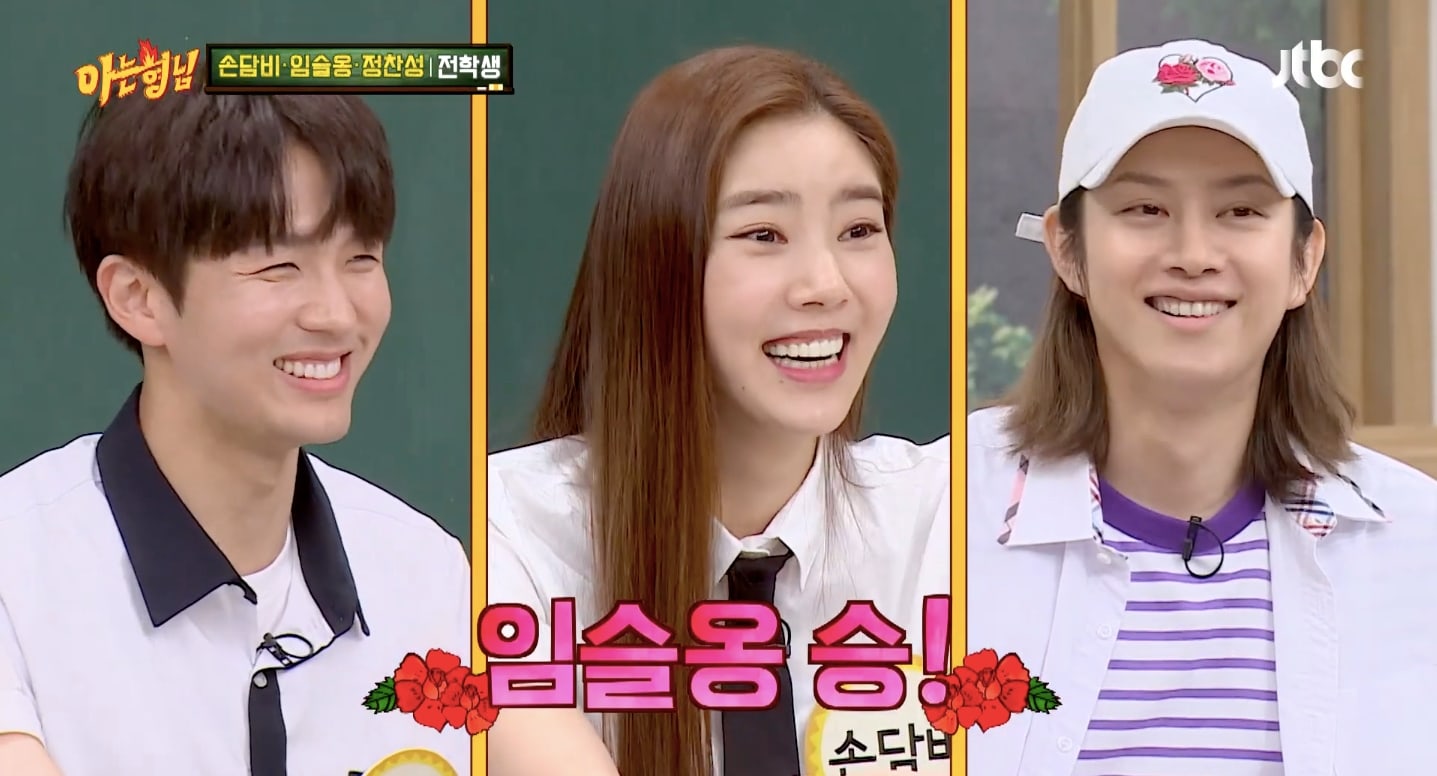 You can also check out a recent episode of “Ask Us Anything” here:

Super Junior
Ask Us Anything
2AM
Son Dam Bi
Im Seulong
Kim Heechul
How does this article make you feel?