TV Chosun’s “King Maker: The Change of Destiny” has revealed new stills of Go Sung Hee ahead of the upcoming episode.

Lee Bong Ryun has possessed the ability to read other’s fortunes ever since her childhood. Her mother was aware of the dangers of such an ability and did her best to hide her daughter’s talent, but Lee Bong Ryun was eventually found out by Kim Byung Woon (Kim Seung Soo) and used by him in his struggle for power.

Even while under subordination to Kim Byung Woon’s family, Lee Bong Ryun has been using her intelligence and spiritual powers to push through adversity. Previously, she stunned viewers when she won over the head of the family’s concubine Na Hab (Yoon Ah Jung) and saved Choi Cheon Joong from danger.

The stills show Lee Bong Ryun in the midst of numerous political figures’ wives who are getting their fortunes read by a skillful shaman. She takes a confident stance as she rebukes the shaman, who had just stunned Na Hab with a shocking fortune. Something unexplainable happens when Lee Bong Ryun takes away the bells held by the shaman who is possessed by a spirit. Curiosity is mounting over what could have happened at the meeting of influential women and the mystical abilities Lee Bong Ryun will show.

Meanwhile, even after Lee Bong Ryun makes her unexpected appearance, Na Hab is unable to snap out of a state of shock due to the shaman’s fortunetelling. What could the shaman have foretold, and will it become reality? 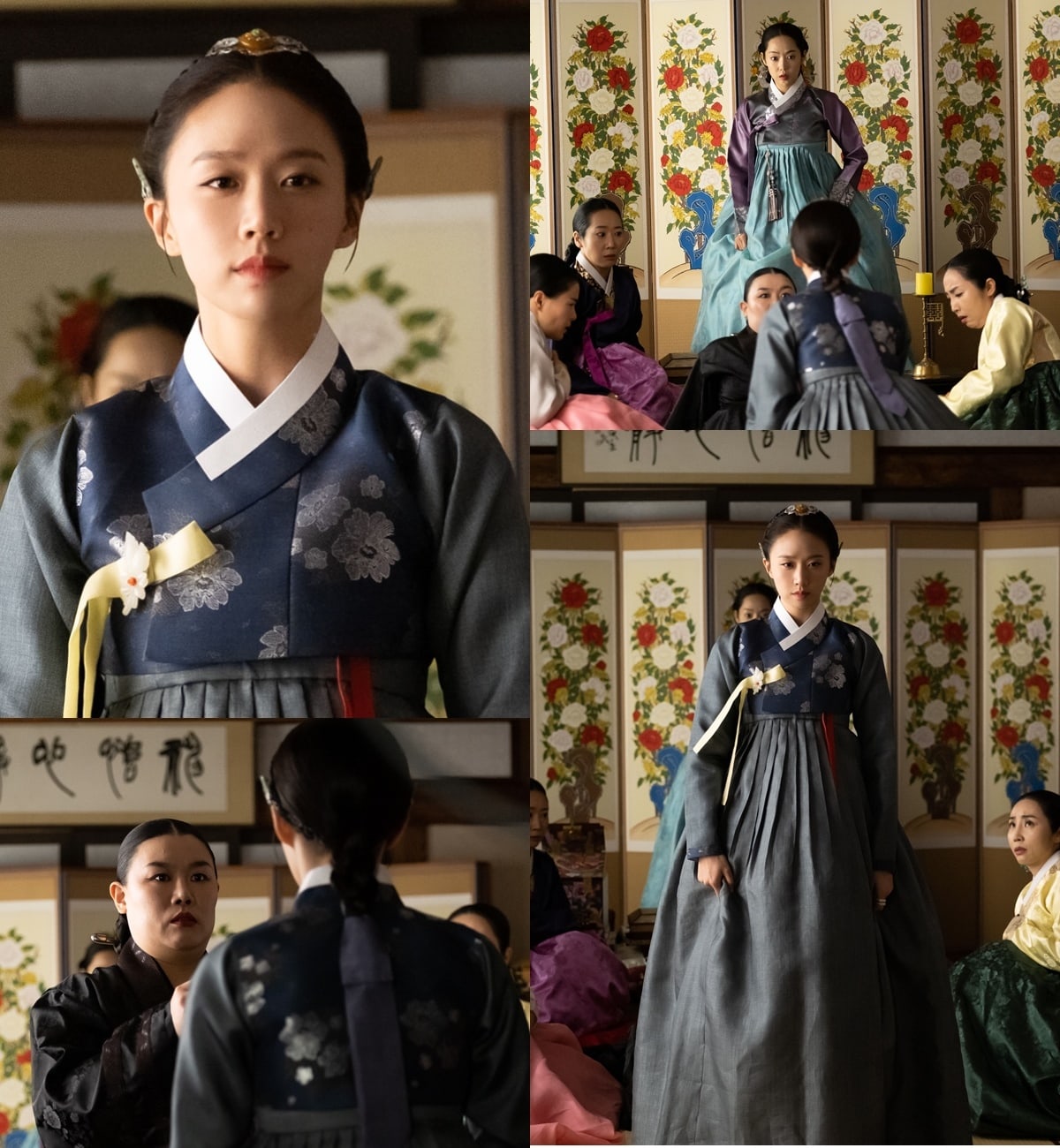 Catch up on the latest episode with English subtitles below:

Go Sung Hee
King Maker: The Change of Destiny
How does this article make you feel?