The cast of “Backstreet Rookie” appeared as guests on SBS’s “Running Man!”

“Backstreet Rookie” is an upcoming drama from SBS about the unconventional love story between a 24-hour convenience store owner (Ji Chang Wook) and a part-time employee (Kim Yoo Jung). Ji Chang Wook, Kim Yoo Jung, Han Sun Hwa, and Do Sang Woo showed up as guests on “Running Man” to promote their drama, which premieres on June 19. 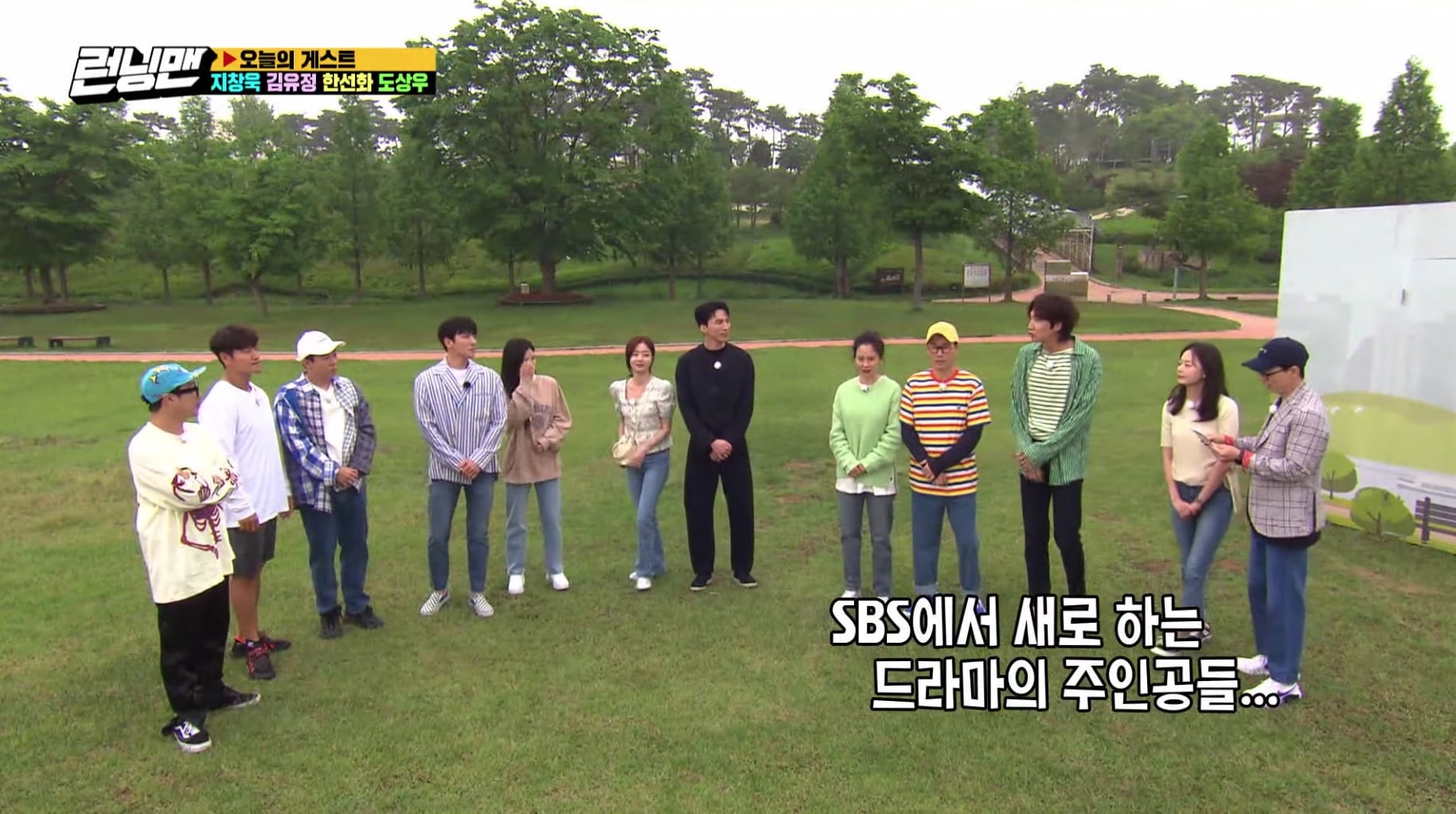 As soon as the guests were introduced, Lee Kwang Soo said, “They’re the main characters of SBS’s new drama” and Yang Se Chan joked, “You sound like their manager.”

Yoo Jae Suk said to Ji Chang Wook, “There are a lot of celebrities with the last name ‘Ji,’ but I think your visuals are the best out of all of them.” 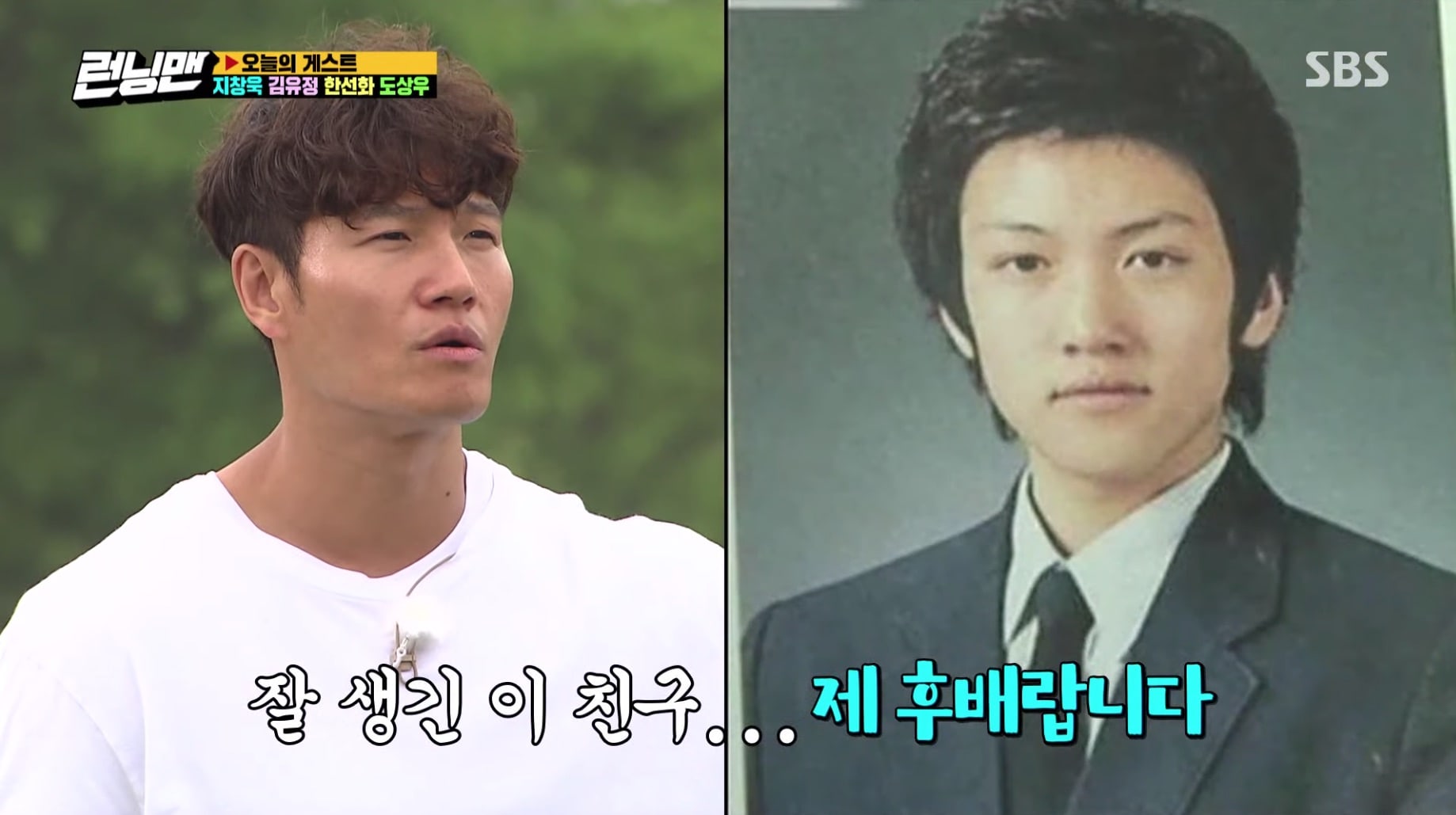 Kim Jong Kook said proudly, “We went to the same school. He’s my high school junior.” He then started singing their school song and Ji Chang Wook followed along, much to HaHa’s amusement.

Ji Suk Jin asked Ji Chang Wook if “Ji” was his real surname and they found out that they belonged to the same “Chungju Ji” clan. (In Korea, where many people share the same family names, clan names are used to distinguish within them.) 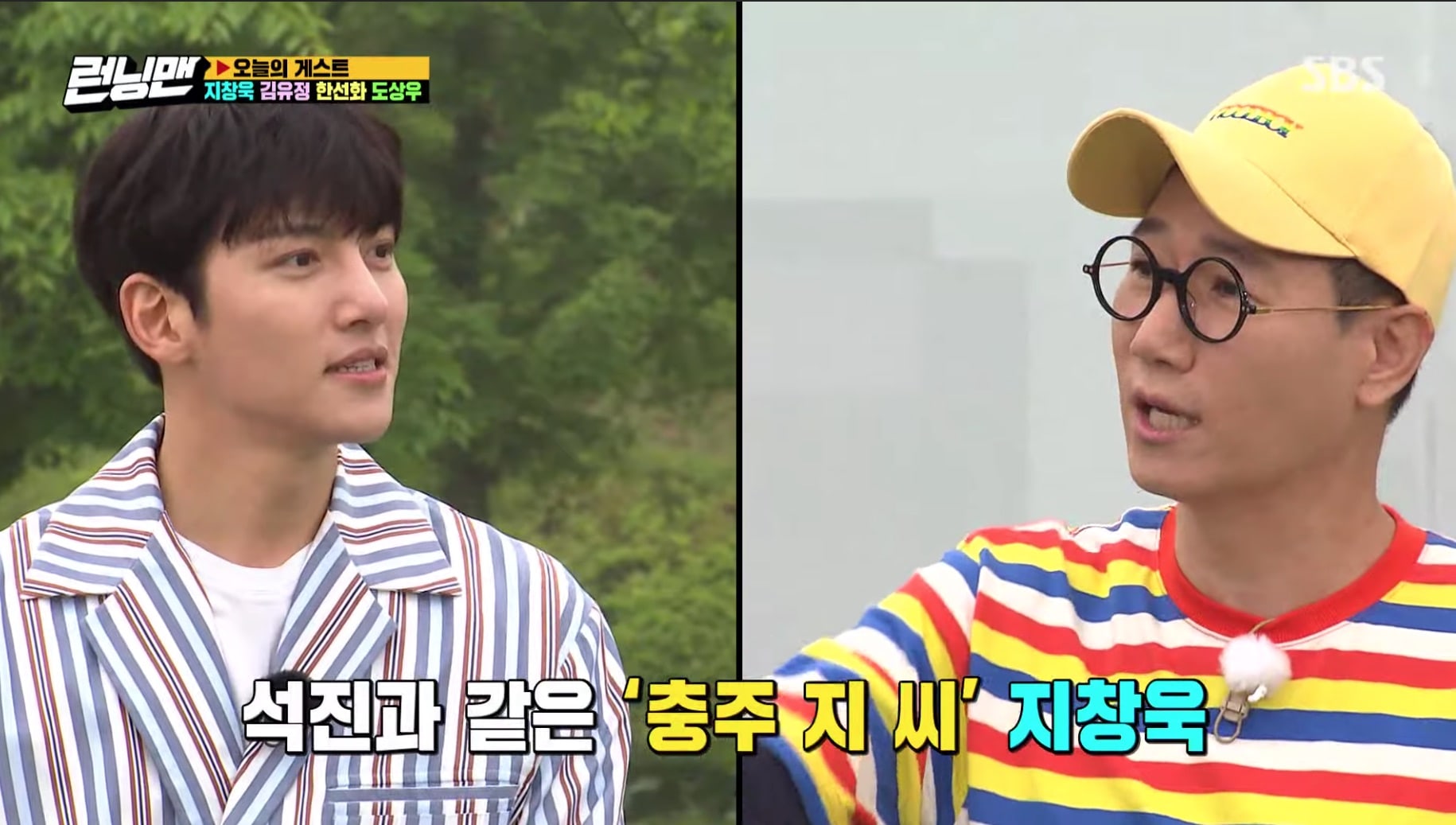