Hwasa has released a music video for her B-side track “LMM” from her first mini album “María”!

“LMM” is a message to oneself when one is feeling lost and wants to run away from everything. The lyrics say, “Even when the rain falls, a flower blooms.”

Watch the beautiful music video below:

On June 29 at 6 p.m. KST, the MAMAMOO member released her first mini album “María” along with the music video for the title track.

Hwasa participated in the composition and lyrics for the title track “Maria” along with producer Park Woo Sang. In the lyrics, she sings of being hurt by others but crying it out and standing up once again for herself.

MAMAMOO’s Hwasa has shared a highlight medley and a new image teaser for her upcoming solo mini album “María”!

Check out both the video and the new image below: 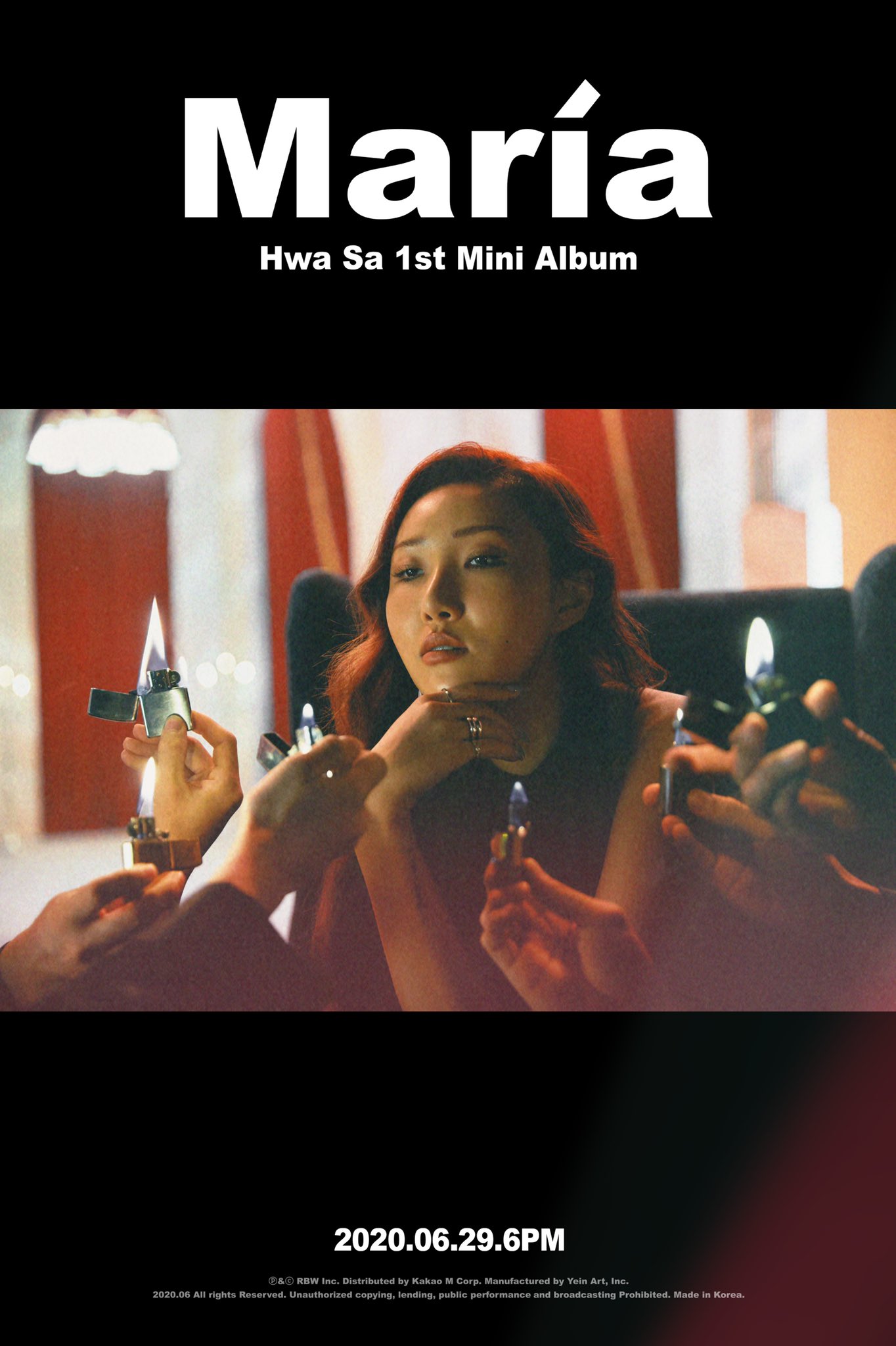 Hwasa revealed the second MV teaser for “María”! This is described as the “vita [life] version.”

Hwasa shared a teaser photo for her solo comeback with “María”! 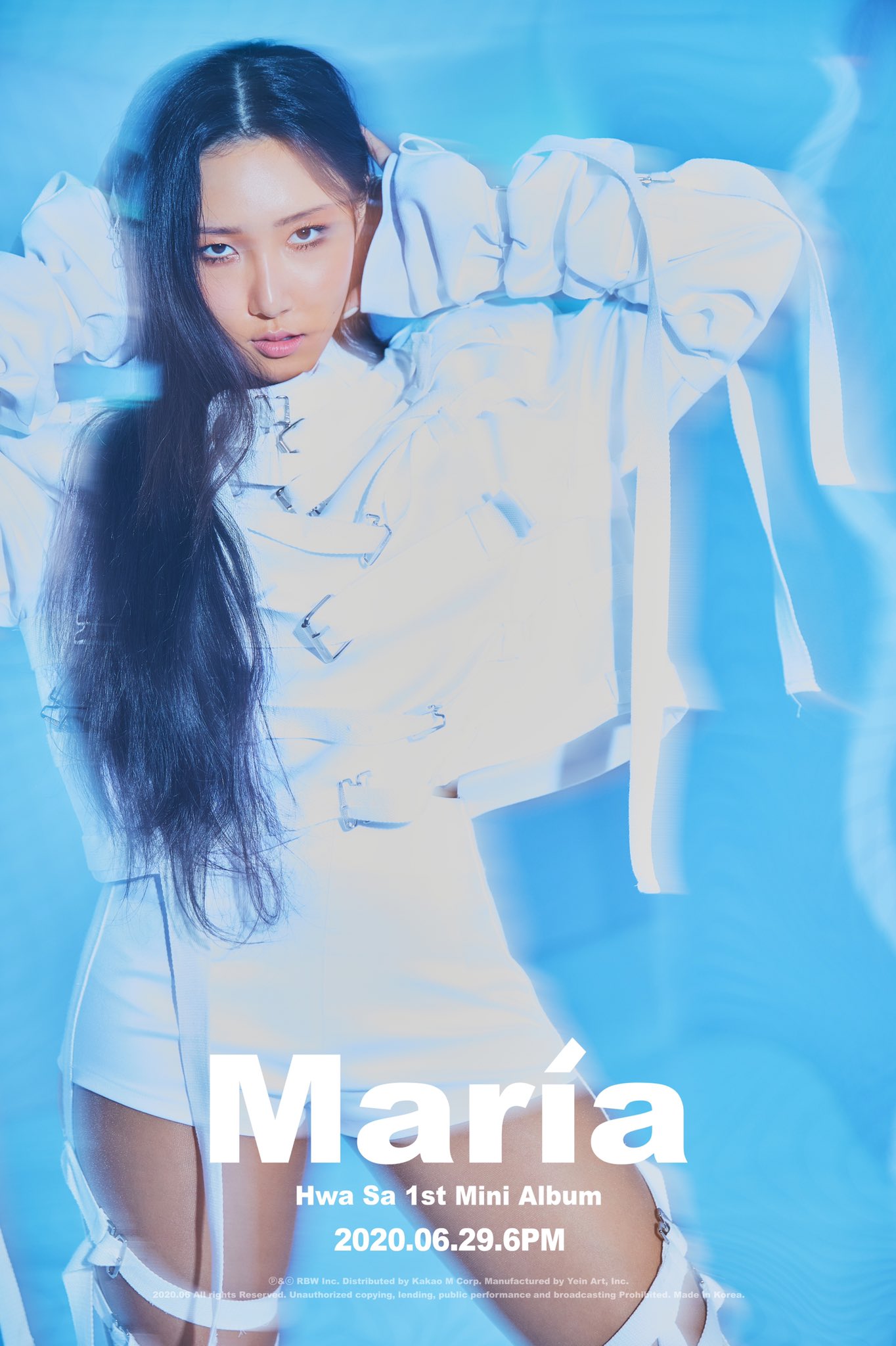 MAMAMOO’s Hwasa released a first MV teaser for “María,” with this video being the “morte [‘death’] version.” 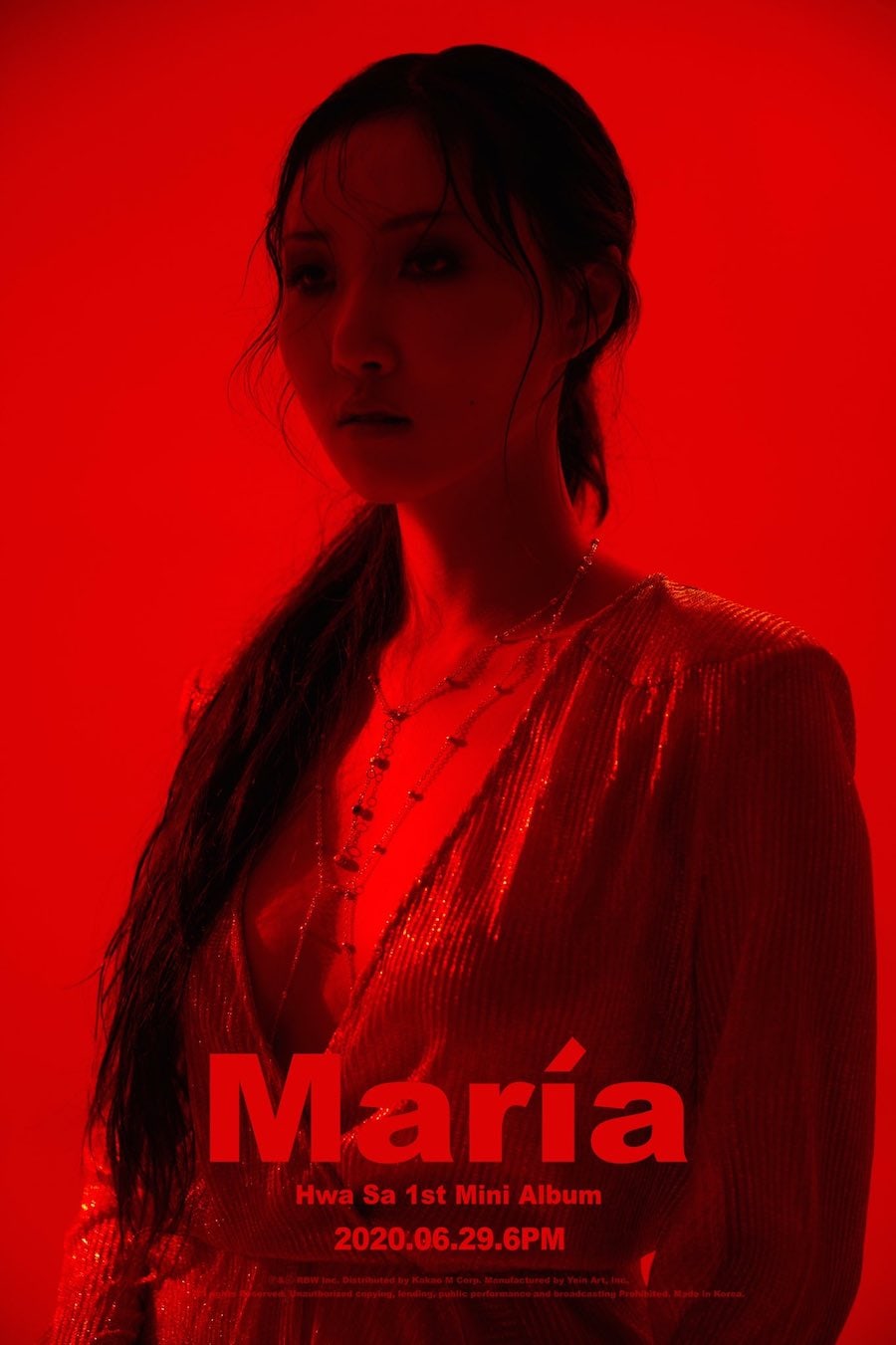 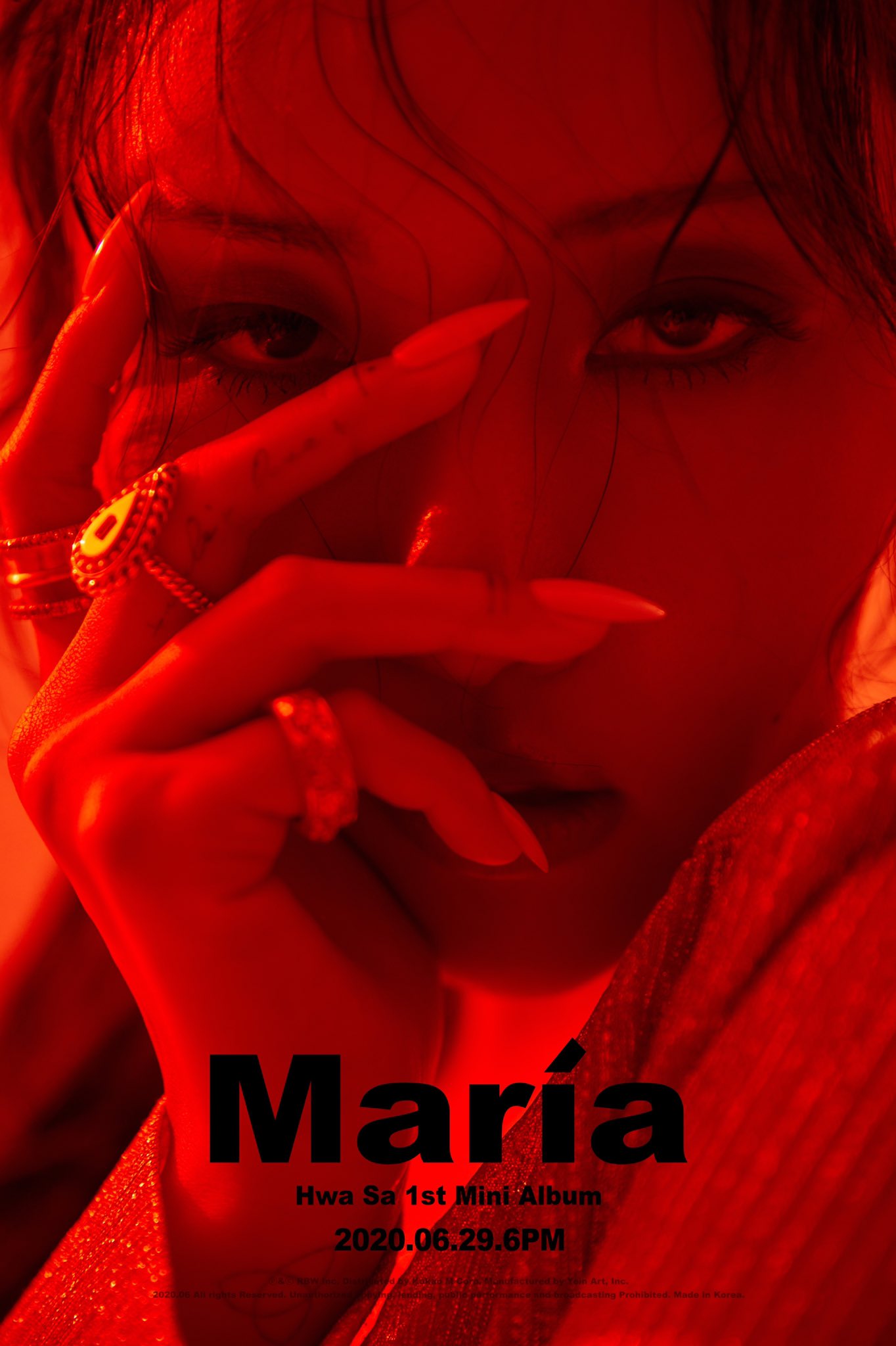 The upcoming mini album will feature a total of seven tracks, including the title track “María” and a new song produced by Block B’s Zico entitled “Kidding.” It will also include a song featuring rapper DPR Live.

Check out Hwasa’s full track list for “María” below! 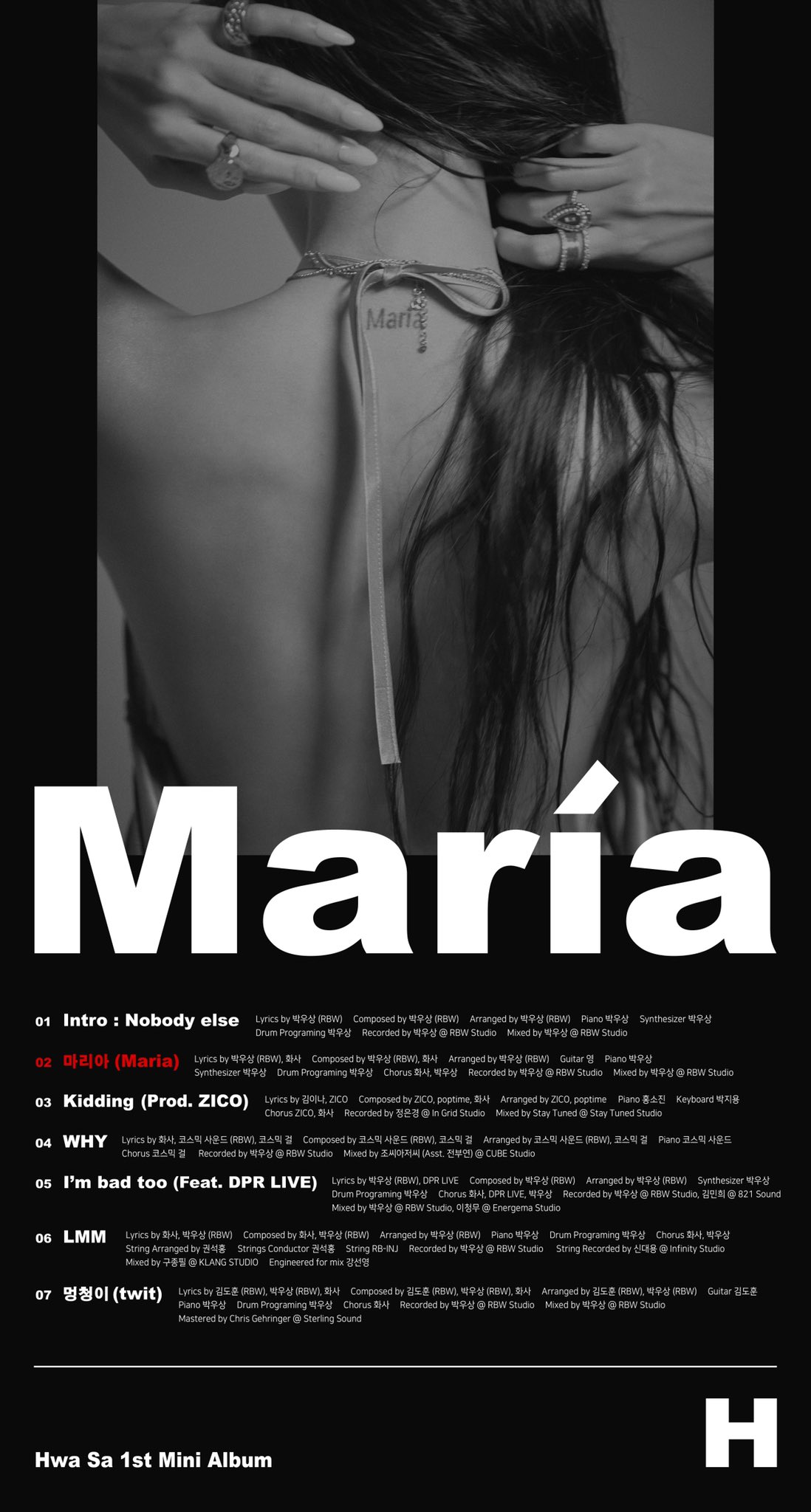 Another teaser image has been revealed for Hwasa’s solo comeback with “María”! 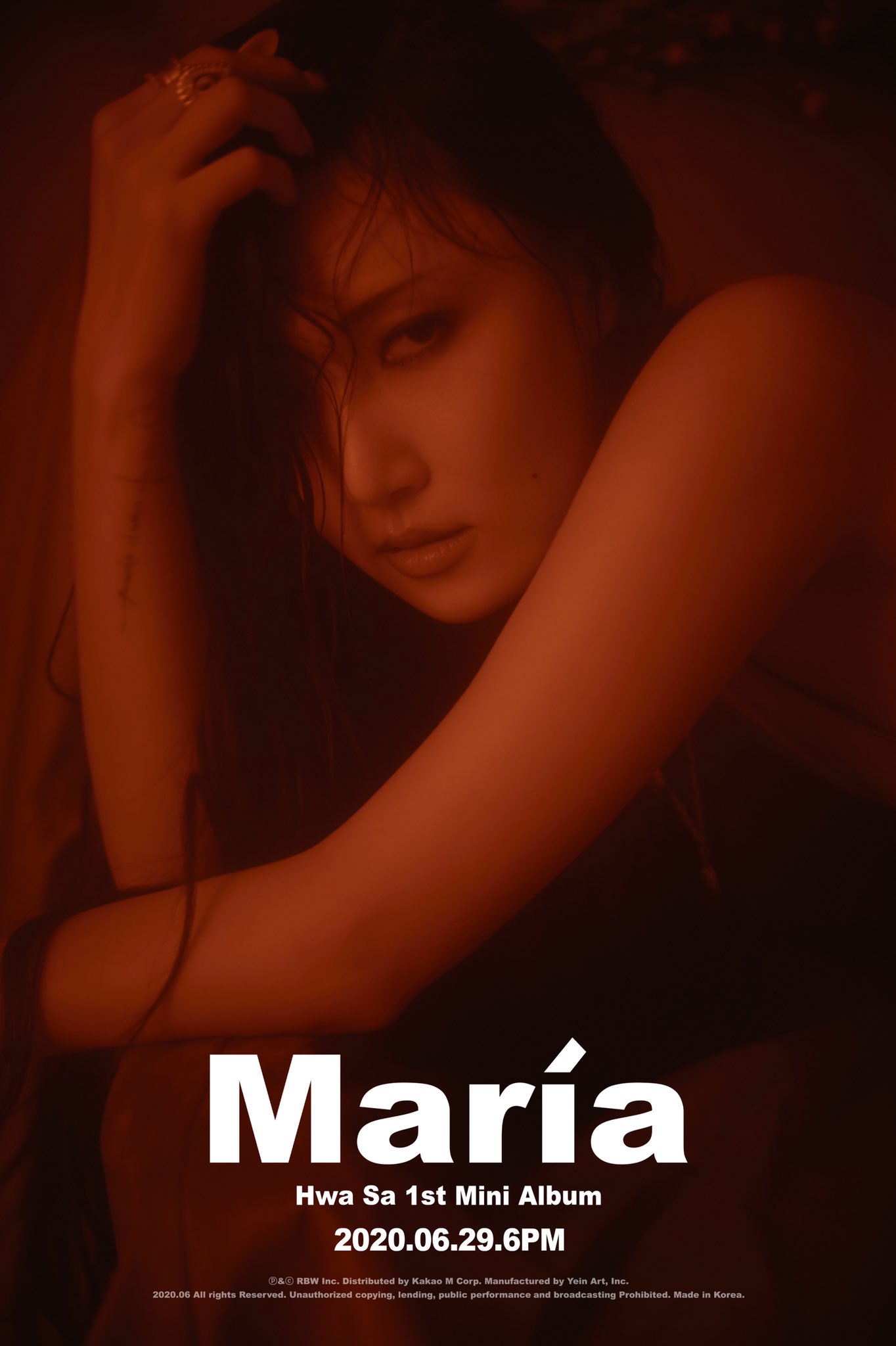 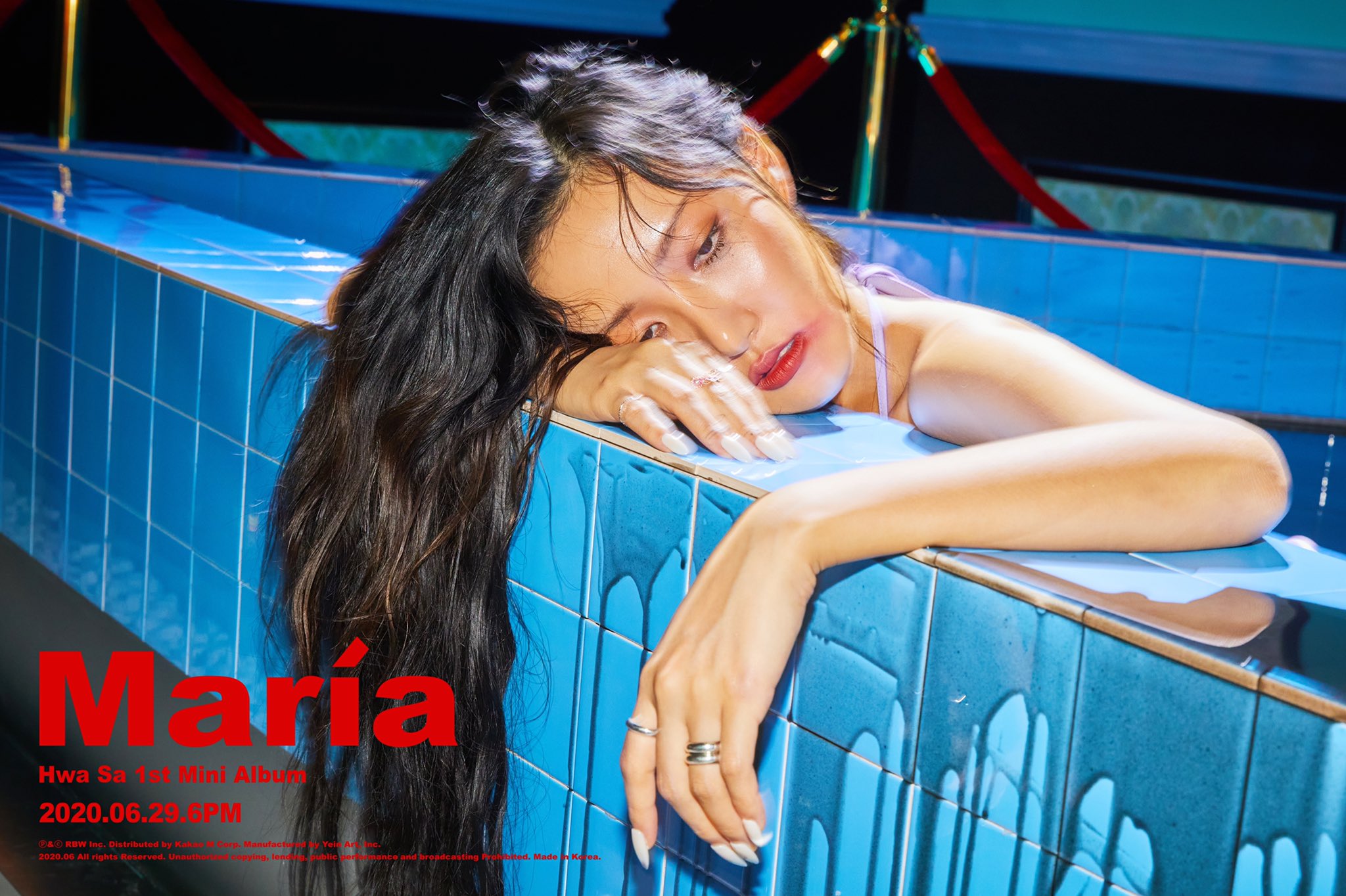 MAMAMOO’s Hwasa shared a touching intro titled “Nobody Else” to her upcoming mini album, “María”!

MAMAMOO’s Hwasa has officially announced her plans for her highly-anticipated solo comeback!

On June 15 at midnight KST, Hwasa released her first teaser for her upcoming return with her first solo mini album. She also revealed that the mini album, entitled “María”—after Hwasa’s baptismal name—will drop on June 29 at 6 p.m. KST. 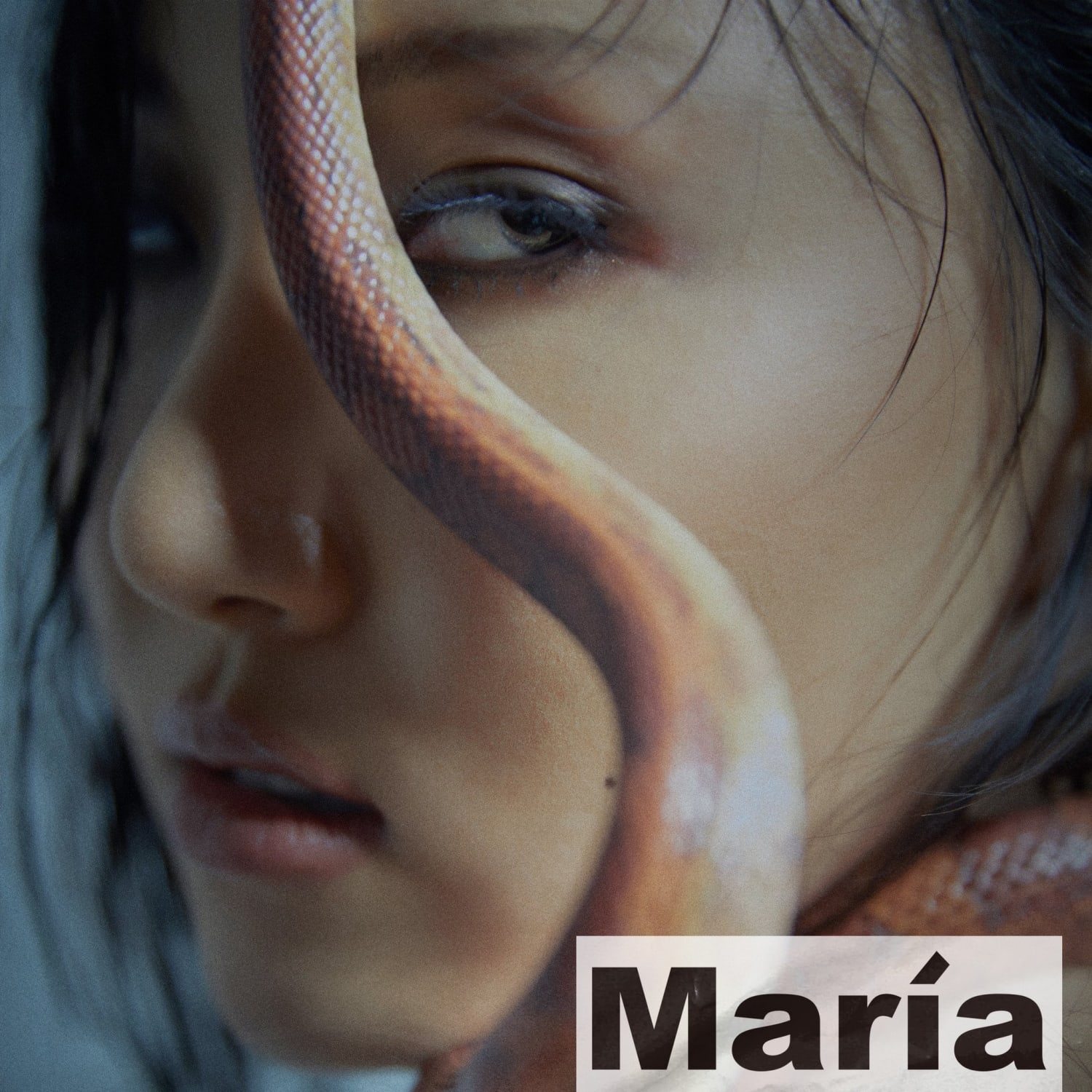 Hwasa first made her solo debut last February, when she released the smash hit “Twit.”

Are you excited to see Hwasa make her first-ever solo comeback? Stay tuned for updates!